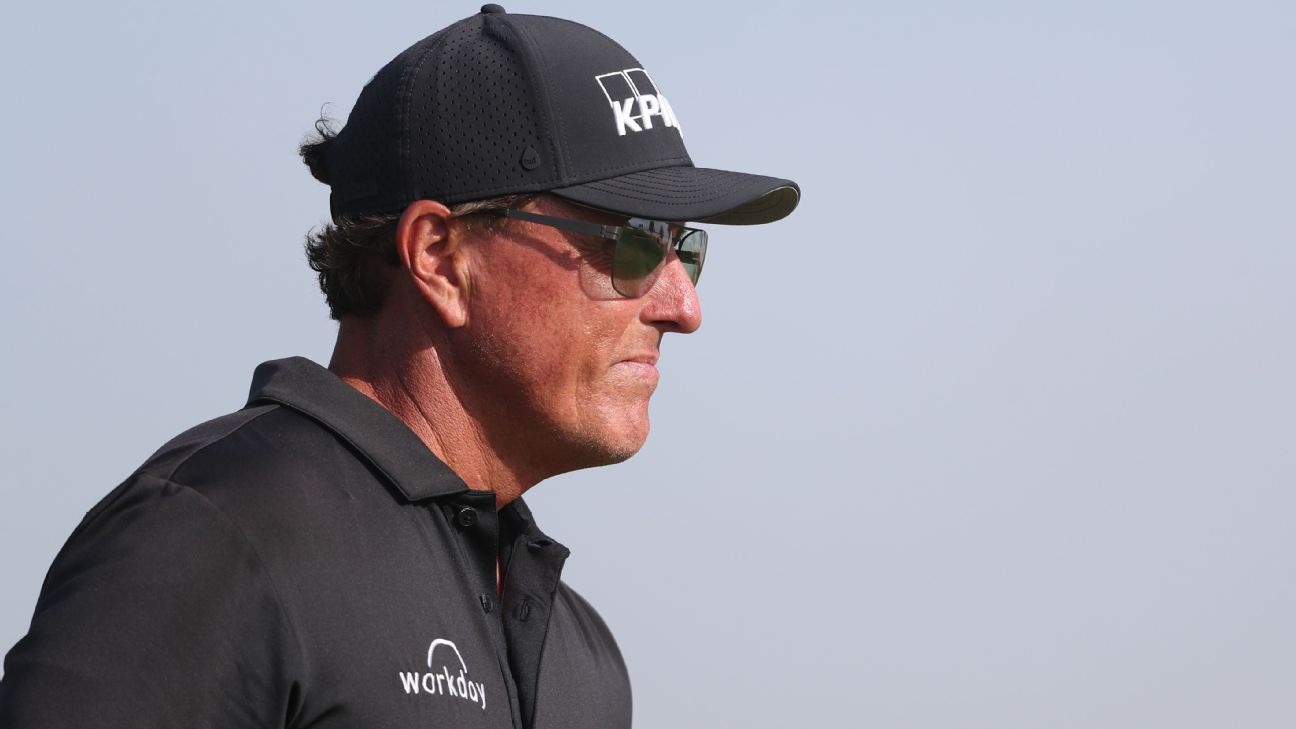 Three-time Masters champion Phil Mickelson will not play in next month’s tournament at Augusta National Golf Club, marking the first time since 1994 that he won’t compete there.

Mickelson, 51, had been listed among the participants until Monday, when his name was included among past champions who won’t participate. An Augusta National official confirmed to ESPN on Monday that Mickelson won’t take part in the event.

It would have been his 30th Masters start.

The decision comes with Mickelson embroiled in controversy since last month, when author Alan Shipnuck released an excerpt from his upcoming unauthorized biography of him, in which the six-time major champion criticized the PGA Tour and said he was involved in drawing up the working agreement for a breakaway league being financed by Saudi Arabia’s Public Investment Fund. In it, Mickelson described the Saudis as “scary” but said he was looking past their controversial history of human rights violations to gain leverage with the PGA Tour.

In response, Callaway paused its sponsorship with Mickelson, and KPMG, Amstel Light and Workday ended their relationships with him. The American Express tournament said he would no longer serve as its host and his foundation would no longer be associated with the event.

“Although it doesn’t look this way now given my recent comments, my actions throughout this process have always been with the best interests of golf, my peers, sponsors and fans,” Mickelson wrote in his apology. “There is the problem of off-the-record comments being shared out of context and without my consent, but the bigger issue is that I used words that do not reflect my true feelings or intentions.

“It was reckless, I offended people, and I am deeply sorry for my choice of words. I’m beyond disappointed and will make every effort to self-reflect and learn from this.”

He added that he was taking time away from golf “to prioritize the ones he loves most and to work on being the man he wants to be.”