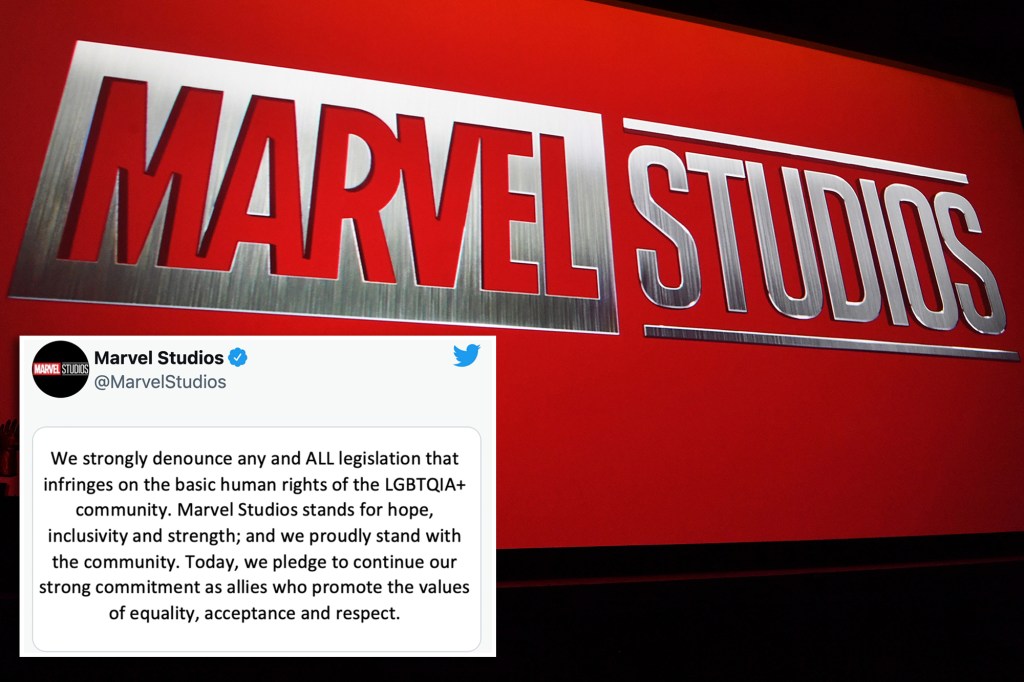 The heroes they deserve.

“We strongly denounce any and ALL legislation that infringes on the basic human rights of the LGBTQIA+ community,” they wrote. “Marvel Studios stands for hope, inclusivity and strength; and we proudly stand with the community.”

Marvel continued, “Today, we pledge to continue our strong commitment as allies who promote the values of equality, acceptance and respect.”

Their statement came after the Florida Senate passed the “Don’t Say Gay” bill, which would ban teachers from discussing LGBTQ topics like sexual orientation or gender identity with students until after third grade. Ron DeSantis say he plans to sign the bill into a law. 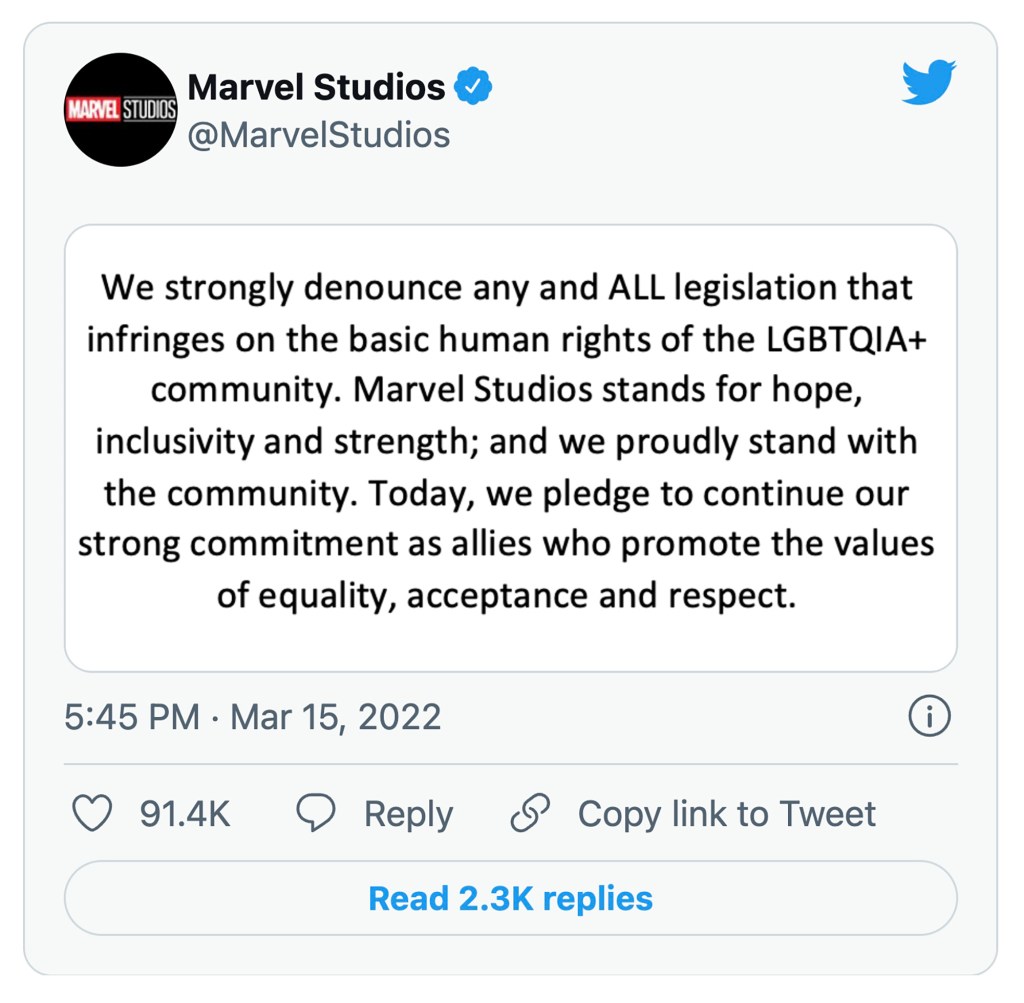 Last week, Disney CEO Bob Chapek came under fire after a memo leaked explaining a decision by the Mouse House to remain silent on the controversial legislation.

While the Disney brass stated that they “unequivocally stand in support of our LGBTQ+ employees,” they wrote that “corporate statements do very little to change outcomes or minds.”

“Instead, they are often weaponized by one side or the other to further divide and inflame,” they added. “Simply put, they can be counterproductive and undermine more effective ways to achieve change.”

The company also noted that they donated to state institutions that supported the bill. 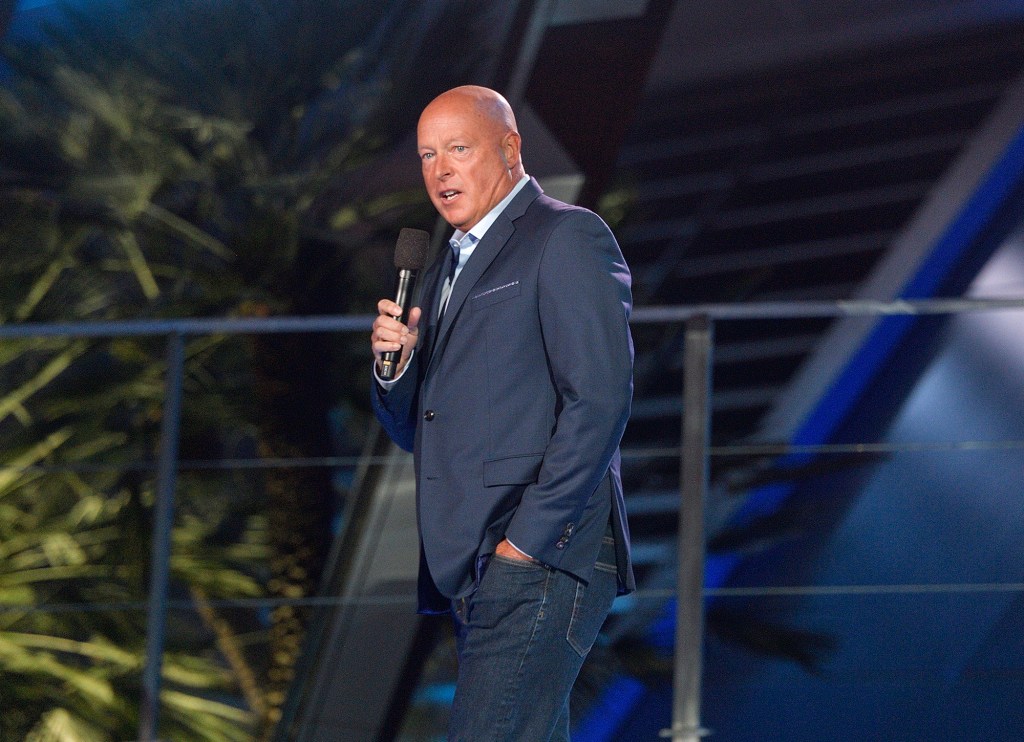 Bob Chapek, CEO of the Walt Disney Company during the opening ceremony for Avengers Campus inside Disney California Adventure in Anaheim, CA, on Wednesday, June 2, 2021.MediaNews Group via Getty Images

However, following an internal backlash from employees, Chapek apologized Monday for not taking a stand, writing: “You needed me to be a stronger ally in the fight for equal rights and I let you down. I am sorry.”

“Our employees see the power of this great company as an opportunity to do good,” said the Disney boss, who has since pledged to pause political donations in the state of Florida. “I missed the mark in this case but am an ally you can count on—and I will be an outspoken champion for the protections, visibility and opportunity you deserve.”

However, this mea culpa proved too little too late for Disney employees, who staged a walkout to protest Chapek’s perceived inaction.

“By supporting the politicians who brought this legislation and not taking a public stand against it, Chapek and [The Walt Disney Company] leadership have made it clear they are more than willing to sacrifice their employees’ health and wellness in service of the bottom line. We will not stand for this anymore,” the demonstration’s organizers wrote in a statement. 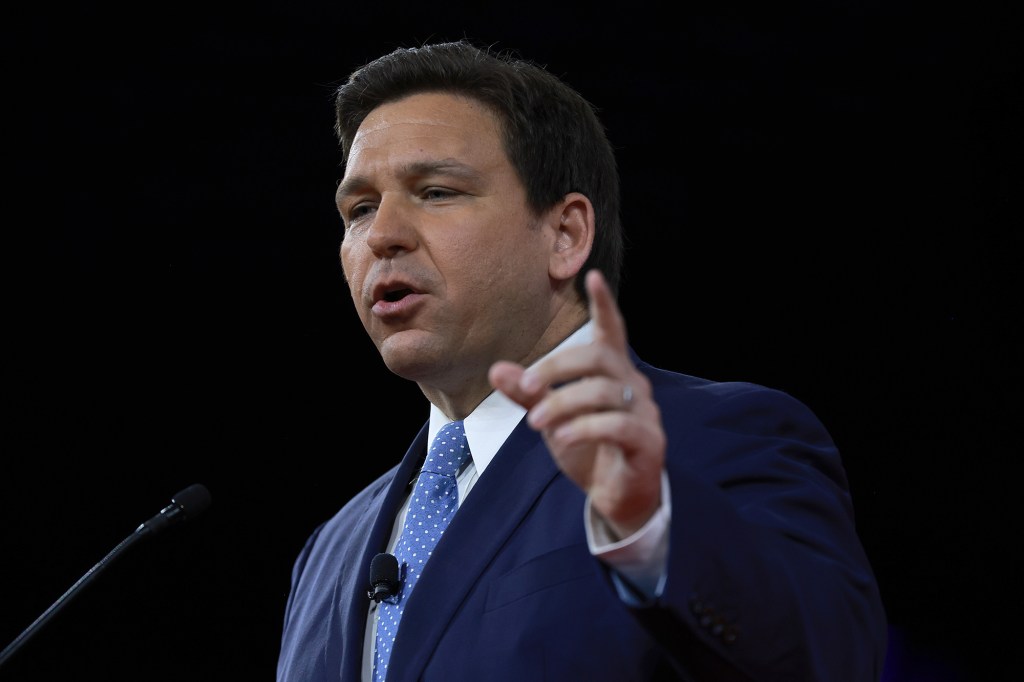 “Companies that do business in Florida, Texas, and the dozens of other states considering anti-LGBTQ legislation not only have a responsibility to speak out for their LGBTQ customers and employees, they also have a real opportunity to educate the public about these unpopular and harmful bills and stop them from becoming law,” Ellis said.