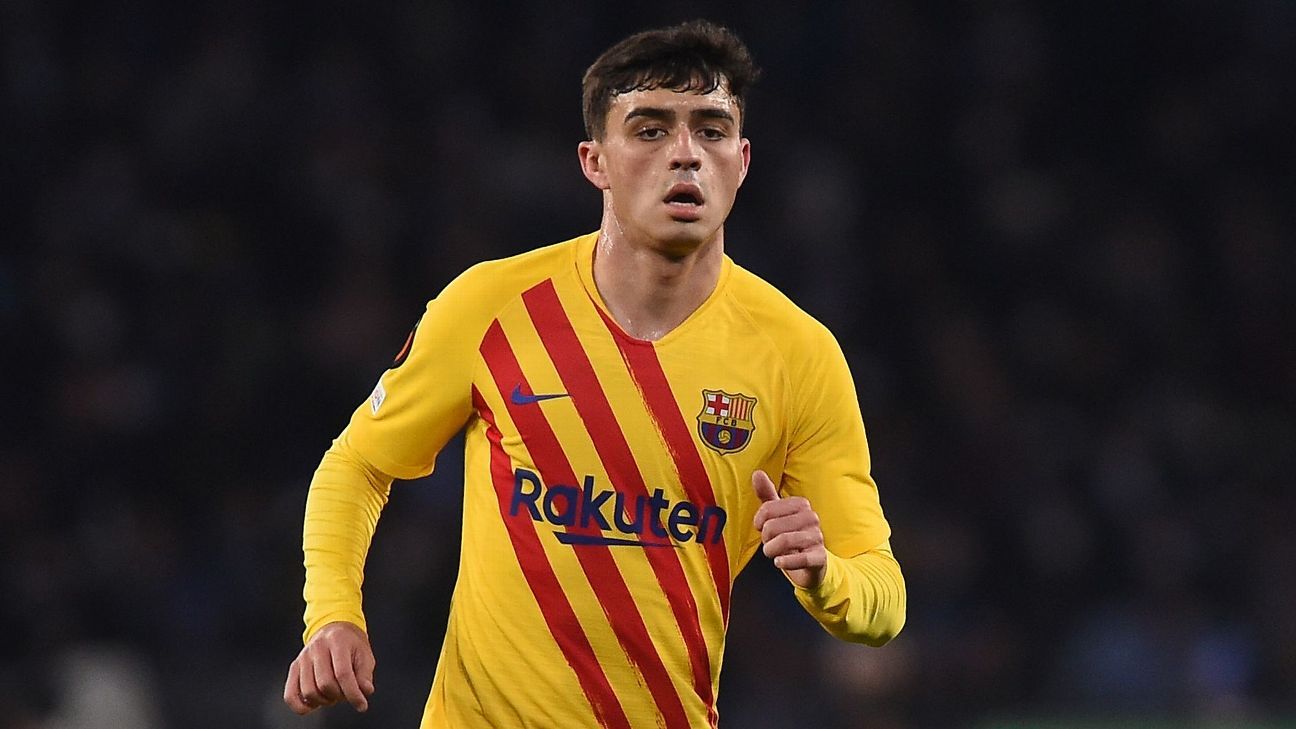 When Real Madrid and Barcelona run out on to the pitch at the Bernabeu to contest Sunday’s Clasico (stream LIVE at 4 p.m. ET on ESPN+ in the U.S.), there will be a different look to this edition of the famous fixture between the two great LaLiga rivals.

That’s because, for the first time in 249 competitive meetings between them, both clubs will be wearing away kits rather than Madrid’s iconic all-white uniform and Barca’s distinctive blue-and-red stripes.

Despite the game being played at the Santiago Bernabeu in the Spanish capital, Madrid will wear a change strip which was released this week. Carlo Ancelotti’s side will be dressed in black, as part of a collaboration with Y-3 — which is itself a partnership between Adidas and Japanese fashion designer Yohji Yamamoto — to celebrate the club turning 120 years old.

Barca, meanwhile, will wear their away kit on Sunday, which is yellow with four red brushstrokes across the front. The colours are taken from the Catalan flag, known as La Senyera.

Both sides are so inextricably linked to their famous colours that they have become their nicknames: Madrid are often known as Los Blancos, while Barca are regularly referred to as the Blaugrana — and the clash of those two sets of colours on the pitch has become synonymous with El Clasico. As you might expect, fans have not reacted well to the teams’ decisions to break from tradition this weekend.

“Absolutely dislike this,” Marca journalist Alejandro Segura tweeted. “This is not a Clasico whatsoever.”

One Barcelona supporter bemoaned that “the business side of football is taking over everything,” in reference to clubs and brands looking to make money from second, third and even fourth kits each season.

A Madrid fan added: “I feel that neither Barca nor Madrid are giving any importance to this Clasico. It’s very ‘decaffeinated.’ They are not even playing for pride, that’s why they are [wearing] these kits.”

One cheeky post, presumably from a Barca follower, quipped: “Both teams paying homage to what they most love, Barcelona to Catalonia and Madrid to the referees that have helped them so much. A nice gesture.”

This is not the first time that Madrid or Barca have split opinion among their own fans when it comes to their kits.

Real Madrid’s iconic all-white home jersey doesn’t leave much room for experimentation, but the club have become increasingly adventurous over the last decade when it comes to the designs of the team’s second and third kits.

The third kit for the 2013-14 season — to be worn in European competition — was an eye-watering bright orange, the first time the team had ever worn the colour. It was presented by a youthful-looking Karim Benzema, Marcelo and then-new signing Gareth Bale on a roof terrace opposite the Santiago Bernabeu. “Hopefully it will give us the energy and strength to win Champions League matches,” an impressed-sounding Marcelo said. Whether it was down to the kit or not, Madrid would indeed go on to win their 10th European crown that season.

The 2014-15 campaign brought not one, but two daring designs. In another first, the second jersey was pink, although the club described it as fuchsia. More exciting still was the third kit that year, another all-black kit designed by Yamamoto. The black jersey featured two dragons — the “dragon king” who was said to represent “the club’s greatness and glory” and the “bird dragon” which, the club said, was “an animal capable of adapting to the most hostile situations, just like Real Madrid.”

More recently, Madrid’s third kit in 2020-21 was another fashion-conscious choice, an elaborate black-and-grey design accented with pink trim. It boasted an equally detailed backstory, with the club saying the design was “linked to the roots and traditions of Madrid” and “inspired by the paintings on the ceramic tiles that grace the city.”

As for Barca: you can’t go wrong with blaugrana stripes, can you? Right? Wrong. Barcelona, tired of their traditional vertical stripes and seeking innovation, have started to test out different designs in recent years. Most of them have been met with fan criticism. There was outrage in 2015-16 when, on the back of a Treble-winning season, they switched to horizontal stripes for the first time in history.

Four years later, ahead of the 2019-20 campaign, there was disbelief when they released a checked home shirt, akin to the Croatian national team’s jersey.

However, as with most clubs, it’s the away kits that have been the most experimental. The 2012-13 “tequila sunrise” kit, as it became known, is perhaps the most memorable.

Orange gradually mixes with yellow as you gaze down the shirt, taking you back to cocktails on the beach in the summer.

The colour orange often serves as inspiration as a nod to the kit worn by Barca when they won their first European Cup in 1992.

The big V-neck number from that night at Wembley, complete with blaugrana detail, will always carry special memories for the club’s supporters, however garish it was.