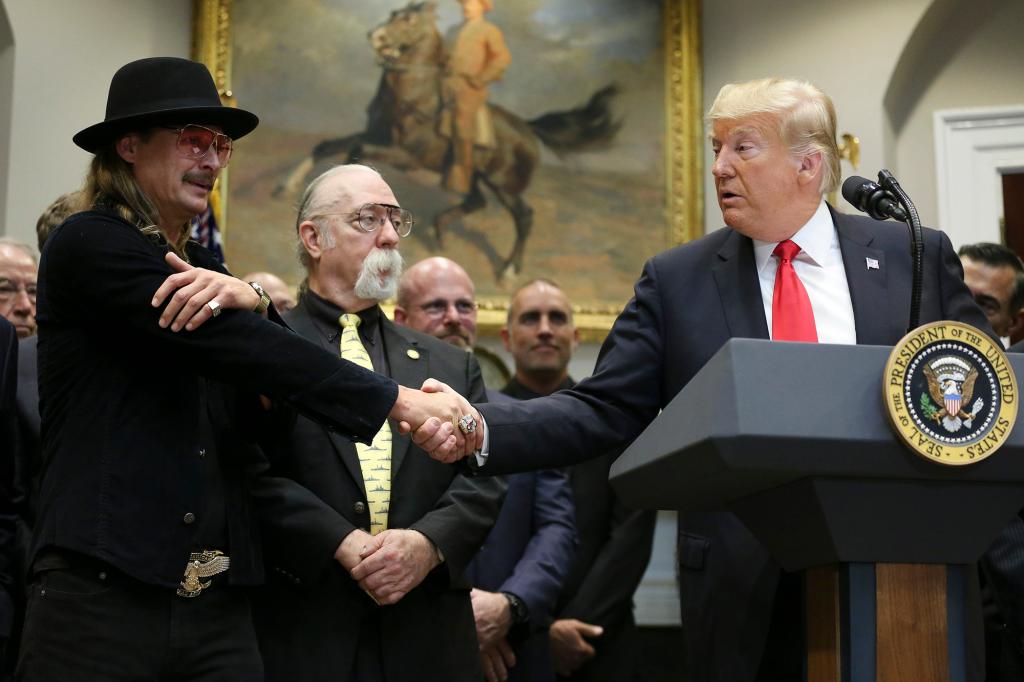 Kid Rock kicked off his 2022 national tour with a video introduction from pal and former president Donald Trump.

Before the “All Summer Long” singer took to the stage at the Ford Center in Evansville, Indiana Wednesday night, Rock played a video message from the 45th President.

“Hello, everyone. I love you all. I know you’re having a great time at the Kid Rock concert tonight,” Trump says to the cheering crowd in the short clip above [warning: it features some strong language]. “Quite frankly, he’s amazing. All of you in attendance are truly the backbone of our great country. Hard-working, God-fearing rock-and-roll patriots.”

“Bob is truly one of the greatest entertainers of our time,” he said, referring to the rocker by his real name, Bob Ritchie. “Not the best golfer by any means, his golf game could use a little work, but a great, great entertainer, and that’s why you’re there.”

“Let’s all continue to love one another, fight for our God-given freedoms, and most of all, let’s make America rock again,” the ex-president concluded, putting on a red MAGA-style hat that reads “Make America Rock Again.” 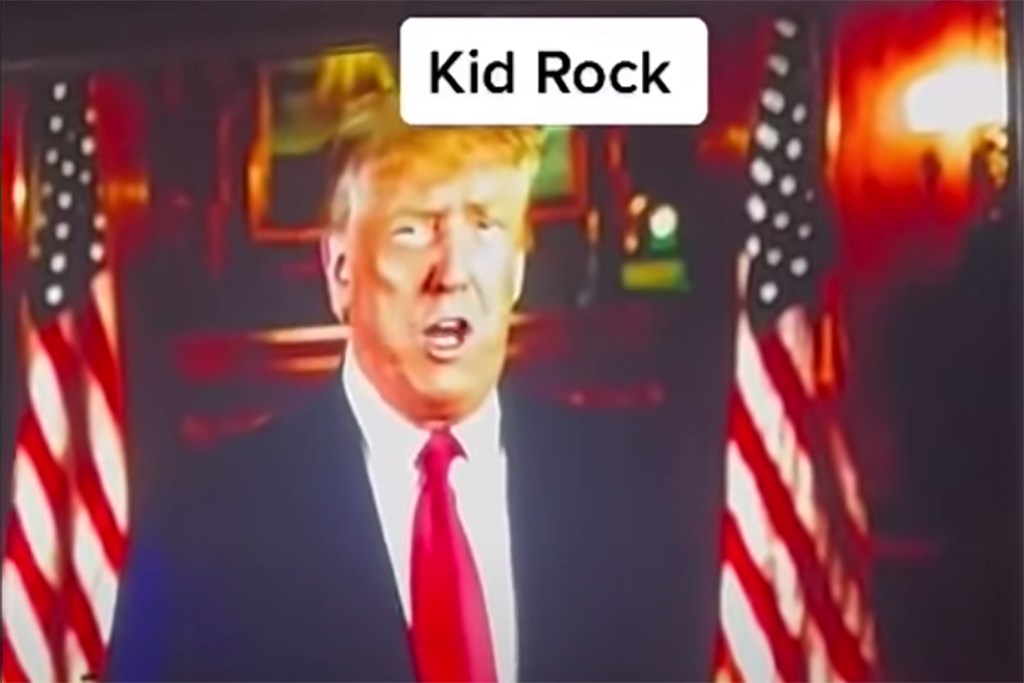 As soon as Trump finished his address, the stage lights went on and Rock broke into his inflammatory new song “We The People” — which bashes President Joe Biden and Dr. Anthony Fauci over vaccine mandates and other policies — off his new album “Bad Reputation.”

Rock has been an outspoken supporter of Trump since 2016 and has headlined rallies for him. 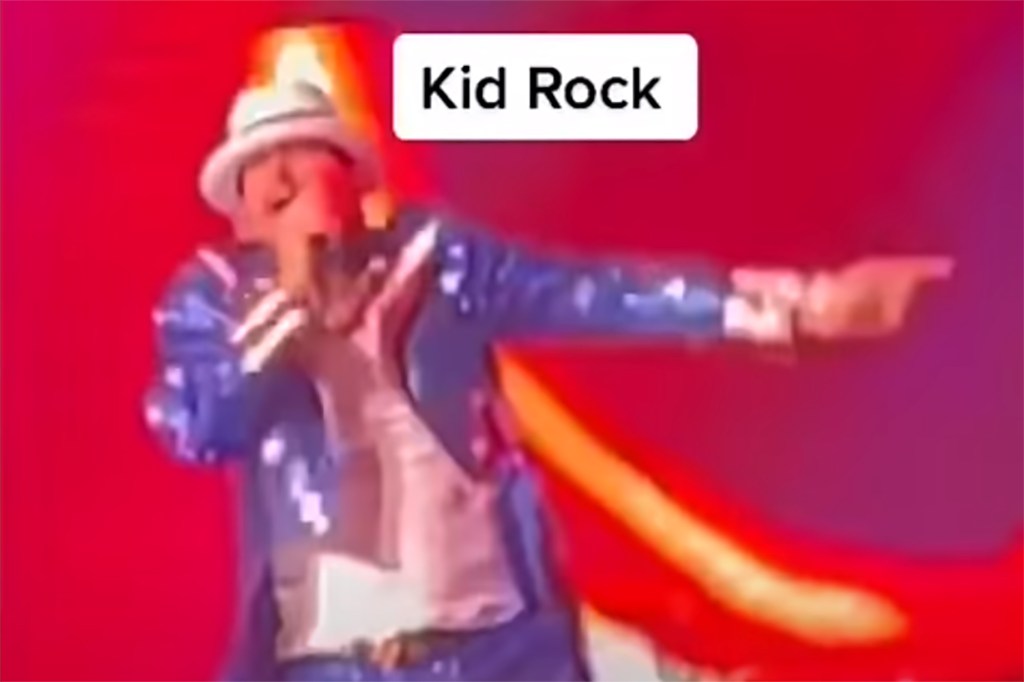 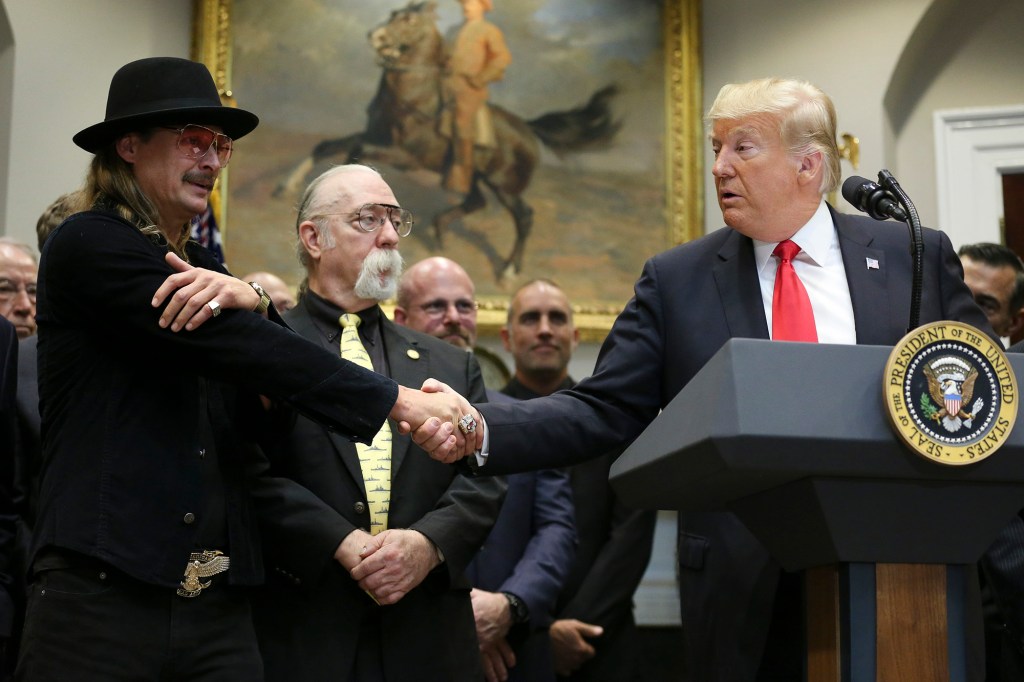 During an appearance on Fox News’ “Tucker Carlson Tonight” last month, Rock described hanging out with the Trump as “awesome,” and said the former president once asked him advice on how to handle ISIS and North Korea while out on the golf course.

Previous post Most Popular Types of Automatic Gates for Your Home