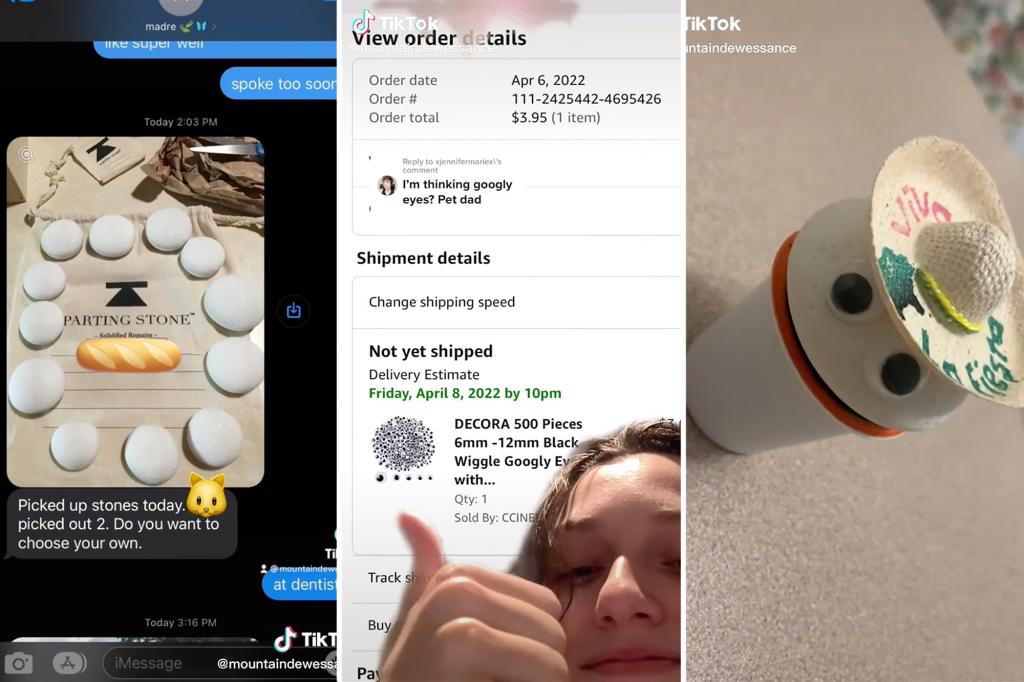 Her dad’s ashes were turned into rocks, so she rolled with it.

A woman has touched the hearts — and funny bones — of more than 1 million TikTok users after sharing her emotional response to learning that the cremated remains of her late father had been pressed into several keepsake stones.

So she did the only truly great thing one could do with her rock: She gave it googly eyes.

Prefacing that her family was “still trying to recover from” her father’s passing this past December — and that she’d been “waiting” a long time to get the ashes — she continued for the reveal: “They made my dad into f - - king rocks! Solidified remains.”

“That is my dad and they made him into rocks! … What the f - - k?” she said, ending one of a series of videos that way, her facial expressions somewhere between laughing and crying. 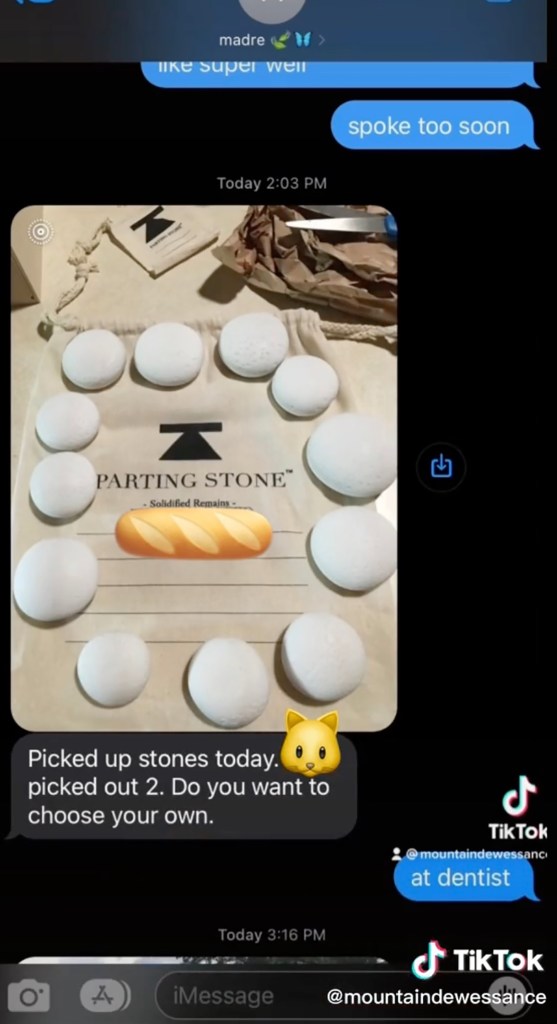 Her dismayed reaction led some viewers to believe she might be upset by the sedimentary sentiment. TikTok/ @mountaindewessance

Glib but well-meaning rock-related puns amassed in the comments section (“Your dad really rocks!”), but one gag stood out.

The bereaved TikToker, @mountaindewessance, soon followed up to say she was since actively shopping for the suggested crafts online. 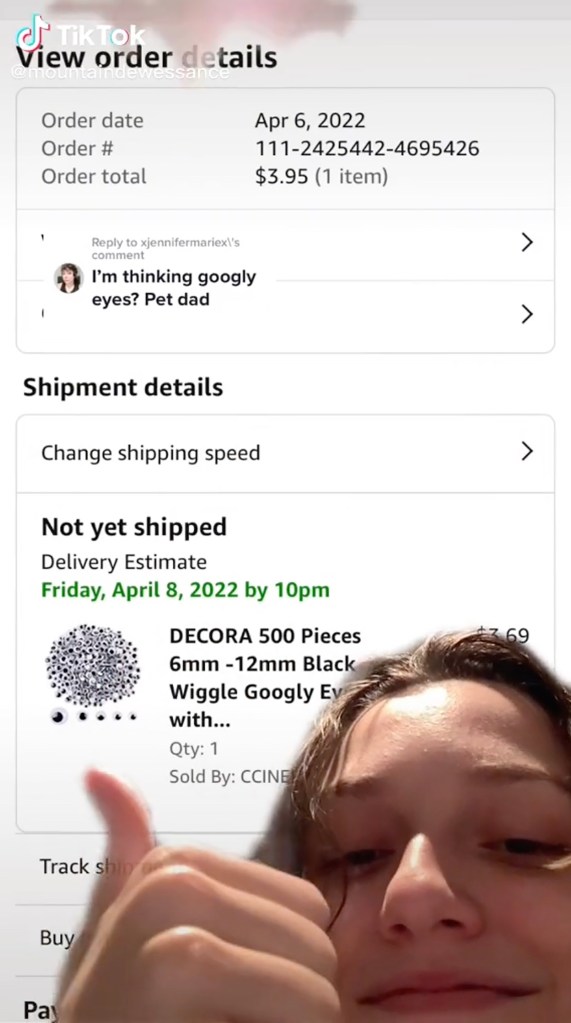 One viewer inspired the grieving TikToker to dress up her dad’s stone remains.TikTok/ @mountaindewessance

The result became both cathartic and hilarious. After a period of anticipation while waiting for her rock — and his eyeballs — to arrive, she finally debuted her father’s hardened legacy.

In the latest video, the rock — wearing an oversized pair of googly eyes and a tiny sombrero reading “Viva La Fiesta” — was shown gliding into the frame, to the sheer delight of her earnest followers.

“I’m glad you’re embracing this. It seemed like yours were mad at your mom but this is a really sweet way to remember someone,” one said.

The creator insisted she was “not mad at all” and loved her mom’s sentiment.

Another assured the grieving TikToker, “If your dad was the typical dad-joke loving dad, he’s 100% on board with this.”