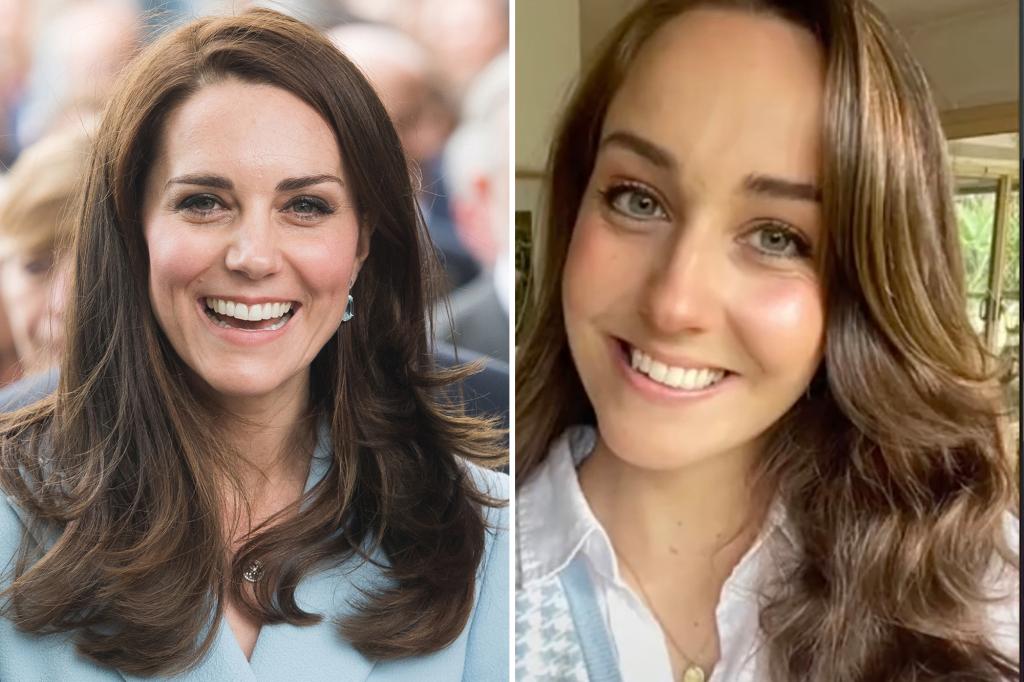 Brittany Dixon, an artist from Queensland, Australia, is causing cyber spectators to do a double take, owing to her eerily spot-on resemblance to the Duchess of Cambridge, Kate Middleton.

And the now-viral creative may soon be putting down her paintbrushes and picking up a British accent to portray the royal ravisher in an upcoming season of Netflix’s “The Crown” — the award-winning drama that chronicles the life of Queen Elizabeth II from the 1940s through modern times.

“Okay, you all are bullying me into actually doing this,” penned Dixon in the caption of a trending TikTok post with millions of likes, which featured side-by-side snapshots of her and Middleton, 40.

The caption came in response to a deluge of commentators urging Dixon to answer Netflix’s recent digital casting call for Middleton look-alikes. 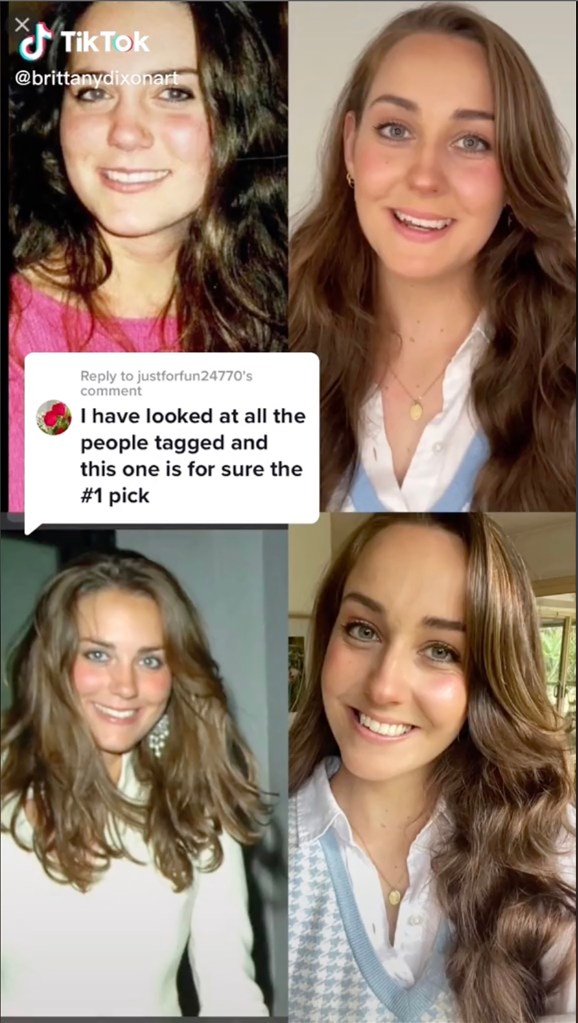 Australian artist Brittany Dixon is going viral due to her shockingly close resemblance to the Duchess of Cambridge Kate Middleton. TikTok/@brittanydixonart

“We’re looking for a young Kate Middleton, 18-years-old, to play her in Netflix’s series ‘The Crown,’ ” casting director Monica Rivera said in a separate clip.

In her video, Rivera also shared a screenshot print-out of the role’s requirements, which seeks women who bare a “strong physical resemblance” to the distinguished diva, who married Prince William in 2011.

“I know exactly who you’re applying for no backstory needed – you’re twins!,” said a supporter. “If you, her identical twin, [do] not get the part … I give up,” laughed another. 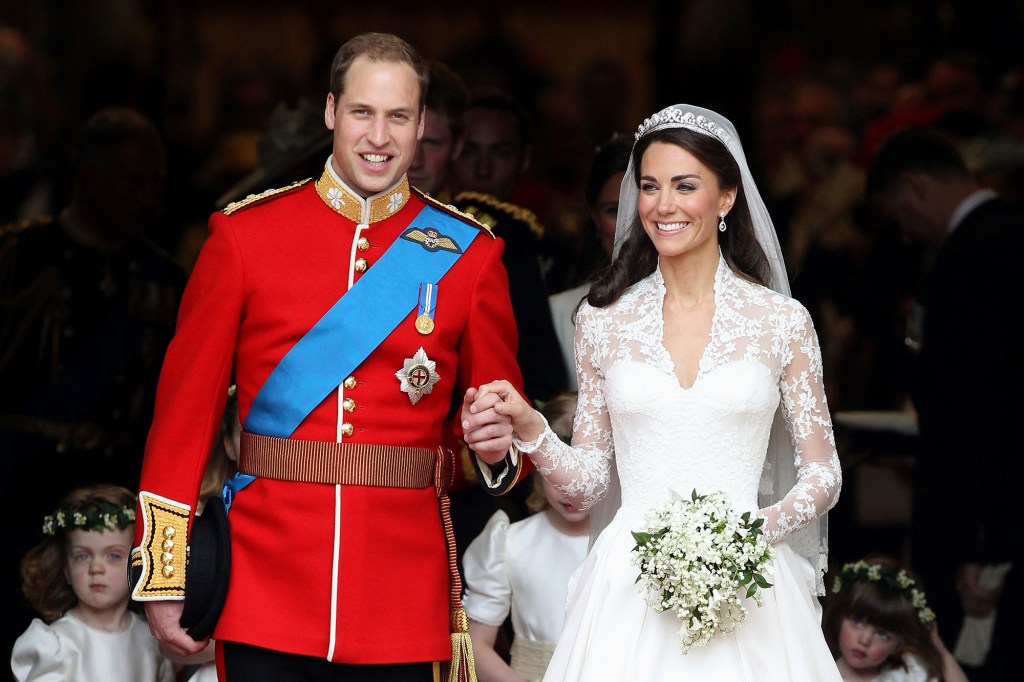 A casting director released an open digital casting call for women with a “strong physical resemblance” to Middleton to apply to play her in Netflix’s “The Crown.” Getty Images

“Please remember me when you’re rich and famous on ‘The Crown’ @Netflix,” another advocate joked.

And thanks to the many not-so-subtle nudges from social media campaigners, Dixon created a follow-up clip, revealing that she has, in fact, tossed her hat in the ring for the prestigious gig.

“They just wanted a selfie, some general information and a 30-second video of me talking about something I love — obviously I talked about painting.” 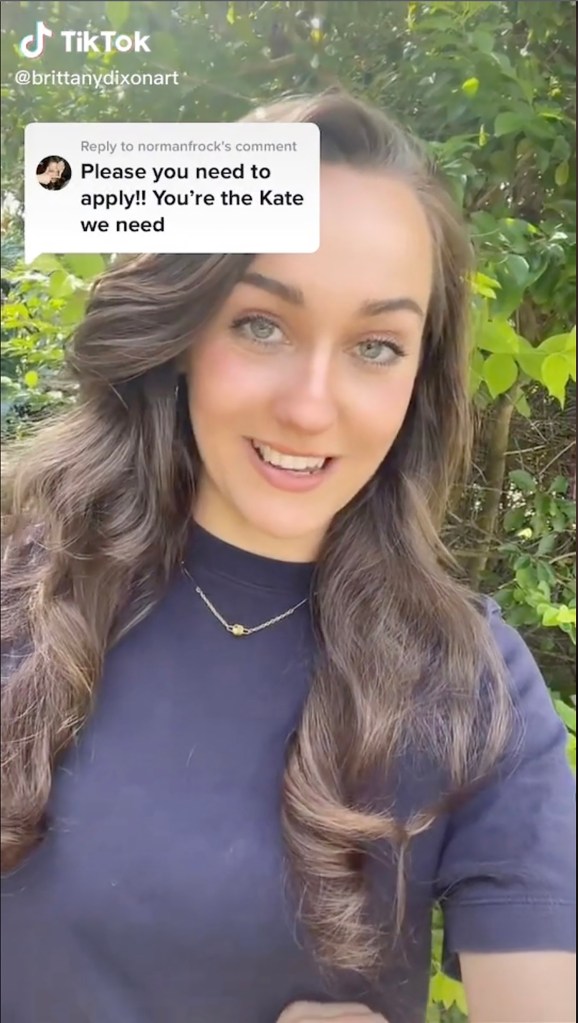 “So, we’ll see how it goes. We’ll see if [the Netflix casting directors] even see it,” she added before thanking her followers for encouraging her to take the leap.

“Thanks guys for being so nice,” she said. “Back to painting.”