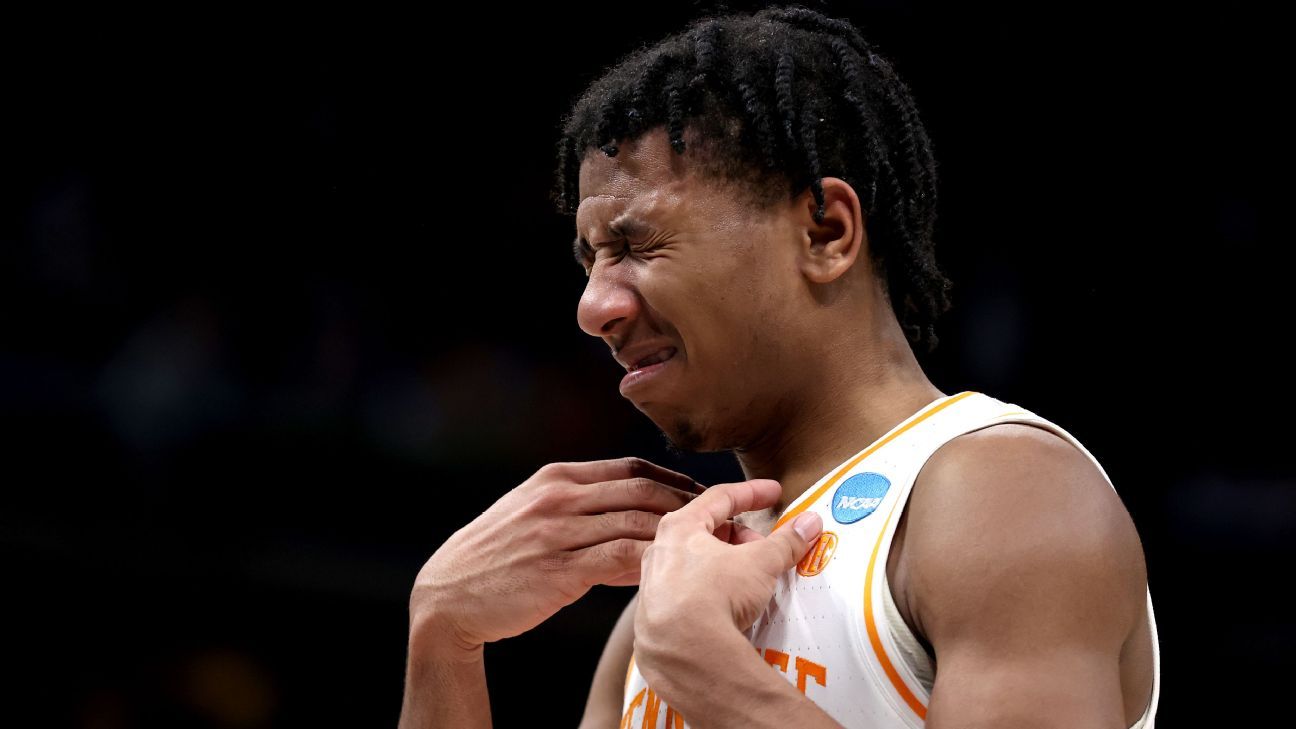 INDIANAPOLIS — The video had gone viral on social media before Michigan coach Juwan Howard had even celebrated the 2022 NCAA tournament win with players, and well before he hugged former Fab 5 teammates Chris Webber and Ray Jackson as he made his way to the locker room.

Howard was going through the handshake line — the same kind of line where his actions landed him a suspension some four weeks ago — when he stopped and embraced Tennessee freshman guard Kennedy Chandler.

Howard hugged and talked to the very emotional Chandler after his 11-seed Wolverines upset the 3-seed Volunteers 76-68 to move to the Sweet 16 for the fifth straight year.

“He said to keep my head up,” Chandler said. “It’s tough for me, and he knew I wanted to get the win. I know him. I’ve played with his son since, like, fourth grade. So I know him for a long time. He’s a great coach. I love him. He told me to keep my head up and you played your heart out, that’s what he told me.”

It’s only fitting that so much attention was brought to this moment, considering what Howard endured after he struck Wisconsin assistant coach Joe Krabbenhoft in the head following an animated exchange in the postgame handshake line Feb. 20. This time, Howard was not only showing good sportsmanship to the opponent, he also took on a father-figure role with Chandler because the Tennessee guard played AAU basketball with Howard’s youngest son, Jett.

“Kennedy is an elite player, and he’s one of the best guards in the country,” Howard said. “I got a chance to know Kenny back when my youngest son, Jett, and Kennedy played in AAU, and they won the LeBron James tournament in Ohio. So we had a relationship back then.

“Just watching his growth, I’ve always been impressed. We recruited him and unfortunately we weren’t that lucky. But to see the output, the effort, the growth and being able to produce like that on the floor and how he led his team in a special way — I gave him words of encouragement. It shows his emotion, that he cares. As coaches, you appreciate that.”

Emotional at times is what Howard has been since that late February incident. The Wolverines played their final five regular-season games without their coach, blew a double-digit lead to Indiana in the Big Ten tournament and came from 15 points down to beat No. 7 seed Colorado State in the opening round of the NCAA tournament Thursday before defeating the Volunteers on Saturday. Michigan has also won two straight games for the first time since the middle of February.

“There wasn’t really any doubt that this team is special,” said guard Eli Brooks, who scored 23 points. “We have a good group of guys that have the same drive, the same passion. And that’s a credit to Juwan, the coaching staff, finding those guys out there that you like to be around. There wasn’t a second that anybody shied away, and [everybody] bought into the system, and we’re in the Sweet 16. So it’s good to see.”

Complete your bracket by selecting the winner in each of the games in the NCAA tournament from the Sweet 16 to the championship. Tournament Challenge Second Chance

Howard, who has led the Wolverines to the Sweet 16 for the second time in his three seasons as coach — the 2019-20 campaign was cut short due to the pandemic — celebrated the first-round victory with former Fab 5 teammate Jalen Rose. Webber and Jackson were there for support in the second round.

“It was a beautiful moment to be here and to be with guys that I’ve been in the trenches with, Chris Webber, Jalen Rose, Ray Jackson, and then to see my big brother, Mark Hughes, a guy that helped recruit me to come here to the University of Michigan,” Howard said. “Mark told me back when I was in high school that my years at Michigan would be years that would mold me into a man; that if I continue to stay here and grow, I would have a lot of success and become a champion.

“I will never forget this day, and I appreciate all the support. They have, behind the scenes, been in my corner from day one.”