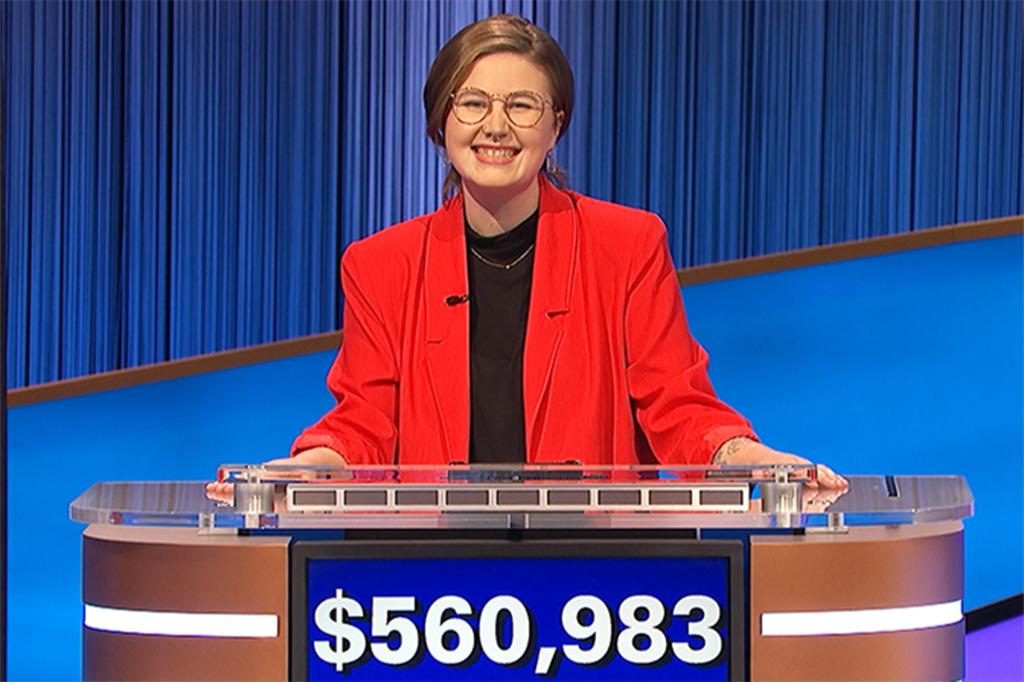 It was a dollar collapse.

The fifth-best “Jeopardy!” contestant had her run come to an end after missing a Final Jeopardy question in a game that came down to literally the last dollar on Friday night.

Mattea Roach — a 23-year-old Canadian tutor who won $560,983 over the course of the 23 games — held a lead of $19,200 into the final round, but faltered when asked to list the two mayors who gave their names to a facility built on the grounds of a former racetrack, one owned by Coca Cola “magnate” Asa Candler.

Perhaps in the spirit of the upcoming Kentucky Derby, the bewildered Roach guessed, “Who are Churchill and Downs? idk.” 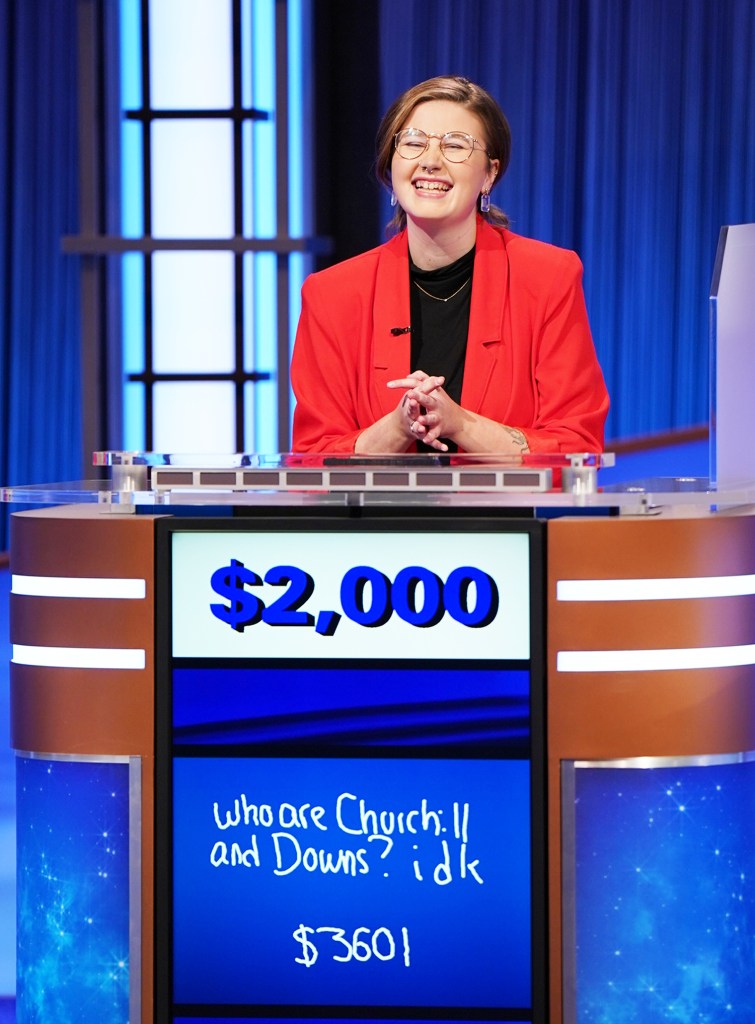 “Obviously I didn’t come through in the last one, but I still feel so happy and so lucky to have had this experience,” Roach said.

But her run on the game show has left Roach in an extremely elite category, only being surpassed by “Jeopardy!” legends Ken Jennings, recent phenoms Amy Schneider and Matt Amodio, along with James Holzhauer for both money and games won.

“When I think of the caliber of those four players, I really don’t feel like I deserve to be mentioned in the same breath as them to be honest,” Roach added. 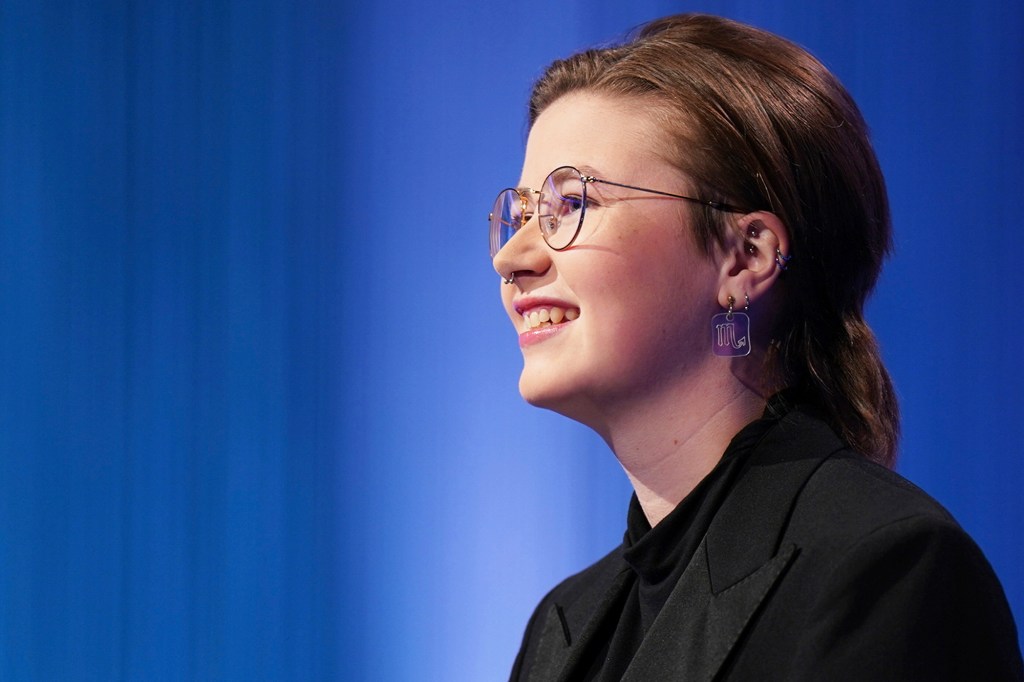 “And there’s a noticeable financial gap between my money and theirs, but it’s an amazing accomplishment. Like, I can’t believe it. It’s such a huge honor that I am being spoken of in relation to people like Ken, James, Matt, Amy.  It’s, wow. There’s no words.”

Roach, who said her time on the show “feels still kind of like a dream,” was quick to admit she started her run with humble expectations.

“I really came down here hoping to maybe win one game and so I still can’t believe it.” 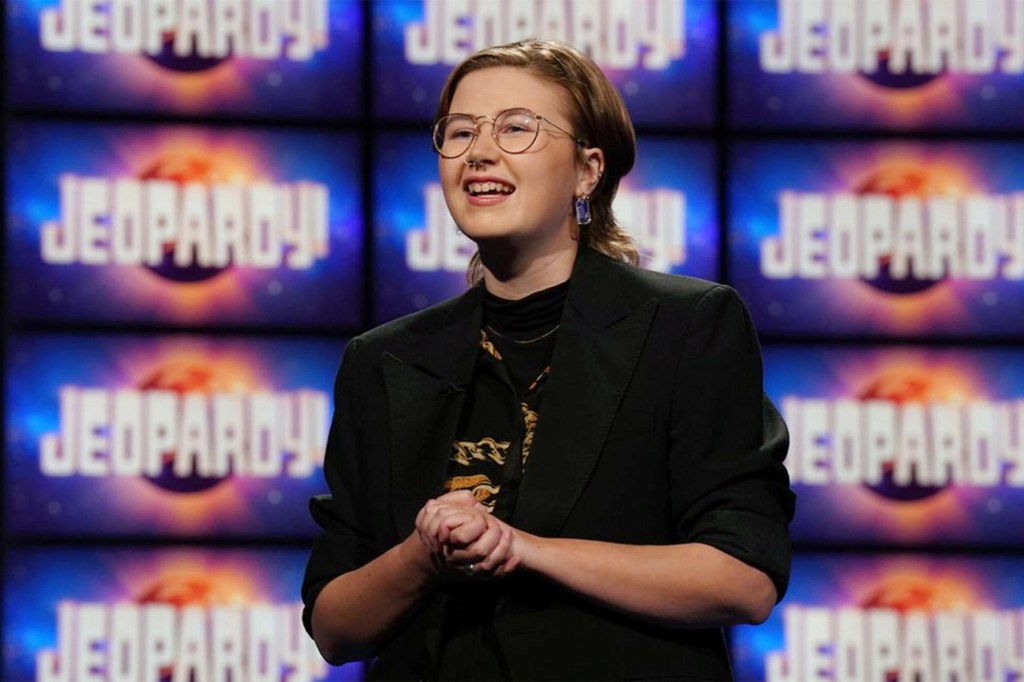 Roach admitted to managing her expectations when she first appeared on “Jeopardy!”Jeopardy!

Before her elimination, the “Jeopardy!” elite also sounded off on who she feels should become the show’s next permanent host.

“I would say Ken because of his history with the show,” Roach told Vulture of the current host. “As a contestant, there’s something really special about being on stage with the greatest player of all time. Someone who understands in a very visceral way what it’s like to be in your position.”

However, she did include kind words for host and scientist-turned-actor, Mayim Bialik.

“Mayim is fantastic, but she doesn’t have that same experience.”

But it’s not the end of Roach’s road just yet. The impressive youngster — who said her winnings are going towards student loans — will return for the Tournament of Champions next fall.