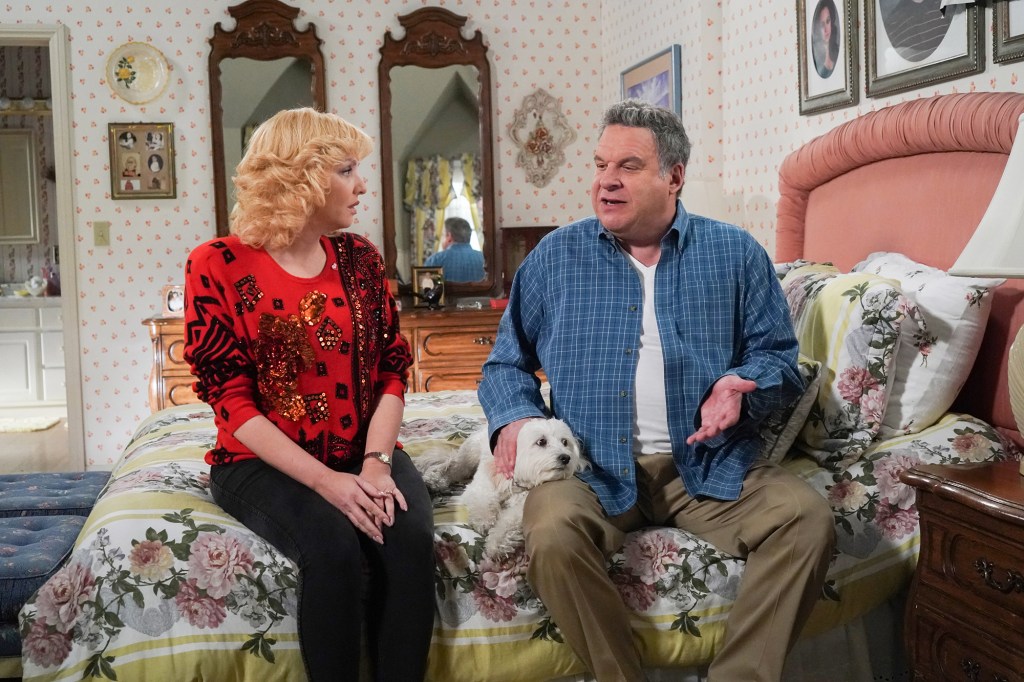 McLendon-Covey, 52, derided the 59-year-old actor as not wanting “to be there” on set to film scenes and suggested he would want to leave “mid-scene.” She shared her opinions in response to a tweet by freelance journalist Noel Murray, who suggested the series should either kill off Garlin’s character, family patriarch Murray Goldberg, or should get canceled entirely, rather than repurpose already-shot footage in an attempt to make scenes gel.

“They should either cancel The Goldbergs or kill off Jeff Garlin’s character because the workarounds they’ve been using this season ain’t working,” Murray wrote, adding a clip of a wedding scene that appeared heavily edited.

Wendi McLendon-Covey and Jeff Garlin appear in an episode of the ABC series “The Goldbergs.”ABC via Getty Images

“Thanks for the great suggestion Noel!” McLendon-Covey shaded right back before alluding to Garlin’s alleged disinterest appearing in the sitcom. “This season threw us for a loop because a.) it’s hard to incorporate someone who doesn’t want to be there and wants to leave mid-scene, and b.) we werent about to re-write the 2nd half of the season.”

She concluded her retort: “We’re doing our best.”

McLendon-Covey and ABC both declined to comment through representatives when contacted by The Post, which has also reached out for a statement from Garlin.

Thanks for the great suggestion Noel! This season threw us for a loop because a.) it’s hard to incorporate someone who doesn’t want to be there and wants to leave mid-scene, and b.) we werent about to re-write the 2nd half of the season. We’re doing our best.

Variety previously reported that the series would repurpose off-camera dialogue, unused takes and other footage of Garlin, as well as include the actor’s stand-in — shown from the back — in group scenes.

“He is extremely verbally and emotionally abusive,” an anonymous “Goldbergs” employee told Deadline in December. 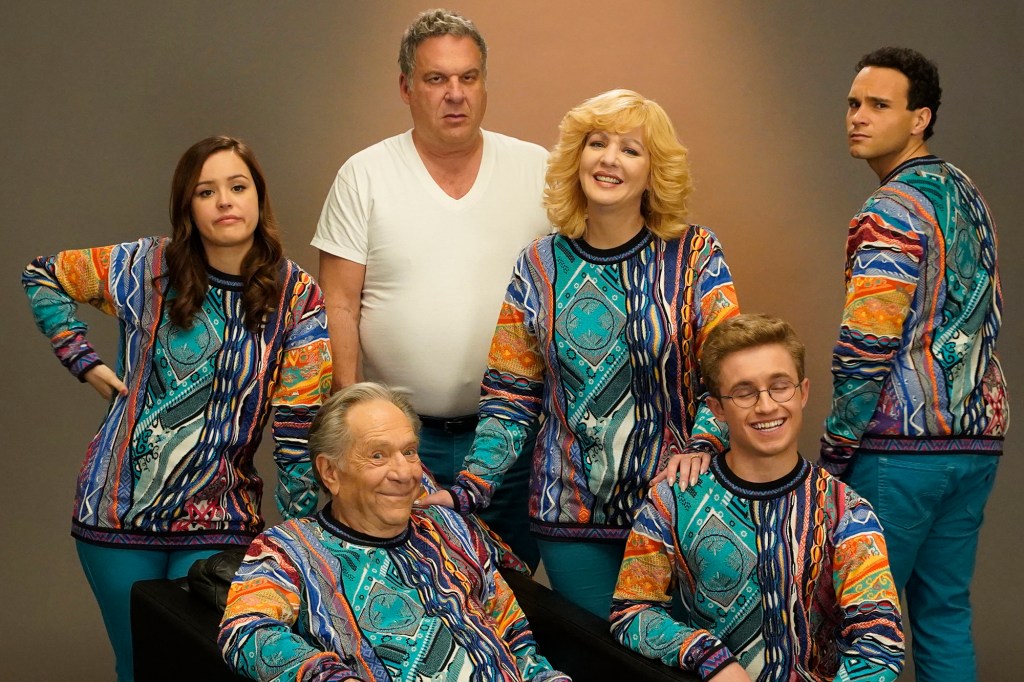 Jeff Garlin appears in a cast photo for “The Goldbergs” along with Hayley Orrantia, George Segal, Wendi McLendon-Covey, Sean Giambrone and Troy Gentile.ABC via Getty Images

He previously admitted in a Vanity Fair interview that he was the subject of a human resources probe into allegations over a three-year period, but he also claimed that he “was not fired” from the show.

“It’s always the same thing. It’s about me and my silliness on set. They don’t think it’s appropriate. I do. That’s where we’re at. I’ve not been fired because of it. We just think differently,” he said during the Vanity Fair interview.

Cast and crew were reportedly ruffled by Garlin’s allegedly demeaning language, which Garlin himself didn’t seem to understand.

“I gotta be honest with you. I don’t even know how to respond to that, because as a comedian, if somebody is offended by what I say I, all I can say is, I’m sorry. Okay? I have never physically come at anyone, for any reason, so that I find it terribly confusing and untrue,” he told the publication, adding that he believed, “whoever it is that feels this way has it out for me.”

Garlin also said he’s “a person who hugs for sure” in response to allegations that show staffers also were even upset with his penchant for doing that.

“And it’s quick hugs, but I didn’t realize that anyone was feeling — so if you want to write that story, that’s a true story. It puts the onus on them to say something, and I would gladly respect anyone who said, ‘Please don’t hug me. I don’t feel comfortable.’”

In the previously mentioned Twitter thread that drew McLendon-Covey’s response, she additionally replied to a remark from a commenter who wrote, “If my co-workers were trying to get me fired because of a couple of jokes I made, I wouldn’t be too excited about being there either.”

McLendon-Covey, in a reply that included a whopping 11 laughing emojis, wrote: “right. That’s definitely what happened!”