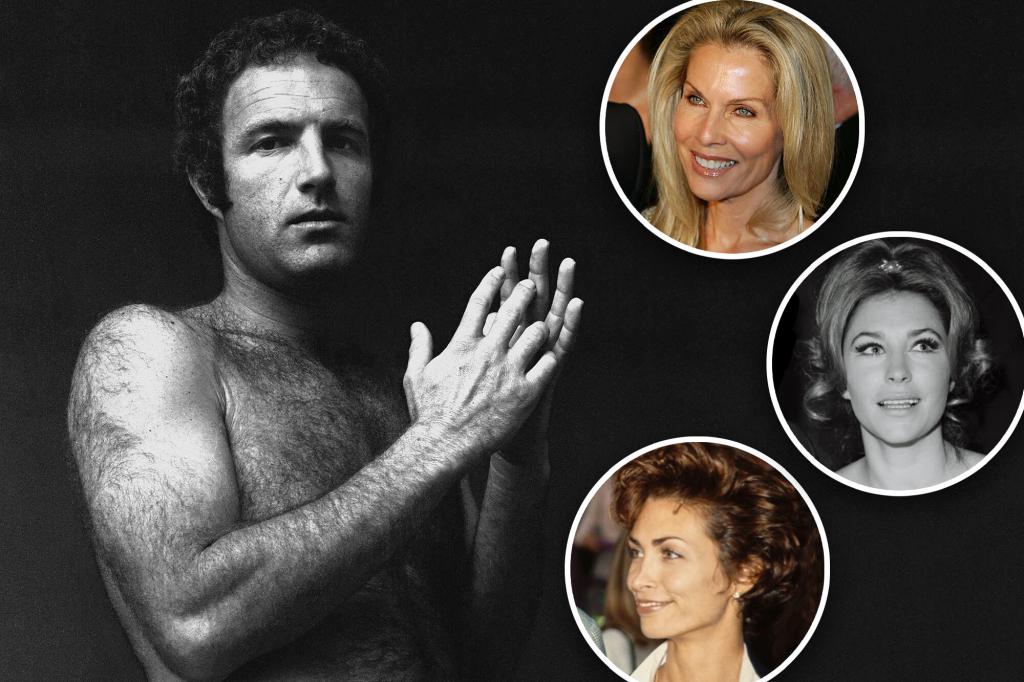 Hollywood’s iconic leading man James Caan, who rose to fame in the 1970s with his role as Sonny Corleone in “The Godfather,” died Wednesday at age 82.

While he’s known for plenty of other roles — “Elf” and “Misery” to name two greats — Caan was most associated with tough-guy mafioso Corleone, whose hot-headed ways got the best of him in the Francis Ford Coppola masterpiece … a real wise guy.

Oozing sex appeal, the actor — who famously engaged in testosterone-driven hobbies like motorcycle-riding, karate and rodeo — was no stranger to beautiful women, famously telling Esquire in 2003: “To get over my divorce, I got a prescription to live at the Playboy Mansion for a while.”

“There were tons of girls over there and well, I’m sorry, but I liked ’em,” he told The Guardian in 1999, admitting that he also enjoyed romps with hookers — living up to his fearlessly crass reputation.

“Hookers? Well, I never paid for them, you know,” he divulged. “I just gave them all the cocaine they wanted.” 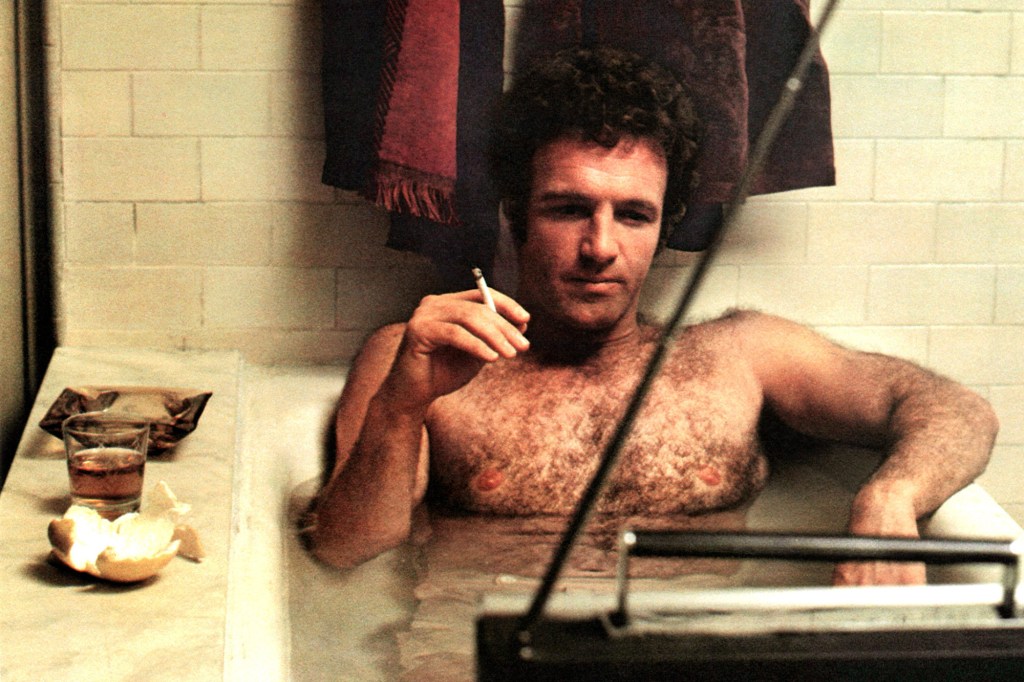 “The Godfather” star James Caan, who died this week, was infamous for his antics and “excess” — namely, cocaine benders and feuds with John Wayne — that were much-discussed in the media. He’s even admitted to living in the Playboy Mansion and romps with “hookers.”Everett Collection

In fact, his wicked antics and “excess” — namely, cocaine benders and feuds with John Wayne — were much-discussed in the media, which he told the Independent was possibly one of the reasons for which he missed out on Oscar glory.

Recalling a meeting with the Hollywood Foreign Press Association during awards season, the organization was more concerned about his sex life than the film he was in. “A bunch of these guys had trash magazines at their houses, and all they’d want to know was who I was bedding. What was I drinking? Who was I screwing? Anything but the movie!”

He didn’t blame his bedroom entirely, but Caan said even five decades in cinema still left him with questions.

“I really do wish I had an Academy Award,” he told the Independent. “But listen, here’s what you gotta know. Number one: anybody who gets cancer [in a movie] automatically wins the Academy Award that year. Number two: I sound like I’m bitter, and I am!” 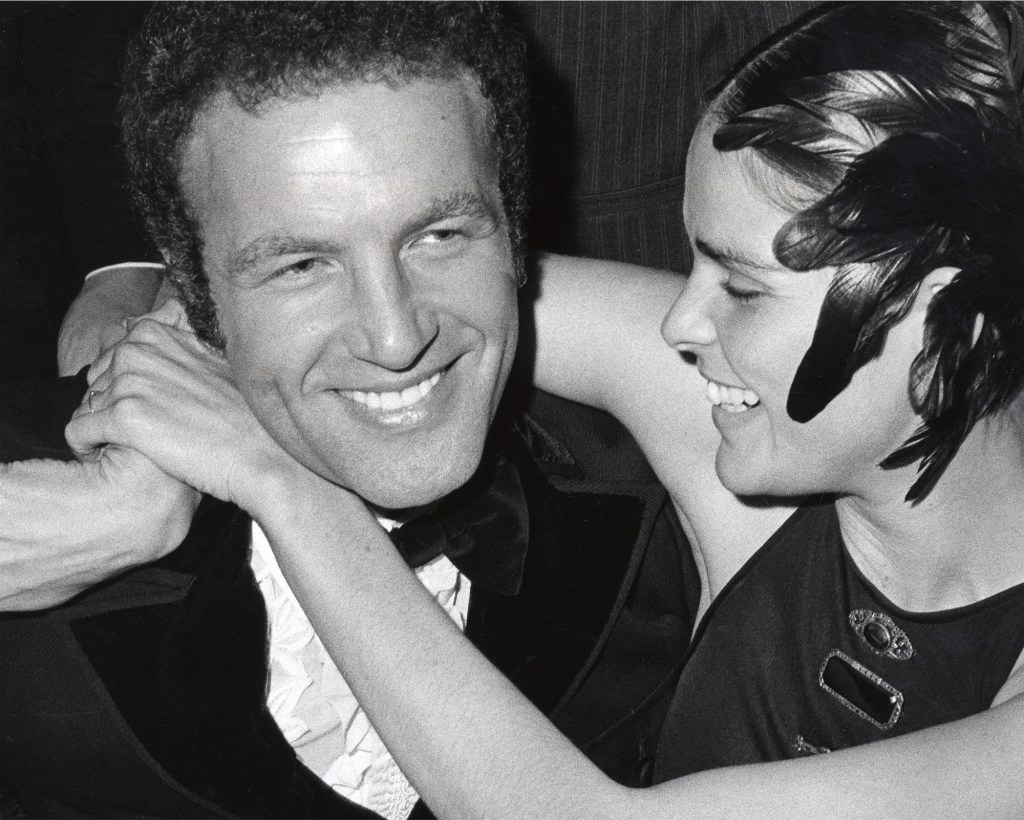 Looking back, Caan also said his raging behavior was reactionary to when he lost his younger sister Barbara, who died from leukemia.

“I started doing cocaine, which is like a death sentence. That lasted a while,” he told the Independent. 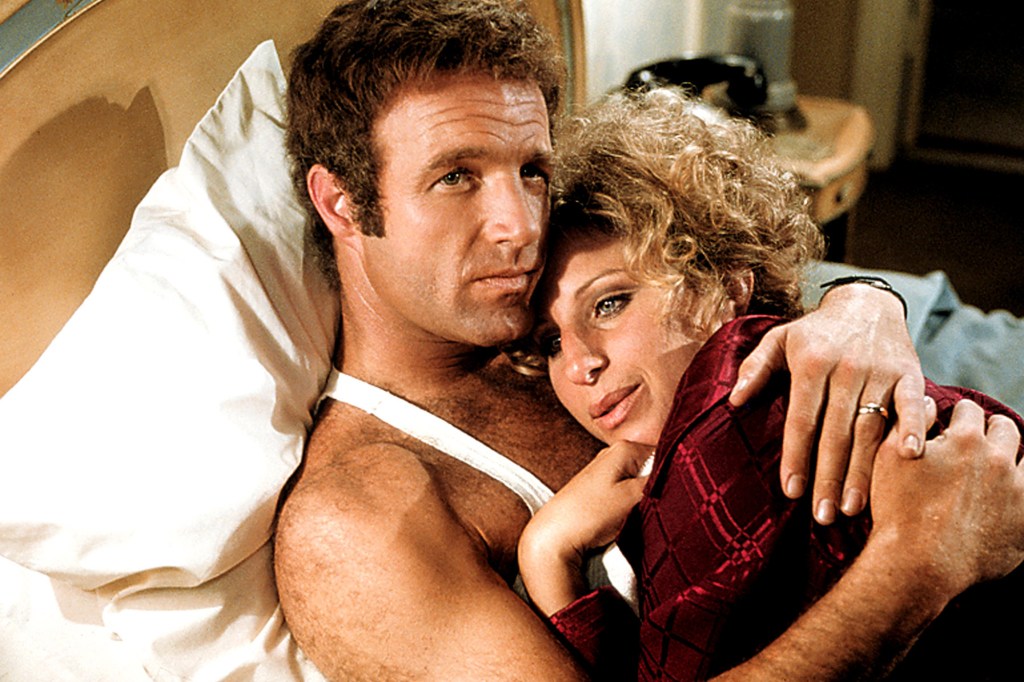 “I was on an extremely destructive kick. My sister had died of cancer and I was just angry, raging at the world. Getting high and partying seemed like the best option,” he told the Guardian.

On his downward spiral, Caan decided to leave Hollywood and return to his roots as a children’s baseball coach — he played football and aspired to go pro growing up in NYC —and made his comeback in 1987 with Coppola’s “Gardens of Stone.”

“That was when I came back!” Caan told the Independent. “With hunger and thirst!” 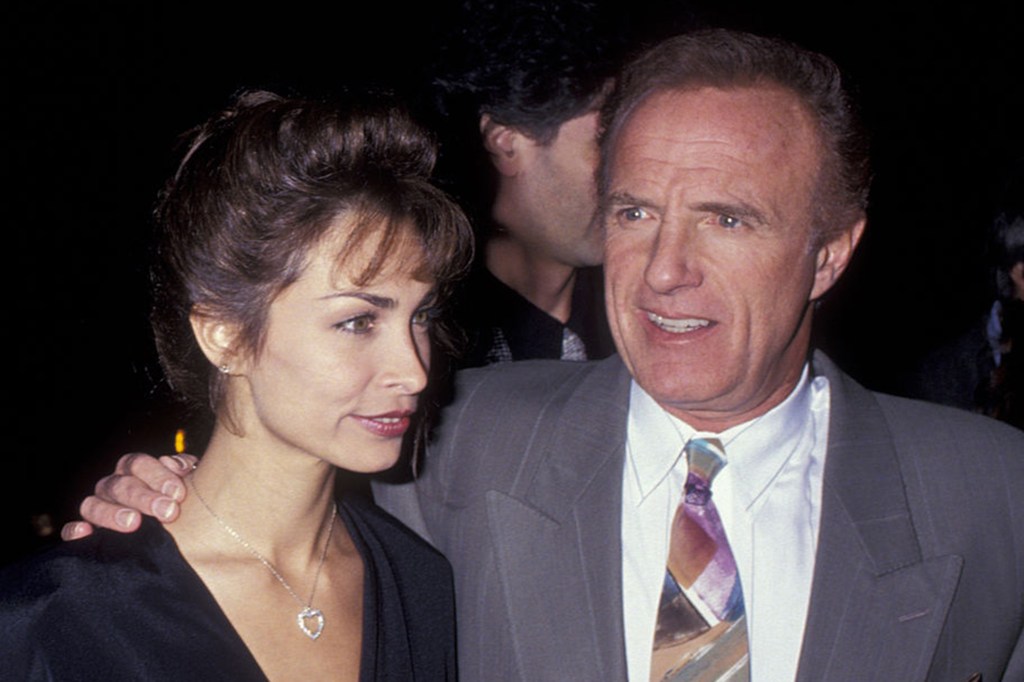 While he said he “was always cast as Mister Tough Guy,” Caan was clearly a Romeo at heart — “I think that’s why God made men and women, so they could be attracted to each other,” he once said — having been married four times.

“I have four wives and five kids,” he also told Esquire, jokingly responding to a question about the difference between sex and love. “I apparently don’t know the difference.”

With an eye for the ladies, Caan also said: “I don’t think silicone makes a girl good or bad,” but he certainly had some bad experiences with the opposite sex. 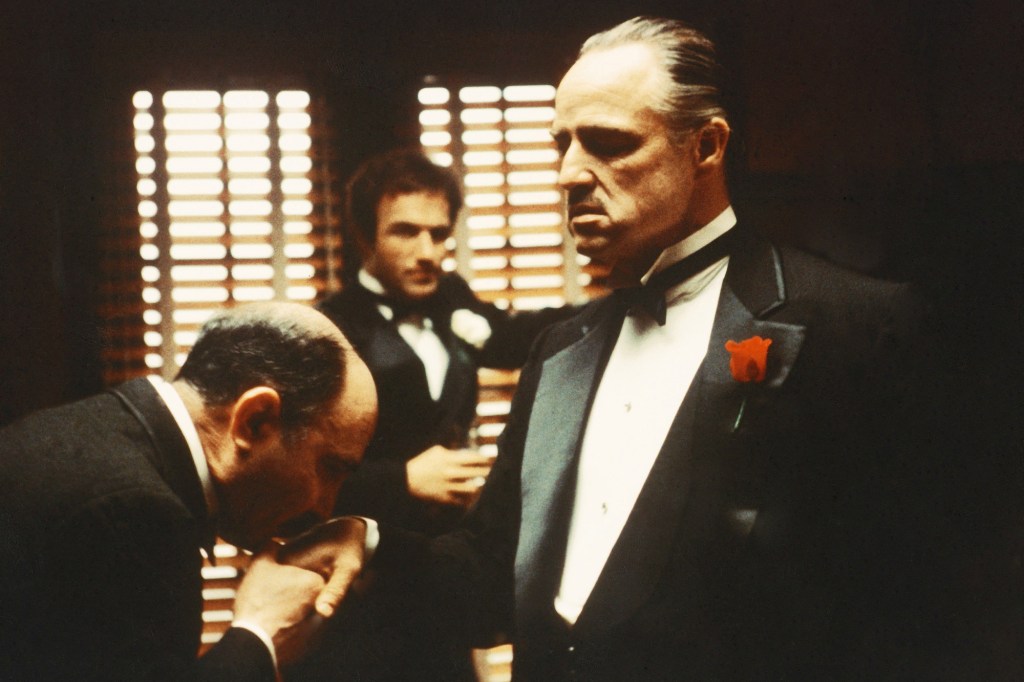 The Oscar-nominee is known for his role in “The Godfather.”Getty Images 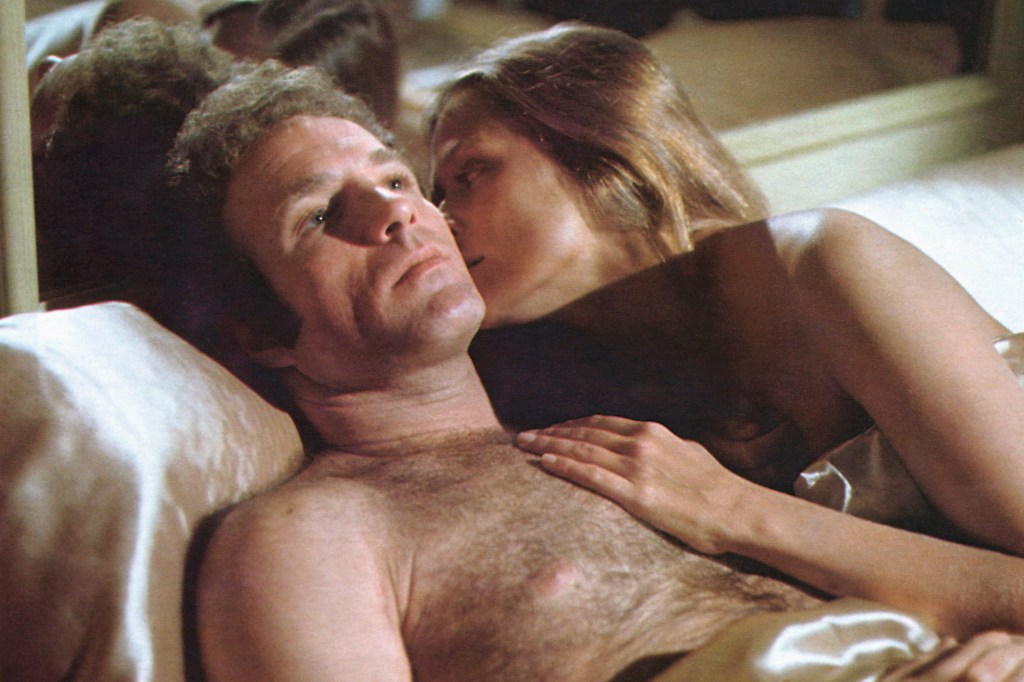 James Caan and Lauren Hutton in “The Gambler.”Courtesy Everett Collection

A decade later, the actor married former Playboy cover girl and Elvis Presley’s ex-girlfriend Sheila Marie Ryan in January 1976. The marriage was short-lived, with the pair divorcing less than two years later in December 1977. Sheila passed away in September 2012 at the age of 60.

Although a whirlwind marriage, the pair welcomed a child, Scott Caan, who is an actor himself, appearing in the “Ocean’s Eleven” films, as well as “Varsity Blues” and “Gone in 60 Seconds.” 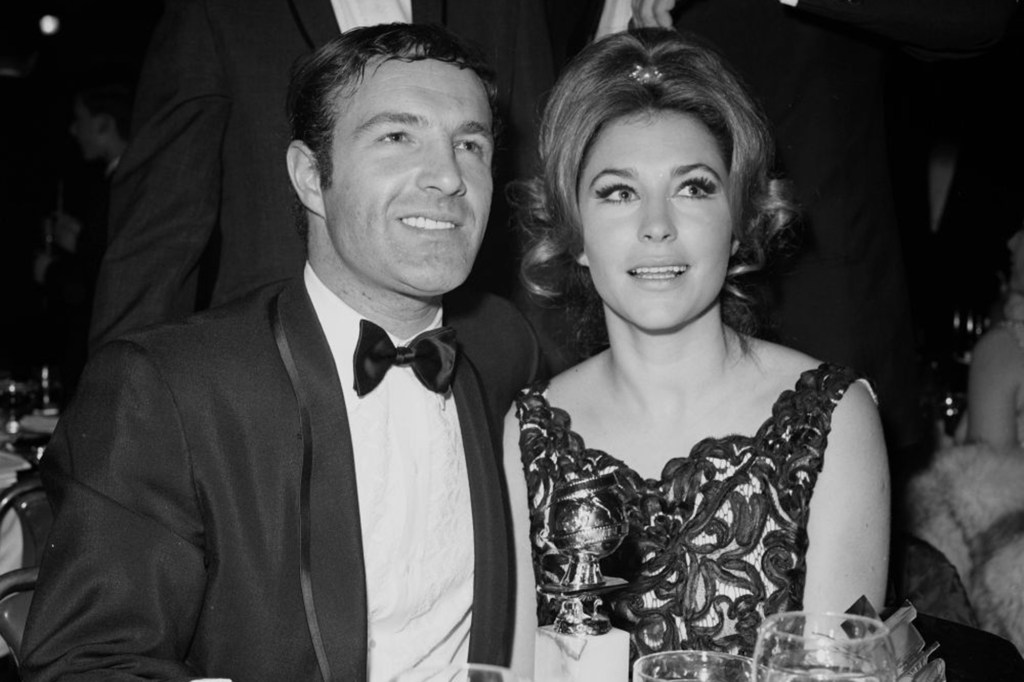 Scott even spent time at the Playboy Mansion with his father while he lived there, with the elder Caan telling People in a 2010 interview that he’d “have Scott bring me girls.”

The actor took another long break before tying the knot again, marrying Ingrid Hajek in September 1990, according to the Daily Mail.

The marriage lasted for four years before they separated in March 1995, and they had a son, Alexander James Caan, while they were together. However, Caan’s marriage to Hajek was possibly his most controversial, as he was accused of having an affair with madame Heidi Fleiss, who claimed she had a relationship with the actor in a 1994 Vanity Fair article. 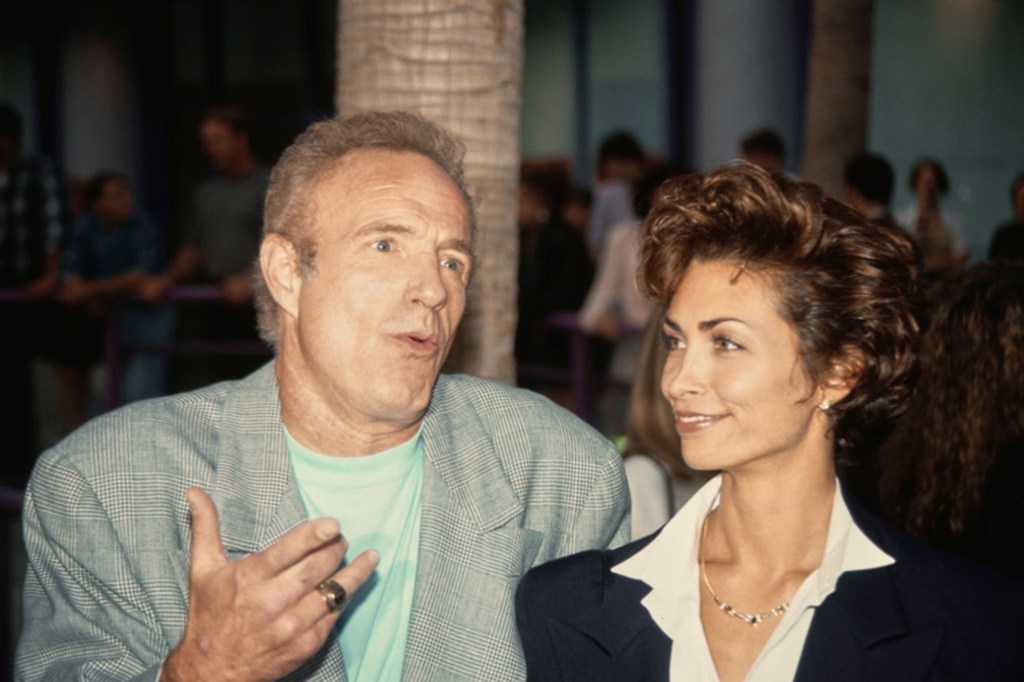 The actor’s marriage to Ingrid Hajek was beset by controversy. Getty Images

Fleiss claimed she visited him on the set of “Flesh and Bone” in 1992, but Caan had continuously denied the relationship, once telling the Guardian it was “purely platonic.”

Caan married not long after his divorce, saying “I do” to costume designer Linda Stokes in 1995.

His marriage to Linda was his longest, with the pair staying together for two decades and welcoming two sons, James Arthur Caan in 1995 and Jacob Nicholas Caan in 1998. 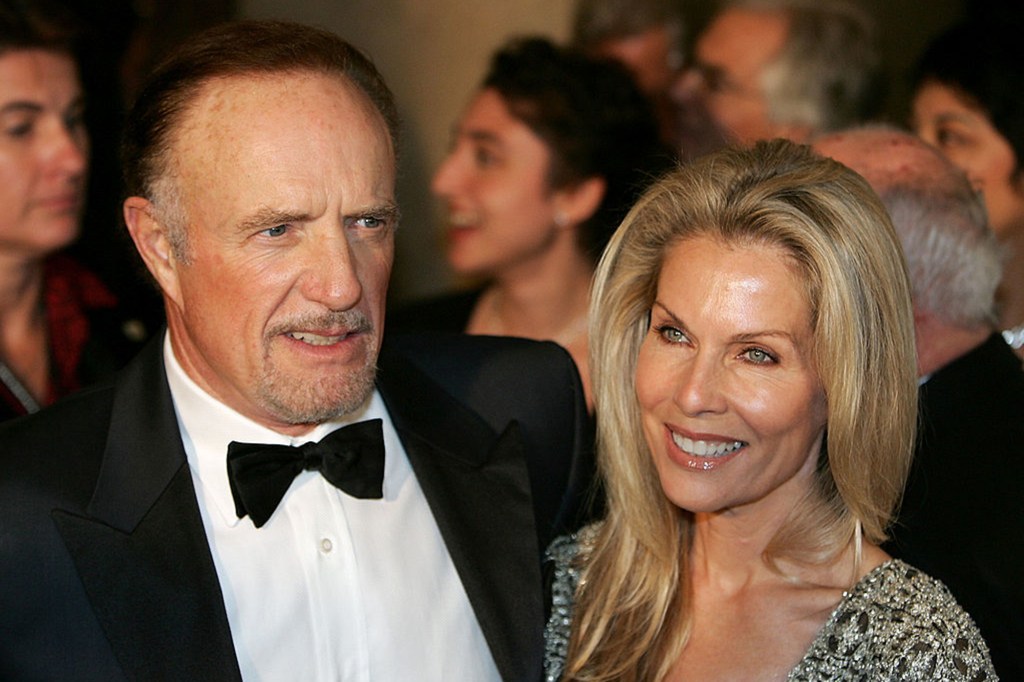 He filed for divorce from Linda twice, in both 2005 and 2009, before the marriage ended for good, citing “irreconcilable differences.”

“I used to say marriages were like tornadoes,” he told the Guardian at the ripe age of 59. “There’s all this blowing and sucking at the beginning; and at the end, you always lose your house. But, hey, I’m maturing.”

Though Caan also then said he wasn’t into reflection, which is why he never wrote an autobiography.

“I haven’t got the patience for that, and who’d believe it anyway? It’s been a pretty full life, though. And I’ll make sure I slap the f- -k out of you before I’m done,” he told the Guardian. “What can I say? I’m happy, I’m here, and I ain’t going back there.”