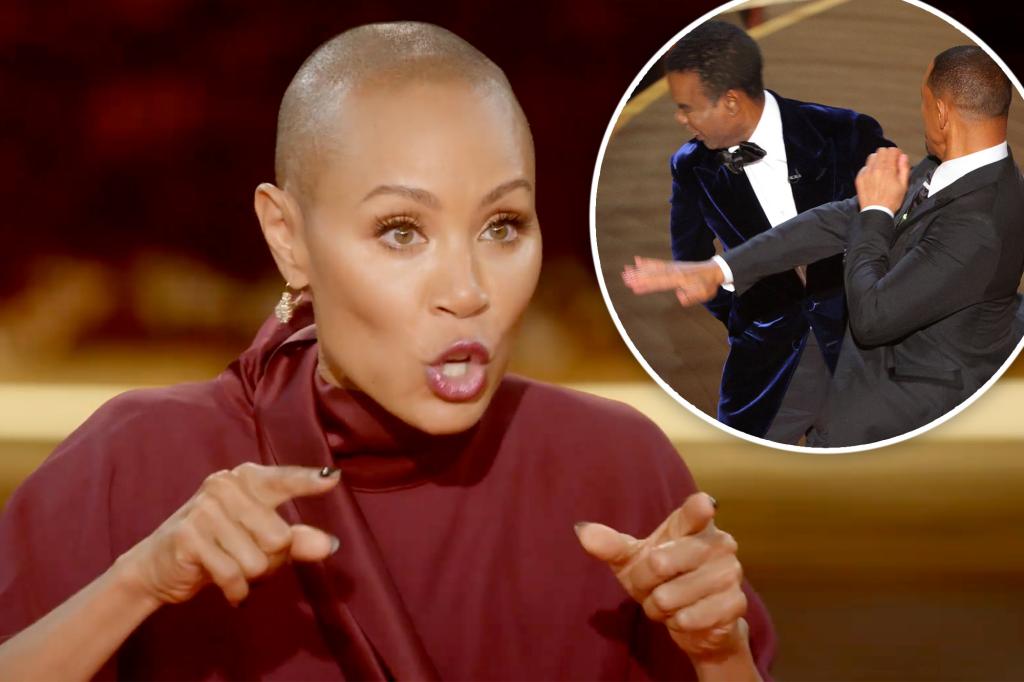 Jada Pinkett Smith’s “Red Table Talk” has returned for its fifth season — and it referenced Will Smith’s Oscars slap right off the bat.

“Considering all that has happened in the last few weeks, the Smith family has been focused on deep healing,” a title card stated at the beginning of the episode, which was released on Facebook Watch on Wednesday.

“Some of the discoveries around our healing will be shared at the table when the time calls,” the message further read. “Until then the table will continue offering itself to powerful, inspiring and healing testimonies like that of our incredibly impressive first guest.”

The episode then cut to a pre-taped segment featuring Pinkett Smith, her daughter, Willow Smith, and her mother, Adrienne Banfield Norris.

The episode was purportedly taped before the Oscars debacle and included special guest Janelle Monáe.

The show made no further reference to Smith’s assault on actor Chris Rock, which took place at the Oscars on March 27. 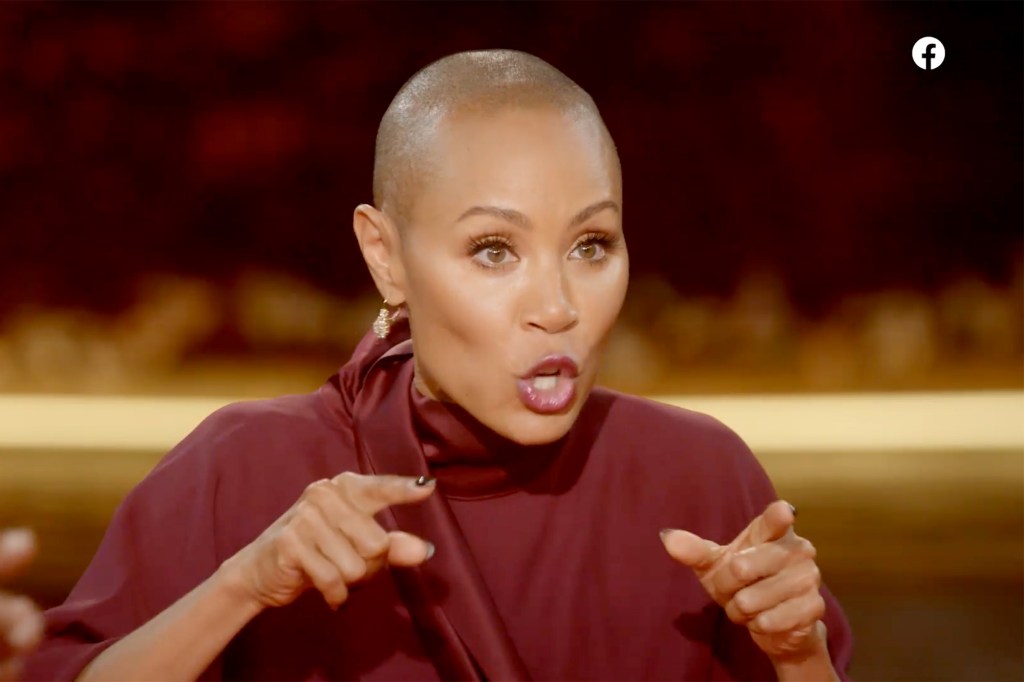 A title card for “Red Table Talk” said “the Smith family has been focused on deep healing” since the Oscars slap heard ’round the world. Red Table Talk/Facebook 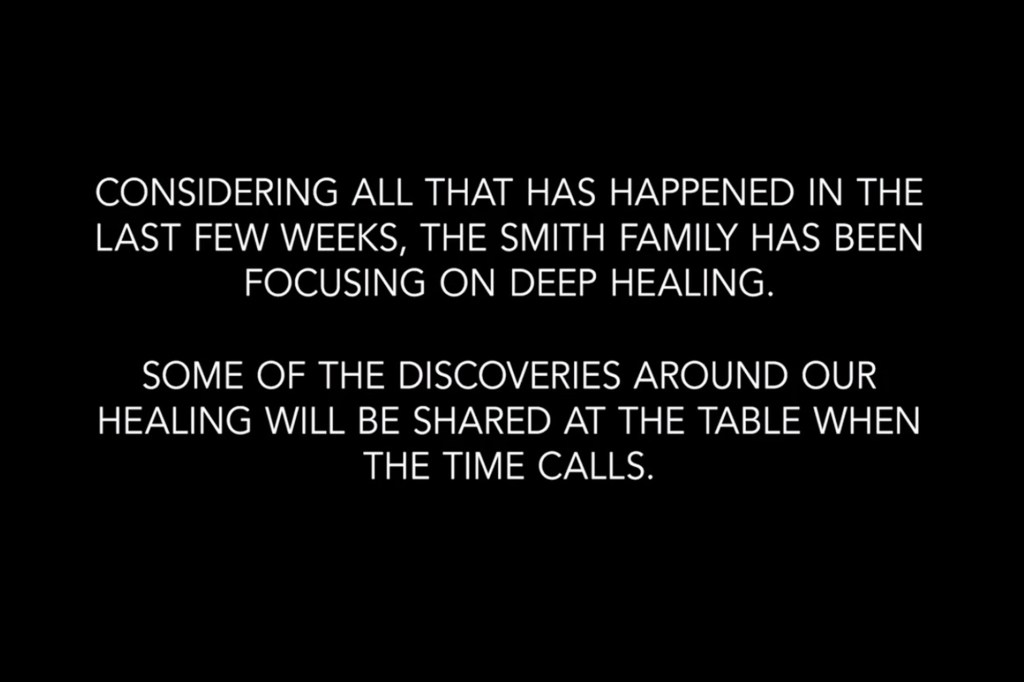 At the beginning of the episode, a title card flashed on screen addressing Smith’s Oscars antics. Facebook/Red Table Talk 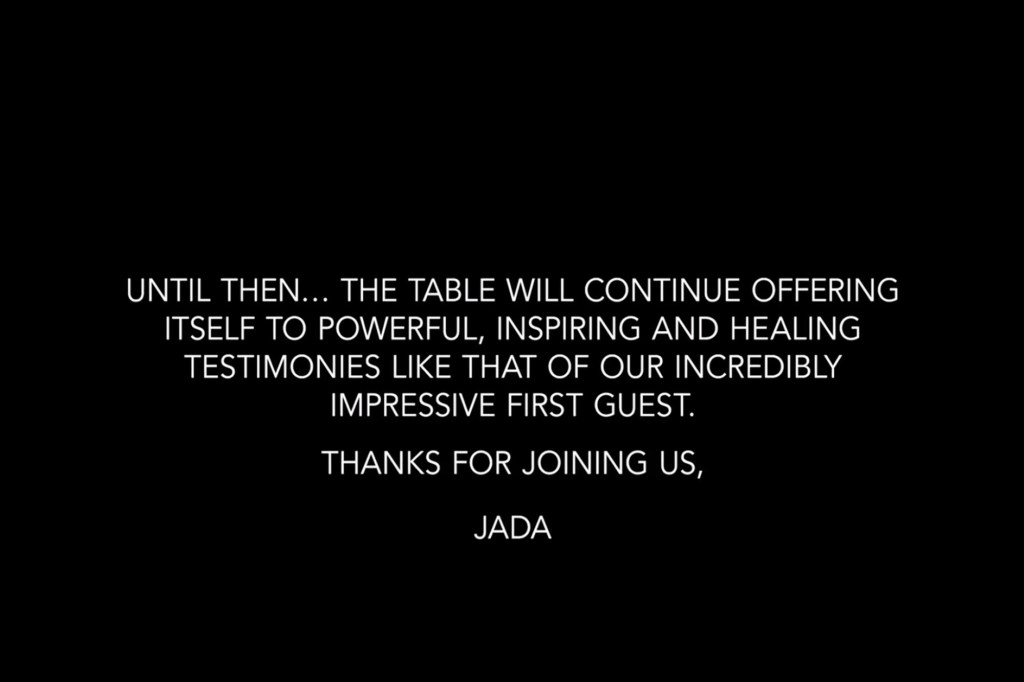 Pinkett Smith signed off the message with her name. She hosts “Red Table Talk” with her mom and her daughter.Facebook/Red Table Talk 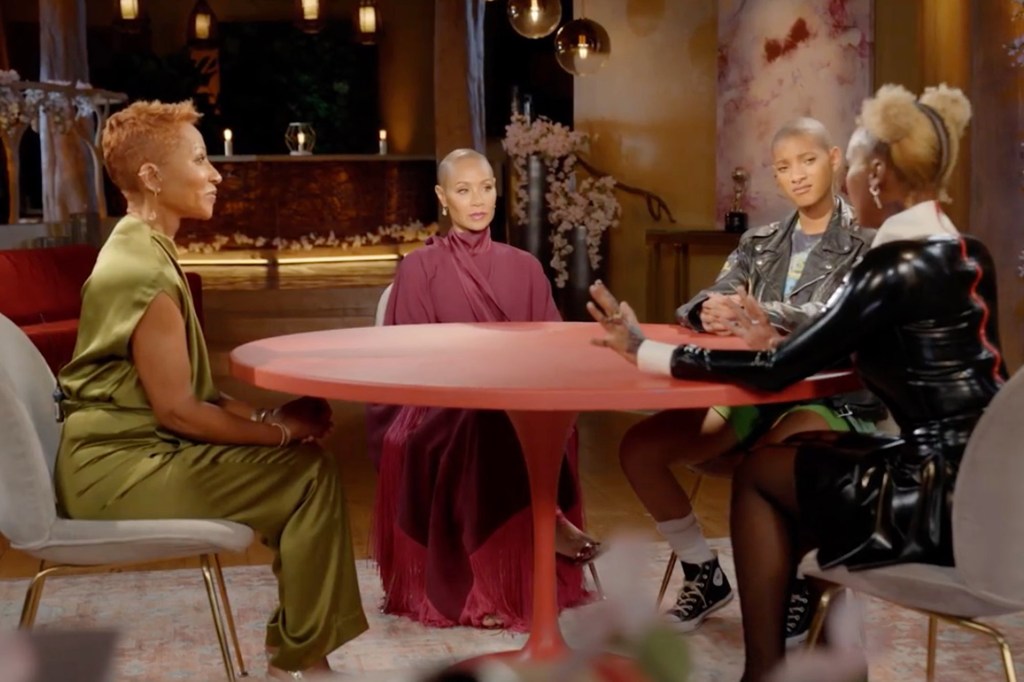 During the ceremony, Rock compared Pinkett Smith — who suffers from alopecia and shaved her head last summer — to Demi Moore’s bald character “G.I. Jane,” prompting the slap from Smith.

“Keep my wife’s name out of your f–king mouth!” Smith then shouted — twice — after returning to his seat.

A visibly stunned Rock continued with his presentation before leaving the stage. Smith won the Best Actor Oscar a short time later for his role in “King Richard.” 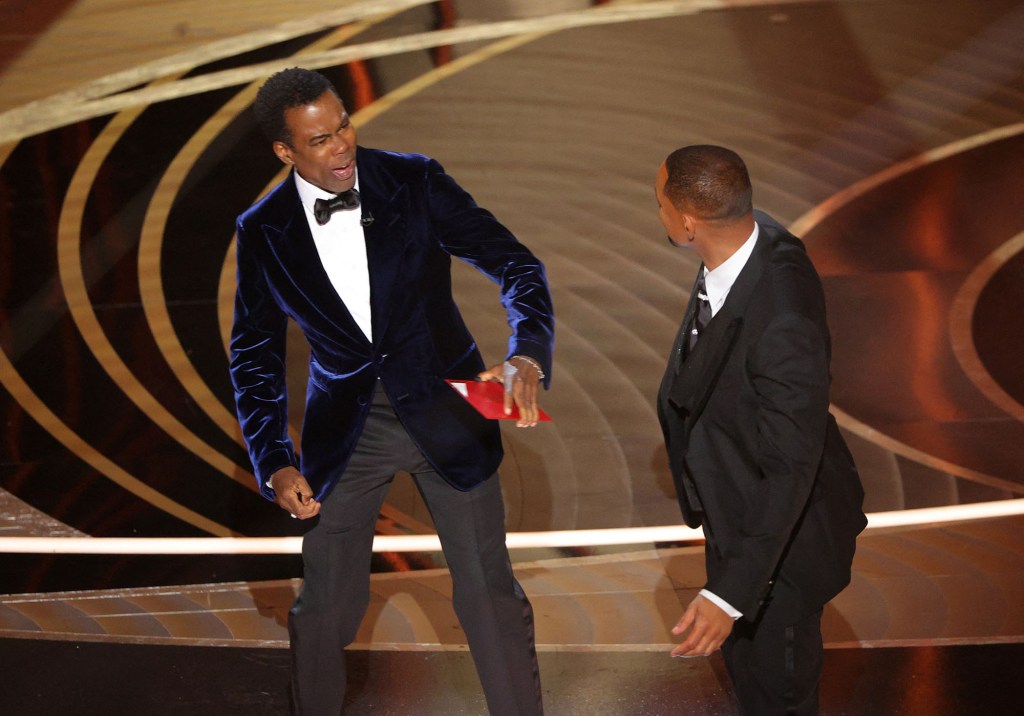 Chris Rock (left) reacts moments after being slapped by Will Smith onstage at the Oscars.REUTERS 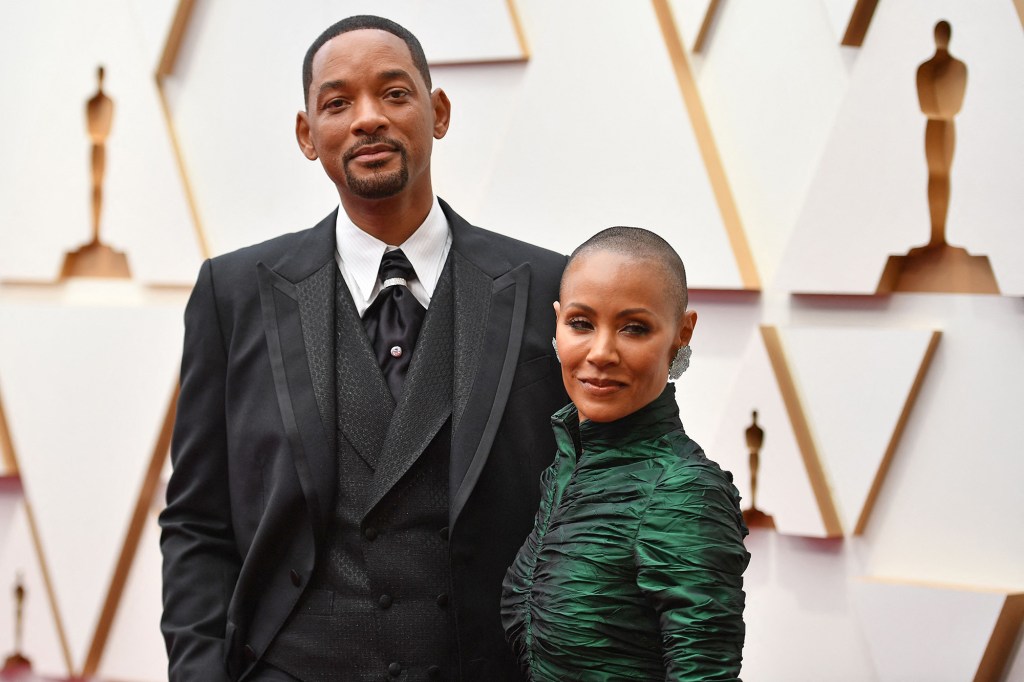 Will Smith stormed the stage after objecting to a joke Rock made about wife Jada Pinkett Smith’s bald head. The actress, 50, suffers from alopecia.AFP via Getty Images

Although he publicly apologized to Rock in a statement, Smith has reportedly failed to contact the comedian personally to say sorry for the assault.

Smith subsequently resigned from the Academy of Motion Picture Arts and Sciences earlier this month, meaning he can no longer vote on future Oscars.

Last week, the Academy’s board of directors banned the actor from all Oscar-related events for 10 years because of his assault on Rock.