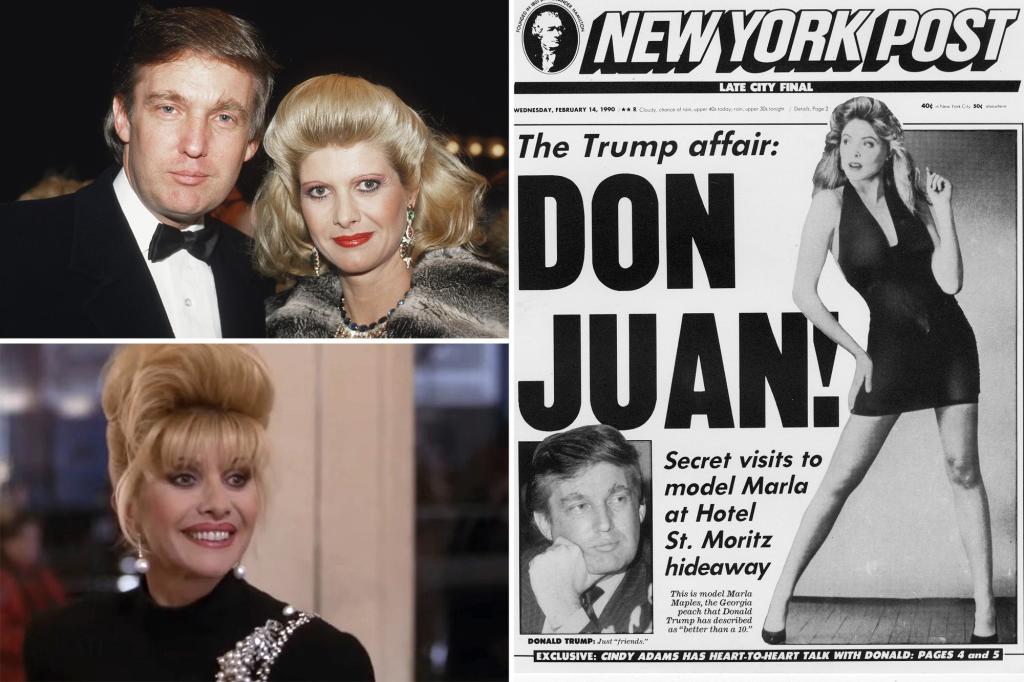 The 73-year-old Czech American, ex-wife of the former president and mother of Ivanka, Eric and Don Jr., is believed to have suffered cardiac arrest, authorities told The Post, but her official cause of death has yet to be determined.

“Our mother was an incredible woman — a force in business, a world-class athlete, a radiant beauty and caring mother and friend,” Eric Trump said in a statement announcing her death. “She will be dearly missed by her mother, her three children and 10 grandchildren.”

Ivana was Donald’s first wife — and he was her second husband — and the two married in 1977. Their 15-year union ended in a messy public divorce in 1992 when it was revealed that Donald had been having an affair with actress and model Marla Maples.

Ivana married two more times after Donald, but the pair remained friends throughout the years, resulting in her relevance in pop culture and interviews — in which she often made quite interesting statements.

Here are some of her more remarkable moments that brought Ivana even more notoriety than being married to Donald. 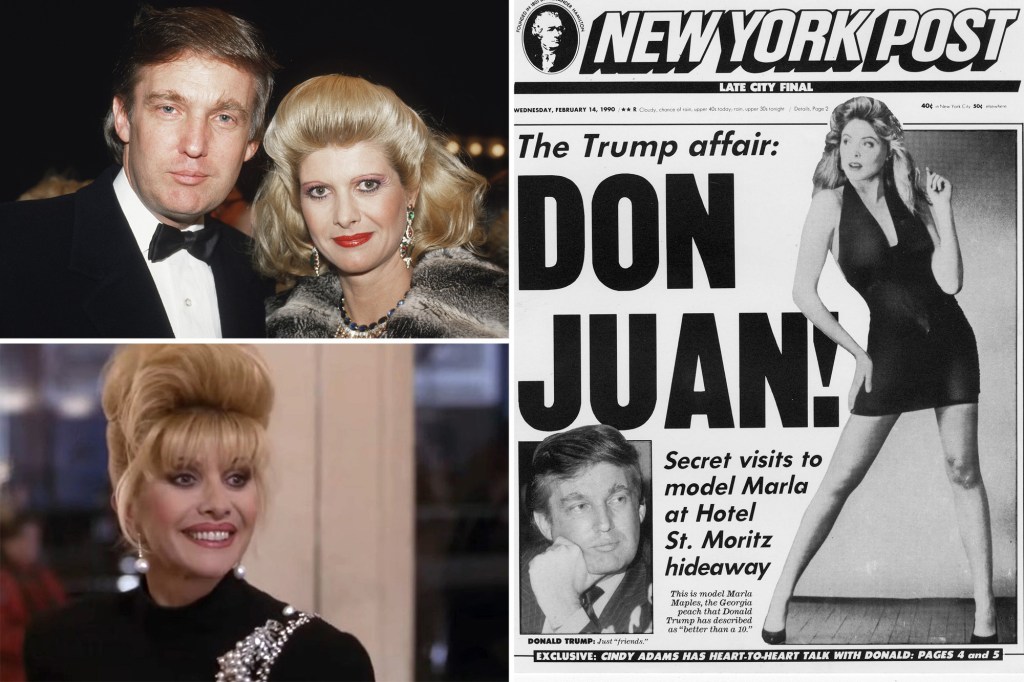 When Donald was in office, Ivana joked that she was the real first lady since she married the billionaire before his current wife, Melania. While Ivana said she didn’t have much of a relationship with the current Mrs. Trump, she was at least able to say her name in an interview with the Atlantic in 2019 — something she couldn’t do for Donald’s mistress-turned-second wife Maples.

“[Ivanka] likes [Melania] fine,” Ivana said about her daughter’s relationship with her stepmother. “Because she didn’t cause me to break up the marriage like the other one — I don’t even want to pronounce her name,” Ivana quipped.

Donald got together with Maples while he was still married to Ivana in 1992. The affair had reportedly been going on since 1989 and resulted in Donald’s first divorce in 1992. 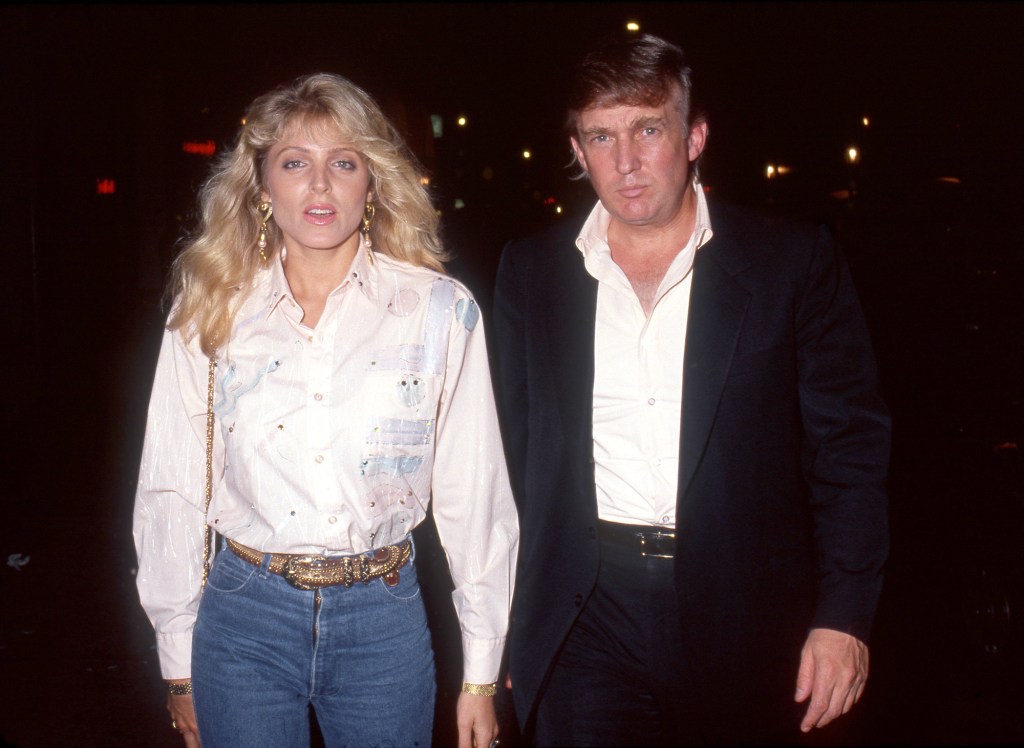 Her cameo in ‘The First Wives Club’

Ivana turned the real-life messiness she experienced through the divorce into a quick movie role in “The First Wives Club.” She didn’t say much in the flick, but she said just enough to ruffle Donald’s feathers.

“Ladies, you have to be strong and independent,” she advised actresses Goldie Hawn, Diane Keaton and Bette Midler in a key scene. “And remember, don’t get mad — get everything!”

Donald was not tickled by his ex-wife’s cameo, later telling shock jock Howard Stern that she was “out of control” for taking part in the 1996 movie. He claimed she did, in fact, take everything when they divorced. 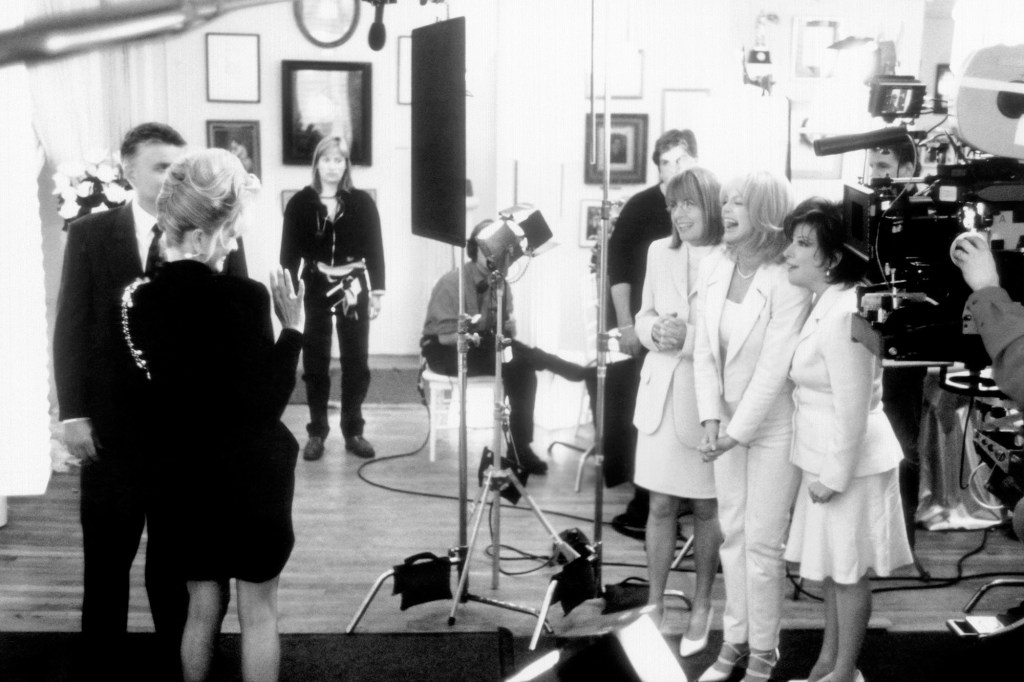 From left, Diane Keaton, Goldie Hawn and Bette Midler on the set of “The First Wives Club” in 1996. Paramount

Ivana and Donald’s divorce was granted on the grounds of “cruel and inhuman treatment” of Ivana. In 2015, the Daily Beast published a report saying that she accused him in court documents of raping her during their marriage.

Donald’s lawyer, Michael Cohen, responded to Daily Beast reporter Tim Mak, threatening that he would “mess his life up” if he wrote the story about the rape allegations, adding “you cannot rape your spouse.”

Ivana seemingly backtracked on her statement, suggesting she made the claim out of anger.

“I have recently read some comments attributed to me from nearly 30 years ago at a time of very high tension during my divorce from Donald. The story is totally without merit,” Ivana said in a statement to CNN. “Donald and I are the best of friends and together have raised three children that we love and are very proud of. I have nothing but fondness for Donald and wish him the best of luck on his campaign. Incidentally, I think he would make an incredible president.” 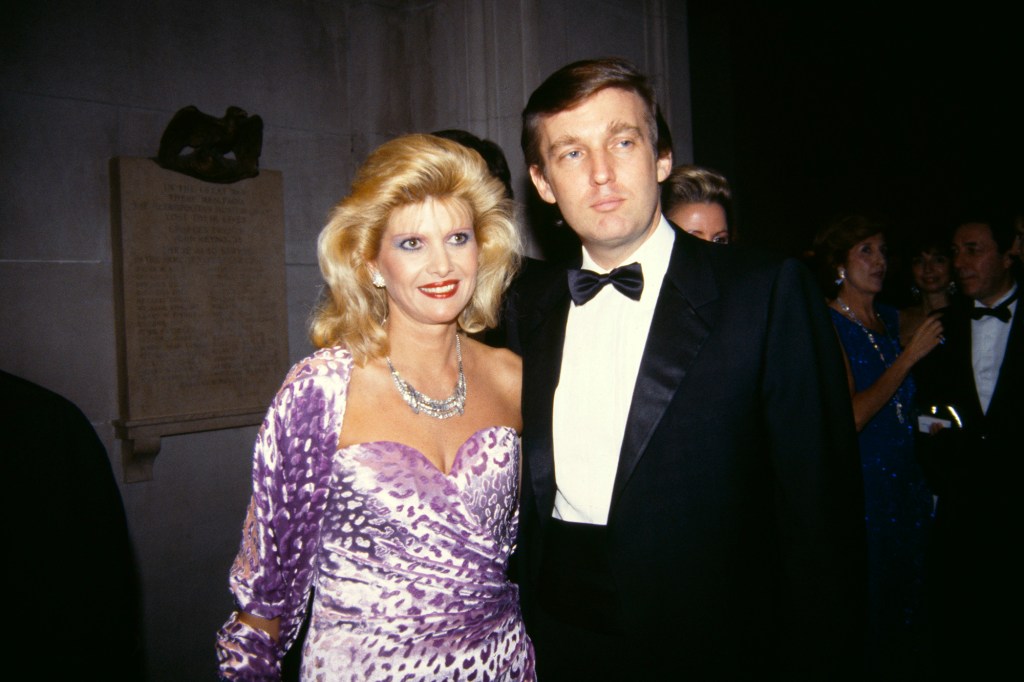 Donald and Ivana at the Met Gala in 1985.Getty Images

“He did not know how to speak the children’s language. He was not able to do it until the kids were in university,” Ivana told John Catsimatidis on AM970’s “The Answer” in an interview.

“I told Donald, ‘There can only be one chef in the kitchen,’ and it was me,” she recalled. 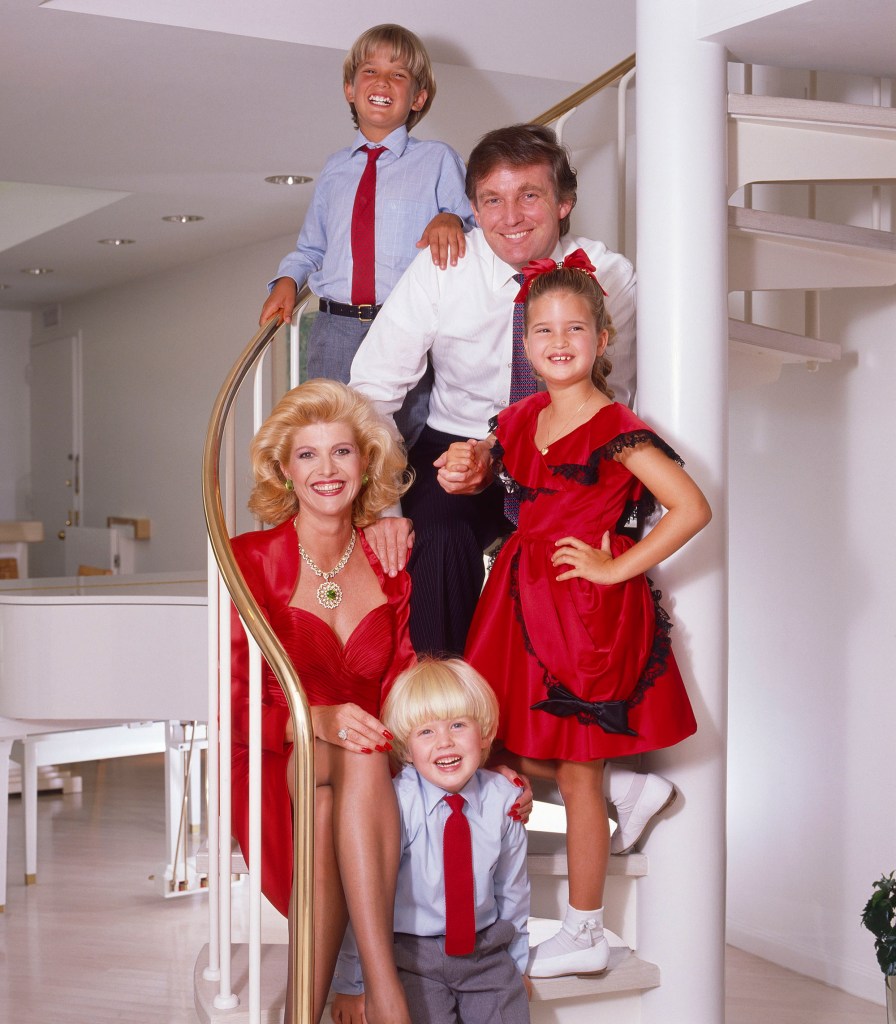 It was Ivana’s idea for Donald to start using Twitter

Donald and Ivana’s marriage was way over by the time he became president in 2017. But that didn’t mean his ex-wife wouldn’t give him advice on what he should do as commander-in-chief.

In fact, Ivana claimed to be the person who suggested that the Republican president should start using Twitter.

“‘And if you want to get your words across rightly, without telling the New York Times, which is going to twist every single word of yours, this is how you get your message out,”’ she added.

However, Donald was expelled from the social media platform in 2021 “due to the risk of further incitement of violence” after the Jan. 6 insurrection at the US Capitol. 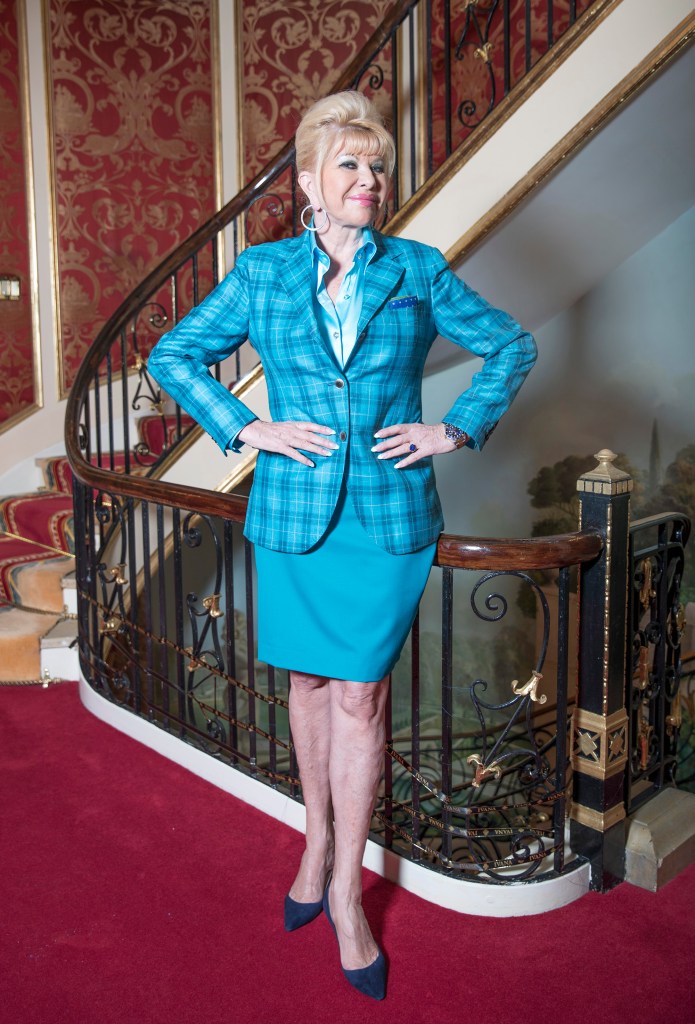 Ivana at her home on East 64th Street in Manhattan.Brian Zak/NY Post

Like former first lady Michelle Obama, Ivana was passionate about ending obesity in America — although she claimed to never have worried about that herself.

However, that didn’t mean she never had a cheat day. She was caught paying for street meat at a New York City cart in 2018.

“I dream of it,” she said of the occasional frankfurter. “I have it once a year, and I’ll have it and won’t eat anything for two days.”

“There’s a street vendor on my block and I get a hot dog once a month — no bread,” she told The Post. “It’s New York — live and let live.”

But when it came to her ex-husband’s growing waistband, Ivana said Donald wouldn’t accept her help.

Tap the right side of the screen below to watch this web story: 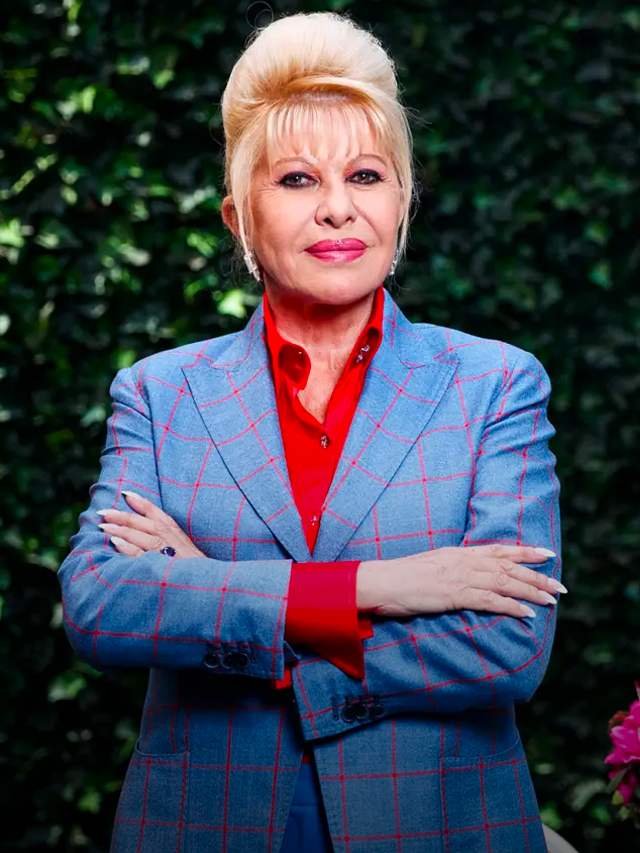 “I can tell him 100 times, but he does what he wants anyway,” said Ivana, who noticed his weight crept up over the years from about 178 to 225 pounds.

“He looks very, very good and is very healthy — his only weakness is the Big Mac,” she insisted. “What can I tell you?”