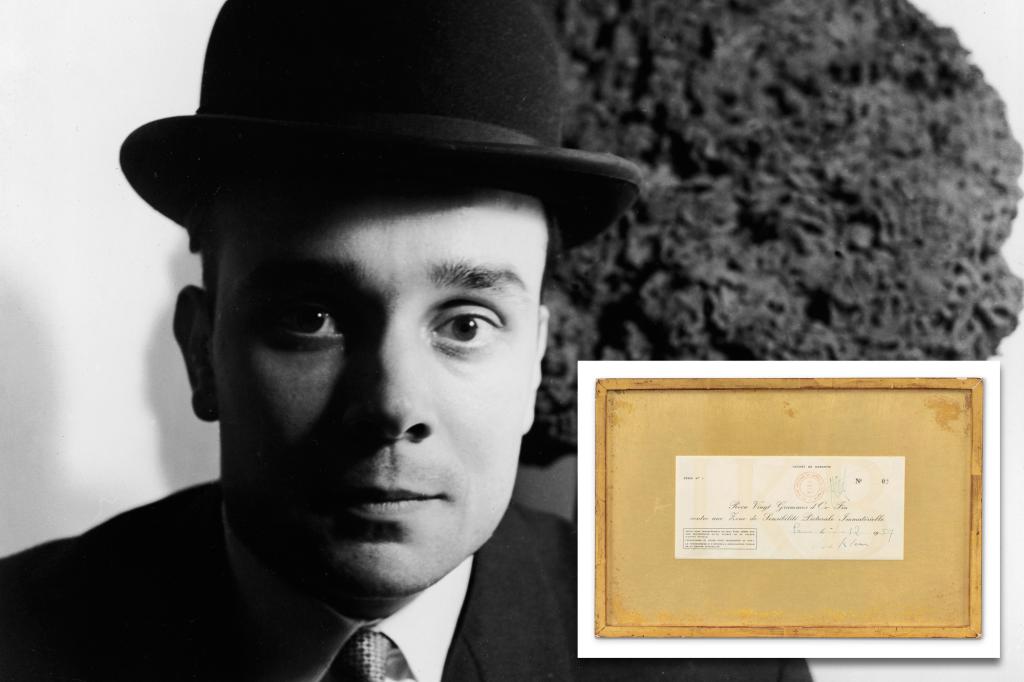 They kept the receipt.

Thought paying $120,000 for a banana on a wall was extreme? Earlier this week, a receipt for a piece of “invisible art” eclipsed expectations after being auctioned off in Paris for nearly $1.2 million.

“This work is guaranteed and received an irrevocable bid,” auction house Sotheby’s wrote in its catalog regarding the pay stub, which went for $1,151,467.40 — over twice the estimated price of $551,000.

Naturally, paying money for nothing might seem strange. However, the receipt was a rare remnant from “Zones of Immaterial Pictorial Sensibility,” a mid-1900s exhibition series in which pioneering French performance artist Yves Klein would sell vacant rooms to collectors in exchange for gold bullion.

The radical visionary would then invite collectors to burn the receipts and dump half the gold into the Seine River — the logic being that in doing so they’d become “definitive owner” of the “zone.” 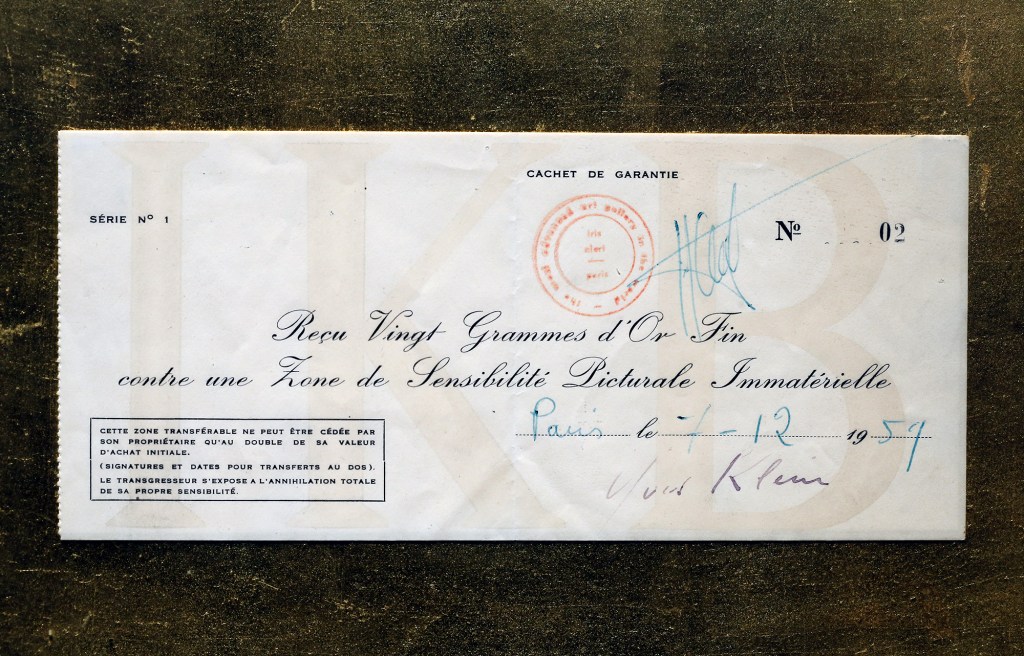 A receipt intended to authenticate the transfer of an invisible work by the French artist Yves Klein, entitled “Zone of Immaterial Pictorial Sensitivity Series N°1, Zone N°02” is displayed at Sotheby’s auction house on April 1 in Paris. Getty Images 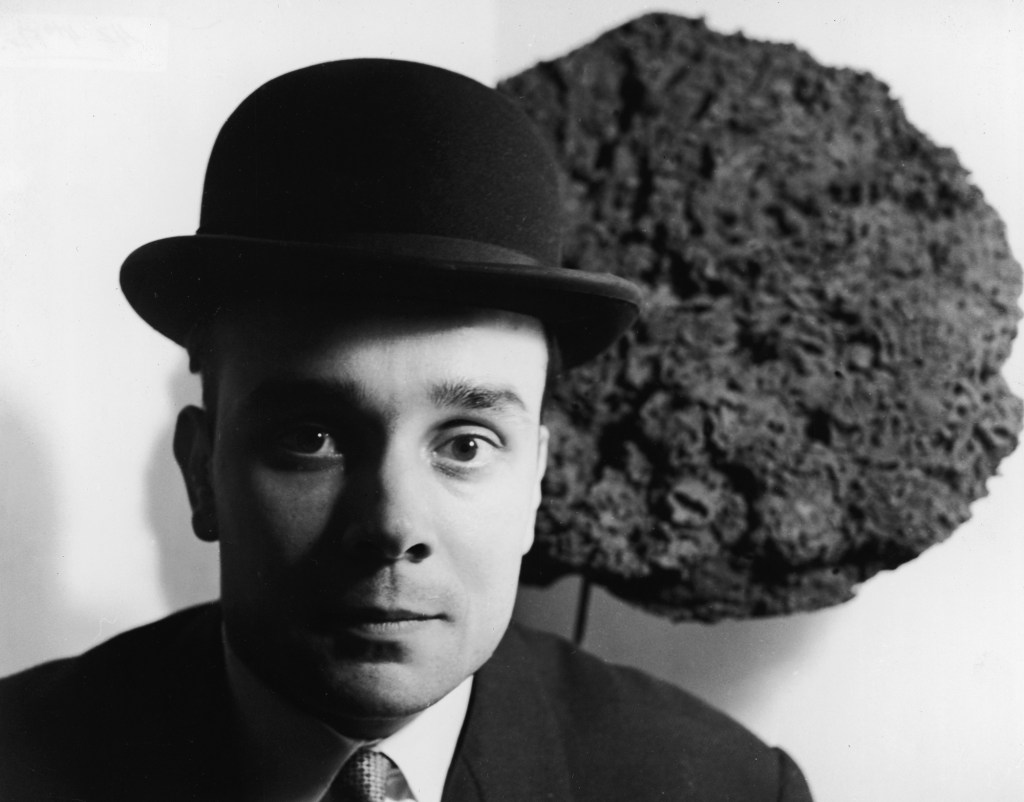 The aforementioned certificate of authentication survived because the collector, Jacques Kugel, refused to set it alight, the Guardian reported. It has since been displayed everywhere from London to Paris, before getting bought by ex-gallery owner Loïc Malle, who auctioned it off along with other pieces from his collection.

Designed to imitate a bank check, the 8-inch-wide ticket sports Klein’s signature and is dated December 7, 1959 — several years before the artist’s death in 1962.

Experts have since credited the provocateur with anticipating the modern NFT. 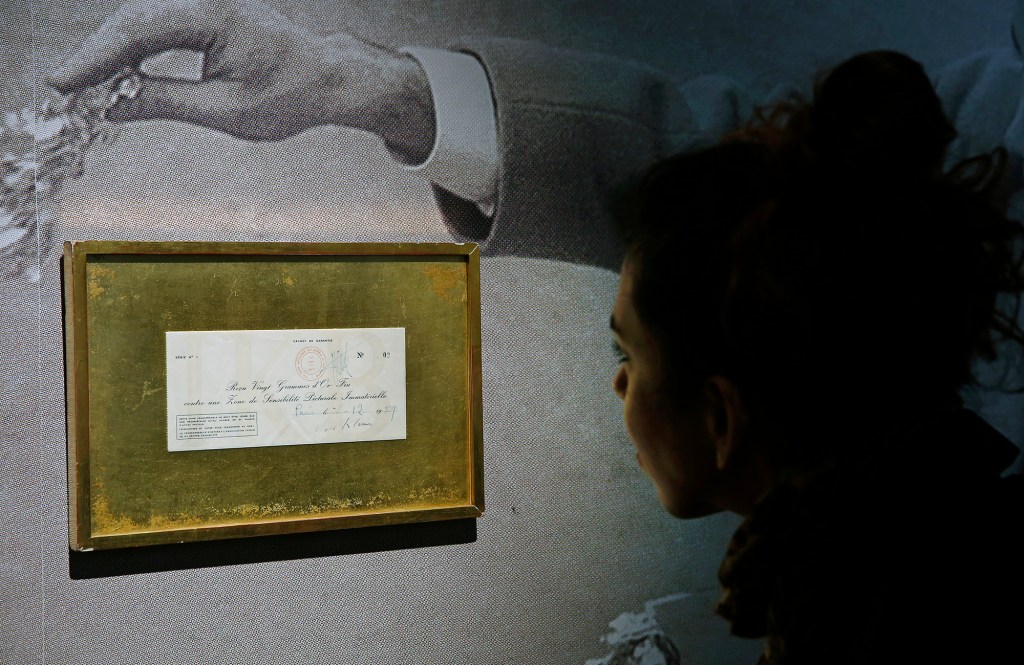 The receipt was dated December 7, 1959 — several years before the artist’s death in 1963.Getty Images 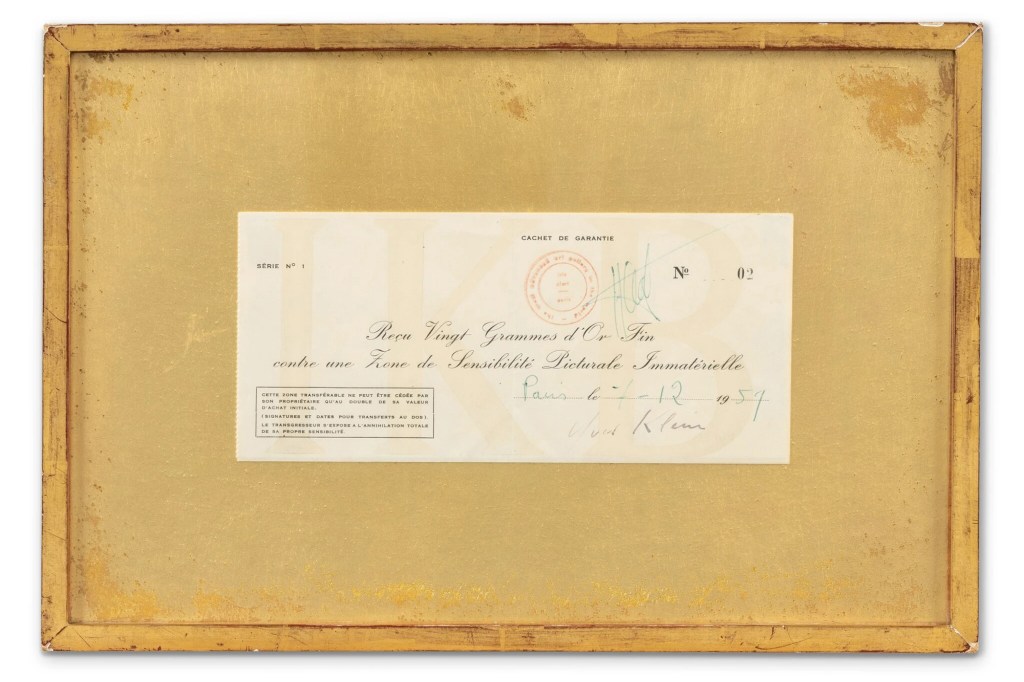 Klein has even been credited with anticipating the rise of NFTs.Sotheby’s

“Some have likened the transfer of a zone of sensitivity and the invention of receipts as an ancestor of the NFT, which itself allows the exchange of immaterial works,” Sotheby’s wrote in the catalog.

As of yet, it’s too early to say whether the buyer, who is identified only as a “private European collector,” is purchasing the receipt with cryptocurrency.

In a similarly meta performance art piece in September, a Danish museum gave an artist $84,000 to use in a commissioned piece — only to have him pocket the cash and turn in two blank canvases entitled “Take the Money and Run.”