With recent advancements, robots could be shifting shapes, helping manage your emotions and much more. Have a look.

Japanese researchers from the RIKEN Guardian Robot Project have created Nikola, an android kid capable of communicating six basic emotions – anger, disgust, fear, happiness, sadness and surprise. Three studies published in February in the journal Frontiers in Psychology demonstrated the robot’s potential to portray human-like emotional facial expressions, an industry first for androids. The bot boy’s face has 29 devices (pneumatic actuators) that control artificial muscle movement through air pressure allowing it to move like the real muscles in a human face. Another set of the actuators control the head and eyeballs. Nikola was taught to mimic facial expressions like dropping his jaw, raising an eyebrow or wrinkling his nose in disgust, and he expresses them seemingly on command. Researchers can control Nikola’s movements using a coding system called the Facial Action Coding System (FACS). The goal – once Nikola has a body – is to assist people, particularly those with physical needs living alone, researchers noted. For now, he’s just a creepy-looking silicon head.

Researchers at England’s University of Bath, recently published in the journal Science Advances, have made advancements toward creating shapeshifting robots by coating objects with mini-robotics that would transform them into different shapes. For example, scientists could wrap up a rubber ball in nano-robots programmed to work together to change its shape from a sphere to a star. Typical machines and robots are programmed from a central controller or computer, but, with this technology, the control element would be spread throughout. This type of movement is similar to how our own bodies move and groove.

“This study is an important proof of concept and has many useful implications. For instance, future technology could produce soft robots that are far squishier and better at picking up and manipulating delicate materials,” said one researcher.

These robots will help soften the blow of bad news. Researchers at the University of Tsukuba in Japan have devised a robot to read text messages with emotion, according to ScienceDaily.com. Researchers tested 94 people by delivering disappointing messages like, “I’m sorry, I am late. The appointment slipped my mind. Can you wait another hour?” and found that an expressive handheld robot called OMOY was able to curb negative responses by relaying these text messages with its own spin. A weight-shifting feature allows OMOY to convey body language, leaning in with a little empathy to the user’s emotions and expressing simulated emotions. Researchers reported the robot helped some users calm down. 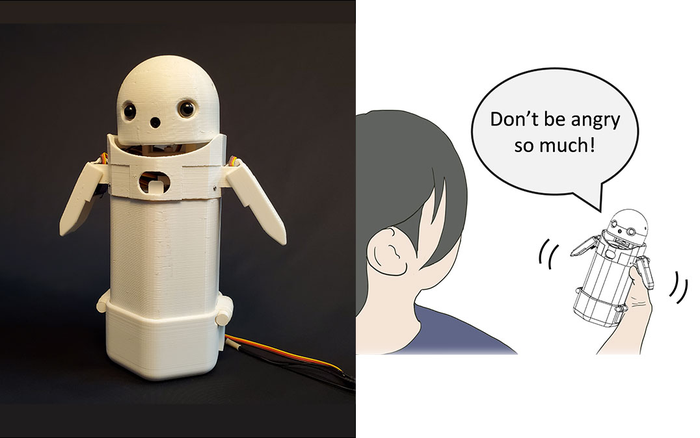 The shipwreck of Endurance, from Antarctic explorer Sir. Ernest Shackleton’s 1914 expedition leading a fleet of 27 crewmen through floating ice in the frozen continent, was discovered by an underwater robot called Sabertooth earlier this month. It was no easy feat – the sea bot dove almost a staggering 10,000 feet below deep, capturing video of the long-lost vessel with its cameras and sonar sound waves, according to a news release. The underwater search vehicle, produced by Saab, features a mission-planning software that allows humans to program step-by-step instructions for Sabertooth to perform. But what really makes this underwater robot extraordinary is its ability to overcome the elements – sifting through ice, rocks and avoiding elements. 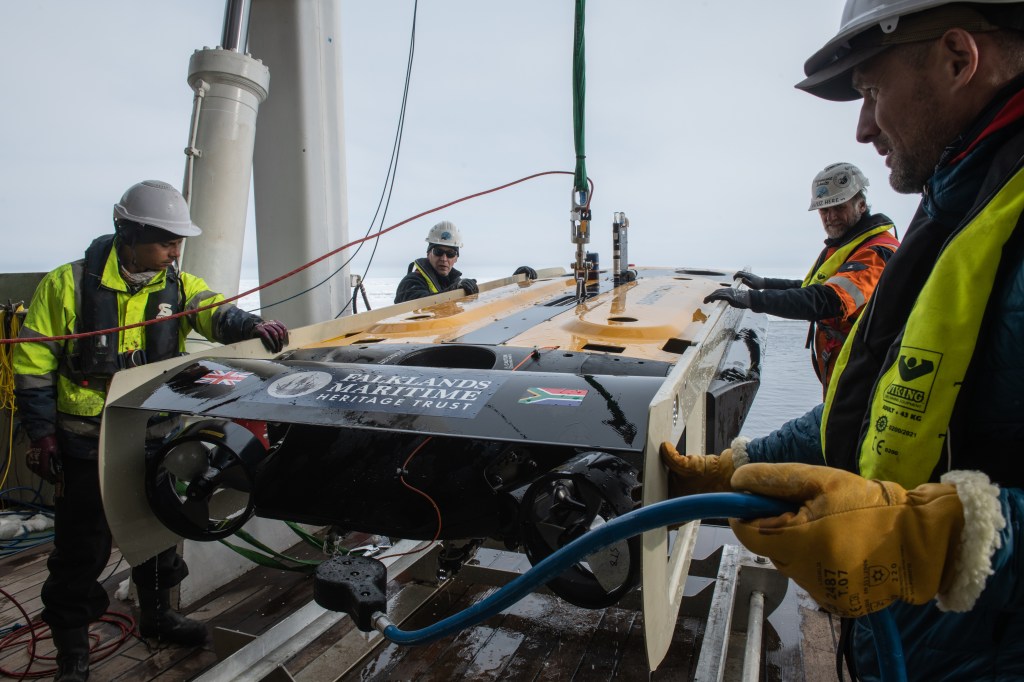 The shipwreck of Endurance, from Antarctic explorer Sir. Ernest Shackleton’s 1914 expedition leading a fleet of 27 crewmen through floating ice in the frozen continent, was discovered by an underwater robot called Sabertooth earlier this month.Esther Horvath