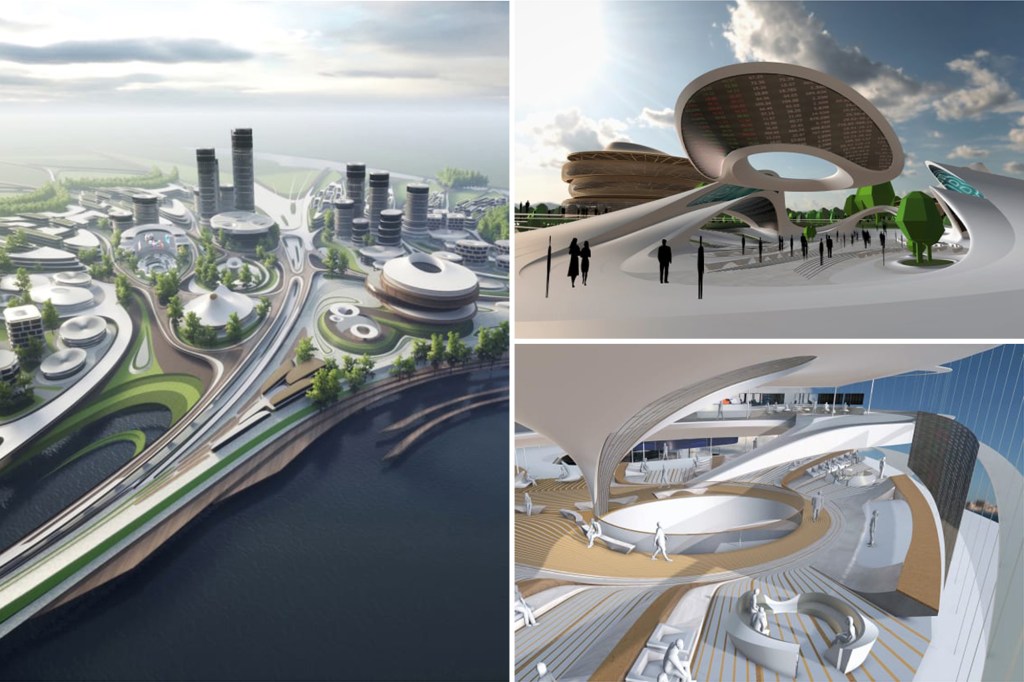 An architecture firm has plans to design a metaverse centering around self-governance.

Zaha Hadid Architects (ZHA) – one of the world’s most prominent architecture firms – has shared plans to develop a utopian digital world, according to a new report by CNN.

Several illustrations of the futuristic and urban metaverse, designated Liberland, were also shared by ZHA.

Curved buildings, a city hall, collaborative working spaces, shops, and business incubators can be found throughout the virtual platform.

Perhaps most notably, the architecture firm’s digital community will focus on self-governing ideals based on Liberland – a micronation founded in 2015 by Czech politician Vit Jedlicka.

“If you start off with a clean environment, and…you don’t throw garbage around, that can be maintained without much policing,” ZHA principal architect Patrik Schumacher told CNN. 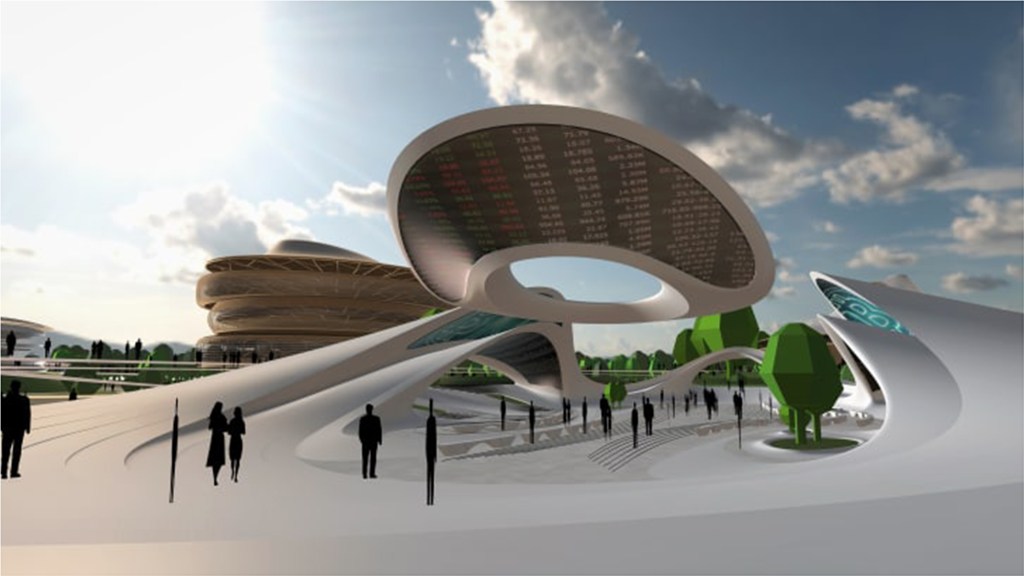 Liberland Metaverse is based on the Republic of Liberland.Zaha Hadid Architects

The real Liberland is situated between Serbia and Croatia and has 7,000 approved residents.

While the micronation is not recognized by any other country, it boasts its own flag, anthem, and cryptocurrency: the Liberland merit.

And now, the micronation “is hoping to stake its claim in the virtual world,” CNN writes.

A metaverse, which functions on a decentralized platform and utilizes blockchain technology, is an ideal space for libertarianism ideals (such as those adopted by Liberland) to thrive, Schumacher said.

The architect added that he has been fascinated by Liberland for a number of years now. 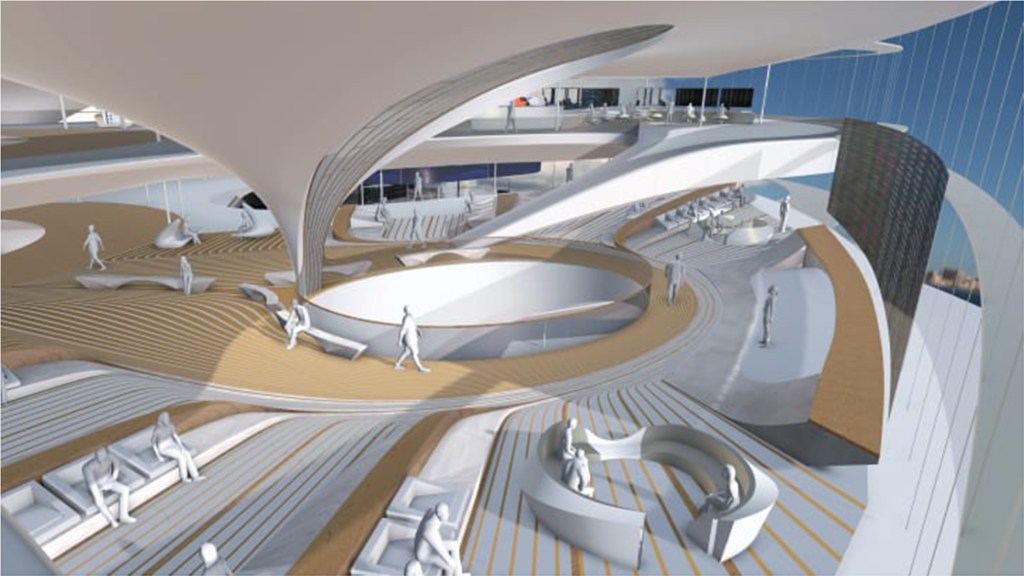 Some of the designs are based on real-life infrastructures.Zaha Hadid Architects

“It’s a very lively scene of contributors…a lot of IT and crypto and tech entrepreneurs who find the world too restrictive,” he said.

Libertarian philosophy isn’t the only inspiration developers are taking from the real world to create the Liberland metaverse.

The virtual platform’s aesthetics and digital infrastructure are also meant to be based on real-life designs; it even mimics the same border shape as the Free Republic of Liberland.

In particular, the buildings were created with a parametric design – an algorithm that generates complex forms.

“I believe the metaverse is not a fantasy world. It’s not a video game,” Schumacher said. 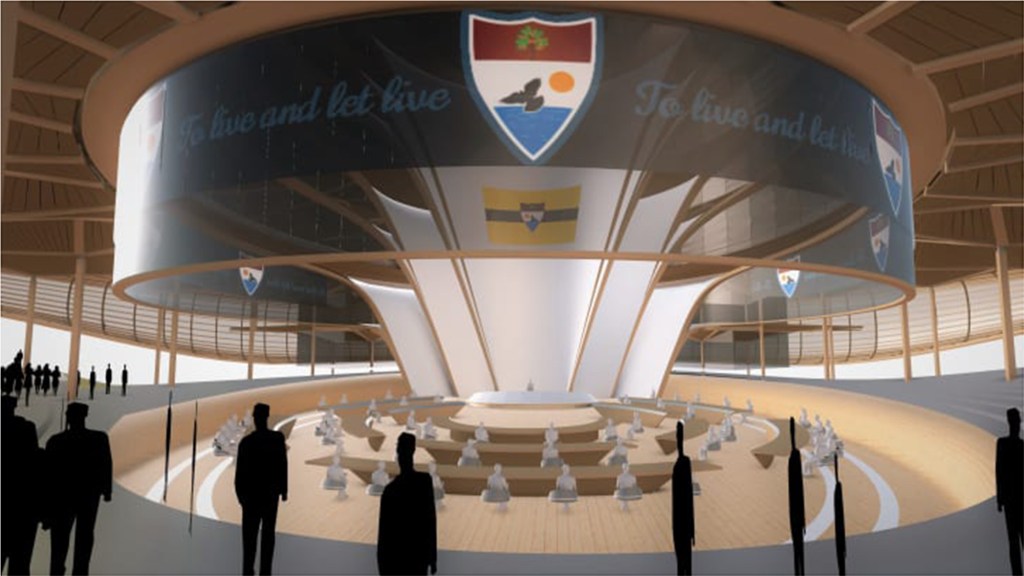 The real Liberland is situated between Serbia and Croatia and has 7,000 approved residents. Zaha Hadid Architects

“[Liberland metaverse’s architecture] is unusual and unique, but at the same time is realistic with respect to the kinds of architecture we have built already and which will be coming,” he added.

ZHA also plans to merge its virtual world with the physical world, saying that they believe “these hybrid mixed-reality spaces will be very important in every place of work.”

Currently, part of the metaverse is being tested through two virtual floors in one of the buildings, CNN said.

According to Jedlicka, Liberland citizens and residents will have first access to the metaverse once it’s up and running.