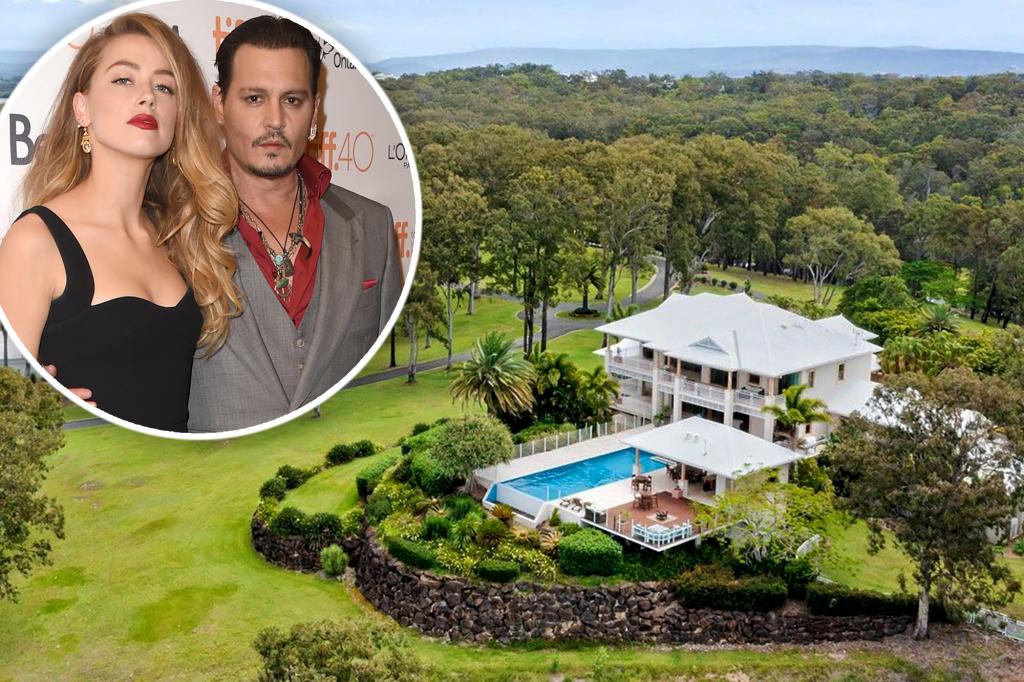 The infamous Australian house where Johnny Depp and Amber Heard’s two Yorkshire terriers, Pistol and Boo, were held hostage after they were illegally smuggled into the country is now making news for other reasons.

On Monday, Depp’s house manager, Ben King, testified about finding the actor’s severed finger inside the home after Heard allegedly threw a vodka bottle at him.

The testimony comes as Depp, 58, is suing Heard, 36, for $50 million, claiming she defamed him in a 2018 Washington Post opinion piece in which she claimed she was a domestic and sexual violence survivor.

The five-week trial began on April 11, with Heard expected to testify in the coming days.

Located in the oceanside city of Gold Coast in the Australian state of Queensland, Depp and Heard rented the home from MotoGP world champion Mick Doohan in 2015 while the actor filmed the fifth installment of the “Pirates of the Caribbean” franchise. 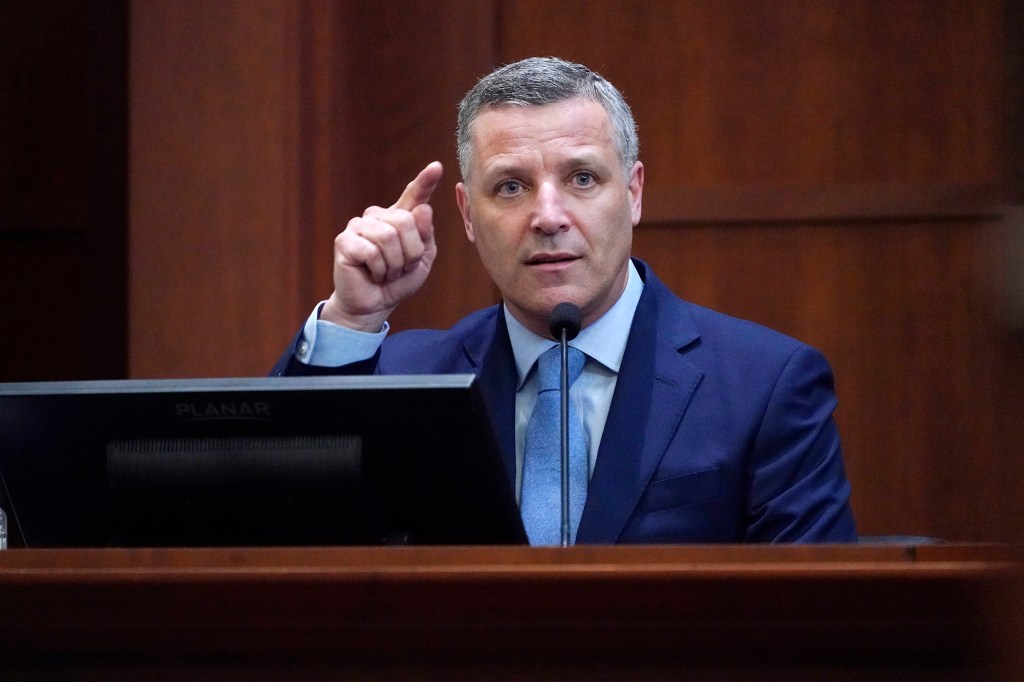 Ben King, Johnny Depp’s house manager, was called on to testify about Depp and Heard’s 2015 fight.Steve Helber/Pool via AP 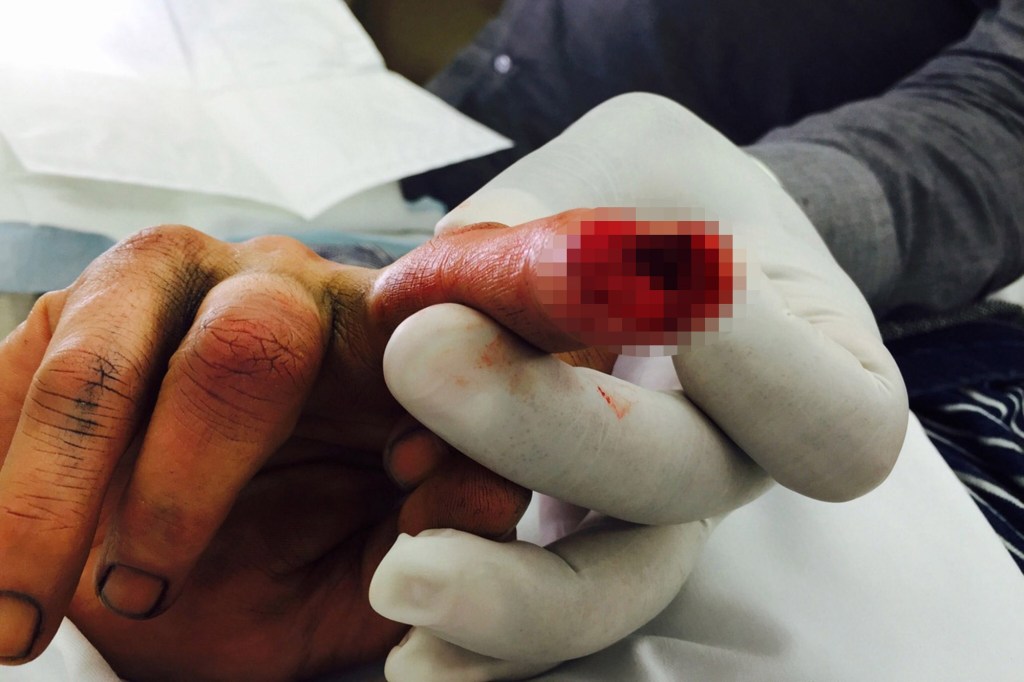 Depp claims the top of his finger was chopped off after Heard threw a vodka bottle at him. Heard says the actor cut it off himself with a knife during a three-day drug fueled bender.Fairfax County Court

King claimed he arrived at the residence on the afternoon of March 8, 2015, where he could hear “hysterical sobbing” from Heard. That was when he witnessed Depp’s personal doctor, David Kipper, “rummaging through a bin” in the kitchen to look for Depp’s fingertip.

King said he eventually discovered the fingertip “directly below the bar,” where he noticed a paper towel with “lots of blood around it” on the floor.

“[They] were keen to get it to the hospital quickly to see if it could be reattached,” King testified.

The house manager then detailed that the pair had left the house in complete disarray with up to $50,000 in significant damage following their explosive fight.

A “big chunk had been taken out of the marble staircase,” there was a “collapsed” ping-pong table, “remnants of a coffee cup was embedded” in a wall-mounted TV and the walls around the room had also been damaged, King added. 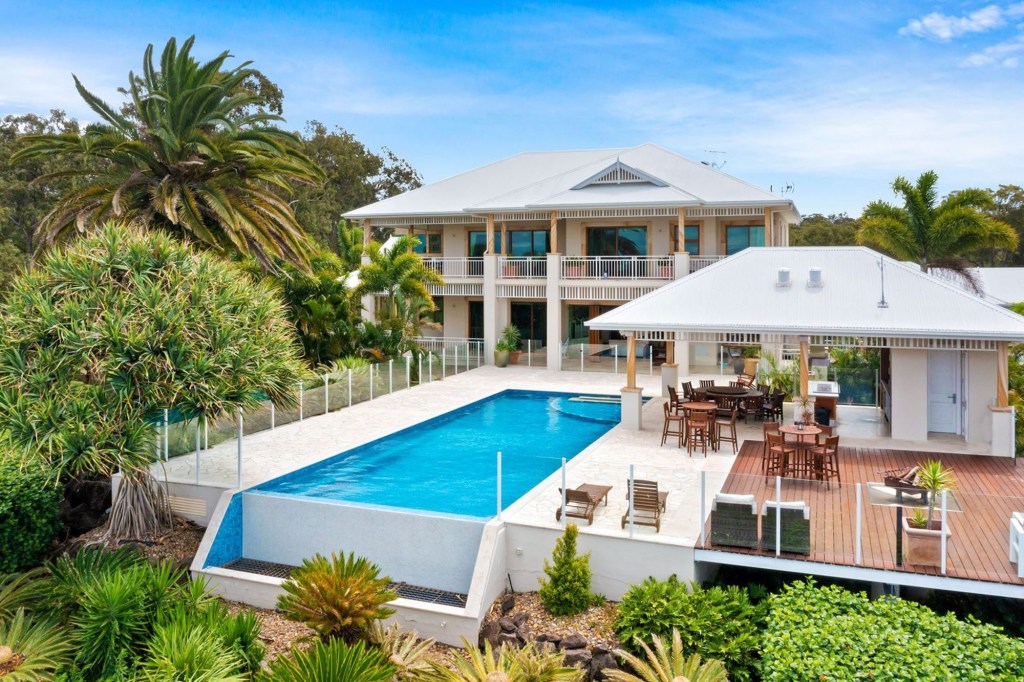 The pool and outdoor kitchen area are surrounded by 40 acres. Amir Prestige 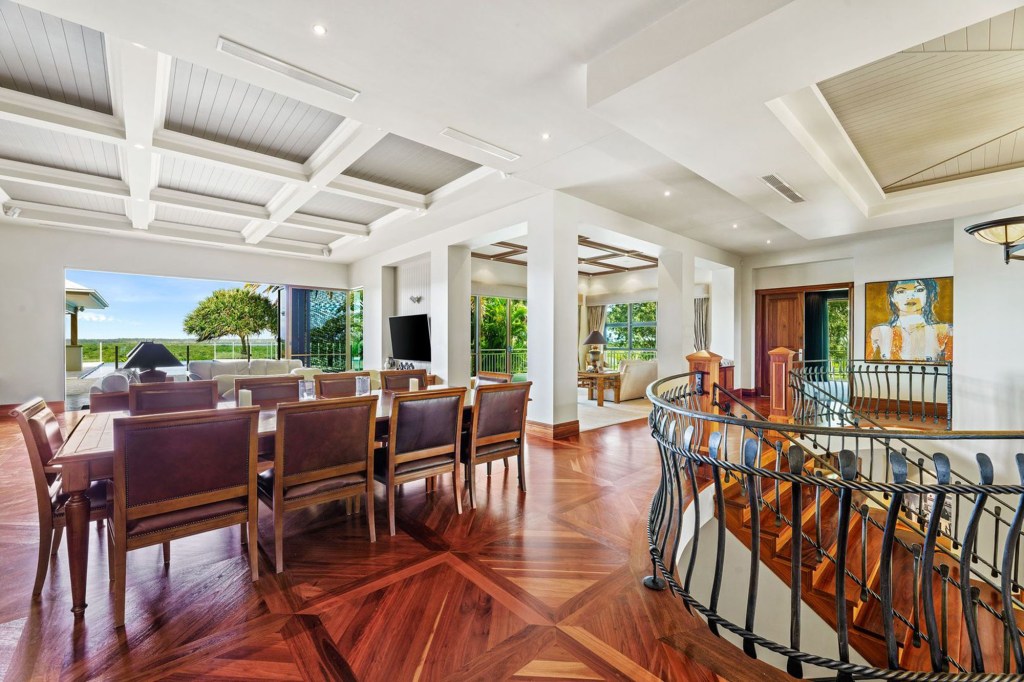 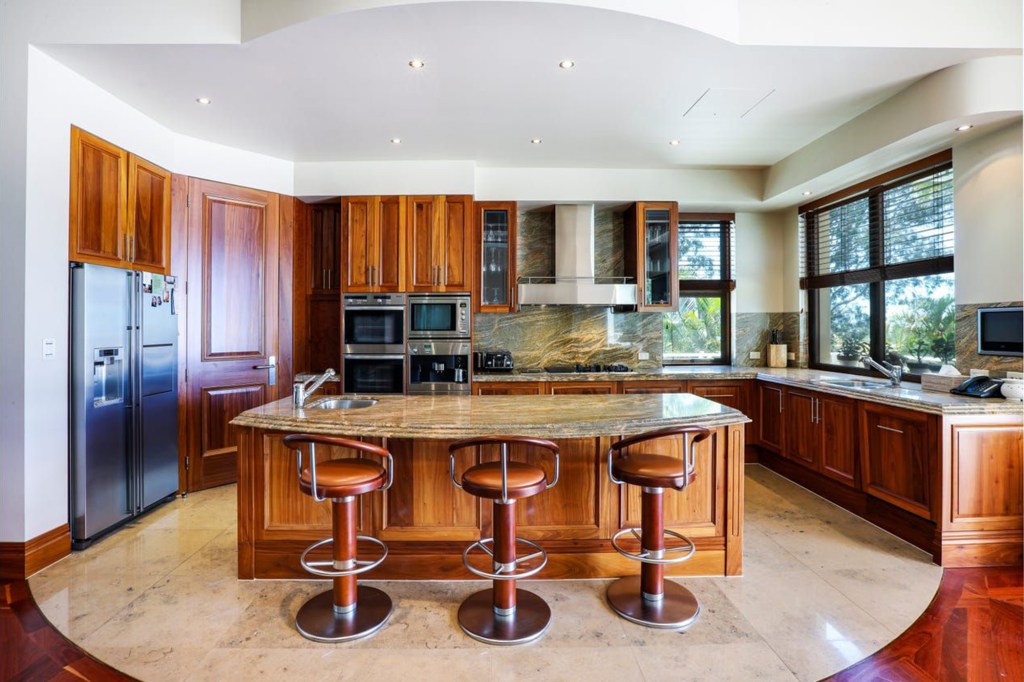 Depp testified last week, claiming he was forced to hide from Heard in the home to escape her alleged violent tirades.

“The house they’d rented for me in Australia was quite a large place. I think I ended up locking myself in at least nine bedrooms, bathrooms that day as she was banging on the doors and streaming obscenities and wanting to have a physical altercation,” Depp said.

Located on the Coomera River, the property boasts 40 acres with coastline views. According to a previous listing description, the house has a timber staircase, polished marble floors, and sandstone and limestone fixtures. 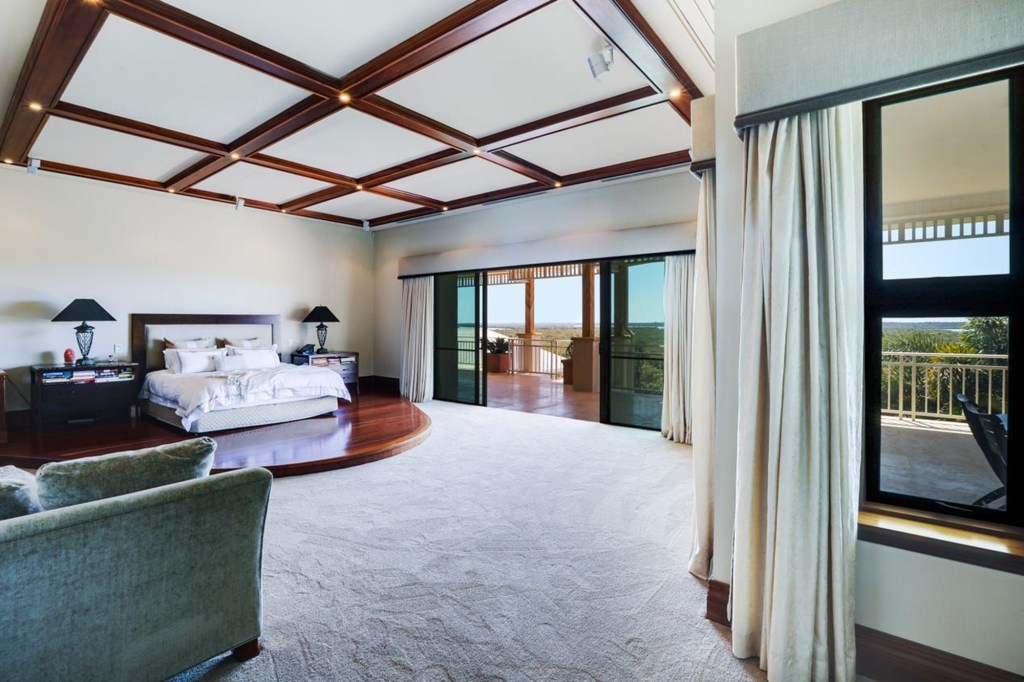 The primary bedroom with a private expansive terrace. Amir Prestige 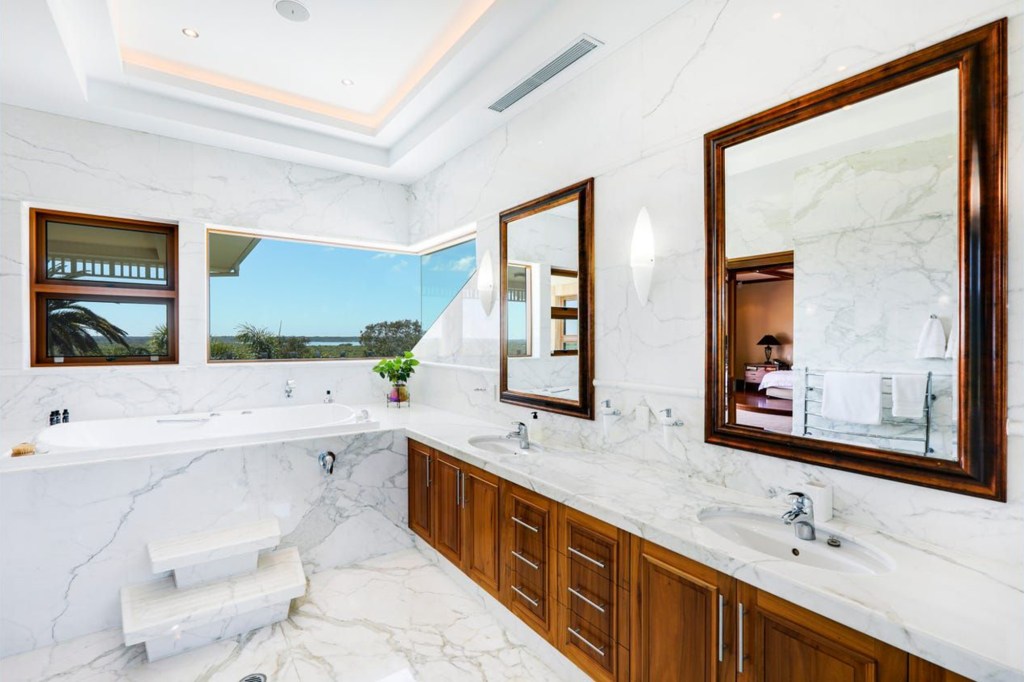 The primary en-suite bathroom has marble finishes throughout. Amir Prestige

The main bedroom of the home comes with a built-in cinema. Other amenities include an outdoor kitchen, a luxury pool, tennis courts, elevators, go-karts and dirt bikes.

The property also has its own helicopter hangar.

The residence also served as a temporary home to Brad Pitt and Angelina Jolie when they resided in the mansion during the filming of Jolie’s film “Unbroken” in 2013.

Singer Pink and her motocross-racer husband Carey Hart have also reportedly stayed at the estate.

Tap the right side of the screen below to watch this as a web story: 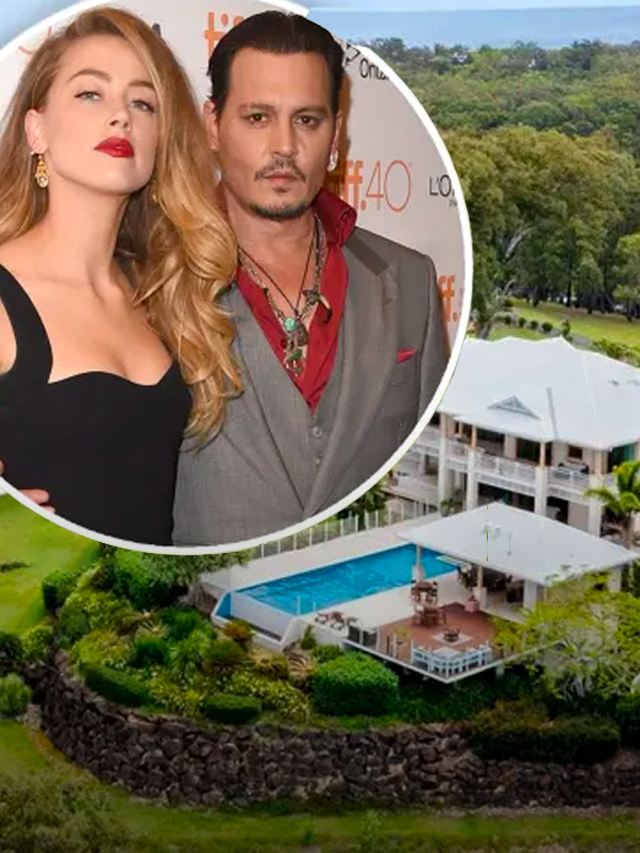