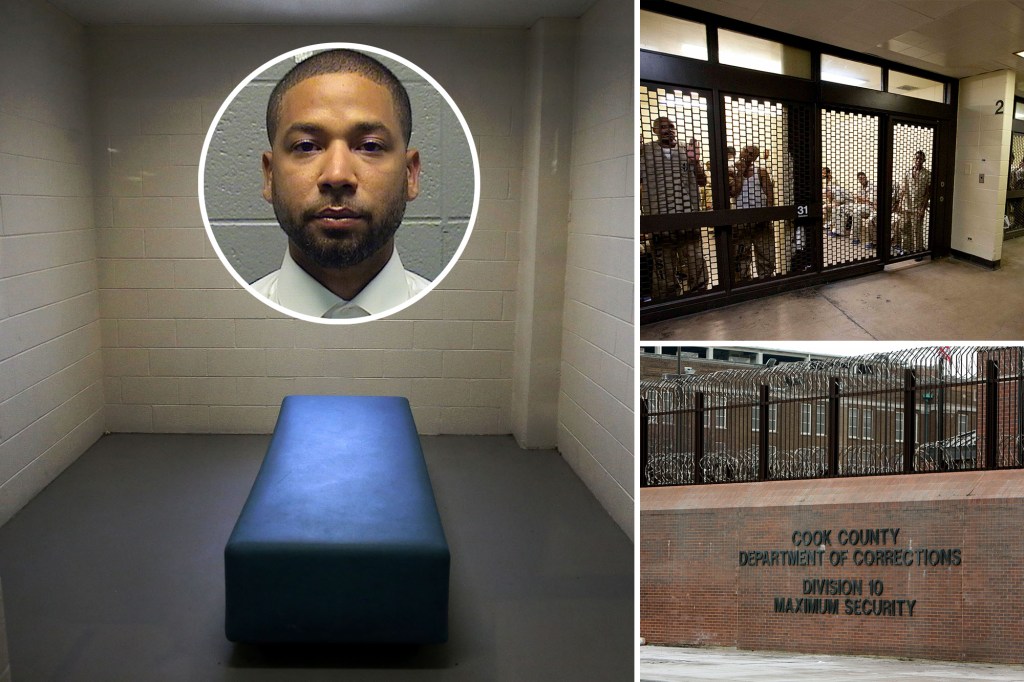 Jussie Smollett’s new digs are actually pretty terrifying — as one would expect from a prison.

The Cook County Jail where the “Empire” actor will spend the next 150 days has faced hundreds of lawsuits over the years, with inmates alleging overcrowding, violent treatment and not enough protection against other inmates.

In the past few months alone, a person behind bars accused the jail of forcing him to share a cell with someone who had tested positive for the coronavirus.

And in a different lawsuit filed earlier this year that was obtained by The Post, another inmate accused corrections officers of using “excessive force” on him to the point where he “lost consciousness.”

“When I came back I was face down in a pool of my own blood with a gash on my forehead,” the man said in the initial complaint, filed on Jan. 13, 2022. 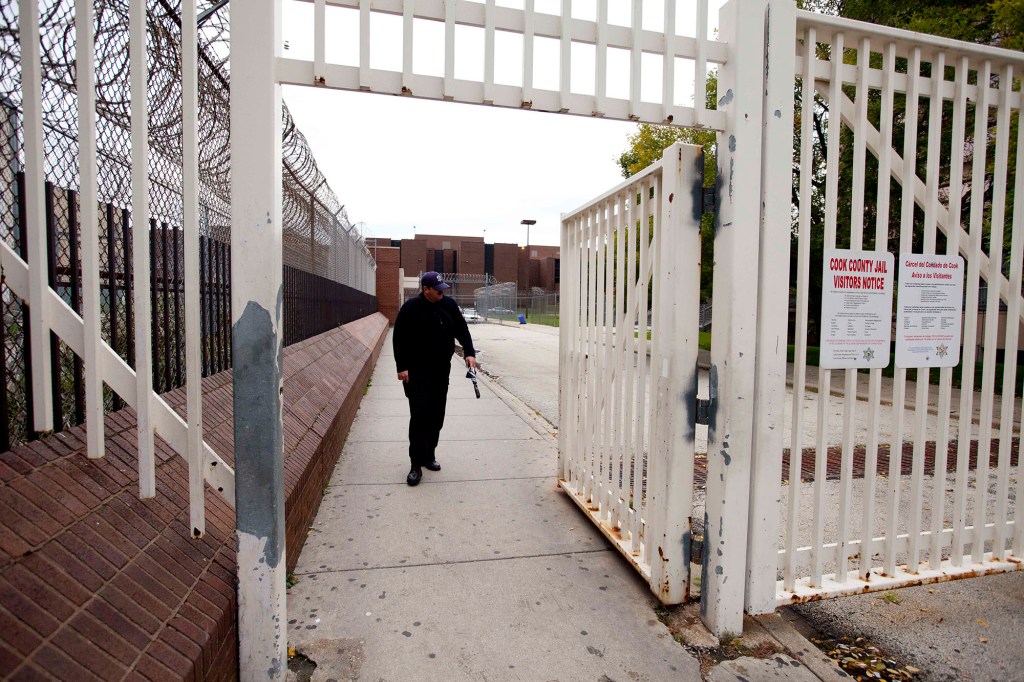 This Sept. 29, 2011, photo shows Section 5 of the Cook County Jail in Chicago, the largest single-site jail in the nation.M. Spencer Green 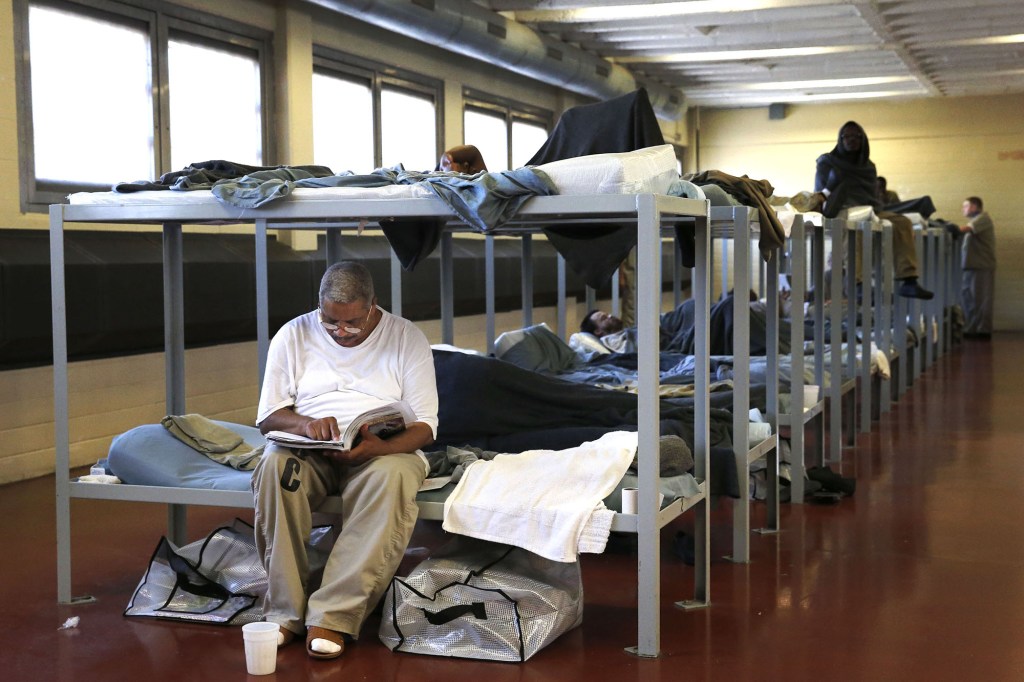 William, 62, sits on his bottom bunk and works a word puzzle inside the Cook County Jail’s Division 2, Dorm 2, on June 26, 2014. Charles Rex Arbogast 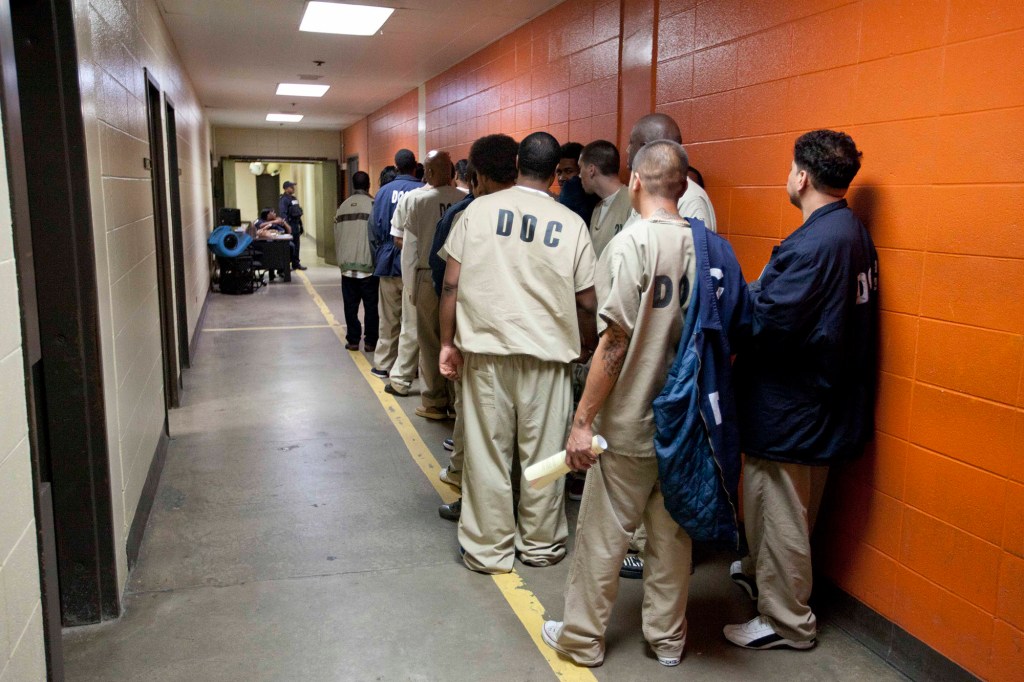 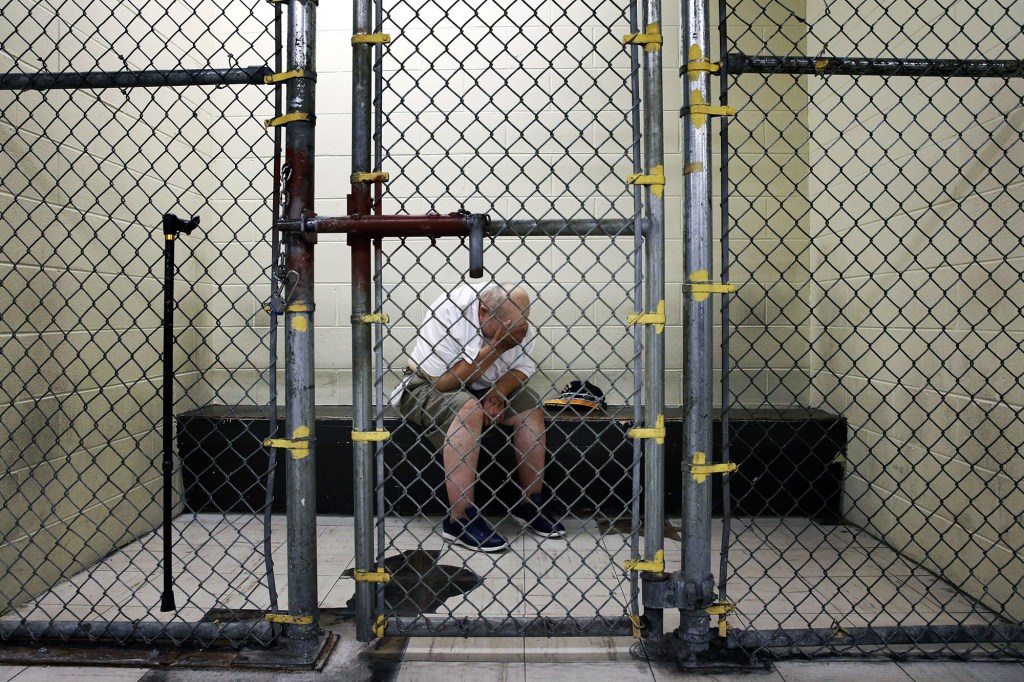 A US veteran, reportedly suffering from post-traumatic stress, sits in a segregated holding pen at the Cook County Jail in 2014 after he was arrested on a narcotics charge in Chicago. Charles Rex Arbogast 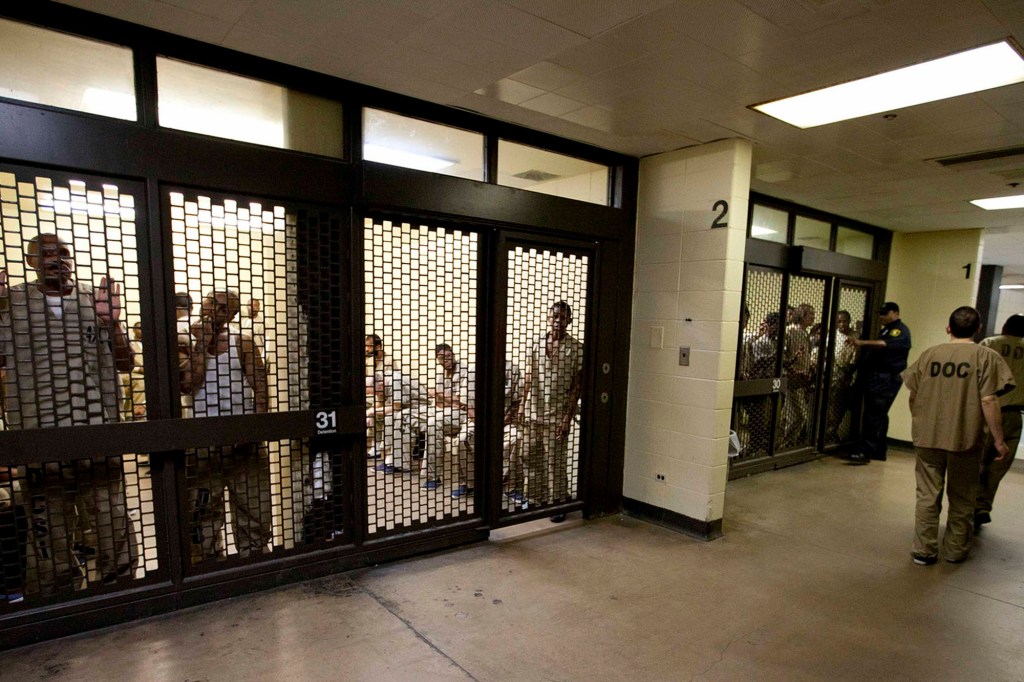 Inmates wait to be processed for release. M. Spencer Green

The report also claimed that inmates had been forced to sleep on cell floors due to overcrowding, which led to a class-action lawsuit and a settlement.

In a more recent incident, in 2018, a huge, violent brawl broke out and dozens of inmates were injured.

According to Chicago’s Human Rights Authority, approximately 100,000 people circulate through the jail annually. The daily population averages 7,500, mainly people detained awaiting trial and not yet convicted.

Situated on a colossal 96 acres of land, the jail is considered the “largest single-site jail in the country,” the its website states. It is composed of 10 divisions, with each including a day room for eating and watching television. There is also a health-services facility, a privatized food service and commissary section, and four on-site sheriff departments.

Smollett, who was convicted of five felonies, including lying to police about a hate crime, was placed in the Division 8 section of the jail — the residential treatment unit, or RTU, which is usually reserved for inmates with injuries or illness. 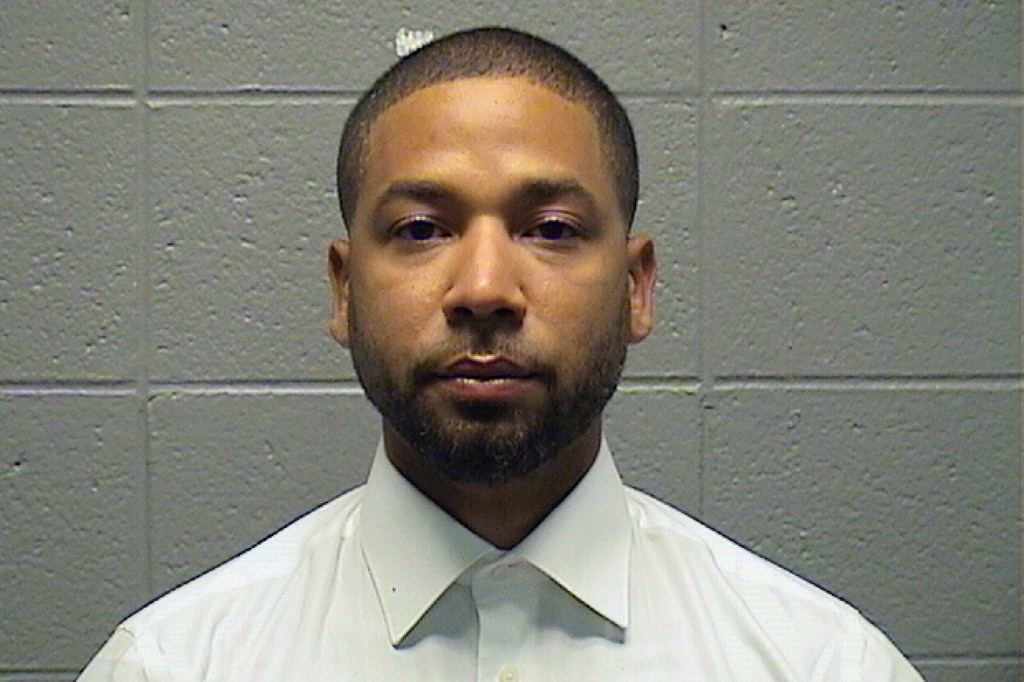 In a statement to The Post, a representative for the Cook County Sheriff’s Office said that while Smollett “is not being held in solitary confinement” — a practice “abolished” at the jail in 2016 — the performer “is being housed in his own cell, which is monitored by security cameras in the cell and by an officer wearing a body-worn camera who is stationed at the entrance of the cell to ensure that Mr. Smollett is under direct observation at all times.

“As with all detained persons, Mr. Smollett is entitled to have substantial time out of his cell in the common areas on the tier where he is housed, where he is able to use the telephone, watch television, and interact with staff,” the statement continued. “During such times out of cell, other detainees will not be present in the common areas. These protocols are routinely used for individuals ordered into protective custody who may potentially be at risk of harm due to the nature of their charges, their profession or their noteworthy status.

“The safety and security of all detained individuals, including Mr. Smollett, is the Sheriff’s Office’s highest priority,” the department concluded.

After the judge handed down his sentence, the “Empire” actor continued to deny any wrongdoing — even as he was whisked away to Cook County Jail. 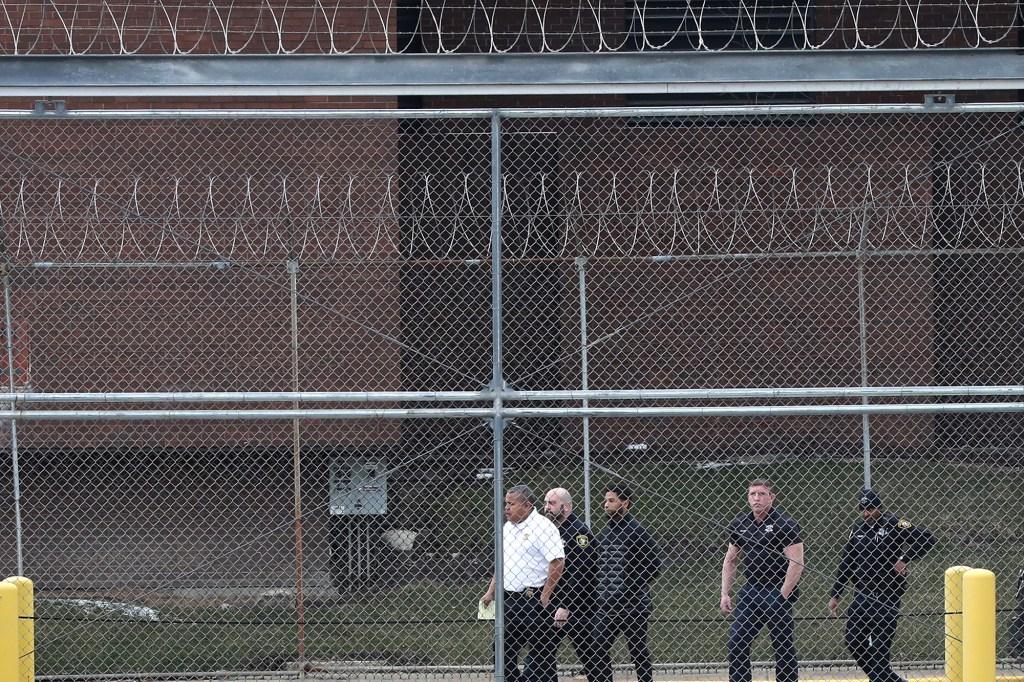 Smollett is escorted by security at Cook County Jail. G.N.Miller

“I’m innocent!” Smollett, 39, said as he was led away in handcuffs. “I could’ve said I was guilty a long time ago!”

“I did not do this and I am not suicidal and if anything happens to me when I go there, I did not do it to myself and you must all know that,” he emphasized.

Although sentenced to five months, he could get out of jail in two months due to overcrowding.

Smollett will serve this as part of the 30 months of probation Judge James Linn sentenced him to, alongside Linn’s orders to pay the City of Chicago $120,000 in restitution and a $25,000 fine following his guilty verdict on five counts of felony disorderly conduct.

Lingerie brand Harper Wilde issued an apology Monday for its ad campaign that compared their bras to Ryan Reynolds holding...