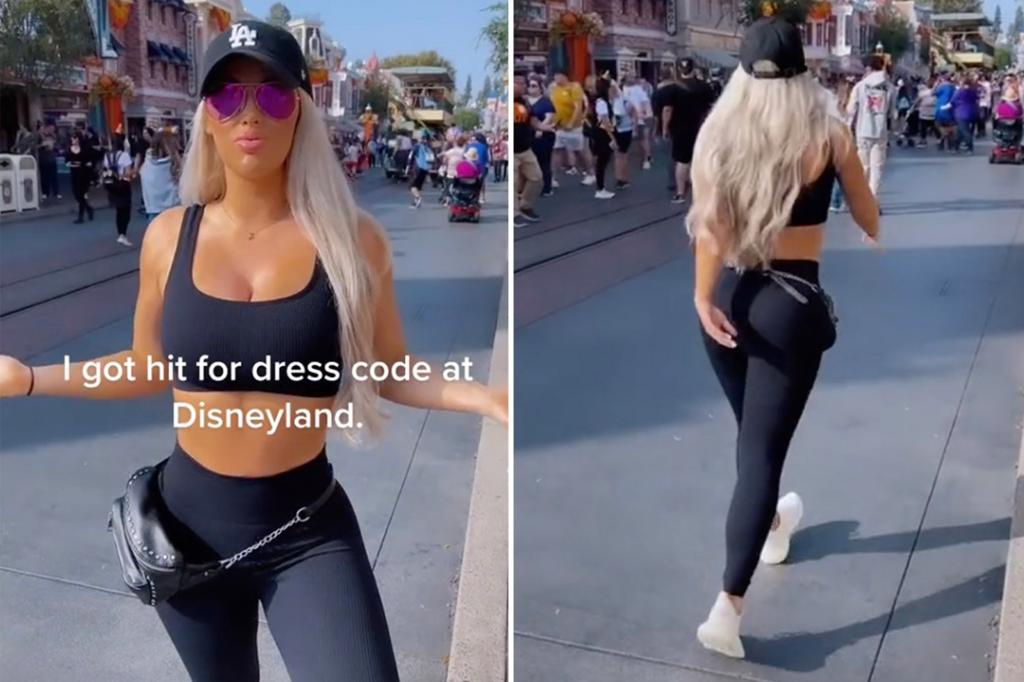 She was not too pleased with the Disney fashion police.

A California influencer claims that she was “body shamed” by Disneyland staff after reportedly wearing a revealing crop top to the House of Mouse in Anaheim. A video detailing her alleged dress code violation has amassed over 56,000 views as people commiserate with her plight.

“I got hit for dress code at Disneyland,” intones influencer Laci Kay Somers, who regularly saucy bikini snaps to her over 12.2 million followers on Instagram, in the clip of her sartorial scarlet lettering.

In the accompanying footage, captioned “What I do tho” along with the hashtag #bodyshaming, the bombshell can be seen twirling about in black leggings and a skimpy crop top that shows off her bare midriff before the crop top cops came for her. 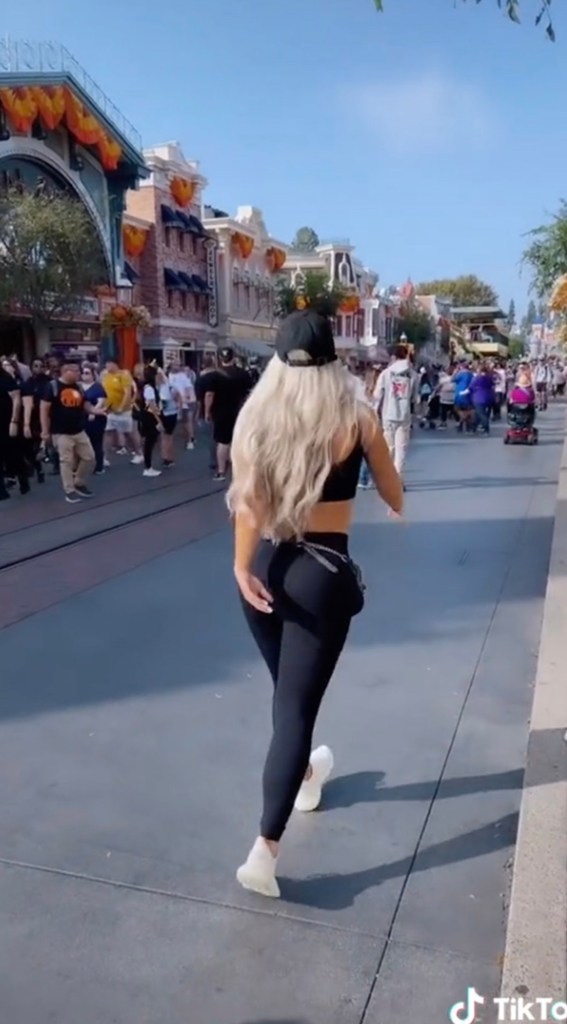 The Happiest Place On Earth’s dress code prohibits “clothing which, by nature, exposes excessive portions of the skin that may be viewed as inappropriate for a family environment,” ThemeParkTourist.com states. 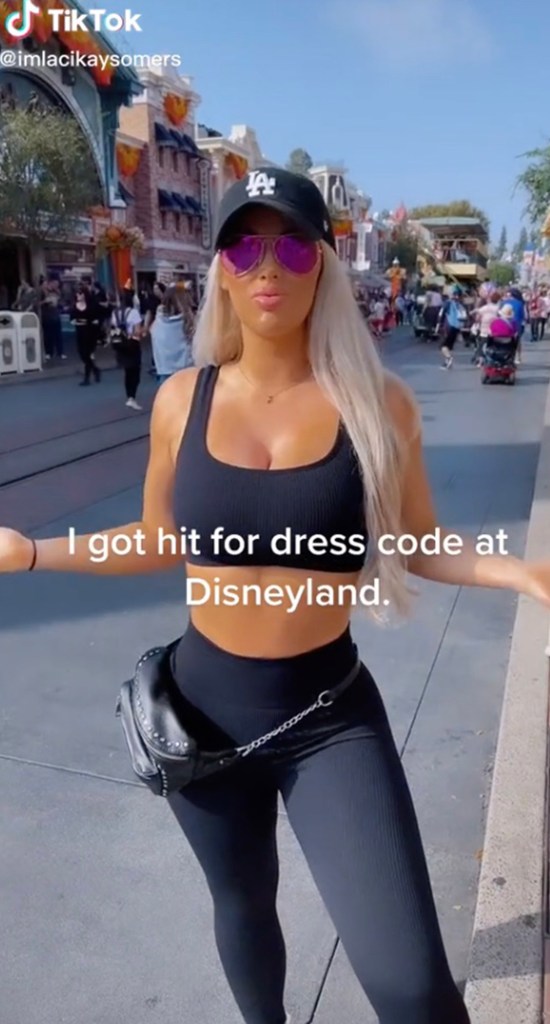 “I got hit for dress code at Disneyland,” Somers lamented in the clip.TikTok/imlacikaysomers

Another wrote, “Well you do look hot/sexy but not enough to cause a problem.”

“You got hit for jealousy!” declared one fan.

However, a few commenters sided with Disneyland with one House Of Mouse supporter writing, “I mean im good with it but, yeah they probably require more then a sports bra… especially with your ‘physique’ lol.”

“I mean they see more at a beach and they don’t get mad at girls there haha,” replied Somers.

Another commenter told her to “go buy a shirt then,” to which she responded: “Lol have you ever been to the beach ? Lol you see a lot more there there is nothing wrong with what I’m wearing lol.”

She also insisted that she was “fully covered.” 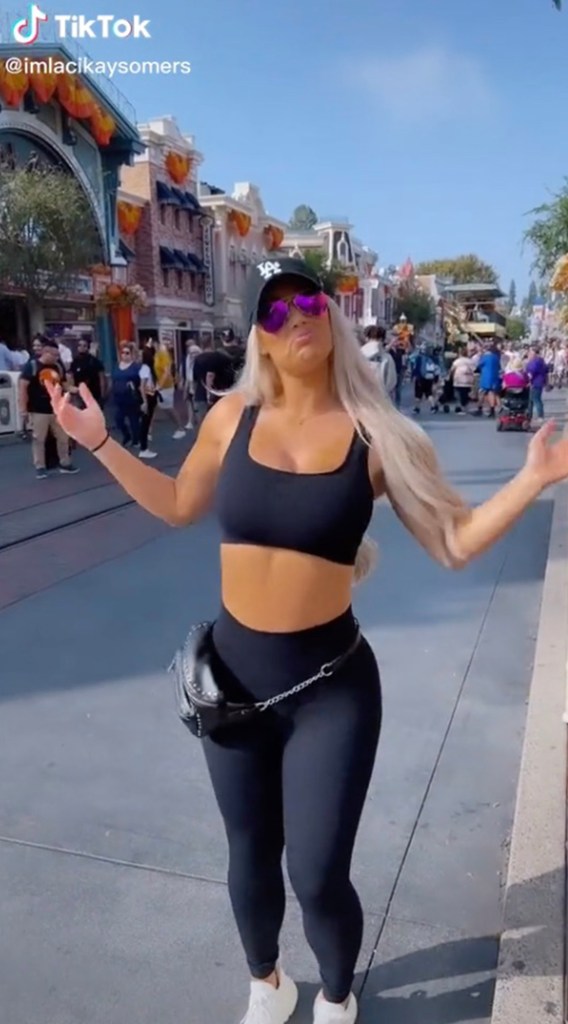 The Happiest Place On Earth’s dress code prohibits “clothing which, by nature, exposes excessive portions of the skin that may be viewed as inappropriate for a family environment.”TikTok/imlacikaysomers

This comes after Disneyland was plagued by a viral new trend, in which influencers would purposefully wear inappropriate tops so the park would give her a free T-shirt to cover up with, as per their policy.

Unfortunately, it appears that the House Of Mouse has caught wise to the hack. In October, a TikTokker’s attempt to game the system backfired after cast members forced her to buy a T-shirt.