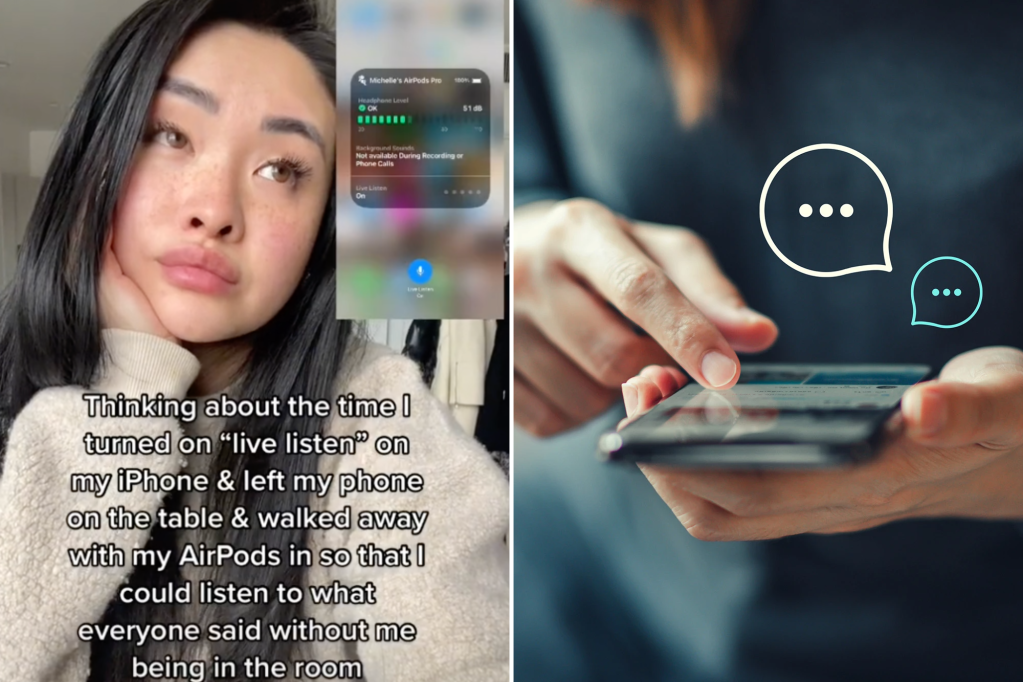 Would you use an iPhone feature that allows you to hear what your friends say about you when you walk away from the table?

One woman did — and says it’s a “wonderful little hack.”

“Thinking about the time I turned on ‘live listen’ on my iPhone & left my phone on the table & walked away with my AirPods in so that I could listen to what everyone said without me being in the room,” she wrote in a video.

Live Listen was introduced in 2014 as a way for iPhone users with hearing aids to hear others more easily in noisy environments.

The setting allows an iPhone or iPad to act as a microphone, sending sound to the hearing aids.

Originally, it only worked with iPhone-compatible hearing aids but has since expanded to AirPods.

That’s how Guo was able to use it in a room with her friends.

Guo learned of the setting from the Apple website, she told the Daily Dot. 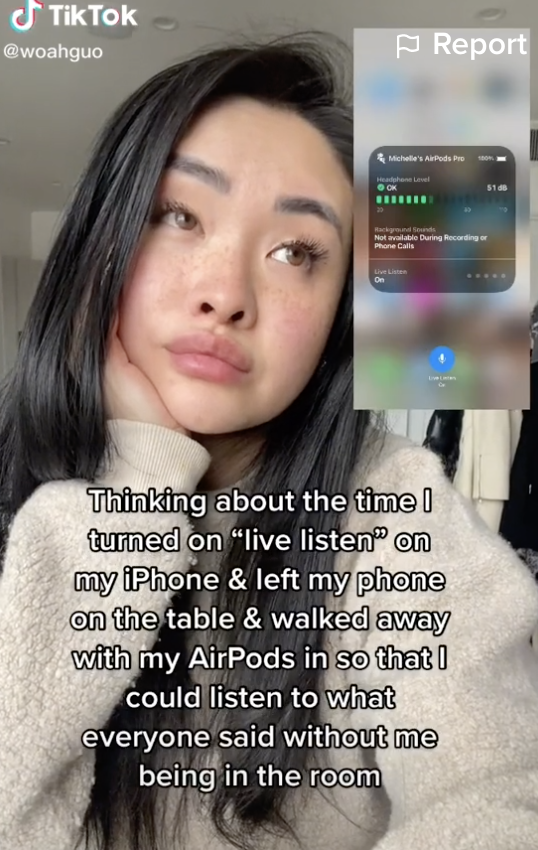 She said she tested it out with her friends, which led to the TikTok video.

Guo told the outlet she posted about the setting to spread awareness.

Hundreds of people have commented asking Guo how she activated the hidden setting.

She responded to many by writing: “Settings > Control Center > add Hearing > connect AirPods > turn on Live Listen > place phone down & walk away & listen.”

“STORYTIME: The only time I did this was when I tested it out with my friends after we read about it online … USE RESPONSIBLY!!!!,” Guo wrote.

Some users were shocked to learn about the setting, while others shared feeling nervous about what they’d learn from using the setting while with friends.

“I’m scared of what they will say,” one user wrote.

“I did smth similar in elementary school, found out my friends were talking abt me and dropped them,” said another. 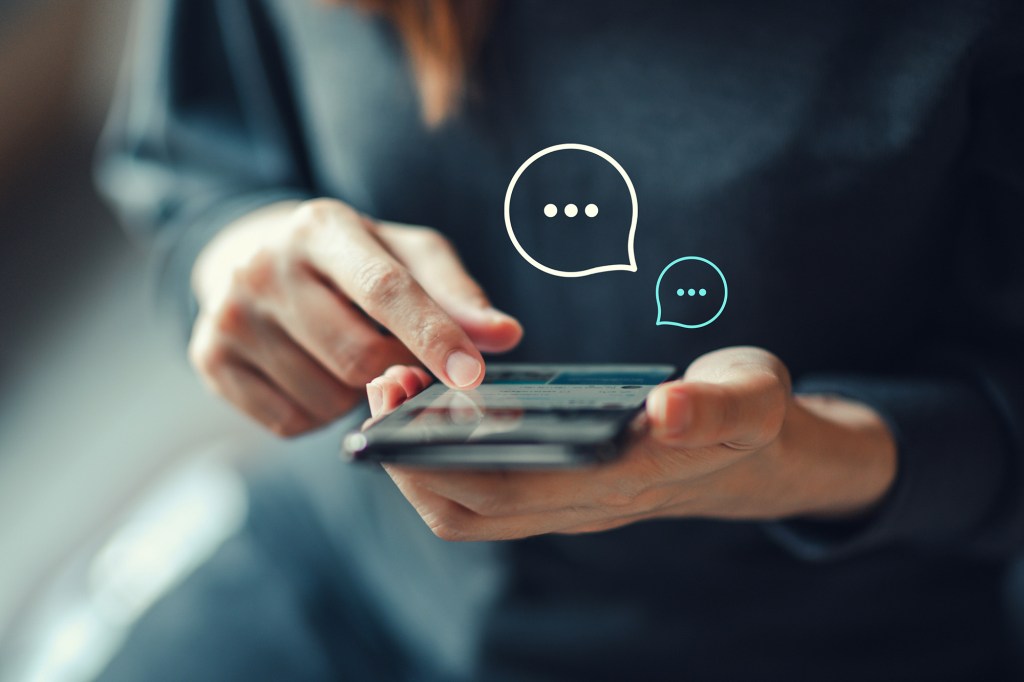 Guo’s video has racked up more than 720,000 views.Getty Images/iStockphoto

“I did it once and I will not do it again,” another user wrote.

Previous post This is why wearing a mask makes you hotter: new study

Next post Cancer patients do benefit from COVID-19 vaccination, study finds: The rate of developing antibodies varies by cancer type and treatment