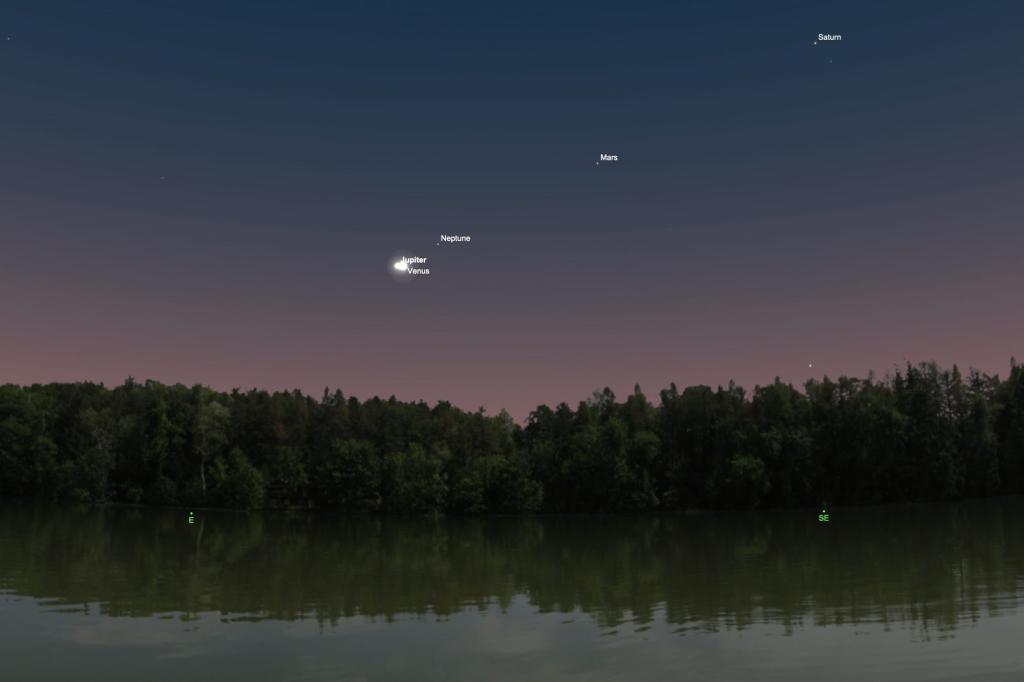 Venus and Jupiter are on track to “nearly collide” in the sky this week.

Stargazers will be able to watch the phenomenon if they wake up very early.

How to watch Venus and Jupiter ‘nearly collide’

The event is best viewed an hour before dawn.

You need to look towards the East and you should see the two planets shining very close together like bright stars.

It may be hard to distinguish the planets without a telescope.

NASA says: “Jupiter and Venus will then meet in conjunction during the morning of April 30 – appearing to nearly collide into each other.

“Due to the glare from both planets, observers will see them merge into one very bright, spectacular glow!”

Despite looking very close together, the two planets will remain very far apart in space.

NASA explains: “Venus’s orbit is closer to the Sun than the Earth’s, and Jupiter’s orbit is much farther away, so the proximity is an illusion, occurring only because Earth, Venus, and Jupiter happen to be approximately aligned.”

You should also be able to watch the event on May 1, but the planets will switch positions.

Venus should be to the lower right of Jupiter on April 30. 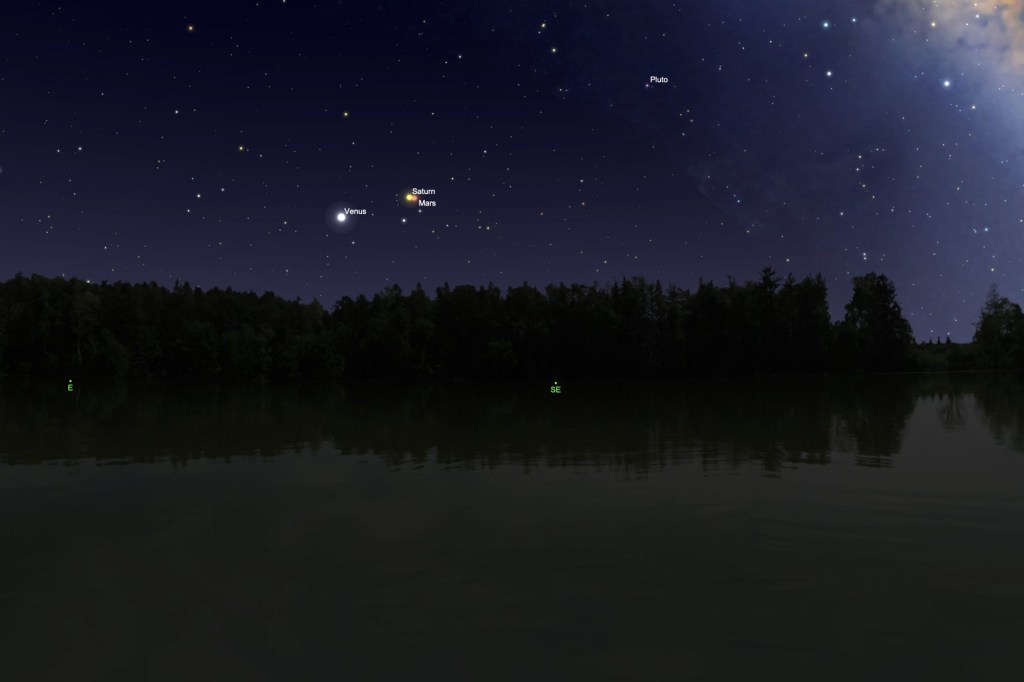 A wide view from binoculars shows Mars and Saturn next to each other over Huntsville, Alabama, in the early morning on April 4, 2022. NASA/Marshall

Sometimes smartphones can be useful to point out the location of constellations and planets in the night sky.

You can try downloading one of these apps to point yourself in the right direction.

Make sure you give your eyes a break from your phone afterwards though, stargazing is best when your eyes have adjusted to the dark.

Some apps are free but a lot of them charge so it depends if you want to put up with adverts or not. 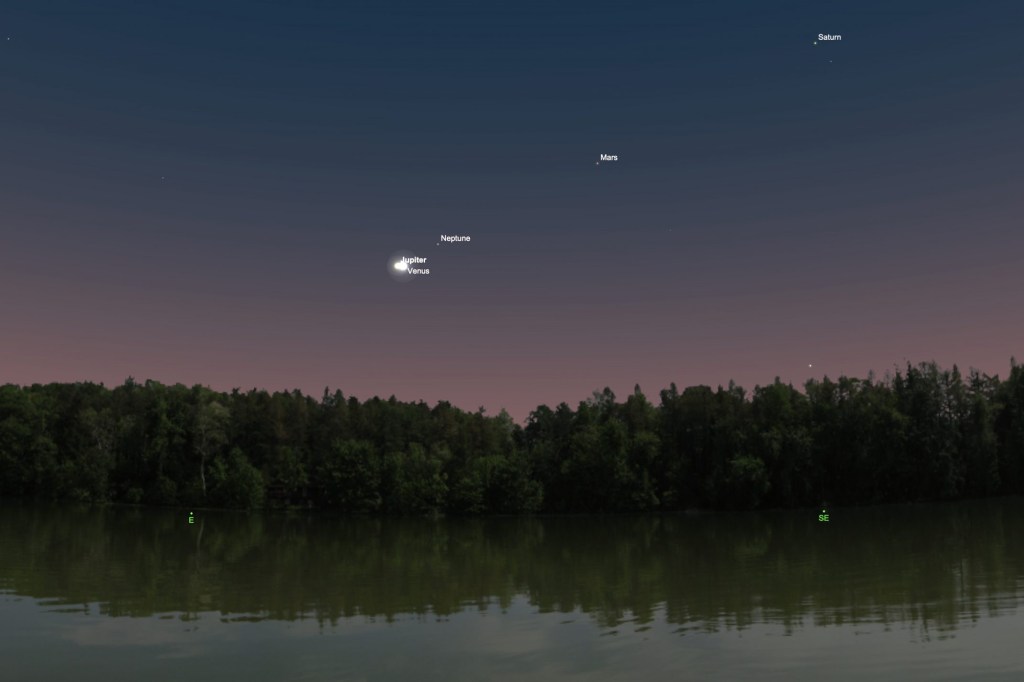 NASA anticipates Jupiter and Venus meeting each other on the sky early dawn on April 30, 2022.NASA/Marshall

It’s advisable to read the reviews of an app and look at how many people have rated it before downloading.