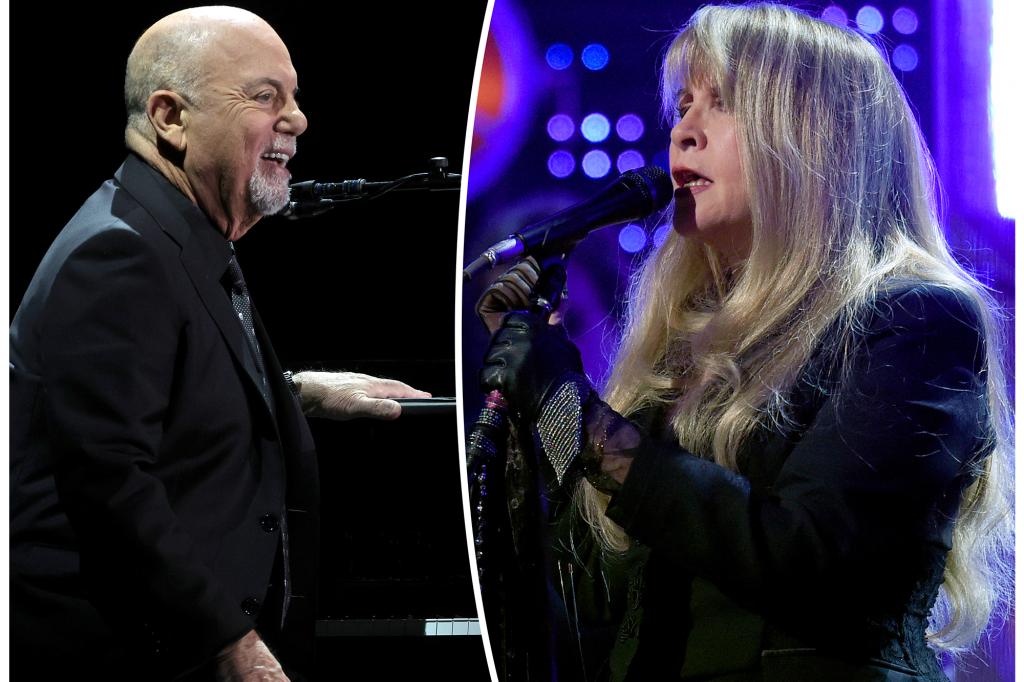 However, in 2023, the two Rock and Roll Hall of Famers will shake things up and join forces for a trio of “Two Icons, One Night” stadium concerts from March through May.

At the time of publication, Joel, 73, and Nicks, 74, have huge shows scheduled at Los Angeles’ SoFi Stadium on March 10, Arlington’s AT&T Stadium on April 8, and Nashville’s Nissan Stadium on May 19.

According to Wilson Howard, chairman of Live Nation’s southeast division, there might be more to come too.

“I think there may be five to seven shows,” he told the Tennessean about the Stevie Nicks Billy Joel tour. “This is not something you can see in every city. It’s going to be very special.”

For those who don’t want to wait to secure seats, you can snag tickets as early as today.

While Billy Joel and Stevie Nicks tickets aren’t officially on sale for all three concerts at Ticketmaster and SeatGeek until Nov. 11, folks who want to ensure they have tickets ahead of time can purchase on Vivid Seats before inventory is officially on sale.

Buyers, make sure to note that Vivid Seats is a secondary market ticketing platform, and prices may be higher or lower than face value, depending on demand.

You can also be rest assured that Vivid Seats has a 100% buyer guarantee that states your transaction will be safe and secure, and tickets will be delivered before the event.

So, if you want to hear “Piano Man,” “Edge of Seventeen,” “Uptown Girl,” and “Rhiannon” all in one night — basically classic rock radio come to life — start your Billy Joel and Stevie Nicks tour 2023 planning now.

If you’re not in Los Angeles, Arlington or Nashville, you can always set up your flights and hotel plans via Expedia.

If you want to snoop around the web and check out other alternatives, Hotels.com is another top-notch resource with low-cost options too.

He currently has five huge shows lined up at the famed venue from now until March 2023.

You can find his complete calendar, including all show dates, start times and links to tickets, here.

The Billy Joel Nashville concert will be his first in the Music City since he played at Bridgestone Arena in 2014.

She’s still jazzed to trot her hits out again next year with Joel, though. She took to Instagram to share, “Excited to hit the road with the amazing Billy Joel in 2023.”

Stevie Nicks’ Nashville gig comes on the heels of her October 2022 performance at Ascend Amphitheater.

While Joel and Nicks may be the most high-profile teaming of the year, many mega stars you know and love are going it alone in the next few months.

Here are just five of our favorite stars who may be bringing their hits to a stadium or arena near you soon.