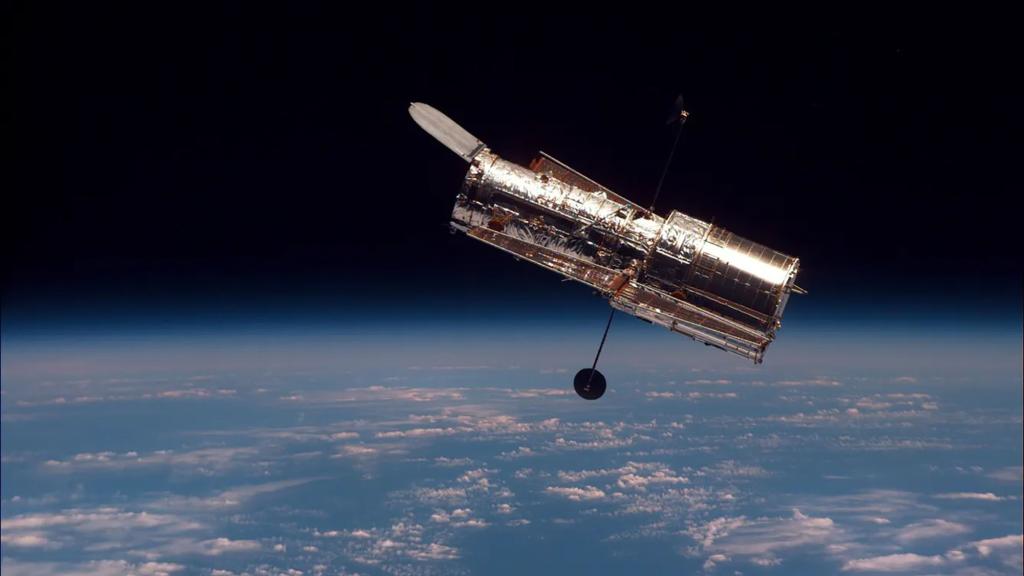 From the first stone tools to sea-faring ships to the internet, technology has been at the heart of human exploration and discovery.

But to starting exploring space, the final frontier, humans first had to master a deceptively simple piece of technology: the telescope.

“Telescopes have opened a window into a world of science that before we couldn’t have imagined,” said Brian Odom, acting NASA Historian.

Our knowledge of the universe has grown exponentially because of telescopes — and how they challenged the prevailing science and status quo every step of the way. 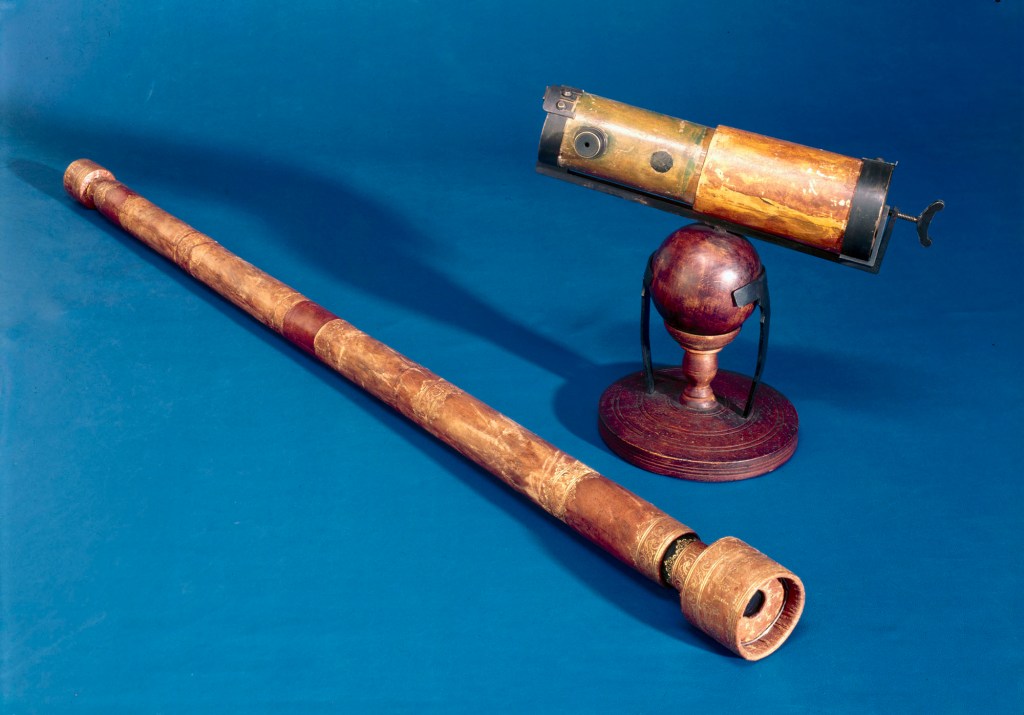 These replicas, made in 1923 and 1924, are of telescopes invented by Galileo in c 1609 and Sir Isaac Newton in 1668. Galileo’s telescope (right) uses lenses to magnify about 21 times but gives very restricted views so that he was able to see only about a third of the Moon at once. SSPL via Getty Images

Telescopes have a long and storied past. According to the American Institute of Physics, centuries of developments in lens technology and the study of optics contributed to the creation of the telescope.

The first known telescope was made in the Netherlands in the early 17th century. A patent was filed in October 1608 for a tube containing a concave and convex lens. Spectacle maker Hans Lippershey is often credited for the invention, which allowed for “seeing faraway things as though nearby”.

Then in 1609, the telescope was used to study the night sky for the very first time, according to NASA. Italian Galileo Galilei built his own telescope that, while small and only capable of providing a fuzzy resolution, gave the astronomer a chance to see the moon’s craters and mountains, along with the Milky Way galaxy.

“Before Galileo, there had been some understanding that the Earth was at the center of the universe,” Odom said. “But by using that telescope, Galileo is able to answer those questions with a precision that had eluded humanity before.”

In the centuries since Galileo, telescopes have significantly grown in size and capabilities, with advanced telescopes now in observatories scattered across the globe.

“We can use these great telescopes to look beyond the Solar System, which I think brings a whole new spectrum of questions together,” Odom said. 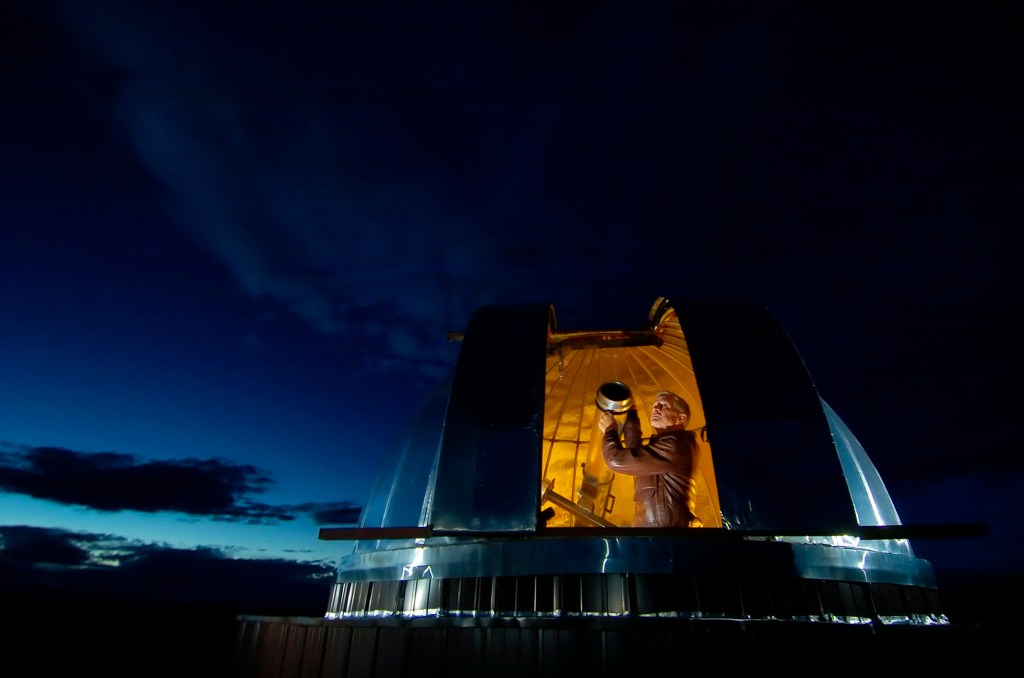 Perry Walker, a retired Air Force officer and amateur astronomer, adjusts the telescope in his self-made observatory before viewing the skies from his home near Daniel, WY, about 60 miles north of the Jonah oil and gas fields. Walker says haze from the drilling has reduced his ability to spot terrestrial objects that were once visible. Denver Post via Getty Images

Advancements in telescope technology have propelled our understanding of space.

But for telescopes in observatories to see what the human eye cannot, they need to have a clear view of the electromagnetic energy in space. And while placing observatories far away from city lights, on remote islands or high on mountaintops helps provide that view, the best view comes from going into space.

“We think about our large ground-based observatories that look into space. It’s kind of like being at the bottom of a pool and looking up,” Odom said.

“The water is occluding what you’d see, and the atmosphere performs a similar function to occlude the electromagnetic spectrum, as things like X-rays, gamma rays will bounce off,” he added.

“By getting above the atmosphere, we can look at these with a clear lens.” 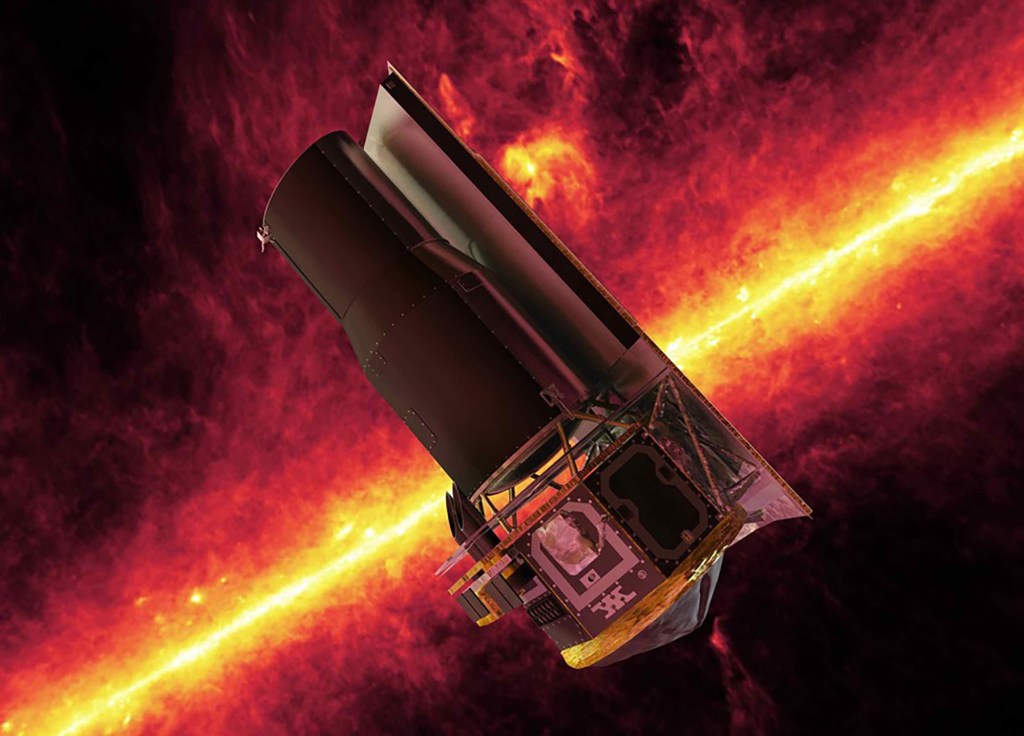 The Spitzer Space Telescope, one of NASA’s Great Observatories, whizzes in front of a brilliant, infrared view of the Milky Way galaxy’s plane in this artistic depiction. NASA

Space telescopes were gamechangers in the field of astronomy.

In 1968, NASA launched its first successful space telescope. Called the Orbiting Astronomical Observatory (OAO) 2, or affectionately known as “Stargazer”, it was NASA’s first observatory in the stars, giving scientists a view of the electromagnetic spectrum never before seen in space.

OAO 2 ushered in a new era of space exploration. It helped start an initiative called America’s Great Observatories, which involved the construction and launch of other and more advanced space telescopes.

One of which was the Hubble Space Telescope. According to Odom, plans for Hubble were first proposed by astronomer Lyman Spitzer nearly 50 years before Hubble was launched in 1990.

Later known as the “Father of Hubble“, Spitzer led a National Academy of Science Ad Hoc Committee on the Large Space Telescope starting in the 1960s, and then he helped lobby the U.S. Congress to obtain federal funding for what would be the Hubble Space Telescope.

As Hubble had a “father”, it too had a “mother“: NASA’s first Chief Astronomer Nancy Grace Roman.

“She was a network builder, she was somebody who was a collaborator,” Odom said. According to Odom, Roman was at the very heart of NASA’s astronomy program and due to her collaborative efforts, she was able to build support for the funding and construction of Hubble.

On April 25, 1990, Hubble was launched into space, where is still remains operable to this day.

Because of Hubble’s location above the Earth’s atmosphere, it can see with a clarity unlike any telescope that came before it. According to NASA, Hubble can see objects in space with an angular size of 0.05 arcseconds, which is similar to seeing a pair of fireflies in Tokyo that are less than 10 feet apart from Washington, D.C. 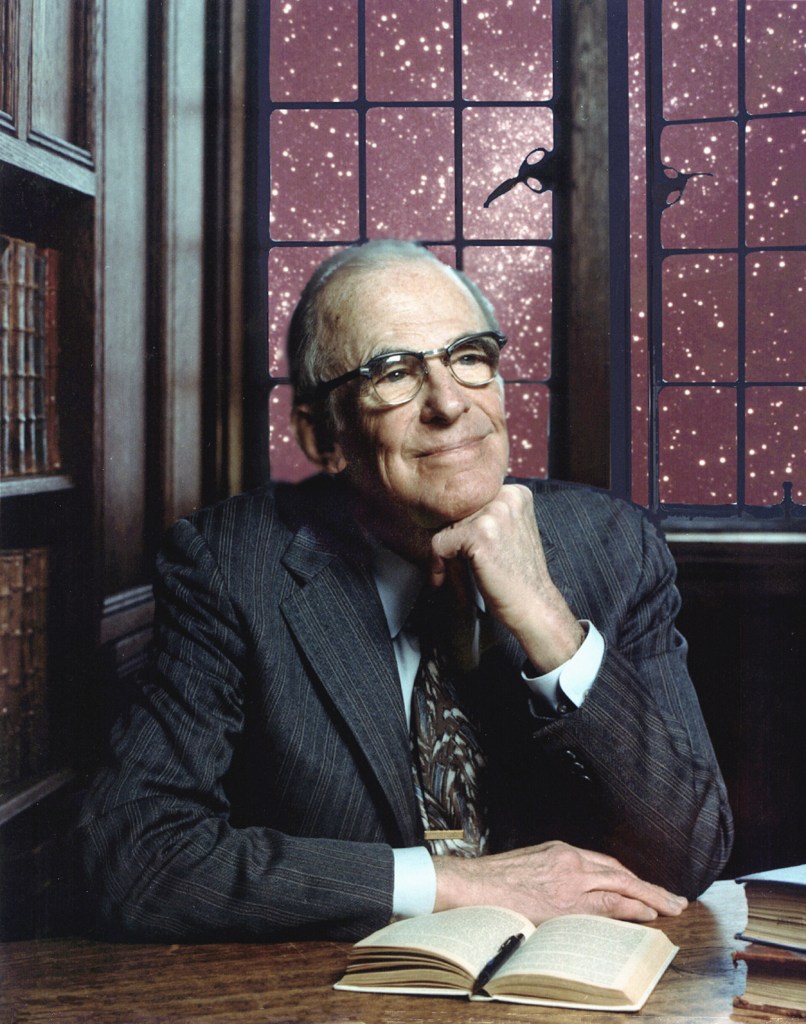 Lyman Spitzer, Jr. at his desk. According to NASA, Spitzer was the first person to propose the idea of placing a large telescope in space and was the driving force behind the development of the Hubble Space Telescope.NASA

“Before Galileo, there had been some understanding that the Earth was at the center of the universe,” Odom said.

Because of the telescope, Galileo was able to challenge the prevailing science with new evidence. 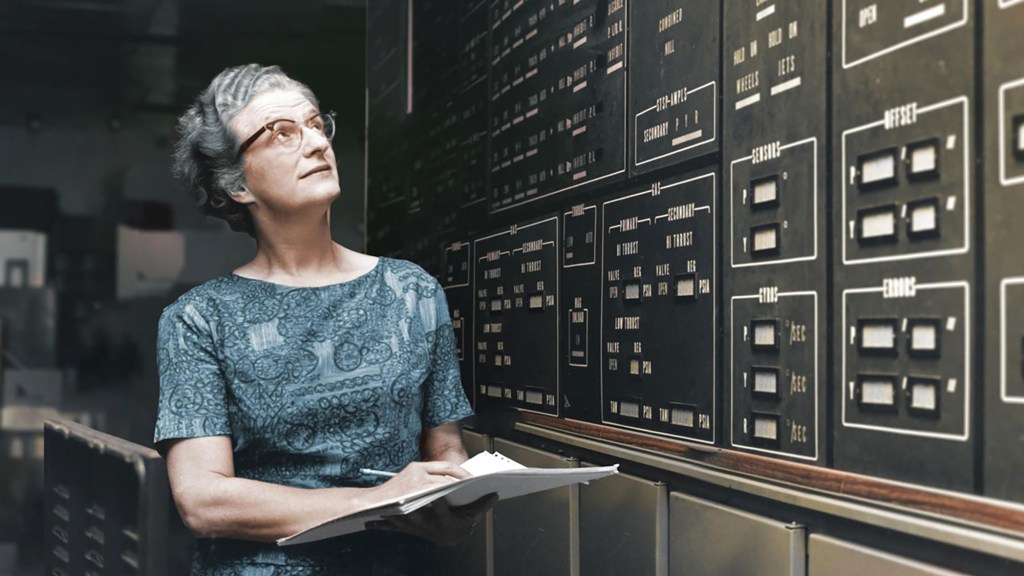 With further advancements in telescope technology, humans have been able to make even more ground-breaking discoveries and — just as importantly — ask more questions.

“The work that the human mind has done to answer the questions that it couldn’t have imagined before the technology was developed, that process is what makes humans special,” Odom said.

“If we can dedicate ourselves to something, a challenge like that, overcome that challenge and get these things into operation and ask those big questions about the nature of time, the nature of the universe, there’s really nothing we can’t do.”