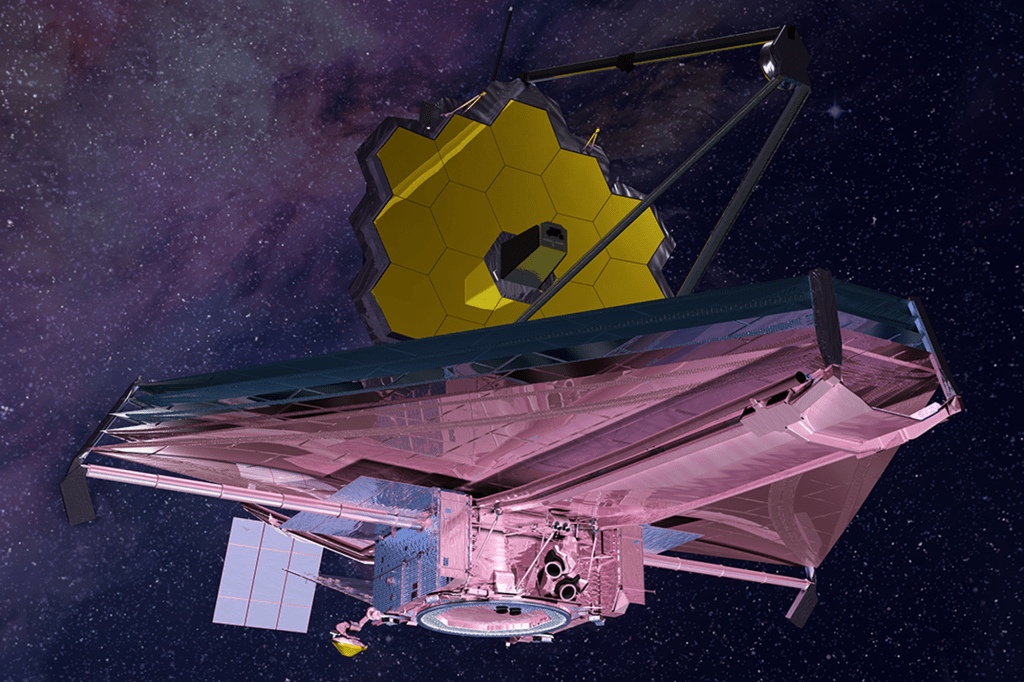 NASA’S James Webb Space Telescope is the most powerful telescope ever built.

It should give us unprecedented views of the universe and will technically be able to look back in time.

How will the James Webb Space Telescope look back in time?

Webb is the biggest and most complex telescope of its kind, fitted with all sorts of sophisticated kit.

Its aim is to uncover the hidden depths of our universe, peering at faint light of early stars and galaxies created after the Big Bang some 250 million years.

The kit will be able to see through dense dust clouds that cover distant planets.

Getting past this could help point towards life, but experts doubt we’ll actually find aliens with it.

The ‘time-traveling’ aspect of the James Webb telescope is all to do with how long it takes light to travel through the universe.

As it takes a really long time for light to travel we can essentially look way back in time from when stars and planets were formed after the Big Bang. 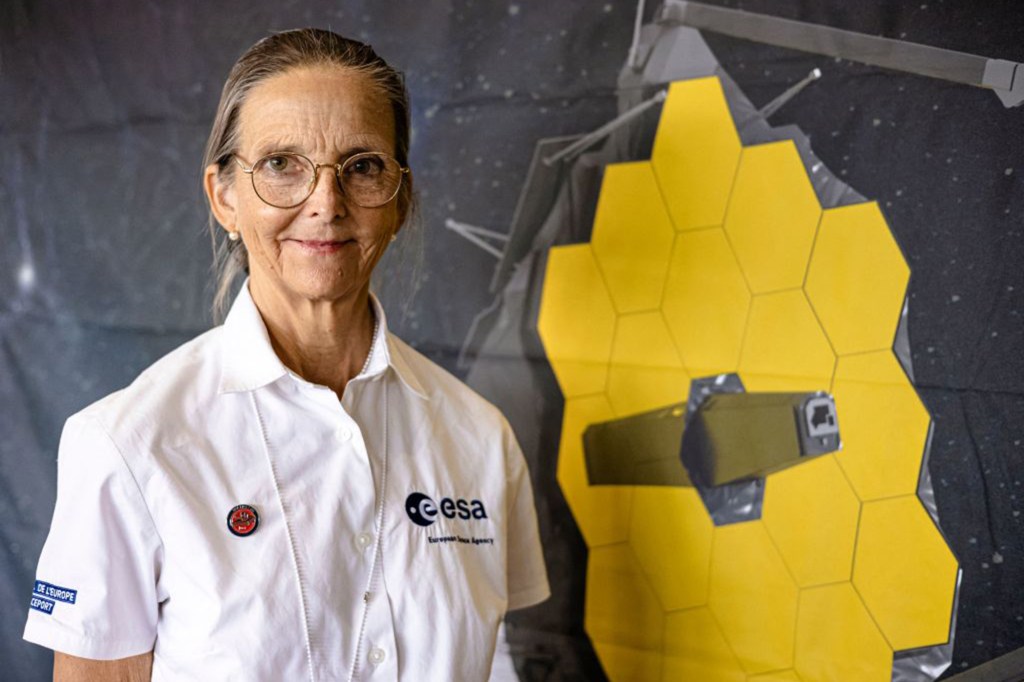 Head of the European Space Agency (ESA) bureau in Kourou, Charlotte Beskow poses at The Guiana Space Centre, Kourou, French Guiana on November 5, 2021, where the James Webb Space Telescope is being tested and verified in the S5 Payload Preparation Facility (EPCU-S5) ahead of a scheduled launch on December 18.Getty Images

The light that reaches the James Webb space telescope may have traveled millions of miles from a star that no longer exists.

If we use the telescope to look far enough into the distance, light from close to the beginning of the universe will be visible.

Scientists think some parts of the universe will be impossible to see.

That’s because the universe is thought to be expanding so some light sources are constantly moving away from us.

That means that light may never be able to reach the James Webb Space Telescope.

However, it’s hoped that the telescope will teach us about how the universe is expanding. 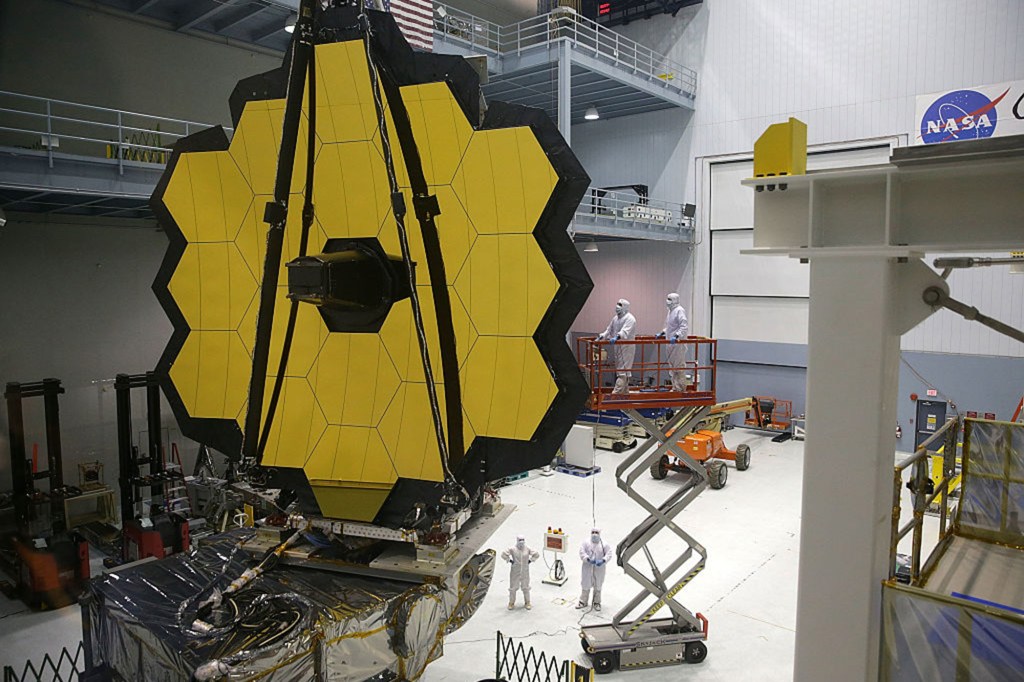 Astronomers suspect this process is driven by something called ‘dark energy’.

The James Webb telescope should be able to image stars so accurately that it can measure the dark space in between them.

Checking on these measurements could determine how fast the stars are moving apart and therefore how fast the whole universe is expanding.

How you can look back in time

The telescope has now reached its final position.NASA

You’re technically looking back in time every time you look at the Moon or catch a glimpse of the Sun.

Light from the Sun takes 8.3 minutes to reach Earth.

If the Sun were to suddenly disappear, you wouldn’t notice for 8.3 minutes because its light would still be appearing on Earth after it had gone.

The same happens when you look at the Moon.

The lunar surface is around 23,6121 miles away from Earth so it takes 1.3 seconds for light to travel from the Moon to observers on our planet.

When you look at the Moon you’re not seeing it in the present but actually what it looked like 1.3 seconds before.

Previous post Are there more wheels or doors in the world? Internet clashes in debate