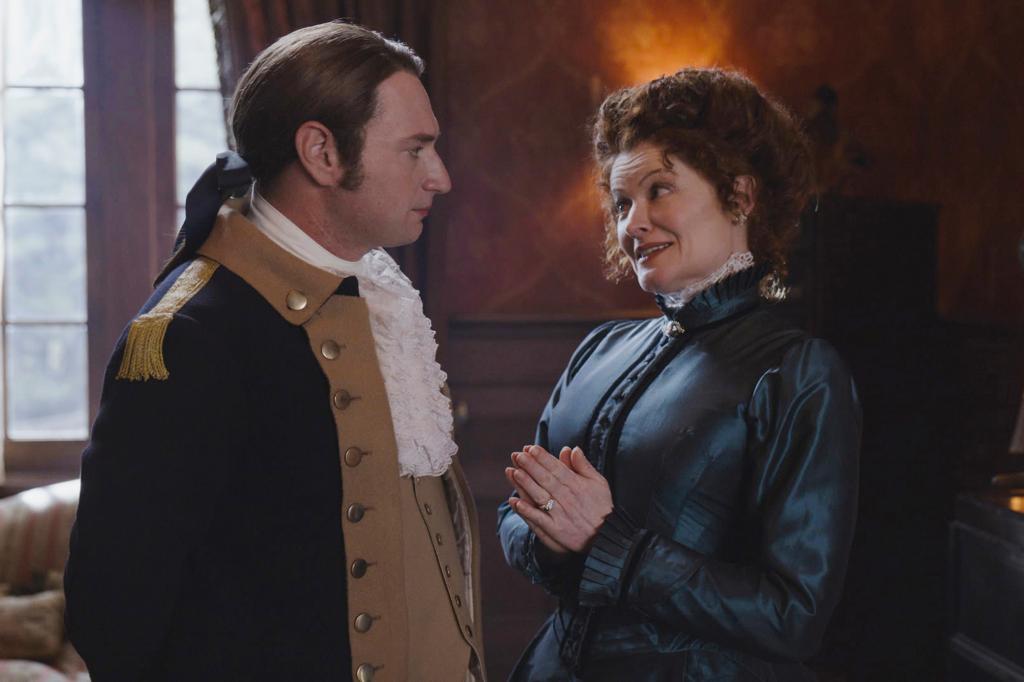 The impact of “Ghosts,” ending its first season on CBS, recently hit home for co-stars Rebecca Wisocky and Brandon Scott Jones, who play apparitions Hetty Woodstone and snarky Revolutionary War officer Captain Isaac Higgintoot –who’s come out over the course of the season.

“We just did a PaleyFest [seminar] … and that was the first time we were together [for a panel discussion] in person,” said Wisocky, 50. “It was fantastic; there we so many anecdotes and the fans asked us questions. It was very light and silly and very funny. [For] the very last question, a woman stood up — she was shaking a little bit — and she said she watches the show with her niece, which is now her nephew. She had a quiver in her voice and she told us how important Isaac’s story had been to her and her family to come together and speak about something so incredibly important and delicate in the development of a young person’s life, such as transitioning. It felt safe to do that with a show that is also so kind and funny.

“Brandon and I literally started crying on the stage,” she said. “We walked off and looked at each other and said, ‘This is why the show works. It’s raucous and ridiculous and silly and then it punches you in the gut.’” 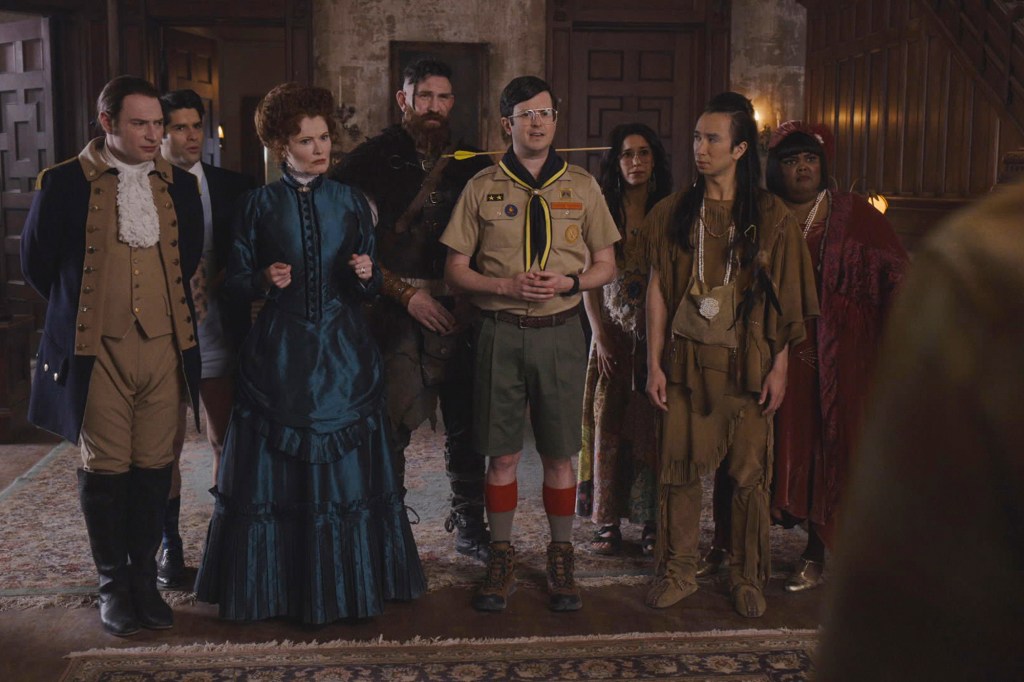 “Ghosts” is guilty of all of the above as it wraps its maiden season Thursday (April 21) at 9 p.m. as the season’s most-watched new comedy. (It was renewed in January for Season 2.) Based on the eponymous British series, it revolves around Samantha (Rose McIver) and her husband Jay (Utkarsh Ambudkar), who move into an inherited country house — which they share with eight ghosts that only Samantha can see: Hetty, Isaac, Trevor (Asher Grodman), Pete (Richie Moriarty), Alberta (Danielle Pinnock), Flower (Sheila Carrasco), Thorfinn (Devan Chandler) and Sasappis (Román Zaragoza).

Although Wisocky’s TV resume dates back to 1996, Hetty is only her second role as a series regular (she played Evelyn Powell on Lifetime’s “Devious Maids” from 2013-2016).

“None of us know why we’re stuck in purgatory, but all of us have realized that we’re willing and capable of change,” Wisocky said of her fellow ghosts. “I think that happened when Samantha could suddenly interact with us, which created a little renaissance in the house, a feeling that change was possible.

“All of us never really fully lived in life, and only in death are we figuring out what we got wrong,” she said. “But having the experiences of being around people and points of view that we would never have seen or experienced or even thought about in our own time — I think that’s what so lovely about it. 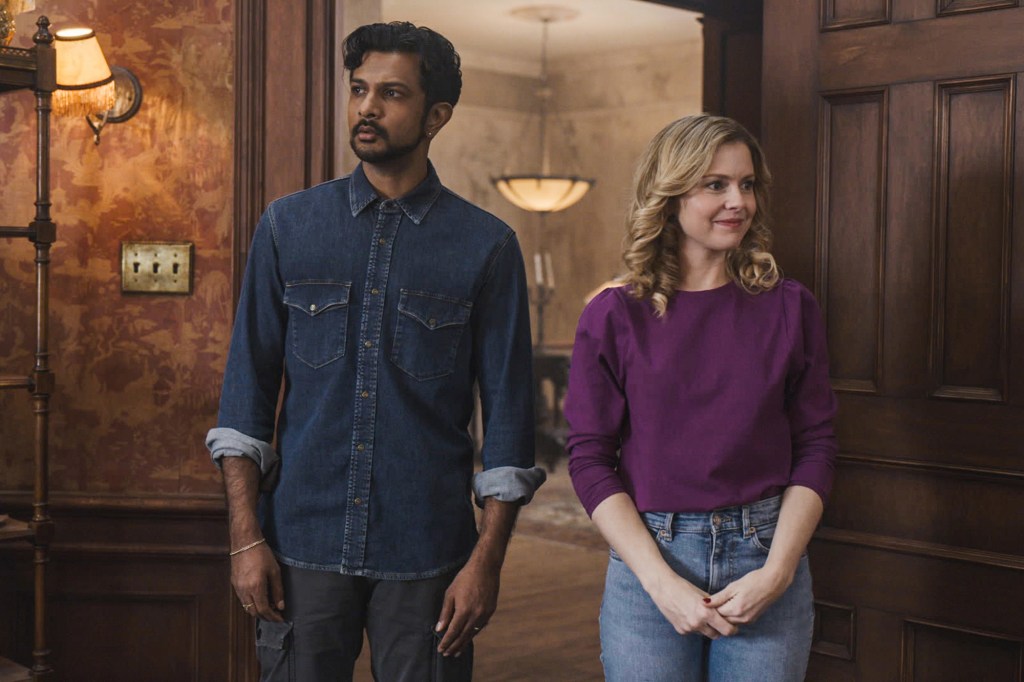 Utkarsh Ambudkar and Rose McIver as Jay and Samantha, who is able to see the “Ghosts.”CBS

“The writers have been really smart about keeping the show light and fast and smart and silly and funny, but there’s also historical accuracy that’s provocative in terms of what these characters have been wrestling with — and what they’ve been blind to.”

Part of the show’s success is the onscreen chemistry between the entire ensemble, which has carried over into their real lives.

“It sounds really cliche but we all really dig each other. We hang out. Everyone was over at my house last week,” Wisocky said. “I’m very close with Brandon and very close with the girls — we call ourselves ‘The Lady Ghost Society’ and we’ve been pitching [the writers] all kind of book clubs for the ladies to get into, but the writers don’t need our help.

“Our fans have been so involved and it’s been so exciting to see way the show has ignited this passion and investment for us and for the characters,” she said. “There’s a GIF of Hetty saying something in the show, and one of our fans titled it, ‘It’s not just a haunted house, it’s a haunted home.’

“I thought that was freakin’ genius and says it all. We’re a family and I could not imagine a better group of people to be on this journey with.”