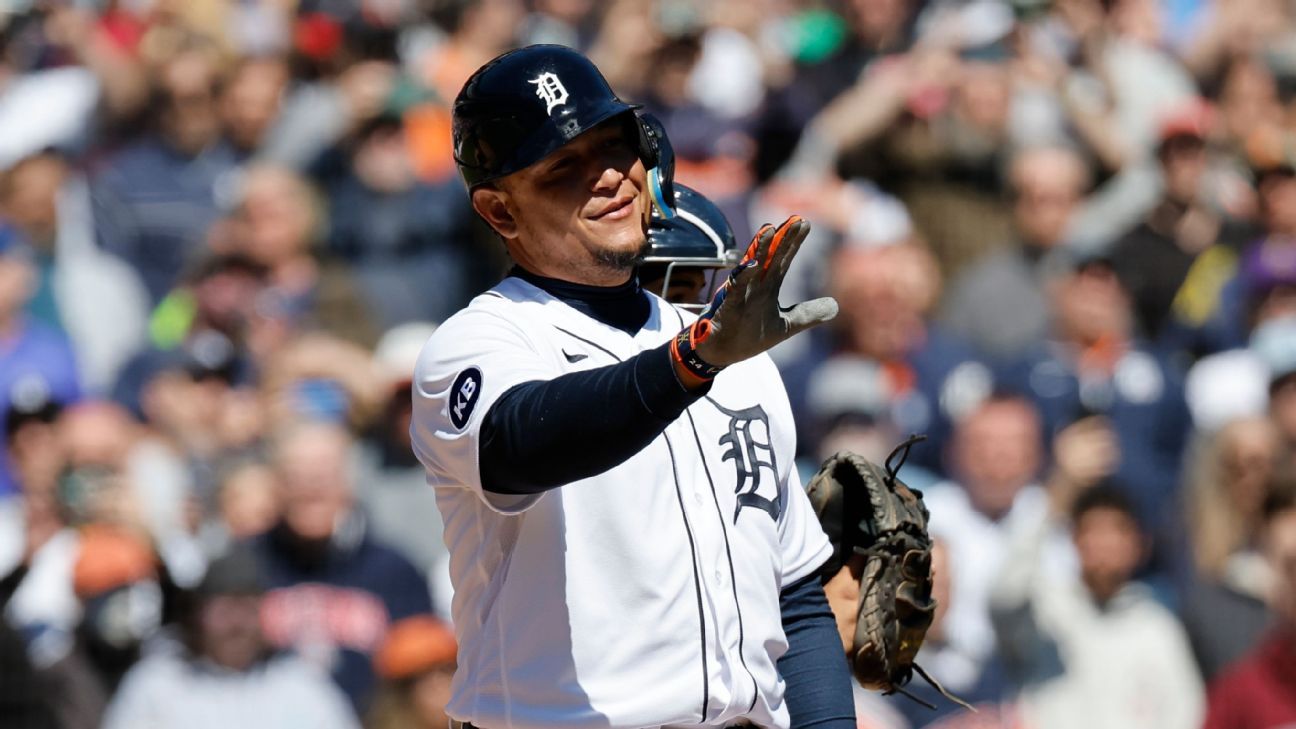 Miguel Cabrera’s pursuit of baseball history will last at least one more day after a controversial free pass.

Cabrera, needing only one hit to become the 33rd player in major league history with 3,000 hits, was intentionally walked in the eighth inning Thursday of the Detroit Tigers’ 3-0 victory over the New York Yankees.

It was the fourth and final plate appearance of the afternoon for Cabrera, who flied out in the first inning and struck out in each of his next two at-bats.

Cabrera was slated to bat again in the eighth with two outs, but the Yankees and manager Aaron Boone opted to intentionally walk the two-time MVP, loading the bases and setting up a lefty-lefty matchup of Detroit’s Austin Meadows against New York southpaw Lucas Luetge.

Boone defended the decision as a “baseball call for me,” but acknowledged it was a “little more gut-wrenching than usual.”

Cabrera, however, said he was not upset after the game, telling reporters “it’s baseball,” and noting he missed on his three previous chances at the 3,000-hit milestone.

“My on-base percentage went up!” Cabrera said with a laugh when asked about getting walked. “And we scored two runs. That’s the beauty of baseball. … I would rather go 0-for-3 and see my team win.”

Tigers manager AJ Hinch agreed with his slugger, saying he had “zero doubt” the Yankees would make the decision to intentionally walk Cabrera.

“[Boone’s] obligation is to his own team and their chances of winning,” he said. “He had the matchup behind Miggy that he wanted. So you could see it coming. I know our fans responded accordingly, but I totally get it.”

But the crowd at Comerica Park voiced its displeasure with the intentional walk, loudly booing and chanting “Yankees suck” as Cabrera took his free pass to first. Those boos quickly turned to cheers when Meadows blooped a two-run double to give Detroit a 3-0 lead.

“The left-on-left, I felt like the matchup — I just liked it a little bit better in that situation and it came down to a baseball call for me there,” Boone said. “Tough decision, and I thought Lucas executed a pitch and got the soft contact, but [Meadows] dumped it in there. So tough call, but one I had to make.”

The 236th intentional walk of Cabrera’s career, while strategically sound, triggered perhaps the loudest boos ever heard at a Tigers game since Comerica Park opened in 2000.

When the inning ended, Cabrera put out his hands as if to tell the crowd of 21,529 that he was OK with how things went. He then put up three fingers and gestured to the scoreboard to indicate the runs his team had scored.

“I know history is very important,” Cabrera said, according to MLB.com. “But we need to win first. It’s not about me. It’s about the team.”

Cabrera’s next chance for 3,000 hits will come Friday, when the Tigers open a three-game home series against the Colorado Rockies.

Cabrera, 39, is attempting to become the seventh player in MLB history with 3,000 hits and 500 home runs. He also would become the first Venezuelan-born and seventh Latino player to reach the 3,000-hit mark, a list that includes Hall of Famers Roberto Clemente and Rod Carew, as well as Rafael Palmeiro, Alex Rodriguez, Adrian Beltre and Albert Pujols.

ESPN’s Marly Rivera and The Associated Press contributed to this report.