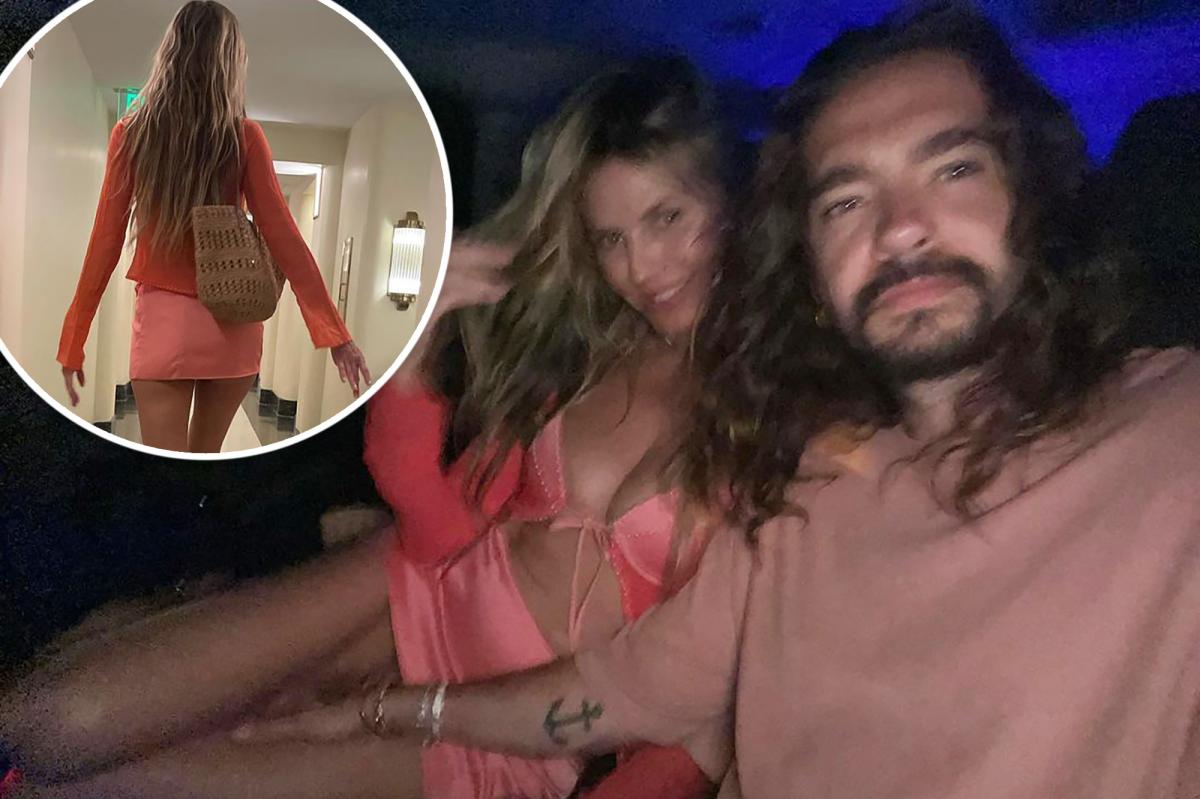 Heidi Klum is ready for a night on the town.

The supermodel, 49, and husband Tom Kaulitz enjoyed a romantic date night on Saturday and made sure to take some sexy snaps beforehand.

The model took to Instagram to show off her toned physique in an orange and pink bustier set. Klum even gave fans a close look at her pink mini-skirt- which Kaulitz, 32, seemed to love.

Tom Kaulitz couldn’t keep his hands off Heidi Klum as she stunned in a pink mini-skirt.heidiklum/Instagram

“Date Night ️,” the “America’s Got Talent” judge captioned the sultry photos while snuggled up to her man.

Although the supermodel turned off her comment section, she left little to the imagination in the top, which was barely held together with a bow.

Klum showed off her lean figure in an Alexander Wang set. heidiklum/Instagram

Klum paired the look with colorful heels and kept her long blonde locks down in loose waves.

Her German rocker husband color-coordinated with the TV personality in a peach t-shirt and nude trousers.

Kaulitz got handsy with his leading lady in the backseat. heidiklum/Instagram

But this wasn’t the first time the “Project Runway” host bared it all on Instagram. On Friday, the mother of four beat the heat by posing topless in a tiny red string bikini.

“Boy it’s H️T,” the model captioned the risqué photos showing off her backside as well as some serious side boob.

The model’s long legs were on full display.heidiklum/Instagram

The couple seem to bond over their love for tanning in the nude as Kaulitz was caught catching some rays with nothing but a towel covering his privates last week. His wife of three years captured the moment on camera and appeared to be joining him in the buff.

The former Victoria’s Secret model showed off all angles of her retro look. heidiklum/Instagram

Klum’s 18-year-old daughter, Leni, seems to be following in her mother’s footsteps. Already having covered Vogue Germany, Glamour Germany and Harper’s Bazaar Germany over the past year and a half- the young model recently posted her own series of sultry bikini clad photos.

Next post How to Choose the Perfect Baby Photo Outfit