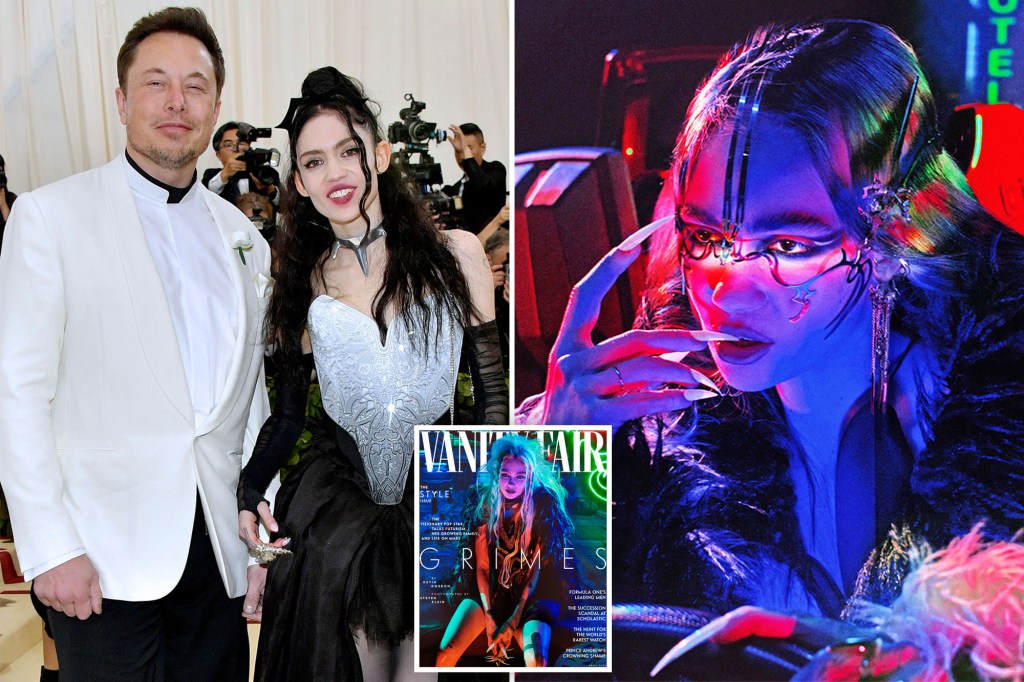 Elon Musk and Grimes quietly welcomed a baby girl via a surrogate in December, Vanity Fair revealed in a cover story, released Thursday. And if she didn’t start crying mid-interview, the world would never know Exa Dark Sideræl Musk, or Y for short, even existed.

Reporter Devin Gordon writes that he heard wails coming from upstairs in Grimes’ home in Austin, Texas. Knowing that her son with Musk was out with his father, he asked about the sounds.

“I’m not at liberty to speak on these things,” Grimes, who at 33 is 17 years younger than Musk, told the magazine at first. “Whatever is going on with family stuff, I just feel like kids need to stay out of it,” she said, though she did eventually confirm there was a new baby: “She’s a little colicky too.” 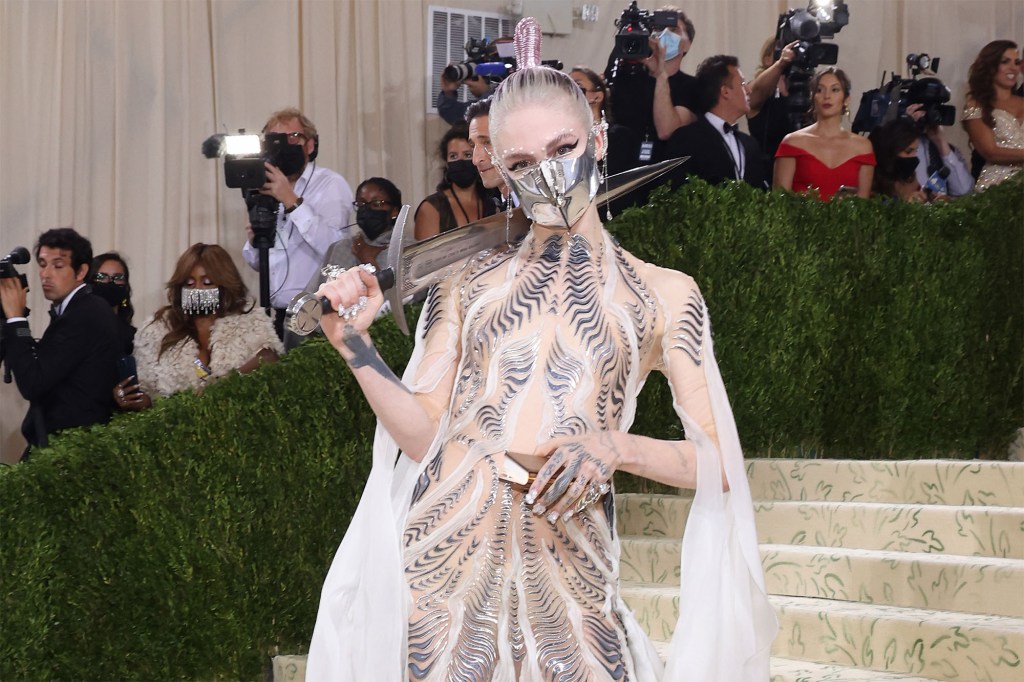 Of course, the second offspring of the richest man in the world couldn’t have a basic moniker. Grimes, born Claire Boucher, said Y’s first name is based on the supercomputing term exaFLOPS, which refers to exascale computing with high floating point operations per second. Translation: something that can perform 1 quintillion things per second. Her first middle name, Dark, Grimes told the magazine, refers to “the unknown. People fear it but truly it’s the absence of photons. Dark matter is the beautiful mystery of our universe.”

And Sideræl, she said, is “a more elven” way to spell sidereal, an astrological term, as well as an homage to her favorite “Lord of the Rings” character, Galadriel. It’s a name with the potential to annoy or confuse everyone on the internet. When Musk confirmed big brother X’s birth name in May 2020, X Æ A-12, critics questioned whether they gave birth to a human or a USB cable.

Despite having split up in September 2021, Grimes confirmed that she and Musk are amicably co-parenting as “synthesized companions.” 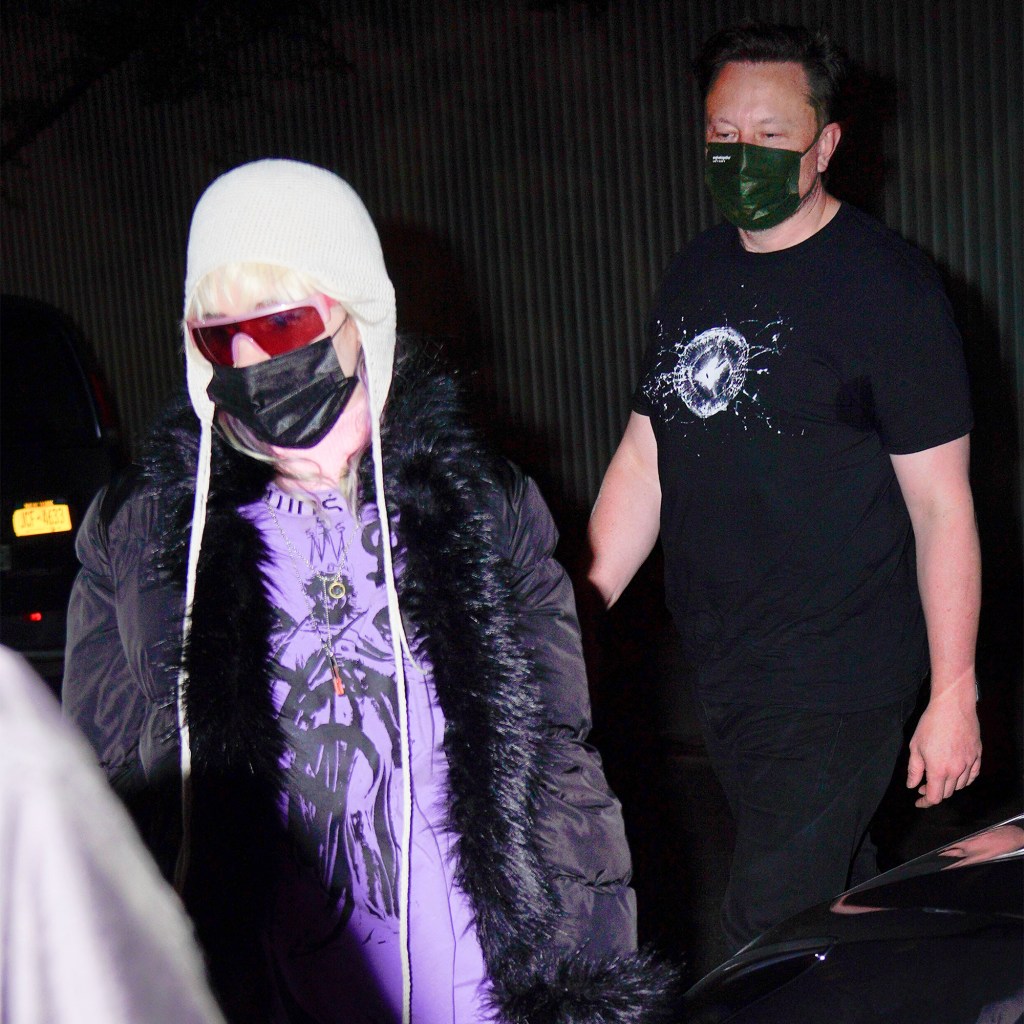 The couple heads to dinner in May 2021 in New York City.Gotham

“I would probably refer to him as my boyfriend, but we’re very fluid. We live in separate houses. We’re best friends. We see each other all the time,” Grimes told Vanity Fair.

And apparently they live in separate realities, too. Grimes says her latest album, “Book 1,” is inspired by Musk’s theory that she’s a “simulation.”

“We keep having this conversation where E’s like, ‘Are you real? Or are we living in my memory, and you’re like a synthesized companion that was created to be my companion here?’” she told the magazine.

Grimes, who apparently has also questioned her own reality, believes she’s “engineered” to have been the “perfect companion” for the Tesla co-founder, adding that she’s studied both astrophysics and neuroscience. 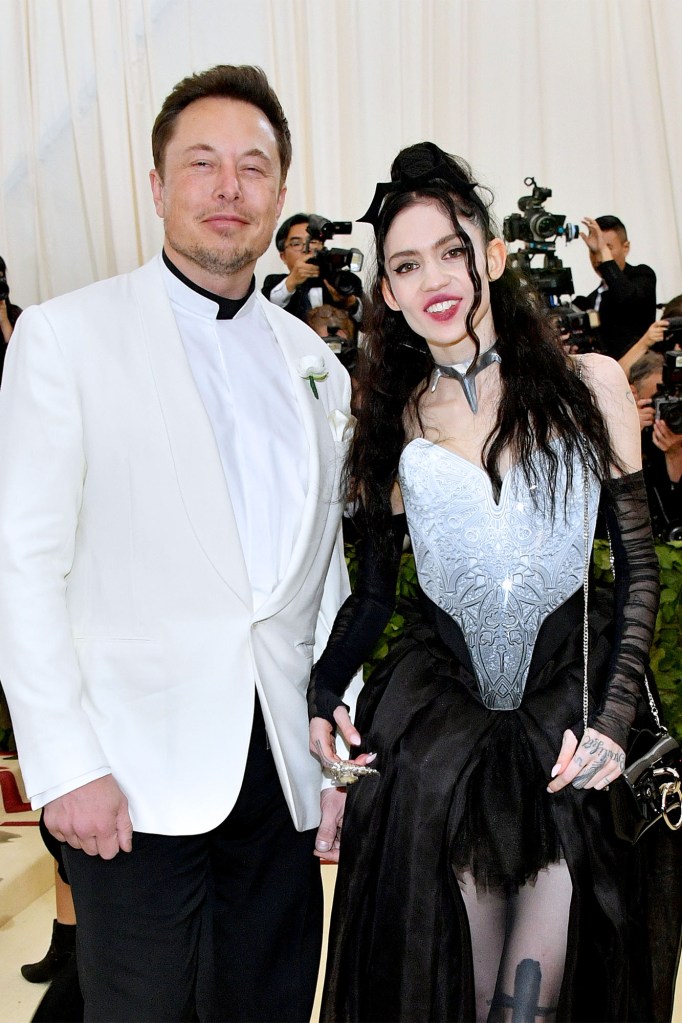 Musk and Grimes at the Met Gala in 2018Dia Dipasupil

“We just have our own thing going on, and I don’t expect other people to understand it,” Grimes said.

“This is the best it’s ever been … We just need to be free.”

Musk, who began his romance with the “Genesis” singer in 2018, told Time last fall that he and Grimes were “semi-separated” as a result of their busy work schedules and living in two different cities (Grimes previously lived in Los Angeles). However, Grimes reportedly moved back to Austin full time in December, around the birth of their daughter, though she has her own residence.

Musk suggested Grimes was a little too messy for his liking, telling Vanity Fair in an interview from his Tesla that he likes things “reasonably neat.” They also have differing tastes in aesthetics. 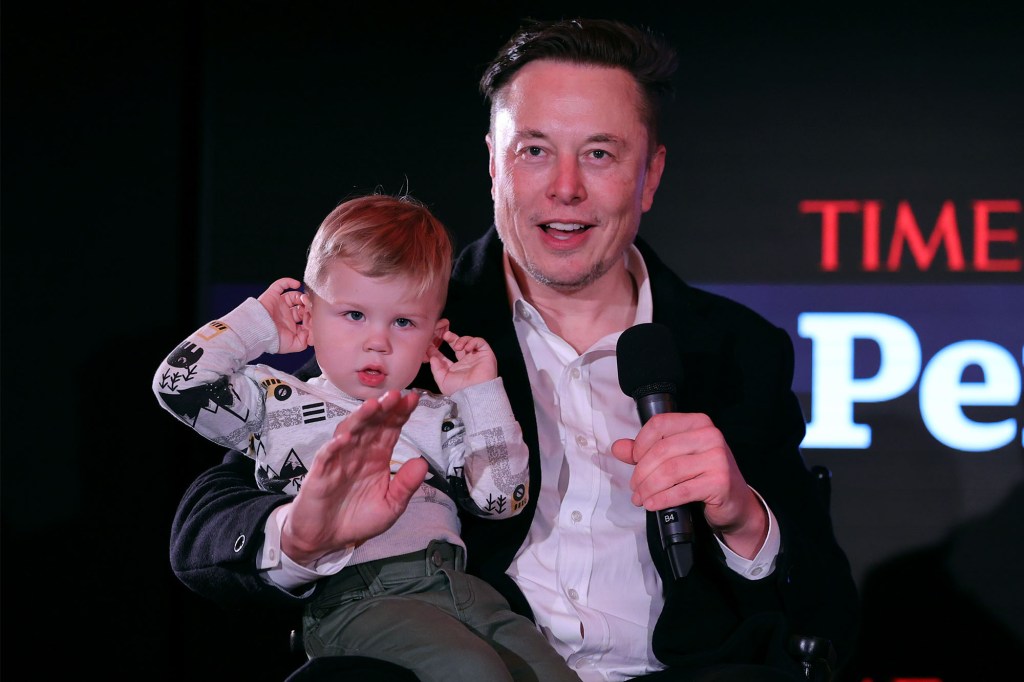 “I just don’t like things to be messy and anime,” Musk told the magazine.

He also maintains that he might one day be parenting from a long distance away.

“I’ve been saying since before she was pregnant that I was going to Mars,” Musk told Vanity Fair.

Still, the musician said she and Musk want to have “at least three or four” more children. 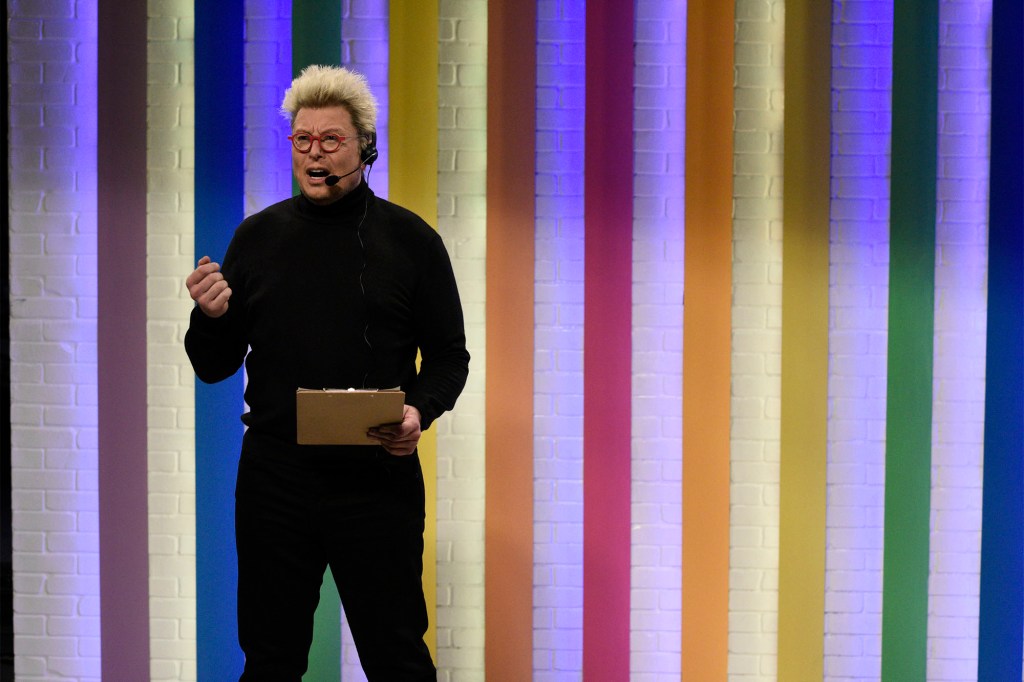 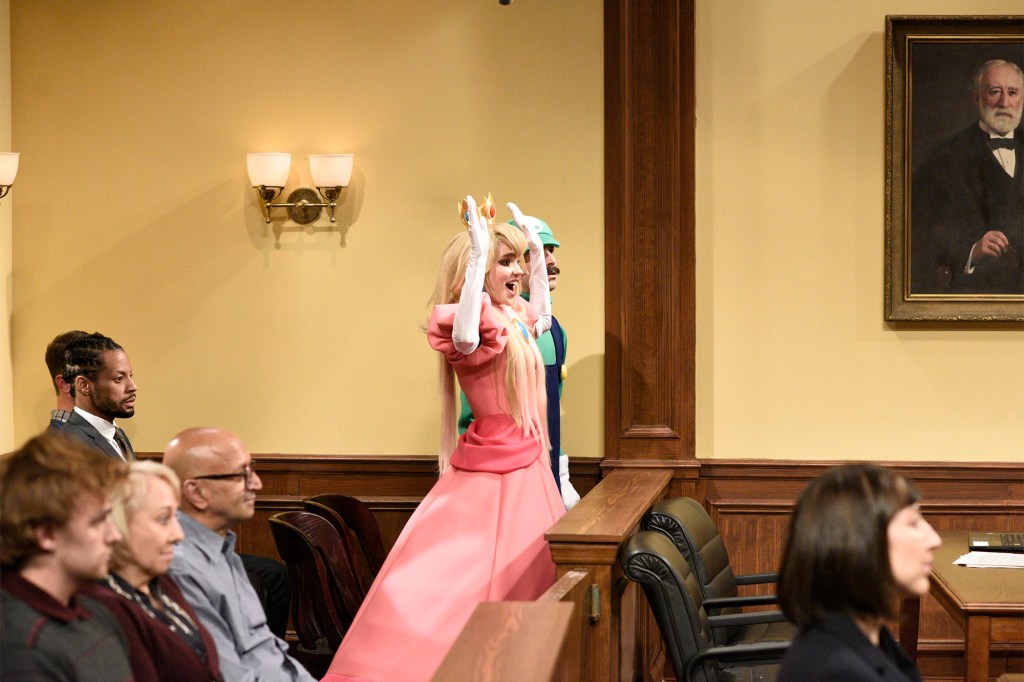 Grimes also appeared in a sketch.NBC 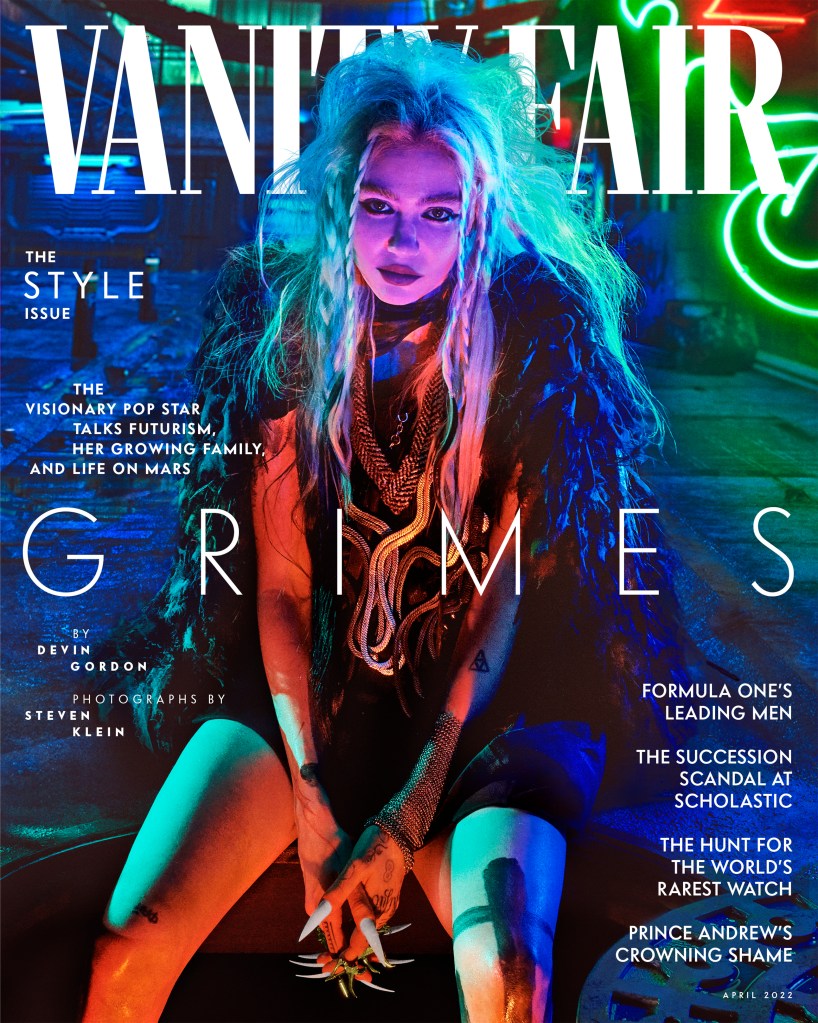 Grimes on the latest cover of Vanity Fair, in which she revealed she had a second child with Musk.Steven Klein/Vanity Fair

In the article, Grimes reveals that she’s uncomfortable with her newfound wealth as Musk’s co-parent, acknowledging that there was a time when she “used to be so far left,” referring to her political stance. She said she “went through a period of living without currency, living outside” when she attended McGill University in Montreal.

“I mean, when people say I’m a class traitor, that is not … an inaccurate description,” Grimes said in the interview. “I was deeply from the far left and I converted to being essentially a capitalist Democrat. A lot of people are understandably upset.”

That said, Musk doesn’t exactly flaunt his wealth. “Like, bro wouldn’t even get a new mattress.”

“Bro does not live like a billionaire,” Grimes said. “Bro lives at times below the poverty line. To the point where I was like, ‘Can we not live in a very insecure $40,000 house? Where the neighbors, like, film us, and there’s no security, and I’m eating peanut butter for eight days in a row?’”

But it looks like the peanut butter days are over.

On Thursday, just hours after the article published, Grimes clarified the status of her love life with Musk, tweeting: “Me and E have broken up *again* since the writing of this article haha, but he’s my best friend and the love of my life.”