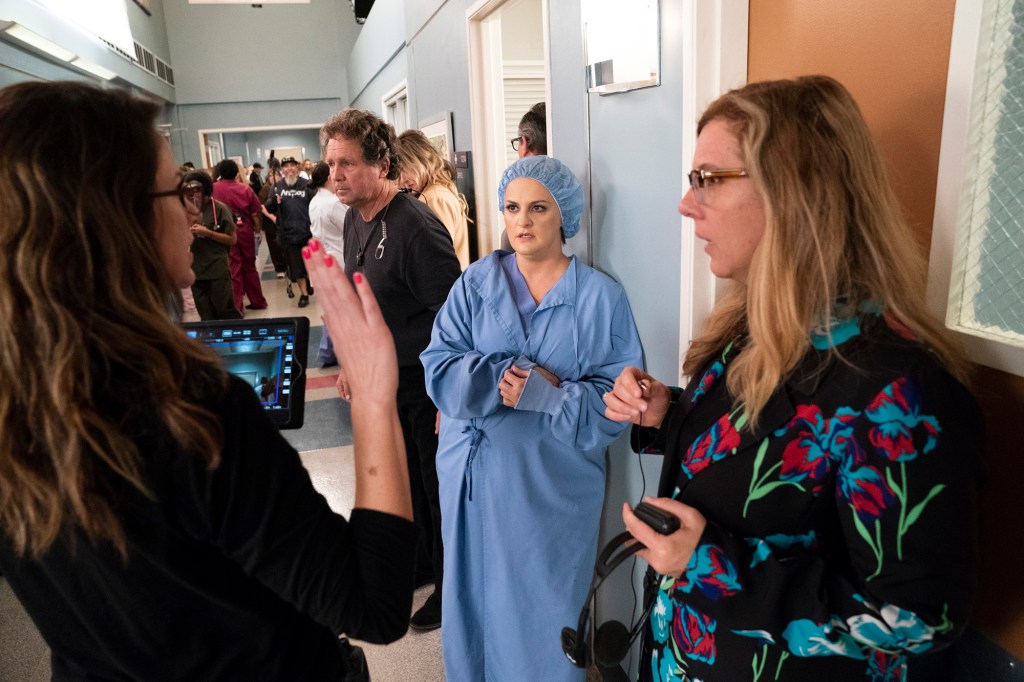 One of the top script writers on “Grey’s Anatomy” has been barred from the writers room in a strange twist that rivals the show’s own melodramatic plot lines.

Elisabeth Finch has been put on “administrative leave” from penning the long-running ABC medical drama amid an investigation by Disney’s human resources and legal departments, a production insider has confirmed to The Post.

Some of Finch’s personal medical traumas — which were written into the long-running Shonda Rhimes series — were allegedly fabricated, set sources told the Hollywood Reporter.

The network and studio launched an internal inquiry into 44-year-old Finch’s life in an attempt to determine if storylines such as her cancer diagnosis and abortion while doing chemotherapy were, in fact, the real deal.

Bombshell allegations, first reported by the Ankler, cast doubt on previous reports that Finch was diagnosed with a rare form of bone cancer the year before she was hired by “Grey’s Anatomy,” forcing her to abort her fetus. The outlet also questioned her claims that she lost a kidney and part of her leg and had to undergo knee replacement surgery, only to learn that she had been misdiagnosed by a doctor whom she later confronted. 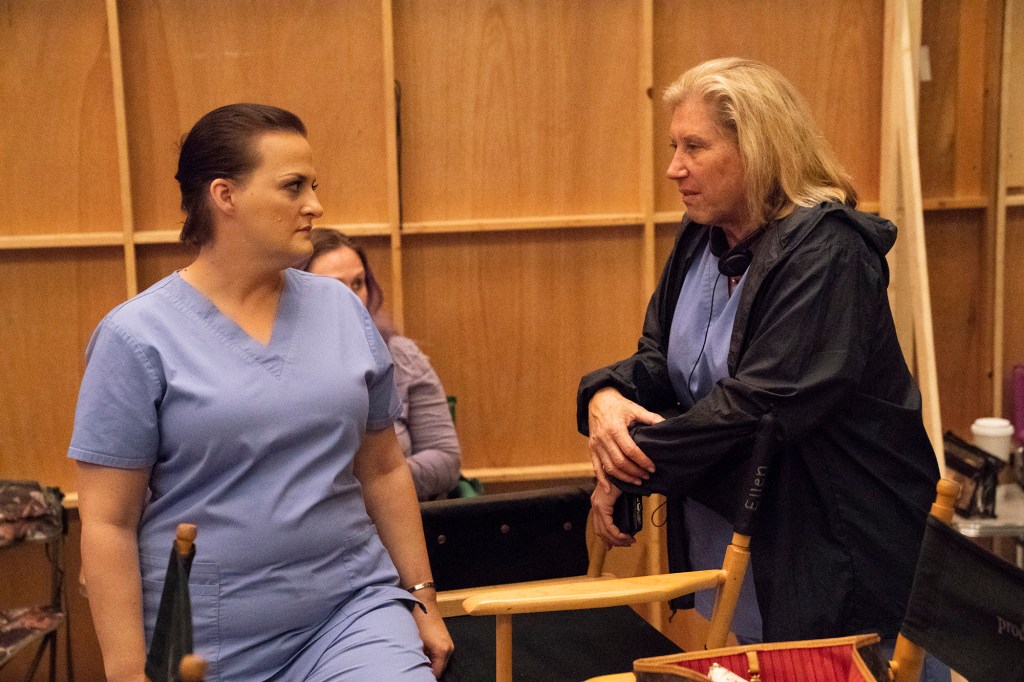 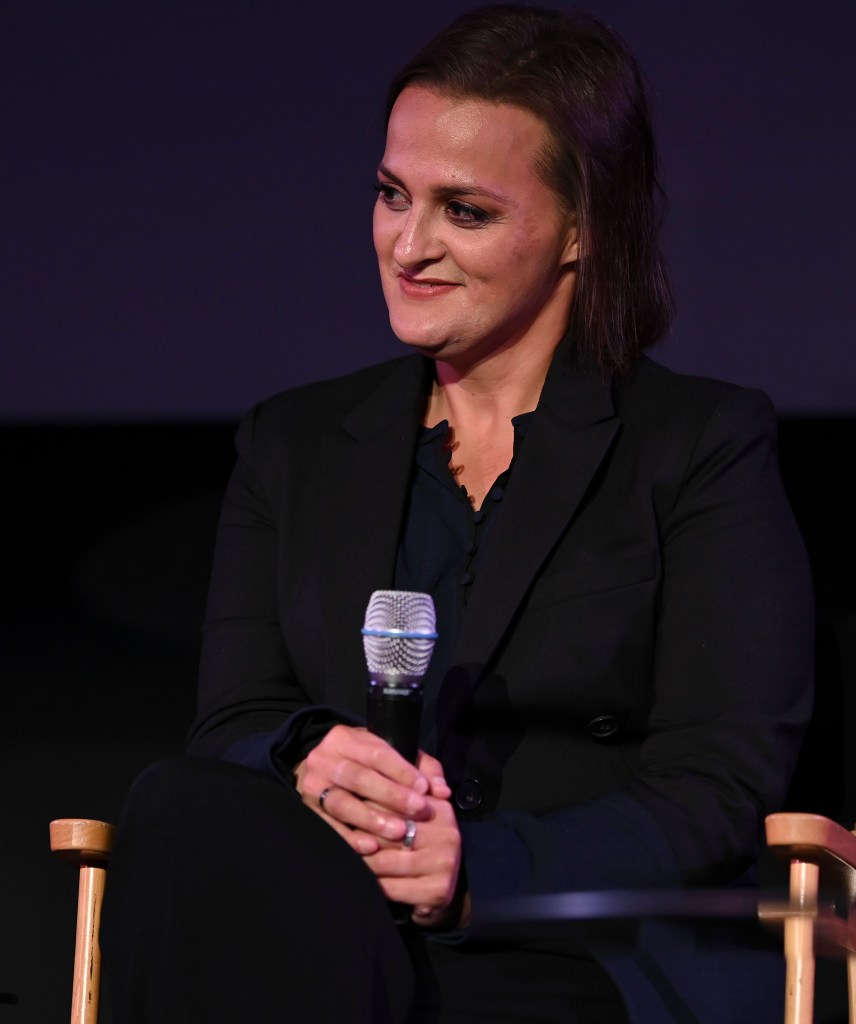 Elisabeth Finch has written extensively about her alleged medical experiences — many of which reportedly inspired plot lines for episodes of “Grey’s Anatomy” since she joined the writers room in 2015. “You believe this poor woman was going through this awful thing and you want to support her,” one of Finch’s longtime co-workers stated.Disney General Entertainment Content

“Ms. Finch will not disclose her private health matters. Likewise, she will not speak about her pending divorce from her estranged wife, Jennifer Beyer, or comment on any statements that Ms. Beyer may have made to third parties.”

Andrew Brettler, the embattled screenwriter’s attorney, in a statement

Finch — who began writing for “Grey’s Anatomy” in 2015 and also scripted episodes of the CW’s “The Vampire Diaries” and HBO’s “True Blood” — frequently published personal essays detailing her medical experiences for publications such as THR, Elle magazine and even Rhimes’ own Shondaland website. Many of these actually resulted in storylines on the Ellen Pompeo-starring drama.

Several insiders have noted to THR that others began to doubt details of Finch’s personal life after she claimed she had a family emergency and left the writers room to address the matter.

Once her co-workers phoned Finch’s wife, Jennifer Beyer, the other writers noticed discrepancies in the story Finch told her colleagues — which actually matched incidents from Beyer’s own life, the outlet reported.

Beyer later met with both Disney and Shondaland executives and raised similar concerns. It was then that Finch’s alleged web of “lies” started to unravel, the Daily Mail reported, and she was placed on administrative leave. A source noted that Finch and Beyer — who wed in 2020 — are going through an “acrimonious divorce.”

Finch (center) in costume on set of the 2019 “Grey’s Anatomy” episode “Silent All These Years.” The writer made an uncredited cameo appearance as “Nurse Elisabeth.”Disney General Entertainment Content

Other industry associates explained to the outlet they have crossed paths with Finch over the years and are shocked by the rumors. While the colleagues are unsure about what the truth is, they cited a lack of a “smoking gun” to confirm speculation.

“You believe this poor woman was going through this awful thing and you want to support her,” one of Finch’s longtime colleagues told THR.

The embattled screenwriter’s attorney, Andrew Brettler, of Lavely & Singer, said in a statement: “Ms. Finch will not disclose her private health matters. Likewise, she will not speak about her pending divorce from her estranged wife, Jennifer Beyer, or comment on any statements that Ms. Beyer may have made to third parties about Ms. Finch.”