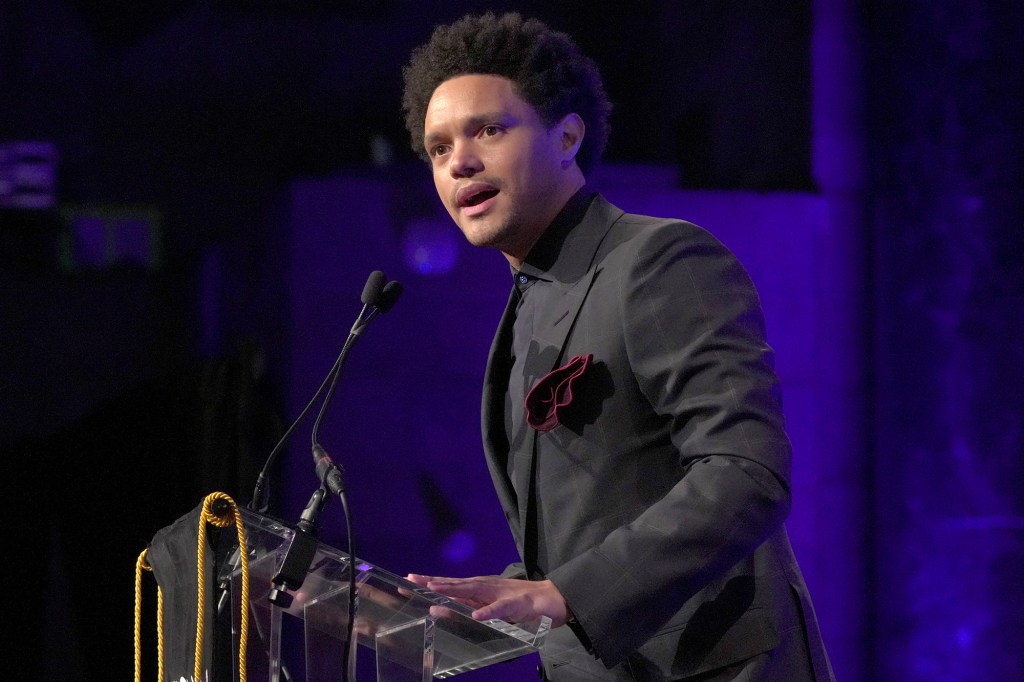 LOS ANGELES — The Grammy Awards is a festive vibe celebrating music’s best, but host Trevor Noah says the show may touch on some serious topics such as the ongoing crisis in Ukraine.

“I think the show is going to find the right place and the right space to do something,” said the Emmy winner, who will host the April 3 show in Las Vegas. He believes some music artists will express their thoughts on Ukraine along with other meaningful topics that are “close to their hearts.”

“It’s one of those interesting balances in life we try to achieve, which is acknowledging what’s happening in the world whilst allowing yourself the grace to celebrate some of the moments that are also going on,” said the comedian and host of “The Daily Show with Trevor Noah” on Comedy Central.

Noah said most of his show’s coverage has focused on Ukraine, so he’s looking forward to an entertaining night at the Grammys — a place where world issues can be acknowledged as well.

Noah returns for his second hosting stint at the Grammys, which airs live on CBS and Paramount+. The ceremony shifted from Los Angeles to Las Vegas because of the rising COVID-19 cases and the omicron variant in January, with organizers citing “too many risks” to hosting the performance-filled show at the time.

Last year, the Grammys had a music festival vibe with parts of the show held outdoors in an intimate in-person setting with music artists mixed with pre-taped performances. But for the upcoming ceremony, Noah anticipates a hybrid model that includes fans at the MGM Grand Garden Arena.

“I think the live element does bring in an energy but then you do sacrifice a little bit of that intimacy,” said Noah, who took a careful approach hosting “The Daily Show” from his New York apartment during the pandemic last year but could not pass up the offer to host his first Grammys in person.

“But it’s nice to have fans cheering for their favorite artist,” he said. “It’s nice to see the performances because one of the biggest reasons the Grammys is my favorite award show is that it is a live music festival.” 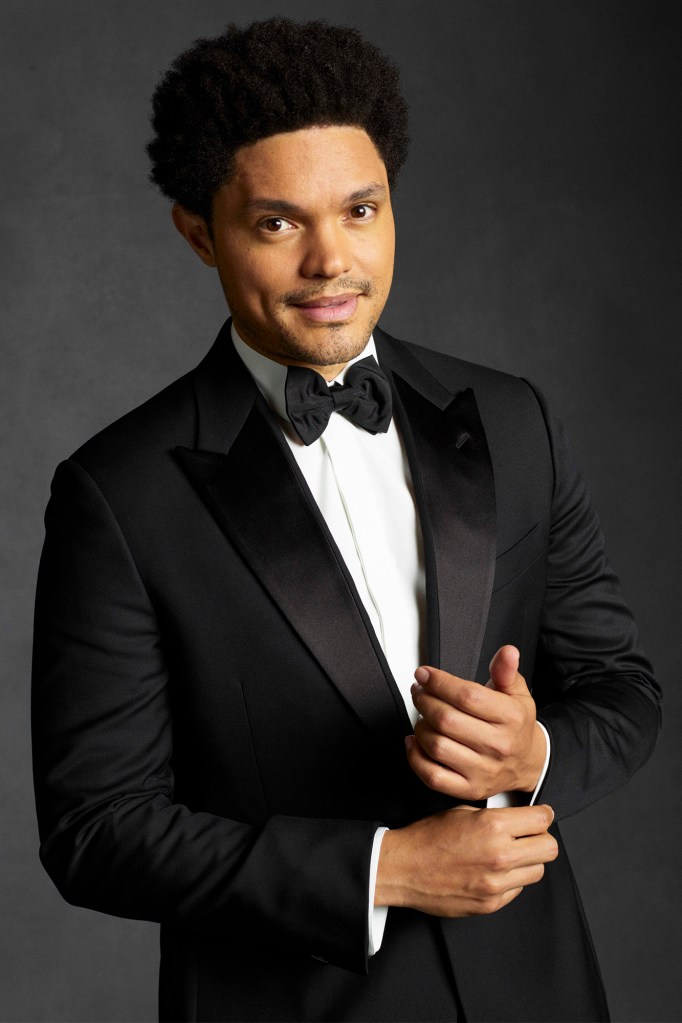 “It’s nice to have fans cheering for their favorite artist,” Noah said of the gig. CBS

With the show being in Las Vegas, Noah calls the city a “perfect place to have a celebration.” He expects an entertaining show with several performers set to hit the stage including Olivia Rodrigo, BTS, Billie Eilish, Lil Nas X, Jack Harlow and Brandi Carlile.

The multitalented Jon Batiste is the leading nominee with 11 nods in a variety of genres including R&B, jazz, American roots music, classical and music video. Justin Bieber, Doja Cat and H.E.R. are tied for the second-most nominations with eight apiece.

“I think it’s going to be a celebration of an industry coming back to life,” Noah said. “I think a lot of the artists will enjoy Vegas. Nobody lives there. There’s an element of this (show) that’s like a music camp. I think it’s going to bring a different energy, and I’m excited to be a part of it.”