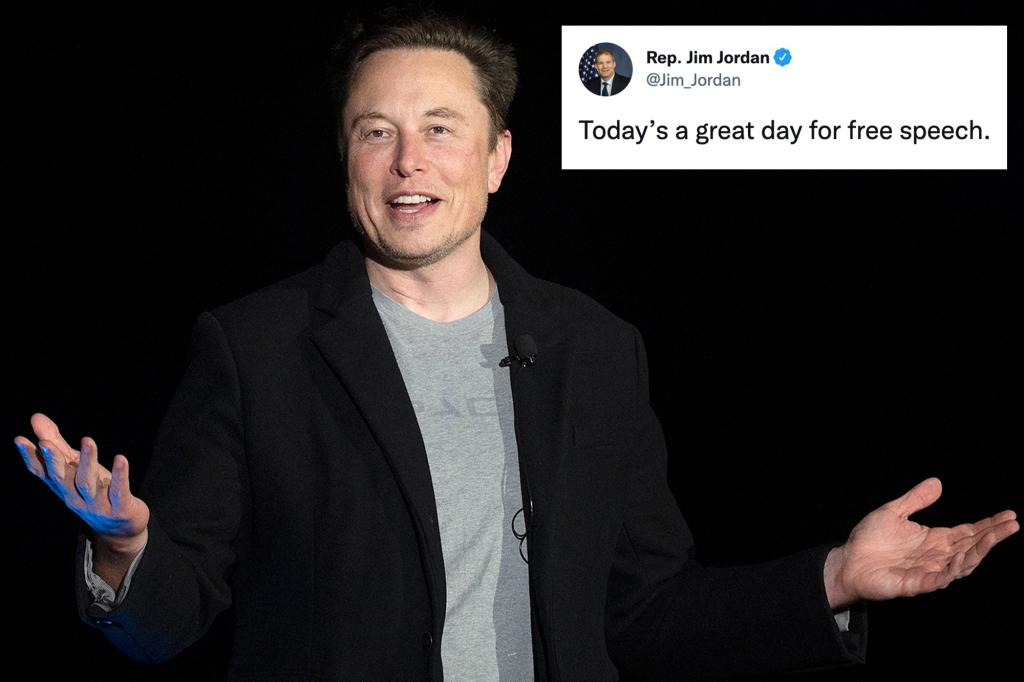 “If Elon Musk can turn that around to actually protect free speech and encourage open discourse, Twitter’s full potential will be unlocked.”

The governor of the Lone Star State, Greg Abbott, also championed the sale — urging Musk to relocate the social media company to Texas.

Washington Rep. Cathy McMorris Rodgers, a ranking member on the House Energy and Commerce Committee, heralded the news as a much-needed breakup of Big Tech.

“Big Tech cannot continue to silence people—they are not and should not be the arbiters of truth. It is time to replace Big Tech censorship with the battle of ideas and I am hopeful for a new free speech direction at @Twitter,” she tweeted.

Tennesse Sen. Marsha Blackburn also hailed the Tesla CEO’s takeover as a win for the fight against censorship.

“Today is an encouraging day for freedom of speech. I am hopeful that Elon Musk will help rein in Big Tech’s history of censoring users that have a different viewpoint,” she wrote.

She added that the purchase should “terrify” progressives.

“Elon Musk buying Twitter terrifies the left because they don’t want their power to censor conservatives threatened,” she tweeted. 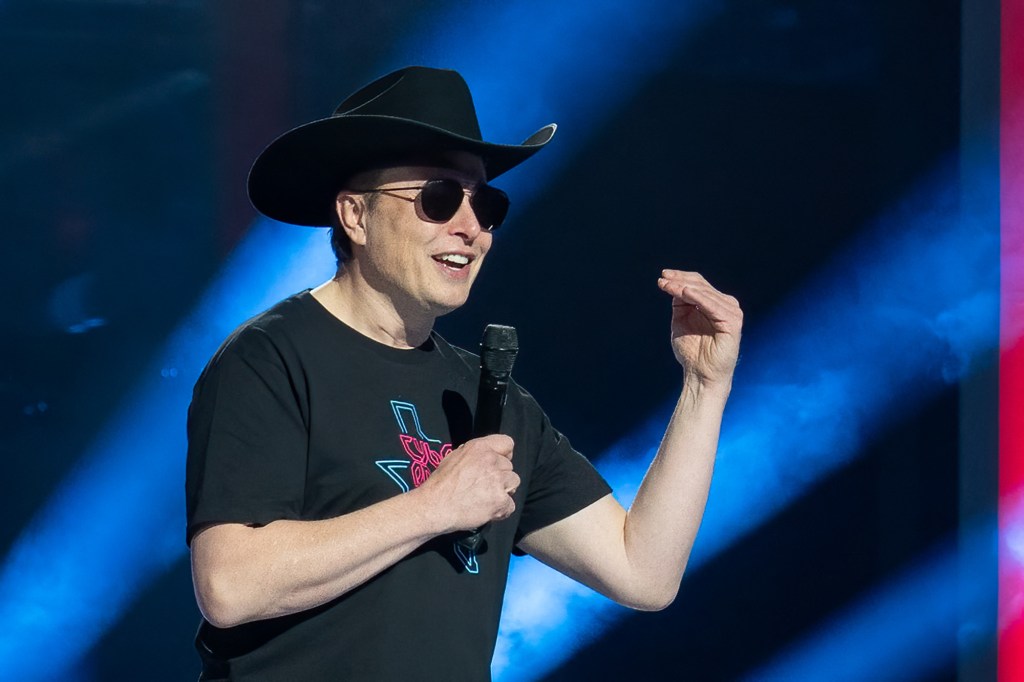 Musk pictured at a “Cyber Rodeo” at Tesla Giga Texas on April 7.AFP via Getty Images

However, the announcement wasn’t enough to bring former President Donald Trump back to the social media site, with the ex-POTUS insisting last week that he won’t return to Twitter – even if Musk lifts the site’s permanent ban against him.

Trump told Fox News that he planned to instead use his own fledgling Truth Social app, which launched in February — insisting his platform is “much better” than Twitter.

“I am not going on Twitter, I am going to stay on Truth,” Trump said. “I hope Elon buys Twitter because he’ll make improvements to it and he is a good man, but I am going to be staying on Truth.”

Today is an encouraging day for freedom of speech. I am hopeful that Elon Musk will help rein in Big Tech’s history of censoring users that have a different viewpoint.

Despite Musk urging his “worst critics” to stay on the platform, lawmakers on the left are vowing to re-think their Twitter presence.

Massachusetts Democrat Sen. Elizabeth Warren didn’t hold back, writing: “This deal is dangerous for our democracy. Billionaires like Elon Musk play by a different set of rules than everyone else, accumulating power for their own gain. We need a wealth tax and strong rules to hold Big Tech accountable.”

Meanwhile, Oregon Sen. Ron Wyden tweeted, “If the U.S. had a privacy law with teeth, or if Twitter encrypted DMs like I urged years ago, Americans wouldn’t be left wondering what today’s sale means for their private information. The protection of Americans’ privacy must be a condition of any sale.”

This deal is dangerous for our democracy. Billionaires like Elon Musk play by a different set of rules than everyone else, accumulating power for their own gain. We need a wealth tax and strong rules to hold Big Tech accountable.

As a result of the sale, Twitter will now be a privately owned company.

Musk, who has said he wants to buy Twitter in order to restore the platform’s adherence to free speech principles, will pay $54.20 per share for the company, which he has vowed to take private.

“Free speech is the bedrock of a functioning democracy, and Twitter is the digital town square where matters vital to the future of humanity are debated,” Musk said in a statement.

“I also want to make Twitter better than ever by enhancing the product with new features, making the algorithms open source to increase trust, defeating the spam bots, and authenticating all humans. Twitter has tremendous potential – I look forward to working with the company and the community of users to unlock it.”

Next post From blurry to bright: AI tech helps researchers peer into the brains of mice