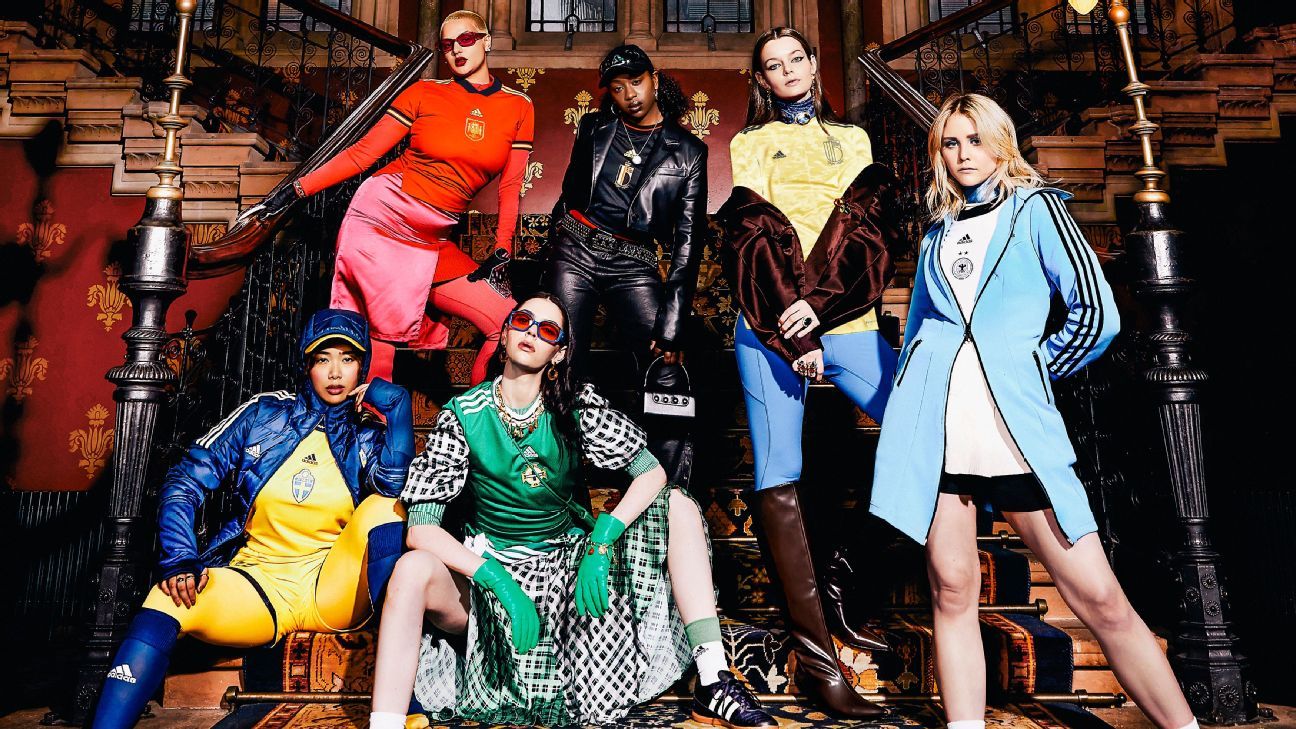 Adidas has unveiled a batch of kits that will be worn with pride by some of the national teams competing when the UEFA Women’s European Championship kicks off in England in July.

With less than 100 days until the competition begins Belgium, Germany, Northern Ireland, Spain and Sweden have all been furnished with brand-new uniforms for the tournament.

Over half of the 700,000 available match tickets have already been sold, meaning Euro 2022 has broken the previous sales record (240,000) set five years ago at Euro 2017. So it’s imperative that these teams look as sharp as possible when they stride out on to the pitch this summer.

The new Euro 2022 home shirts follow tradition by bearing the colours of the national flags, while the corresponding away shirts are all inspired by famous designs taken from previous prominent kits in each team’s back catalogue.

The overall quality of designs across the whole slate of shirts is impressively high, making it difficult for those without a vested interest in a particular team to pick a favourite.

The Red Flames will not be wearing red at all at Euro 2022, with the women’s team’s first-ever bespoke home kit eschewing the nation’s usual fiery hue in favour of a stealthy black aesthetic, embellished with simple red-and-yellow trim.

A colour usually reserved for Belgium’s third, alternative and goalkeeper kits, the away shirt is a mottled pale yellow design with fine black detailing which bears hallmarks of the alternate jersey worn by the men’s national team in 2018.

Germany rarely put a foot wrong when it comes to effortlessly stylish national team kits, and their latest efforts are no exception. The home shirt is predominantly smooth and white with the black block of the Bundesflagge represented by the base colour of the trim and the red-and-yellow blocks used to garland the collar and cuffs.

The away kit is a familiar bottle green shade that has been used as an alternative colour for the Germany national team since the 1950s. A fresh twist to an established look has been created with the subtle striping created by a tonal abstract print.

Northern Ireland have been furnished with a classic design that harks back to the famous green jerseys worn by the men’s national side during the 1980s — with the chunky, two-tone V-neck collar in particular a reference to the 1986 World Cup strip. The first Northern Ireland kit designed solely for the senior women’s team, the 2022 vintage also boasts a centrally aligned badge and clipped stripes on the sleeves which also lend the shirt a pleasingly retro feel.

Redolent in the bright primary colours of the Rojigualda national flag, Spain’s Euro 2022 home shirt looks to be informed by the geometric jerseys of the mid 1990s and early 2000s, all melded with the streamlined redesign of the RFEF coat of arms first unveiled last year.

The away jersey is on the same template as Germany’s, only this time it’s in a striking pale metallic blue.

While there are no prizes for guessing that Sweden will be playing in yellow and blue at Euro 2022, there are a number of subtle details included on the new home shirt that help it stand out — notably the centrally aligned badge and the yellow twine embroidering around the collar.

The kit also features special instructions on how opposing teams can try to beat Sweden by virtue of a 34-page tactical dossier (yes, 34!) stitched into the shirt that includes breakdowns and performance analysis.

Written by the team’s data specialist Anders Eriksson, the pamphlet — entitled “How to beat Sweden” — is incorporated into the inner label and covers everything from attacking and defensive formations to individual player assessments and tips.

The top-ranked European side are obviously very confident of marching to glory at Euro 2022 and can also boast a very sleek and dusky dark blue away shirt.

Previous post Original ‘West Side Story’ star: Get Rachel Zegler to the Oscars!

Next post Social media in shock over Shein’s ‘sexy’ swimsuit: ‘A wedgie you pay for’