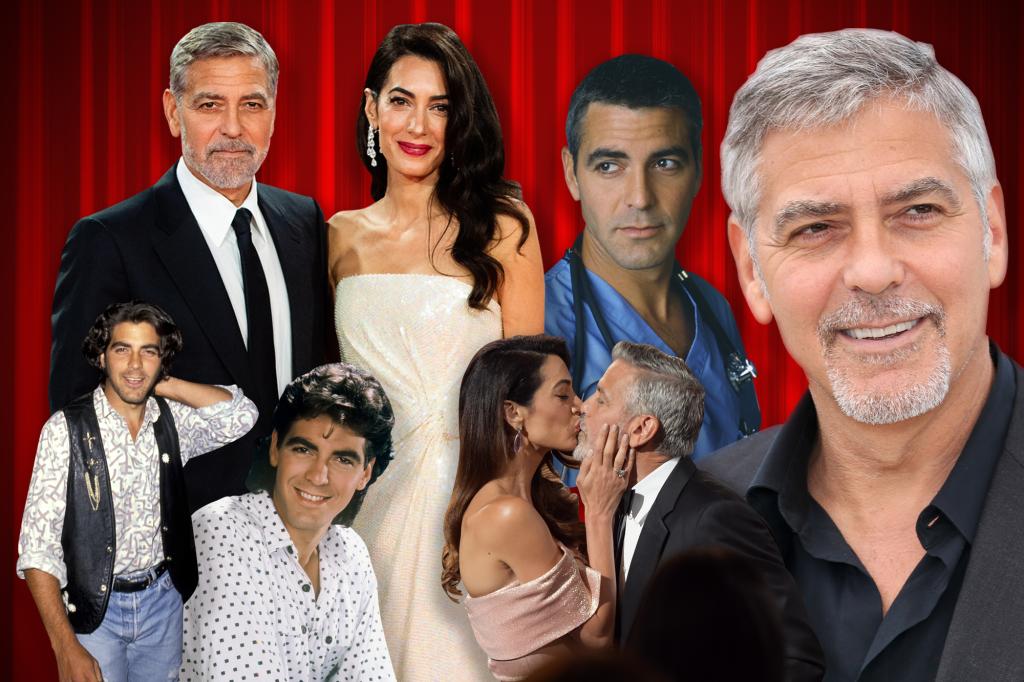 Dapper, debonair and delicious, George Clooney is and always will be one of the sexiest men that has ever lived.

As one of the most successful—and sexiest—men alive, the megastar is known not only for his awards and canon of work, but also his sense of humor. With an immense net worth of over $500 million, a host of famous pals and long-time collaborators, Clooney, 60, lives life large exactly how he wants to—whether that’s cutting his own hair nonchalantly or turning down $35 million for just one day of work!

With an extensive list of accolades and political and social advocacy under his belt, the man, the myth, the “bat nipples” legend has remained elusive and mysterious, yet always emulating that he’s ultimately just a down-to-earth charming, charitable guy.

On a whole new journey with his wife, the elegant and brilliant Amal Clooney, the two seem to be setting their sights on even bigger adventures in the years to come. So what cosmic luck was Clooney born into—or did he just always have the candor to flash his smile and get his way? Join me as we dive into the magic of Mr. Clooney because I’m a pop culture astrologer and I can see it all.

George Clooney was born on May 6, 1961. This makes him a Taurus Sun with a Capricorn Moon. His chart is heavily based in Earth and Fire elemental energy, of course with a splash of Water sign charm. His birth time is listed online, which would make him a Pisces Rising. I often find that the birth times listed online are different than the ones I receive from celebs when I work one-on-one with them, so Mr. Clooney, please feel free to hit me up anytime. The thing about having so much Earth energy is that he is a pretty sturdy, balanced soul. He also understands that to get where you wish to be, sometimes you need to play the long game and always show up—day after day—and do the work. This applies certainly to career, but all areas of life and relationships, as well. 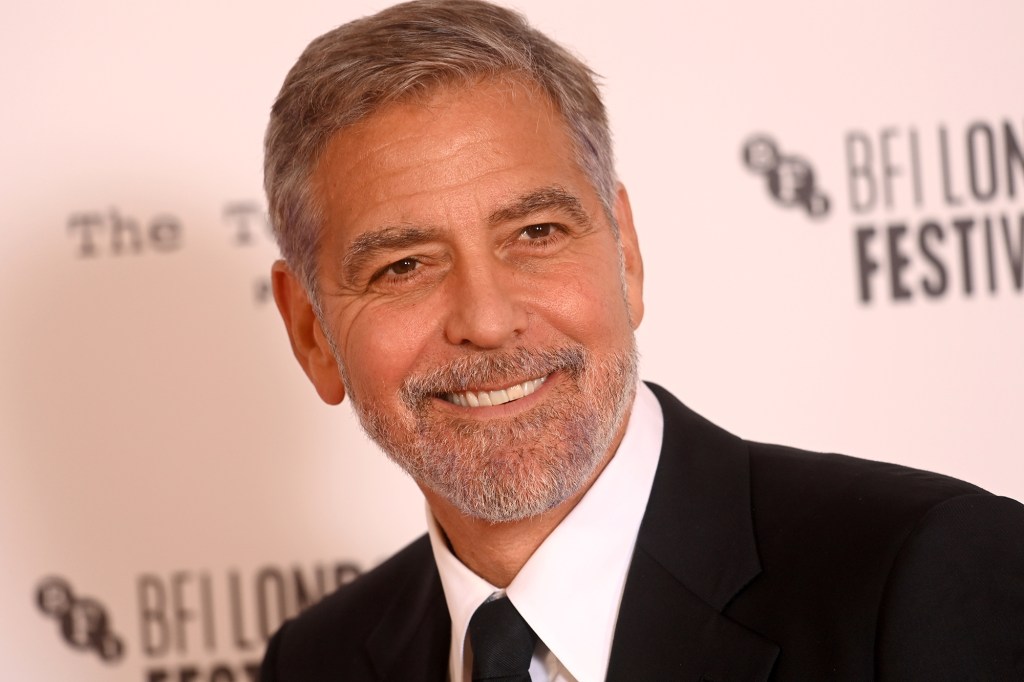 There are three main themes that I find repeated in Clooney’s natal chart. The first is that he is actually immensely emotional and sensitive. However, this energy is something that he doesn’t always wear on his sleeve. With his Moon in a sharp alignment to Mars, the planet of passion, this shows that he is very easily swayed by his emotions. Yet, with his Moon in the same place in the sky as Saturn, he may actually have difficult expressing these emotions and withdraw due to his deep sensitivity. He likes to keep most people at an arm’s length distance—yet is still a caring and compassionate friend.

He has always strove for material success and achievement, but often because he has found that this will help him to feel validated because his inner emotions are actually very delicate and it’s hard for him to trust people to that immensely deep level. With his natal Neptune dancing with his Ascendant—or the way he presents himself—it further intensifies his deep compassion for others, even to the point of giving away what he has in an effort to pay it forward in gratitude. Sigh, what a guy! Swoon. Also, with his Sun opposite Neptune, and his Jupiter peering at Neptune, internally, his emotions make him such a dreamy and creative guy.

The second major theme is that Clooney is also extremely intellectual. Again, with his Moon in a sharp alignment with his Mars, this makes him a deep thinker who is analytical and quite literally brilliant. His Moon also clashes with Mercury, the planet of communication, which brings him an opinionated tone—after he has formulated his own, original ideas after studying up and immersing himself in the facts, of course. He wouldn’t ever be caught dead getting into a debate about something he didn’t feel confident about.

He is a true lover of knowledge. Also, with his Sun in a united place with Mercury, too, he has excellent communication skills, with easy access between his mind, ideas and wit. A lot of Clooney’s time is spent spinning in the world of his thoughts, envisioning plans and the future. Last, Clooney has an eccentric edge to him, one that can bust out in a sudden, but often charming way. This is where he gets his WOW factor that further sets him apart. His Sun clashes with Uranus, the planet of rebellion, bringing him a strong urge to pursue his own path and break from convention.

Freedom is important to him and he strives to be unique, different and visionary. He is unafraid of going in a new direction suddenly if it speaks to him, but above all, he does not like to be controlled. Also, with his Uranus in a divine link with his Midheaven, too, he enjoys and thrives on being a nonconformist. He is ambitious to live in his own structures, by his own rules entirely according to his desires. 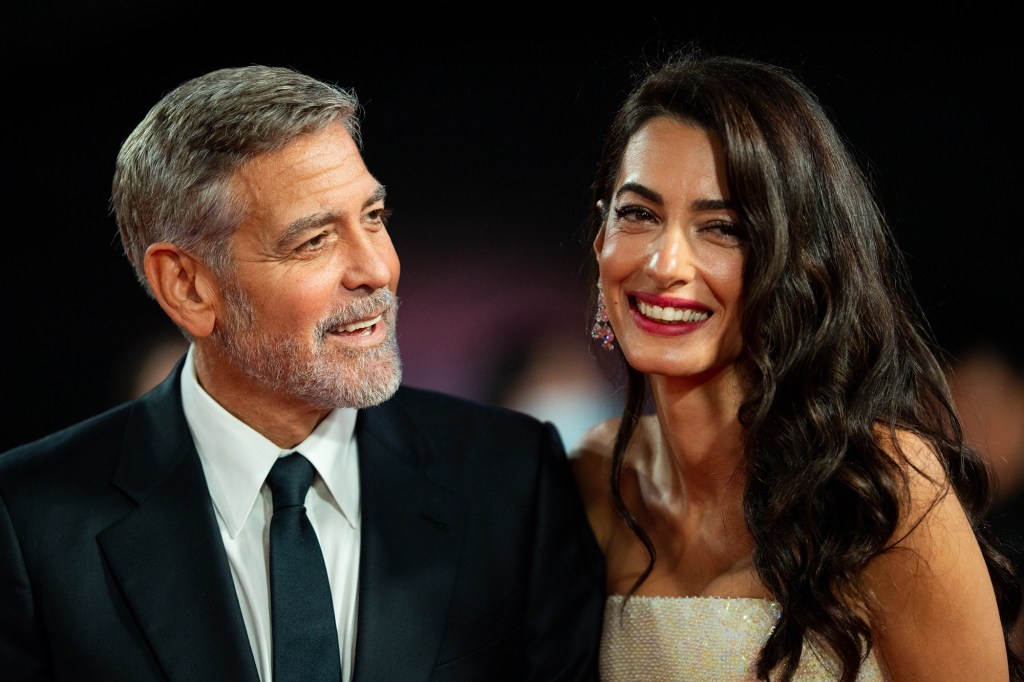 George and Amal Clooney have a unique, but truly enriching astrological connection.WireImage

For the longest time, Clooney was the effervescent bachelor—flying solo on his exploration of life and the world. That is, until he met the stunning and talented wife now at his side! But are they truly compatible?  Let’s take a peek!

Amal Clooney, 44, was born on February 3, 1978. This makes her an Aquarius Sun with a Sagittarius Moon. Her birth chart is heavily placed in Air and Fire elemental energy. While right off the bat, these energies don’t seem too compatible with Mr. Clooney, when we look at the nuances of how they connect, I absolutely see the strong level of attraction and a meeting of the minds. My compatibility rating for them is 7 out of 10. The thing that I think is so intriguing about their rapport, though, is that it’s not…the easiest and most fluid connection. In fact, with most of their planets glaring at one another—literally with their Suns in a sharp conflict—it shows that they’re intrinsically very different people. They emote, share passion and have proceeded throughout life very differently.

Yet, what the very fact that they are so different means is that there is actually a dramatic pull to one another—as if by uniting as life partners, they can show each other far more about other perspectives and visions of the world. This brings a balance to the other, and by communicating their points-of-view, they actually open each other’s eyes. This is remarkable and has—and likely will continue—to bring them both “a ha!” moments in ways they’d never even dreamt about.

Don’t worry, though, there are plenty of sweet alignments in their rapport, too—such as Amal’s Moon kissing George’s Venus, both of their Venuses dancing together, and both of their Mars in the same place in the sky. The biggest takeaway that I see when I peer into them is that they both have big goals, major ambitions and a desire to further grow on the world stage—and this is something they both can fully aid one another in. In this regard, they are stronger together than they ever could be apart. 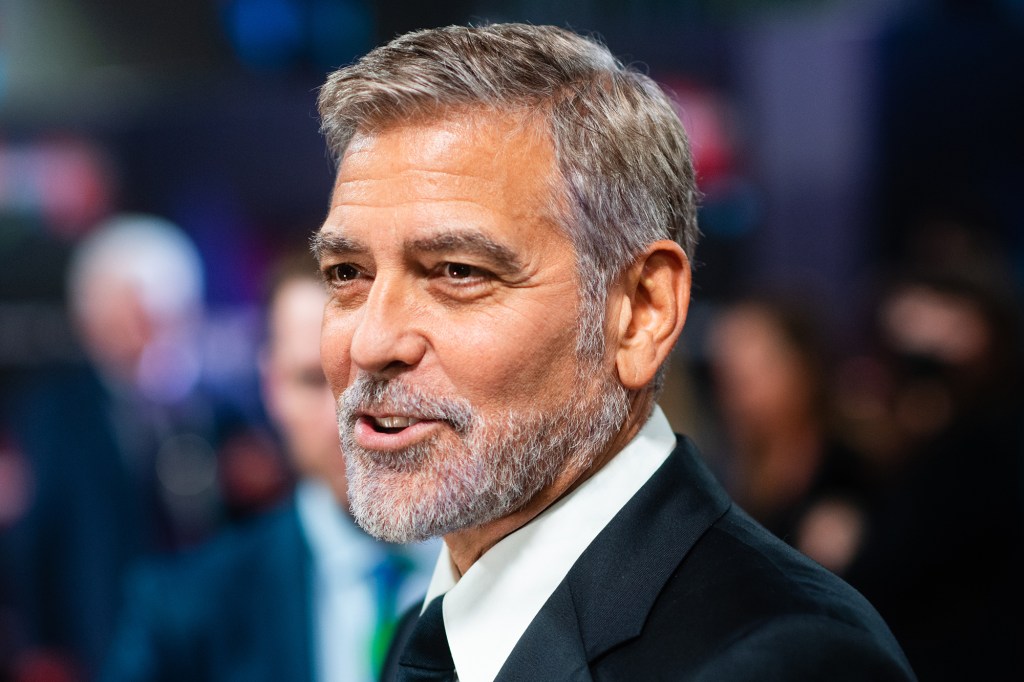 George Clooney will experience eclipses in his Sun sign, which will cause sudden and intense shifts in his life’s destiny.WireImage

What are predictions for George Clooney?

So when you’re already thriving, how high can you go? Well, Clooney has a lot to look forward to—but also a lot of shifts shaking up his life, too.

First, let’s start with mighty Uranus. This planet entered into Clooney’s Sun sign in 2018 and will remain here until 2026. This is revolutionizing his life in every single way—and will continue to push him to step outside of the box in every way. Another important note is that from the end of 2021 until the end of 2023, Clooney is facing immensely powerful eclipses in his Sun sign, which are about recreating himself, embracing his destiny and stepping into this new version of himself. His relationships will become increasingly important to him—but also tested—during this time.

2022 and 2023 are also important for him with Jupiter, the planet of luck, gracing his Ascendant. Even more exciting is that Jupiter will also shimmy through his Sun sign in 2023 and 2024—so to say he is going through a several-year period of rebirth and setting the stage for the entire decade ahead is an understatement. New projects, endeavors and ambitions will be launched as he lays the seeds for this whole new version of his life. You heard it here first.

Kyle Thomas is a globally recognized pop culture astrologer who has been featured in “Access Hollywood,” E! Entertainment, NBC & ABC television, Cosmopolitan magazine, Hulu, Bustle, Elite Daily, Marie Claire and more. He is known for his cosmic guidance for celebrities, business executives and prominent influencers. His work harnesses the power of the stars in regards to entertainment lifestyle and trends affecting people worldwide. Visit KyleThomasAstrology.com for more information.