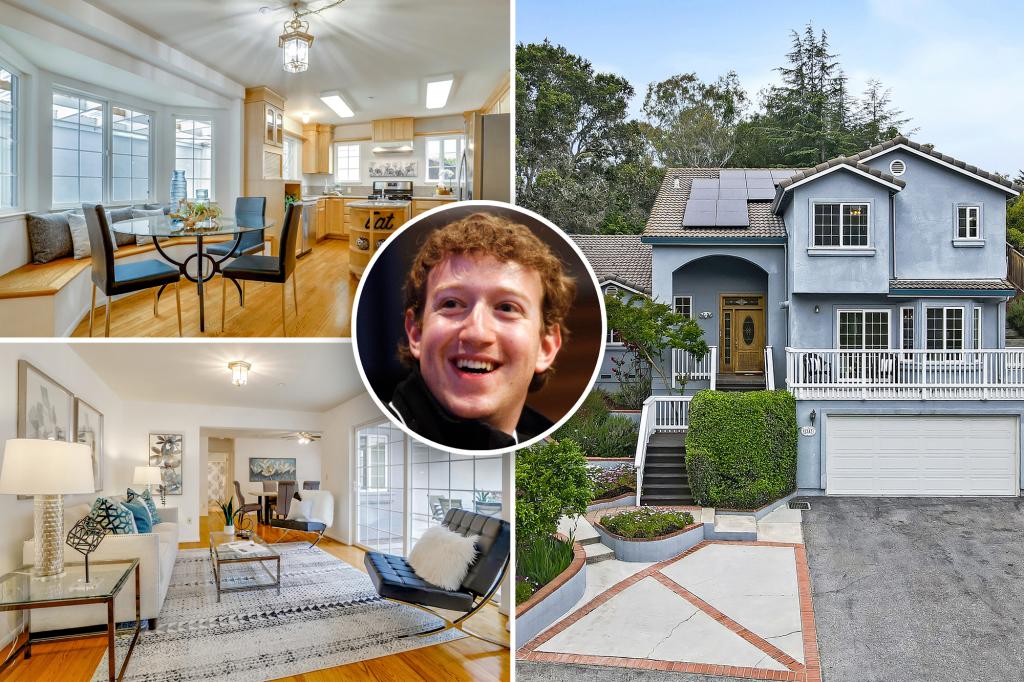 For the first time since its construction, the Silicon Valley house where the social media platform, Facebook (now known as Meta), was created, has hit the market for $5.3 million, The Post can report.

The unassuming blue house with a painted yellow door was first constructed back in 1998.

Made up of six bedrooms and 4½ bathrooms, the Los Altos property had only ever been up for rent since 2004.

And its first tenants?

Then 19-year-olds Mark Zuckerberg and Dustin Moskovitz, along with 24-year-old Sean Parker, who cofounded what is now a multi-billion-dollar global company.

Judy Fusco was looking to rent her newly refurbished home that August when Zuckerberg and Moskovitz, now 37, and Parker, now 42, stopped by to look at the house. 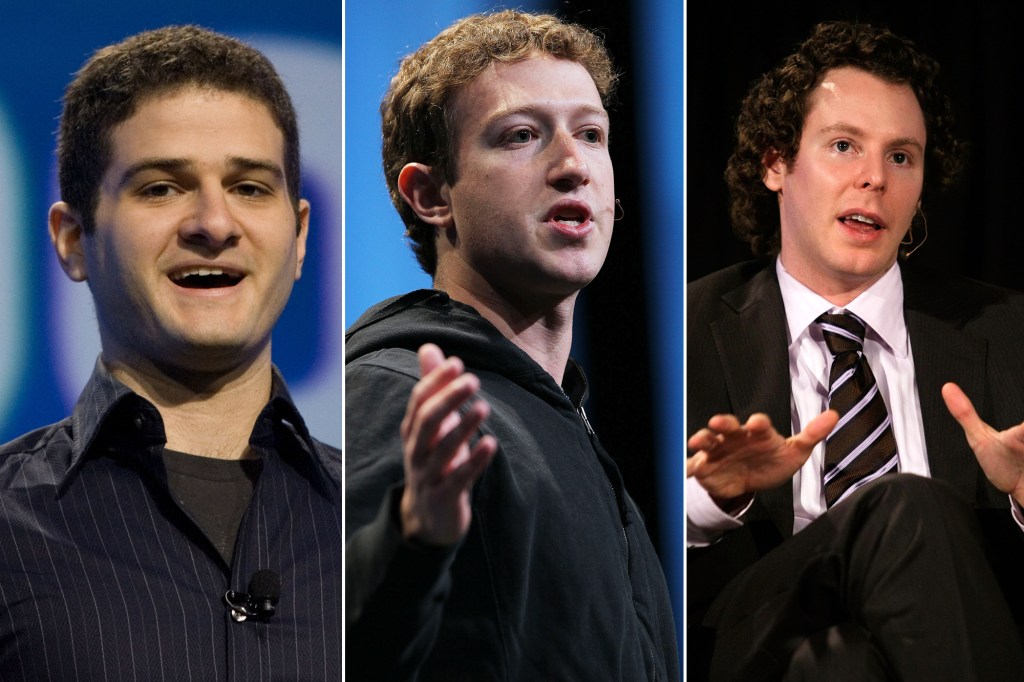 Dustin Moskovitz, Mark Zuckerberg and Sean Parker were roommates in the early days of Facebook.Getty Images (3)

“Mark stood outside and never went into the house, while Sean and Dustin ran up the front stairs to see the house,” Fusco recalled to The Post in an interview. “Mark stood there and asked if they could rent the place, without even looking inside.”

“I read the check and asked him what he did, and he told me about a company called Facebook, and how he planned to connect the world,” Fusco said, adding that Zuckerberg was wearing black jersey shorts, sandals and his trademark hoodie at the time. “I said, ‘I don’t care if you are going to connect the world, if this check does not pass, you’re not moving in.’ ”

The now-embattled tech prodigy wrote her a check on the spot. 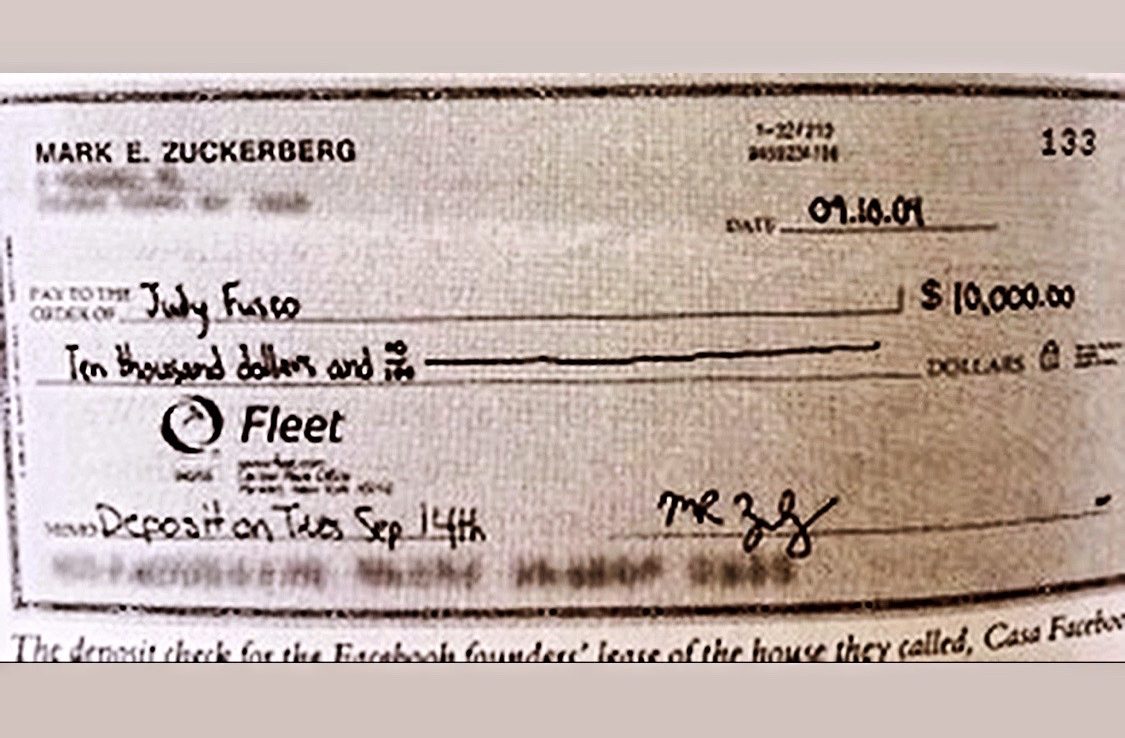 The first deposit check written by Mark Zuckerberg for the Facebook cofounders’ lease of the house they eventually called Casa de Facebook. Their rent was $5,500 a month.

A first-time landlord herself, she didn’t think much about the reason for Zuckerberg’s urgency. But what she didn’t know was that the motivated teens were forced to move out of their previous Palo Alto pad following an incident involving a zip line tied around a chimney, leading down to the pool — the scene immortalized in the film “The Social Network.” 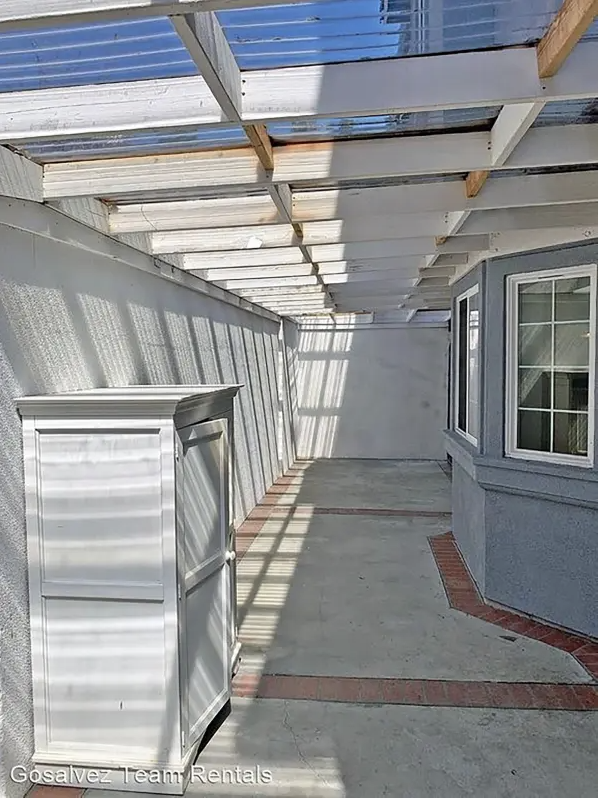 Requesting first month’s rent and a deposit totaling $10,000, two weeks later, on Sept. 14, 2004, they moved in, along with some unforeseen guests.

“There were only six bedrooms, and the sunroom alone had about 10 interns staying there huddled up in bunk beds,” Fusco said. “The home just exploded with engineers and Facebook employees,” not unlike the “hacker house” featured in HBO’s “Silicon Valley.”

Features of the home, which Zuckerberg referred to as “Casa de Facebook,” include a living room with bay windows and a balcony, an entertainment room with lots of natural light, the listing notes. The kitchen comes with stainless-steel appliances, a center island and a breakfast nook.

“This slice of Silicon Valley history sits at the end of a quiet cul-de-sac with a personalized soundwall in the expansive backyard and gazebo perfect for BBQs and get-togethers,” the listing states.

“This home is perfect for multigenerational living with two owners’ suites, and bedrooms on various levels,” the listing suggests. 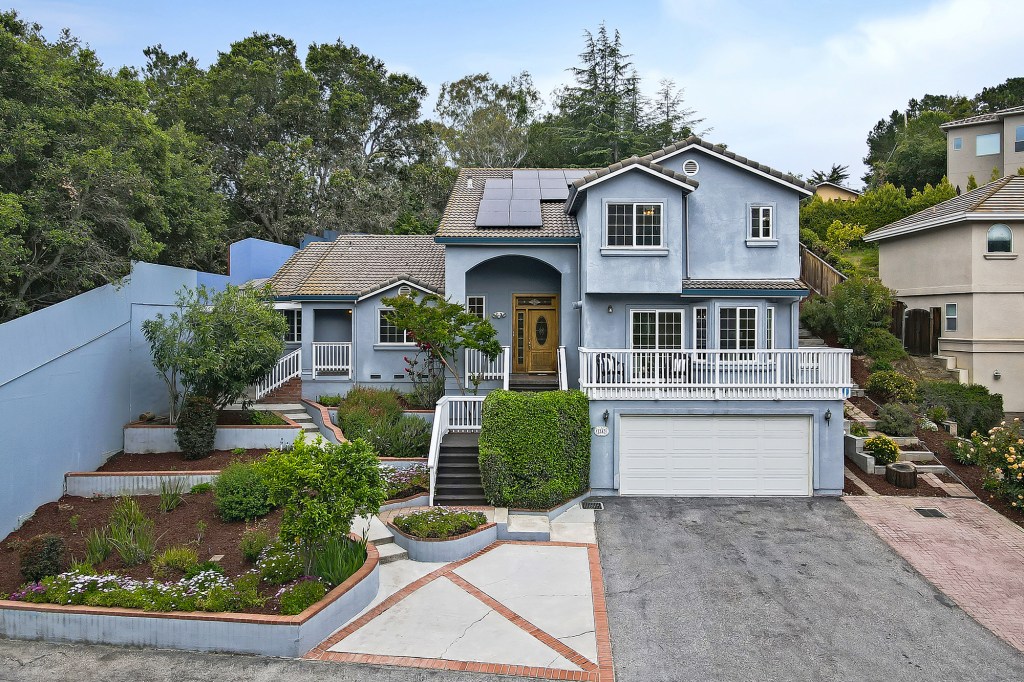 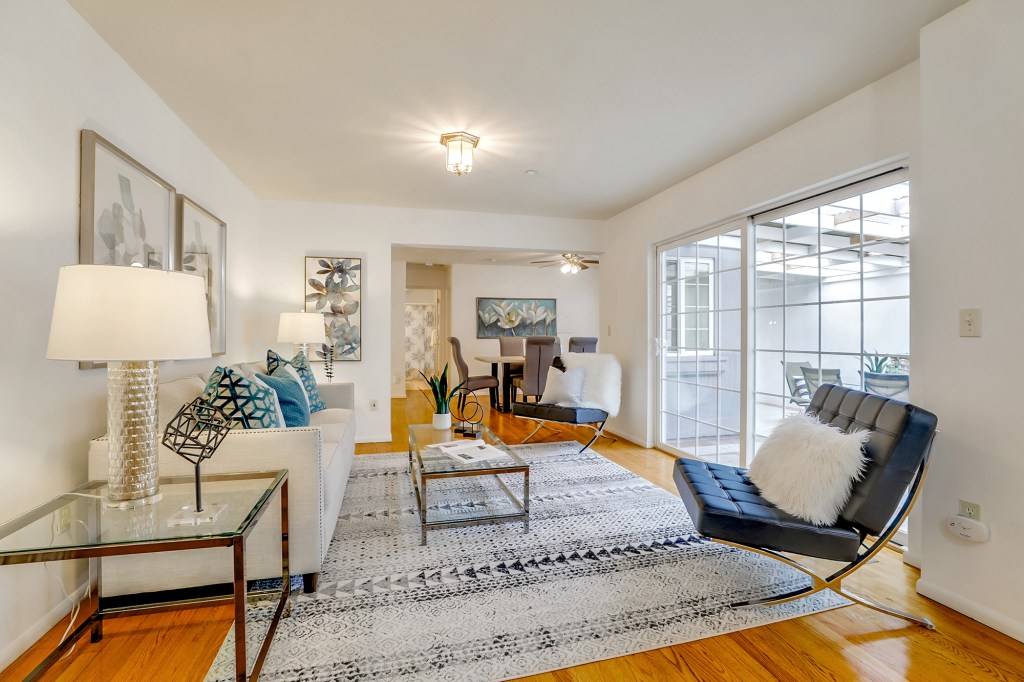 The living room that opens onto a balcony. Live Play Real Estate 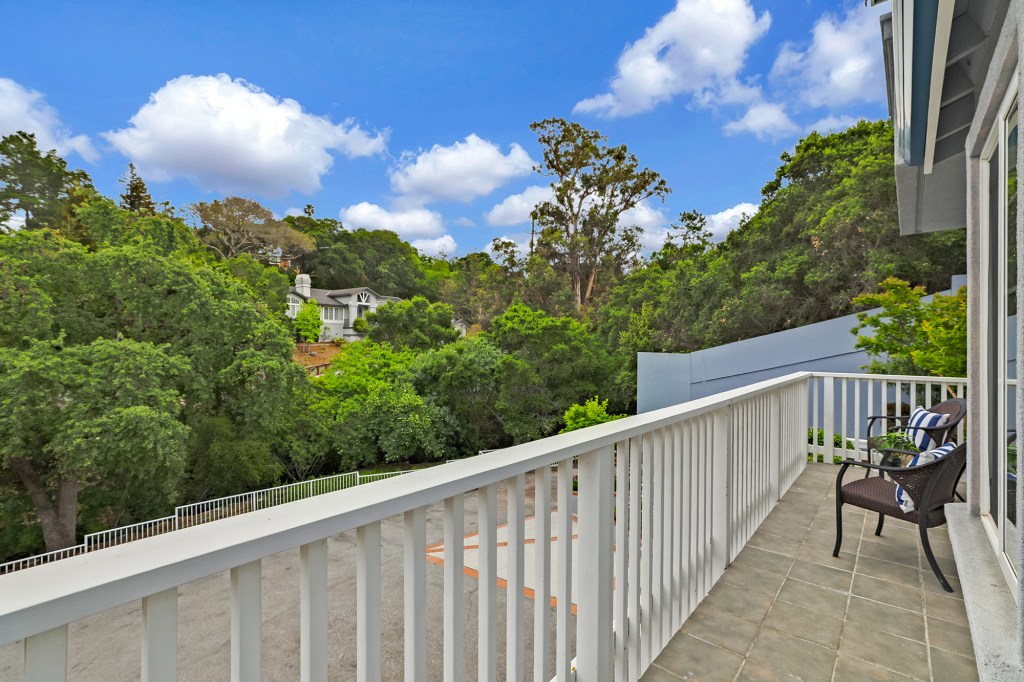 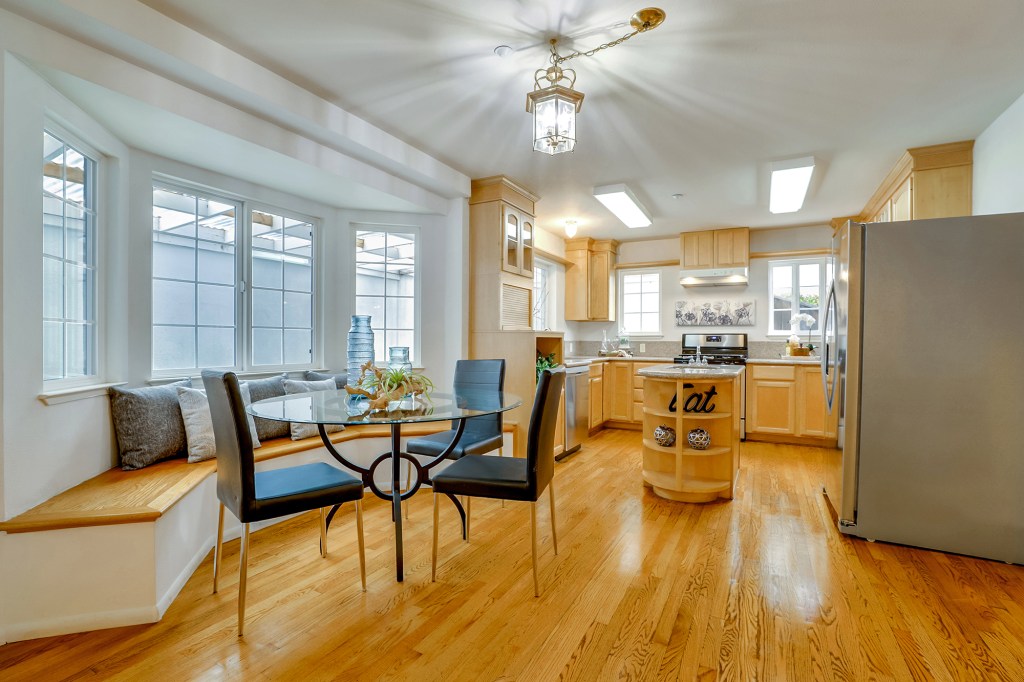 The kitchen with a breakfast nook. Live Play Real Estate 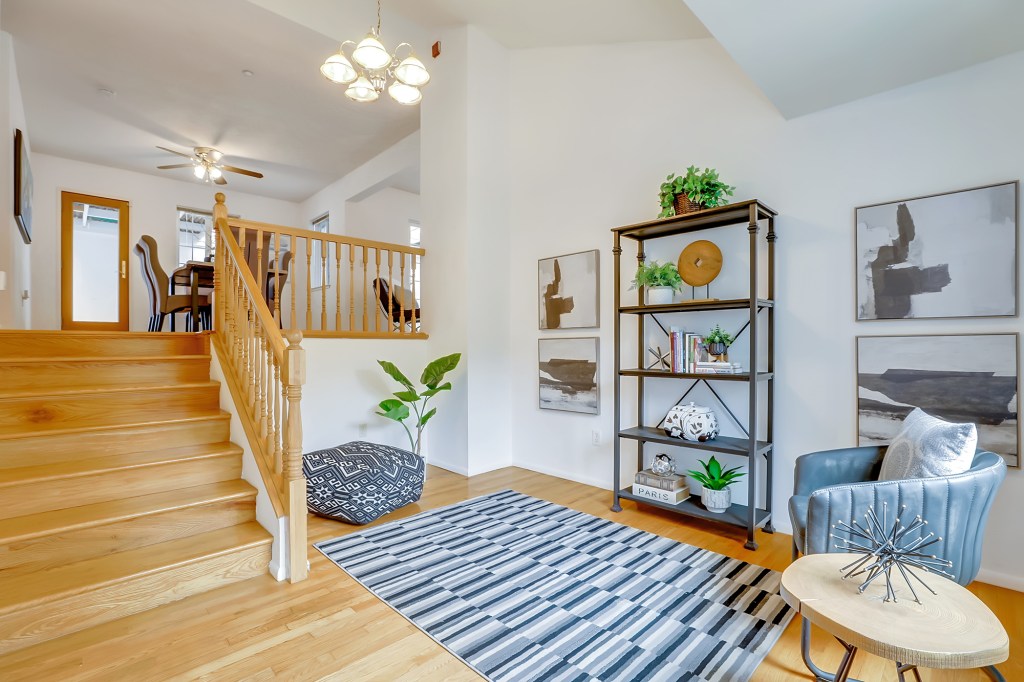 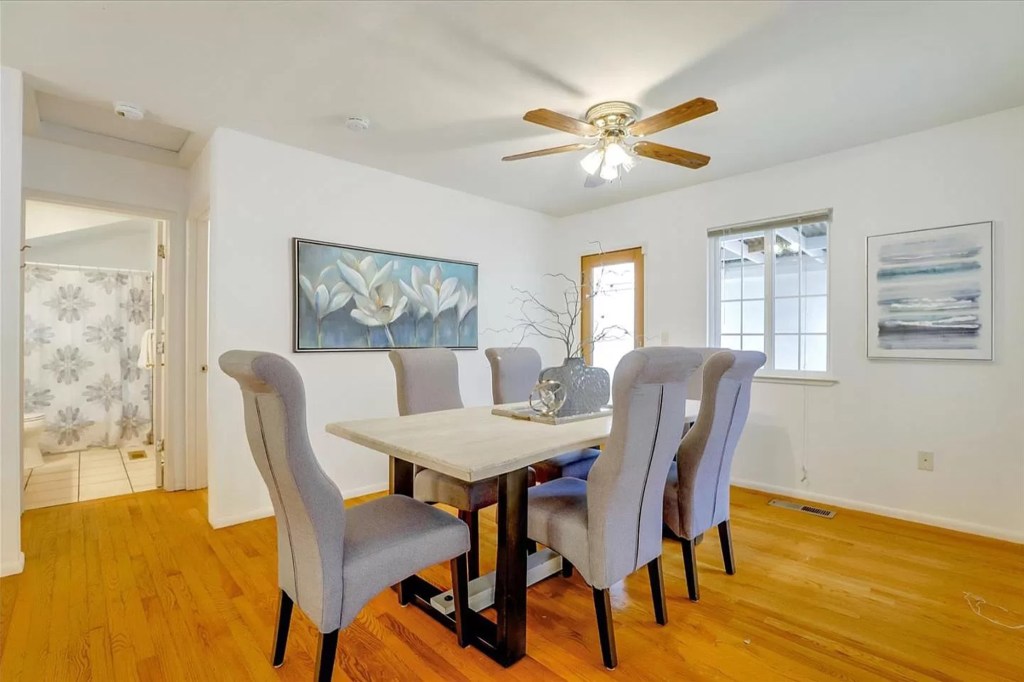 “After scheduling a listing presentation with Judy, I was happy to have the opportunity to show this strong, successful woman the business I am building with Live Play Real Estate,” Souza told The Post.

“When she told me she would like to move forward with the listing, I was honored and eager to get started and take on the challenge of finding the perfect buyers for this unique home.”

The founding employees would lease the home for a year, before they needed a much larger space to hold the growing company. Parker would be the first to move out of the home — in January— after developing an allergy from the jasmine flower that would bloom at night. 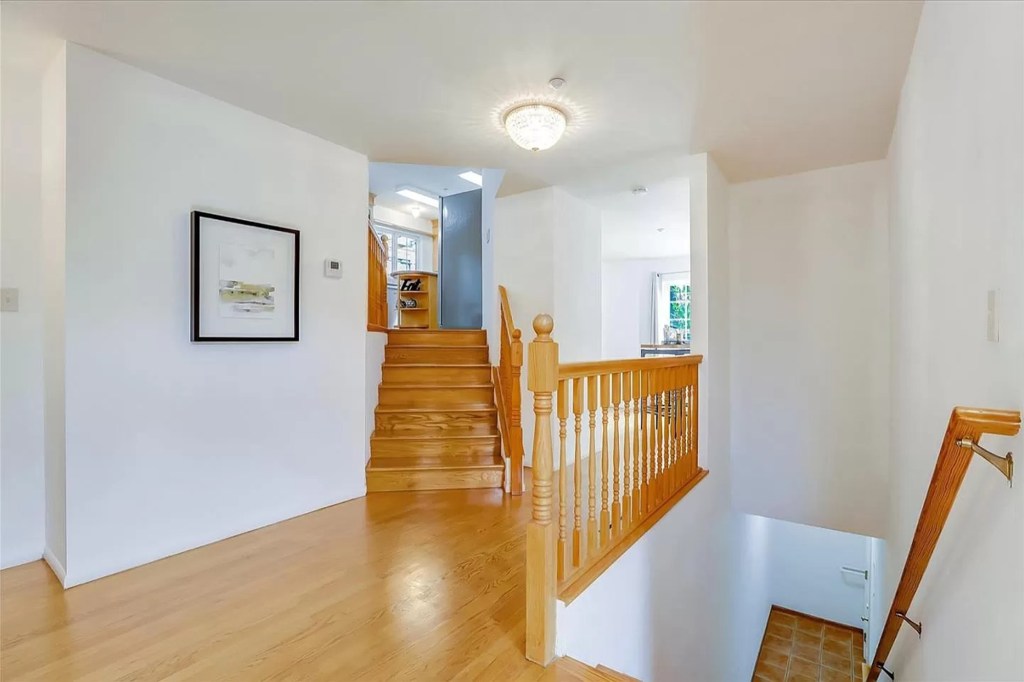 A hallway leading to the bedrooms. Live Play Real Estate 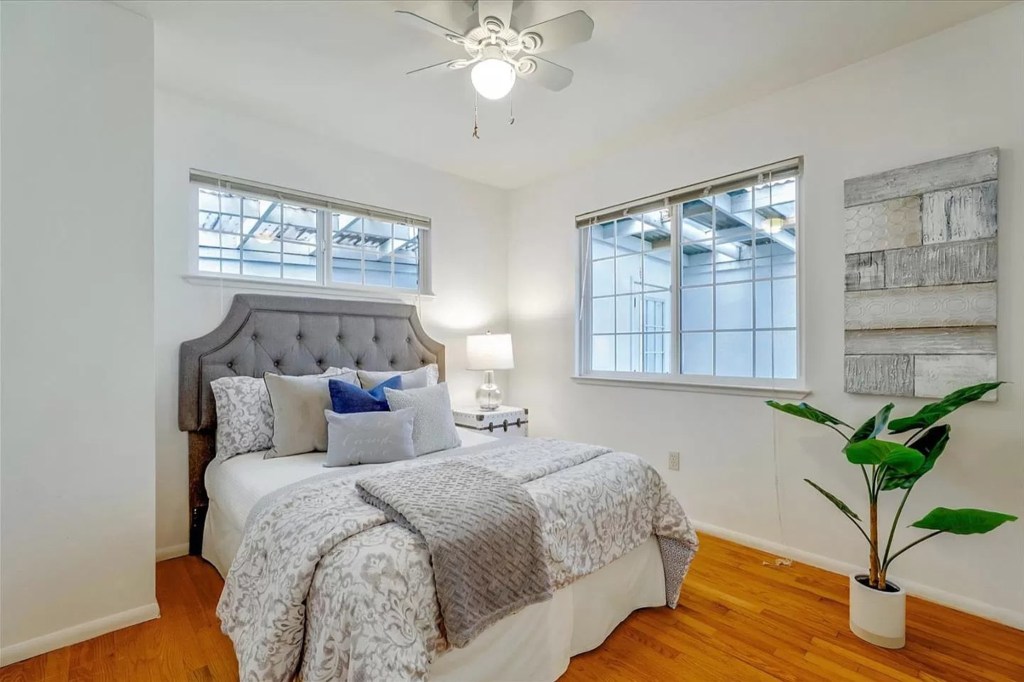 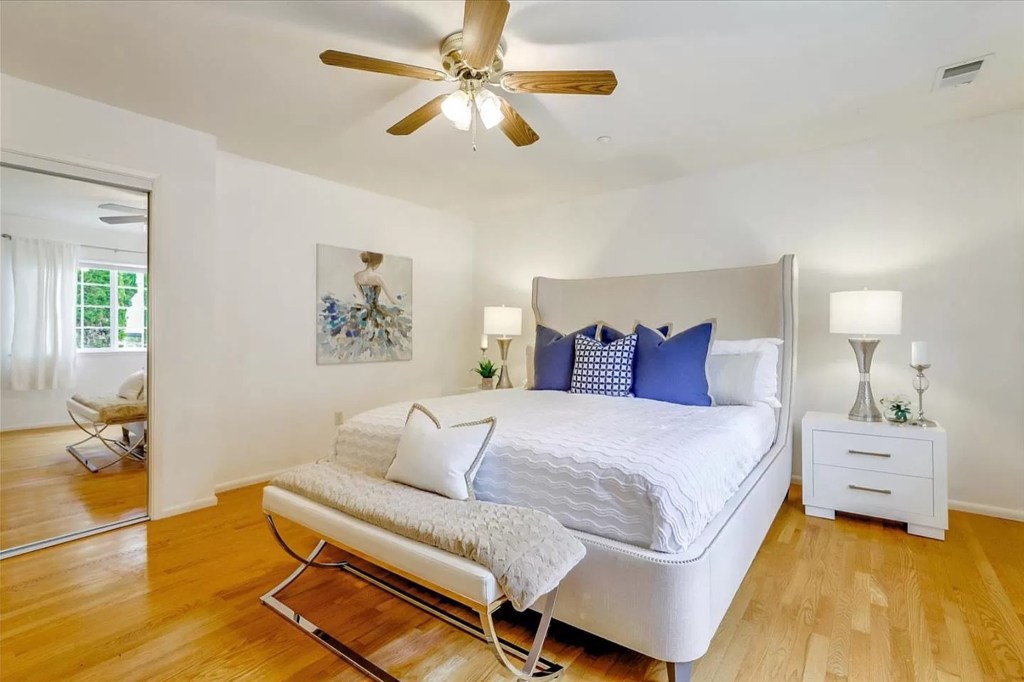 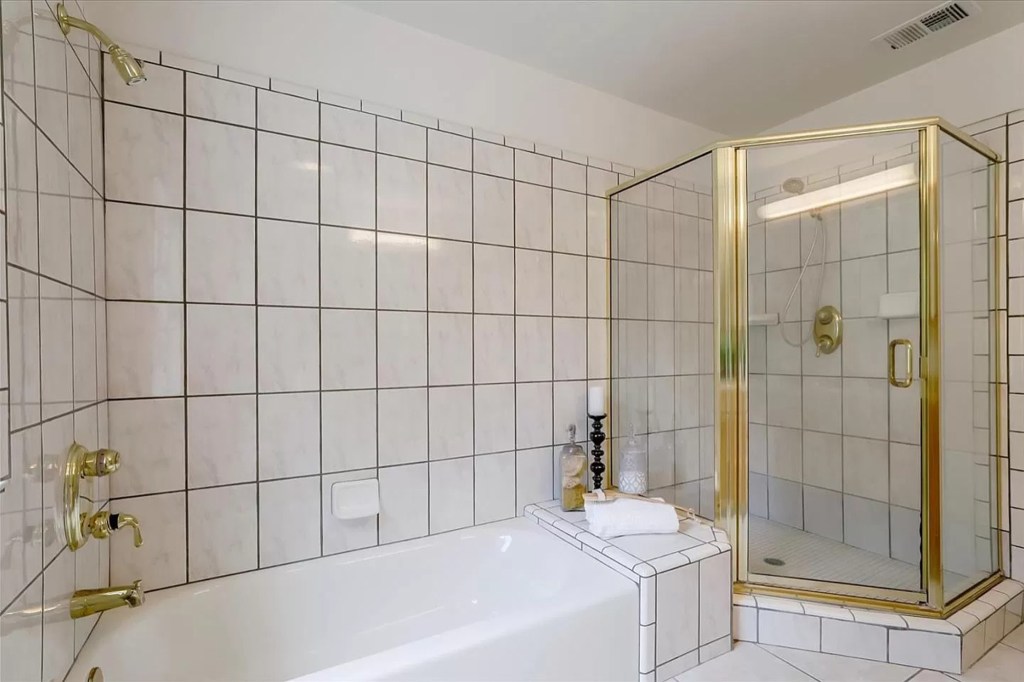 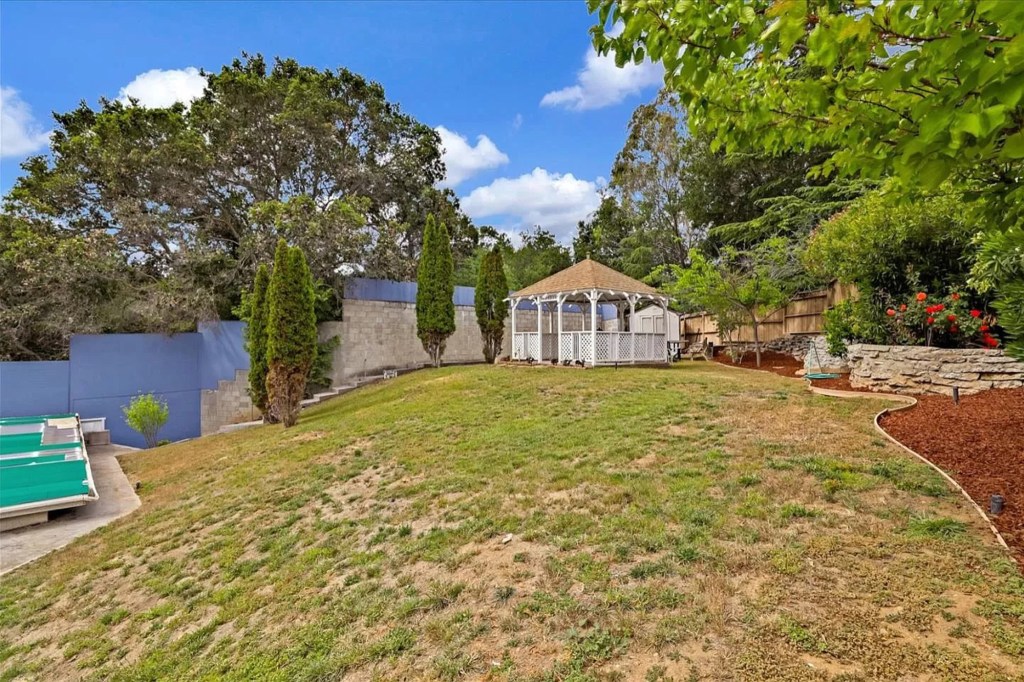 The expansive backyard with a gazebo. Live Play Real Estate 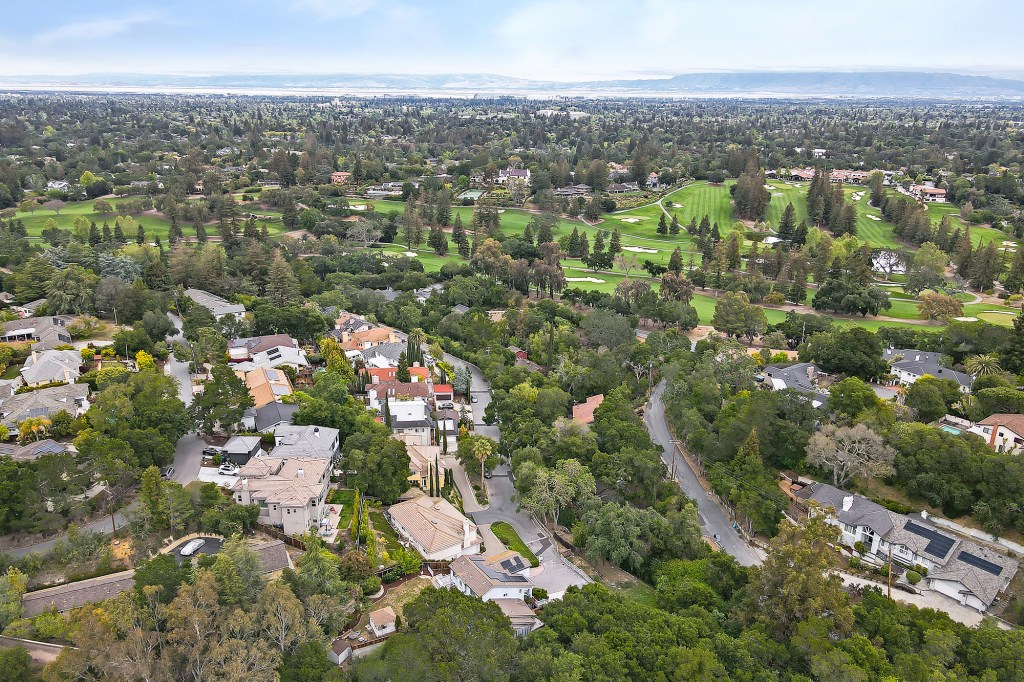 Before renting the house — which took three years to complete — Fusco recalled inviting a monk over to bless the property. The monk had predicted that someone “who was going to be very rich and famous will come live here.

“Sean [Parker] would come to me repeatedly, asking me to invest, telling me I would be a billionaire one day if I did,” Fusco admitted. “They proposed giving me stock instead of the rent — a dollar a stock. I said no. And looking back, I always think about the monk that had come to my house. I had no idea that would be the Facebook brand. I had a daughter to put through school, I was afraid to take the risk at the time. But Sean was right.”

“I guess I just wasn’t meant to be a billionaire,” Fusco said. “That was not my fate.”

Previous post Is Mangakakalot a safe site to read manga online? Is the site down?

Next post Breaking the shield that protects pancreatic cancer from immunotherapy