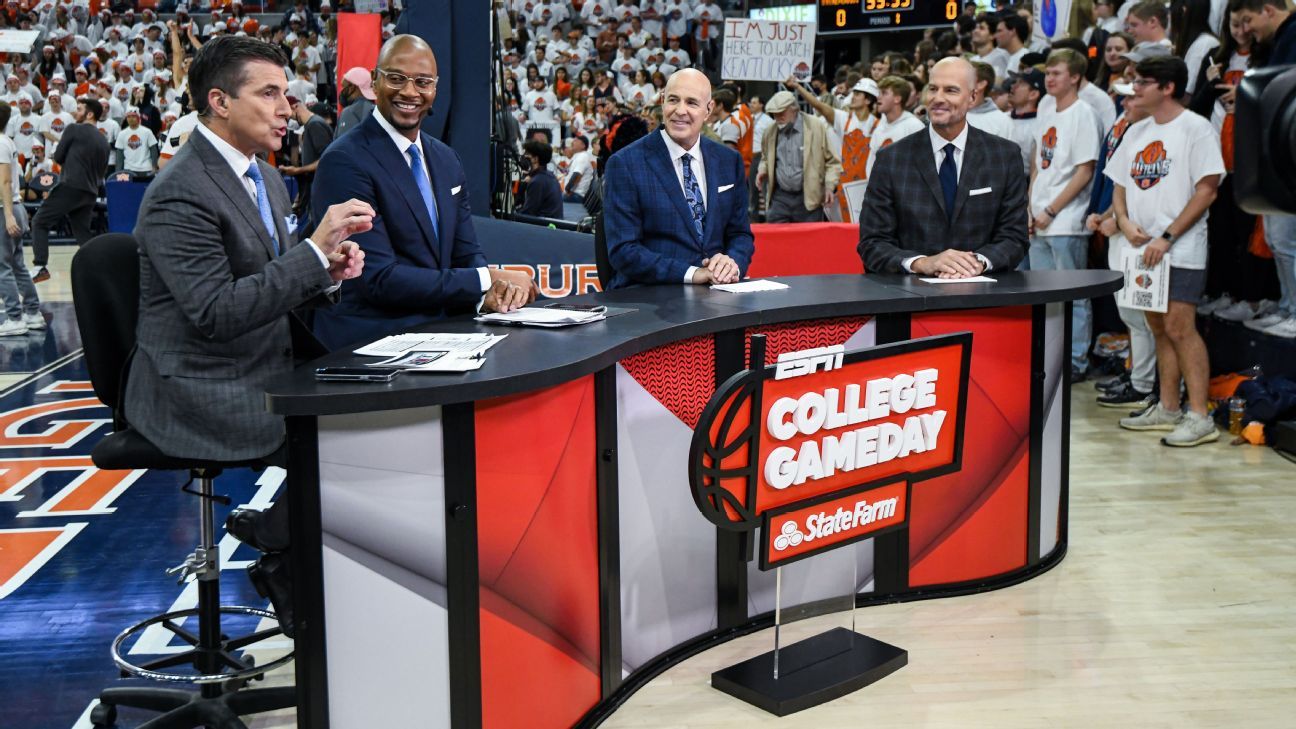 For the second straight season, the Gonzaga Bulldogs will open the men’s NCAA tournament as the betting favorite. And for the second straight season, the top-ranked Zags remain the consensus favorite among both ESPN’s panel of men’s college basketball commentators, analysts and writers — albeit by a smaller margin than in 2021 when Gonzaga entered the field at a perfect 26-0.

Last season, ESPN’s panel identified just four teams it thought could cut down the nets on the tournament’s third weekend — two of those were Gonzaga and Baylor, who met for the national championship (Illinois and Florida State were the others). This season, ESPN’s respondents have selected 10 different teams as potential champions, from a field that includes a whopping 18 selected Final Four teams. There were at least four teams picked in every region as Final Four entries in 2022, including a total of five teams in the wide-open South and East Regions.

Below we take a look at several trends among the 54 ESPN professionals who made their picks to reach Caesars Superdome in New Orleans on April 2 — and their selections for who will cut down the nets on April 4.

Brackets are open! Head to Tournament Challenge and fill out your bracket now!

Our panel was not totally sold on the narrative that this is Gonzaga’s year from a title-winning standpoint (more on that later), but nearly everyone in the group expects to see the Bulldogs in New Orleans.

Gonzaga earned 48 of 54 picks to make it out of the West Regional in San Francisco, with Texas Tech (4 picks), UConn (1 pick) and Duke (1 pick) the outside-the-box choices. Though the Blue Devils have five potential first-round NBA draft choices and beat Gonzaga way back on Nov. 26 in Las Vegas, ESPN respondents were either scared off by Duke’s shaky play over the past couple of weeks or truly impressed with the recent play of Gonzaga. Or both.

ESPN’s Basketball Power Index gives Mark Few’s team a 56.9% chance to reach the Final Four, the best percentage in this field. No. 3 seed Texas Tech (15.5%), No. 2 seed Duke (15.0%) and No. 5 seed UConn (5.3%) have the next-best probabilities of coming out of the West. Curiously, No. 4 seed Arkansas (an Elite Eight team a year ago) was not selected by any of ESPN’s respondents to emerge from the West and is given just a 2.2% chance of reaching New Orleans by BPI.

The Kentucky Wildcats rejoined the national conversation in a major way this season, with John Calipari assembling a team that our respondents believe will end a UK Final Four drought that dates back to 2015. Kentucky was the pick out of the East in 37 of 54 brackets, with No. 4 UCLA (9 picks) and No. 3 Purdue (6 picks) the next-most popular selections.

Perhaps surprisingly, the No. 1-seeded defending national champion Baylor Bears scarcely made a ripple with ESPN’s panel. Play-by-play professional Ted Emrich was the only selector who went with the 1-seed in the East, with the Bears getting the same amount of Final Four love as Saint Mary’s (picked for the Final Four by college football writer and sometimes hoops/tennis/soccer guy Bill Connelly).

The South is anybody’s ballgame (but mostly Arizona’s)

Like the East, the South Region generated five different predictions to reach the Final Four, and also generated a significant amount of support for one team.

It should be noted that of Houston’s four ESPN votes of confidence to reach the third weekend, three came from professional basketball analytics-knowers John Gasaway, Paul Sabin and Seth Walder (the other came from esteemed broadcaster Robert Lee). That jibes with BPI’s data on Houston — the No. 5 seed Cougars have the sixth-best probability in the entire field to reach the Final Four, per BPI (26.1%), slightly better than Arizona’s Final Four probability (25.2%) and the best of any non-1 or 2-seed.

The Midwest was the third of four regions where the most popular ESPN selection was the No. 1 seed, as Kansas (27 picks) was the consensus favorite, followed by red-hot 5-seed Iowa (15 picks), 2-seed Auburn (11 picks) and a solitary pick for Wisconsin from ESPN college football and hoops writer and possible Johnny Davis appreciator David Hale.

BPI also loves Kansas, giving the Jayhawks a 30.9% chance of reaching New Orleans — second to only Gonzaga in probability. Auburn (26.5%) has the second-best Final Four probability in the region, and BPI was not quite as bullish as ESPN respondents on the chances of the Hawkeyes (no second-weekend trips this millennium) reaching the third weekend (21%). Wisconsin (4.2%) has the longest Final Four odds of any 3-seed.

A total of 23 ESPN respondents picked Gonzaga to win the 2022 national championship — which would be the school’s first — a response that aligns with the Zags’ BPI-best 23.5% probability of winning the title. But while the BPI metrics actually like Gonzaga more than they did on the eve of the 2021 tournament (Gonzaga was an oh-so-slightly worse 23.4% to win the title at this time last year), the program’s human support from our ESPN panel has eroded a bit.

Brackets are open! Head to Men’s Tournament Challenge and fill out your bracket now!

Roughly 75% of ESPN respondents picked Gonzaga to win the title last season — this season the number was less than 50%. A high level of support exists for Arizona (15 picks), with multiple championship picks for the likes of Kansas (4 picks), Kentucky (3 picks), Houston (3 picks), Purdue (2 picks) and Tennessee (2 picks).

Another word about 5th-seeded Houston: Despite being a 5-seed that endured major injuries this season, the AAC champs are second to only the Zags in BPI odds to win the title (10.4%) — hence the support from our aforementioned basketball analytics professionals.

A look at the Final Four and championship picks of all 54 ESPN respondents: