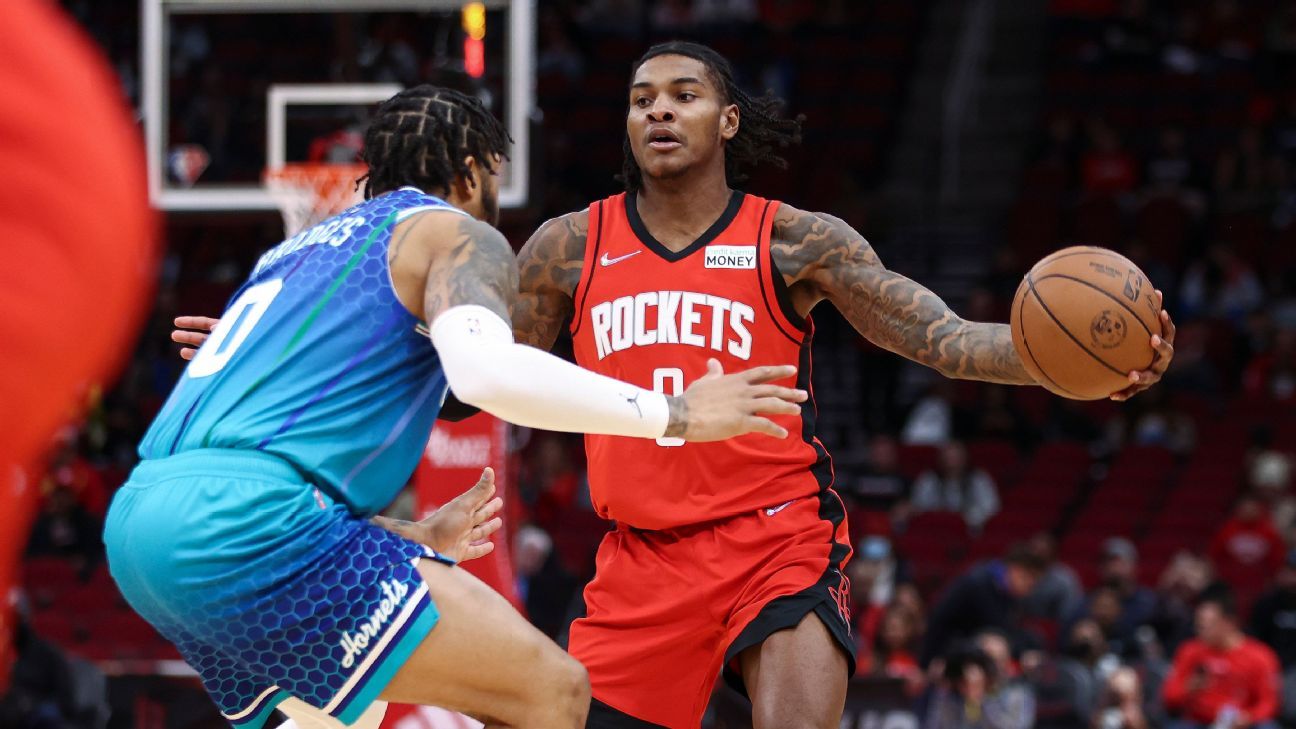 Working the waiver wire is pivotal to succeeding in fantasy basketball. With so many games, injuries and endless shifts in rotations throughout the marathon campaign, we’ll need to source stats from free agency to maximize imaginary rosters.

A willingness to entertain competition for the last few spots on your fantasy hoops roster can prove rewarding. When curating this fluid collective of statistical contributors, it helps to consider your end-of-bench players in direct competition with the talent floating in free agency.

The goal of this weekly series is to identify players at each position available in free agency in around a quarter of ESPN leagues. Some nominations are specialists capable of helping in one or two categories, while others deliver more diverse and important statistical offerings. In the breakdowns below, I’ve ordered players at each position with the priority of acquisition in mind, rather than roster percentage in ESPN leagues.

Davion Mitchell, Sacramento Kings (Rostered in 18.3% of ESPN leagues): Gaining traction as one of the most-added players of the past week, Mitchell has surged statistically in the wake of injuries to Domantas Sabonis and De’Aaron Fox. With at least 22 points and seven dimes in three straight outings, Mitchell has league-winning upside for the final weeks of the season.

Kevin Porter Jr., Houston Rockets (70.3%): If “KPJ” is still floating in free agency in your format, it’s time to acquire the versatile playmaker for the stretch run. While his scoring has dipped recently, a stellar assist rate supports immense fantasy impact for the USC product.

Alex Caruso, Chicago Bulls (26.0%): Sometimes we need to look at the sum of statistical contributions and not get stuck on modest scoring results. As with Porter, you’ll need to accept modest scoring form Caruso to net his strong assist, rebounding and defensive rates.

Bruce Brown, Brooklyn Nets (32.6%): As the resident “glue guy” for the Nets, Brown does a little bit of everything. Think of him as the guard version of a Swiss army knife; a unique blend of steals, blocks, boards and dimes.

Donte DiVincenzo, Sacramento Kings (37.9%): Posting at least eight rebounds or eight dimes in three of his past four games, DiVincenzo is doing the Villanova name proud with some versatile contributions as Sacramento’s sixth man.

Alec Burks gets the basket plus the foul

Will Barton, Denver Nuggets (58.2%): Serving as a key complementary creator next to Nikola Jokic, Barton benefits from the team not having much backcourt depth. Some solid recent lines suggest Barton could be warming up just in time for the decisive final weeks of the fantasy campaign.

Terance Mann, LA Clippers (21.9%): While his role and minutes can fluctuate on a Clippers roster that is somehow still deep even after a wave of perimeter injuries, Mann has upped his passing and scoring production enough to merit trust through the occasional dip.

Marvin Bagley III, Detroit Pistons (53.3%): His value is somewhat dependent on how often the team plays Jerami Grant down the stretch, but Bagley has proved to be a must-start option whenever Grant does rest. With two massive scoring games under his belt over the past week, Bagley is warming up.

Robert Covington, LA Clippers (59.9%): Seven blocks in his past three games reveals just how valuable Covington can prove even when his shot isn’t falling. Averaging just enough burn to support his elite defensive rates, Covington is an ideal addition for those in need of defensive pop in category and roto formats.

The 2022 fantasy baseball game is live! Get the gang back together, or start a brand new tradition.
Join or start a league for free >>

Lauri Markkanen, Cleveland Cavaliers (54.9%): He doesn’t add much defensively, yet there’s enough shooting and scoring volume here to merit interest in Markkanen. This is especially true given he’s playing heavy minutes for a team chasing wins, as such cost certainty becomes rare in these final weeks.

Isaiah Stewart, Detroit Pistons (62.1%): “Beef Stew” has been empowered to start lofting corner 3-pointers, and the results include him sinking a career-high two from deep on Sunday afternoon in a loss to the Knicks. Great rebounding rates drive much of his value, but respectable rim protection is also key to his profile.

Steven Adams, Memphis Grizzlies (54.5%): The Grizzlies are getting some great games from Adams recently, as he has upped his rim protection rates and remains one of the league’s top rebounders.

Previous post A simple diagnostic tool for gastrointestinal disorders: Inspired by an ancient technology, engineers design a sensor that can measure pressure inside the digestive tract