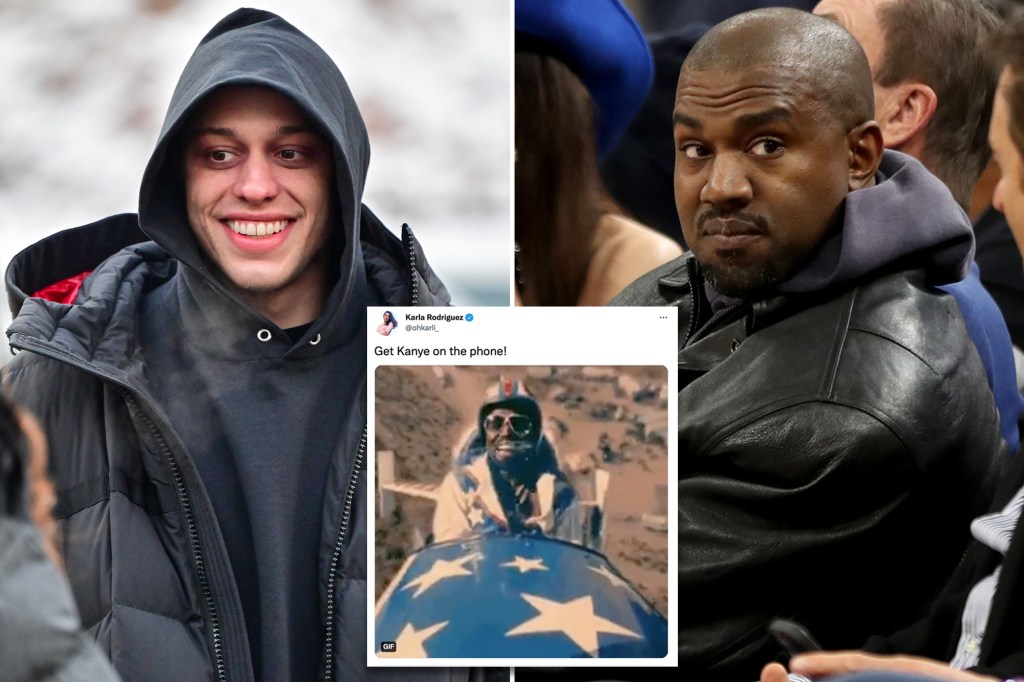 The 28-year-old “Saturday Night Live” star had originally been slated to take off with Jeff Bezos’ aerospace firm on a low-Earth-orbit flight on March 23. However, Blue Origin recently announced it would be postponing the flight until later this month, which conflicted with the star’s schedule. While a specific reason was never noted, the date change forced Davidson to abort his maiden space flight.

“Blue Origin’s 20th flight of New Shepard has shifted to Tuesday, March 29,” the company wrote. “Pete Davidson is no longer able to join the NS-20 crew on this mission.”

It added, “We will announce the sixth crew member in the coming days.” 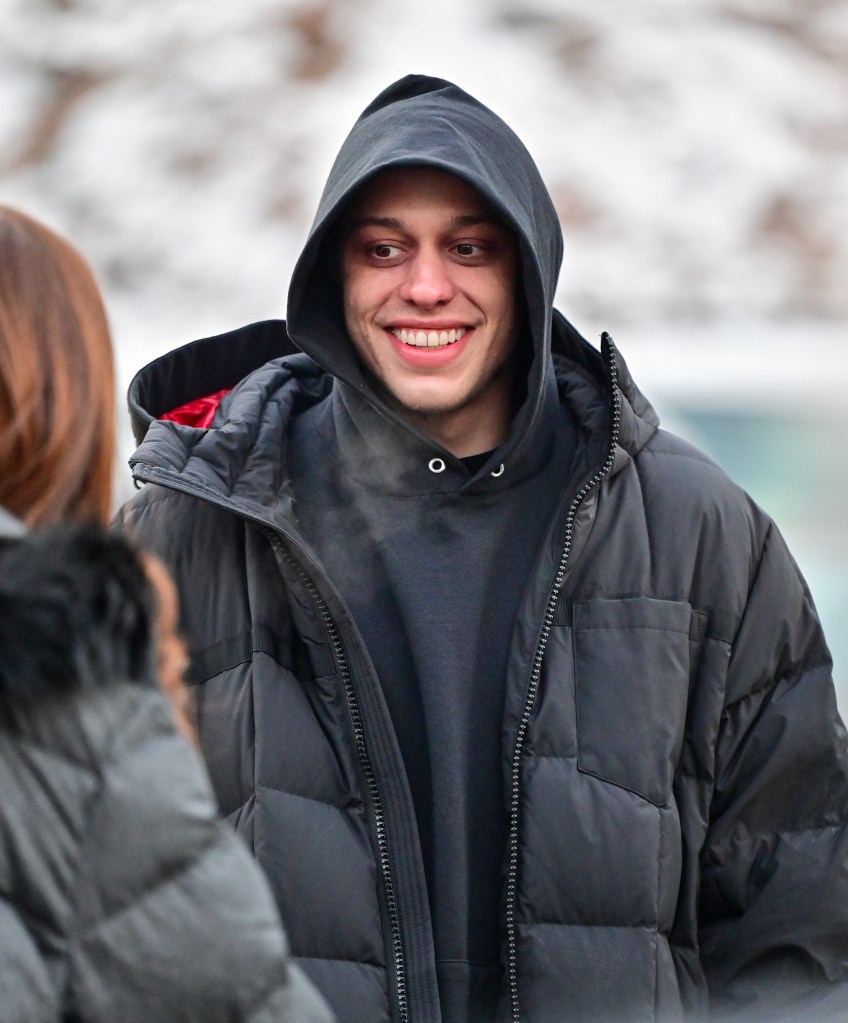 Geekwire editor Alan Boyle shared a story about Davidson’s grounding with the comment: “I wonder if @kanyewest is available…”GC Images

Social media was quick to propose that West, 44, take his spot.

Geekwire editor Alan Boyle shared a story about Davidson’s grounding with the comment: “I wonder if @kanyewest is available…”

“Take @kanyewest instead thanks,” added Austin Braun from Ascend Engineering. 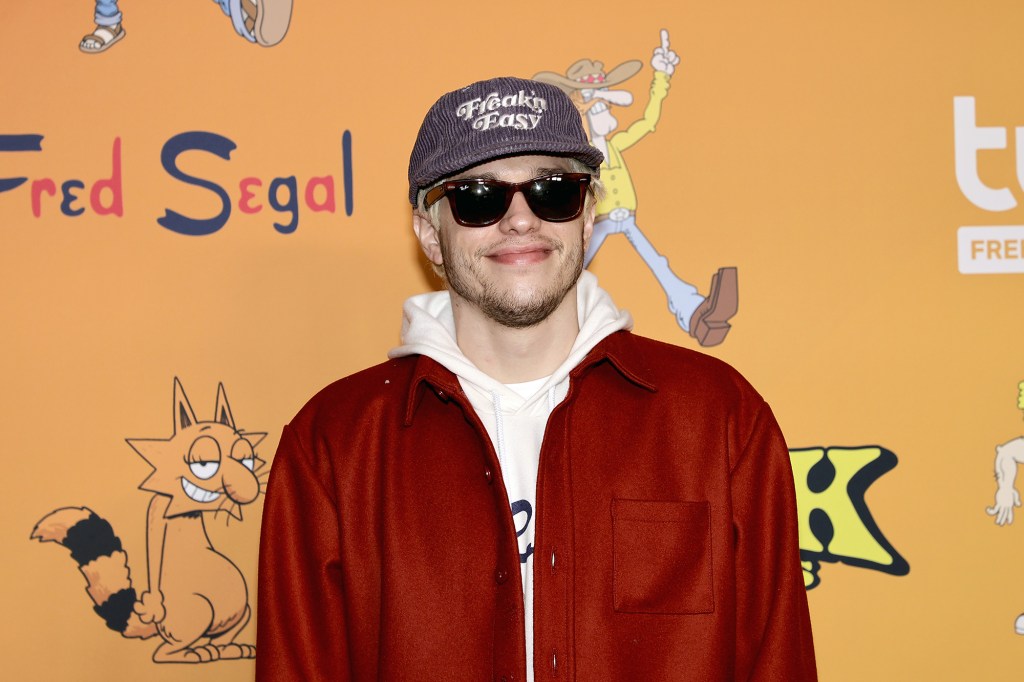 It’s unlikely that this idea will actually achieve liftoff. Either way, the cancellation marks a major blow for Davidson, who, if he had embarked on the voyage, would’ve joined a rarefied circle of celebrities who went to space with Blue Origin, including Michael Strahan, William Shatner and even Bezos himself.

Earlier this month, Page Six was the first to report that Davidson had aspirations to head off the planet, while the comic and his girlfriend Kim Kardashian were spotted at Bezos’ Los Angeles compound in January.

“Pete is excited,” a Davidson source said at the time. “They haven’t signed a contract yet, but it looks like it’s going to happen.”

Blue Origin announced that Pete Davidson was pulling out of its upcoming space voyage.

No word as to how pulling the plug will affect the ongoing Davidson-West beef, which began after the Staten Island native started dating the rapper’s reality star wife this past fall.

Since then, West has repeatedly slammed the funnyman on Instagram, and even released a controversial music video in which he abducts and beheads Davidson’s Claymation doppelganger. 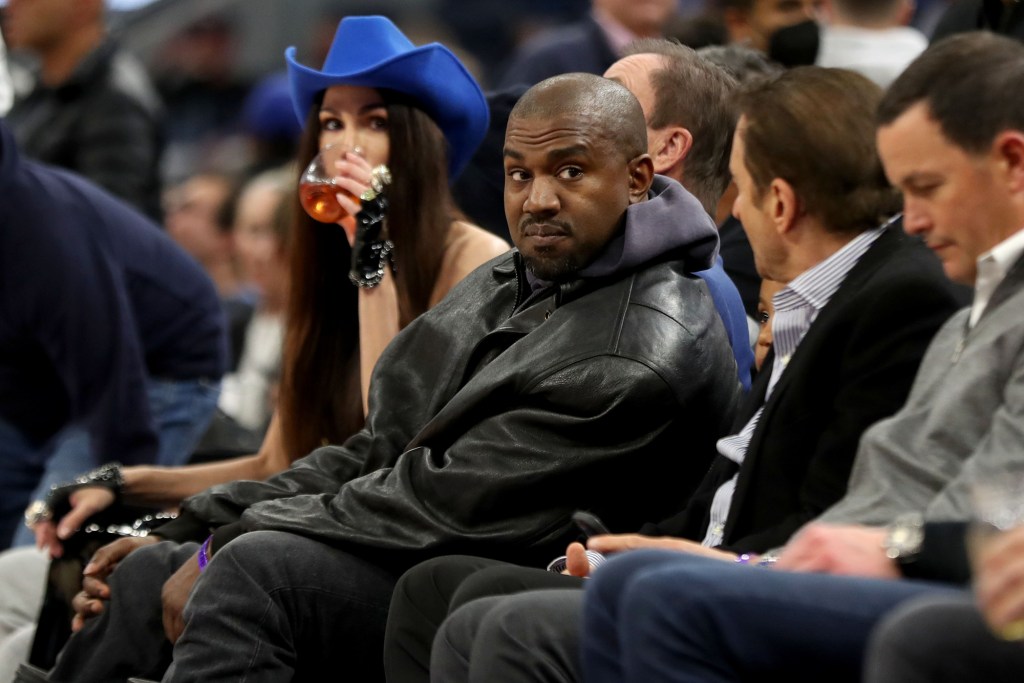 Kanye West talks with Golden State Warriors co-owner Peter Guber during the game against the Boston Celtics in the third quarter at Chase Center in San Francisco, Calif., on Wednesday, March 16, 2022. MediaNews Group via Getty Images

The spat really gained steam last week after Davidson shared screenshots of a text war he reportedly had with the Grammy winner.

At one point, West had asked, “Where are you right now?” “In bed with your wife,” Davidson replied alongside a selfie of himself under the covers.

Meanwhile on Wednesday, the hip-hopper was booted from Instagram for 24 hours after going after Kardashian, Davidson and Trevor Noah on the social media platform. 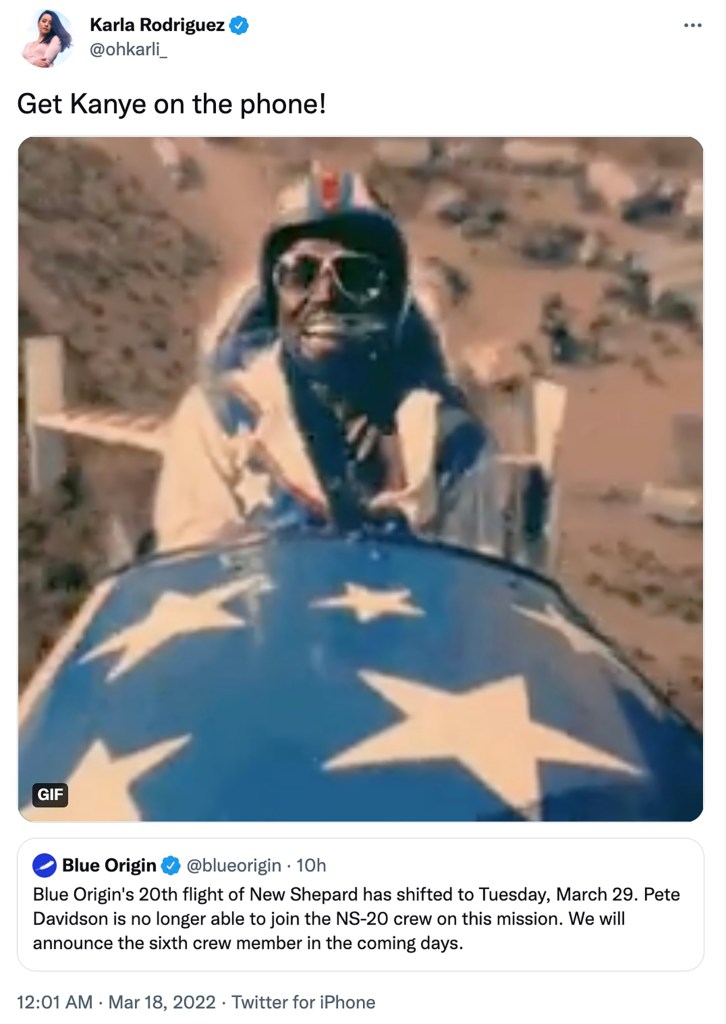 Despite the frequent online harassment, West’s ex Julia Fox claims the “I Thought About Killing You” singer doesn’t pose a threat to either Kardashian or Davidson.

“Kanye’s harmless. I just think that’s his artistic creative expression,” the “Uncut Gems” actress insisted regarding West’s social media salvos. “I know it’s aggressive, but I think if it really came down to it, I don’t think Kanye would hurt a fly.”