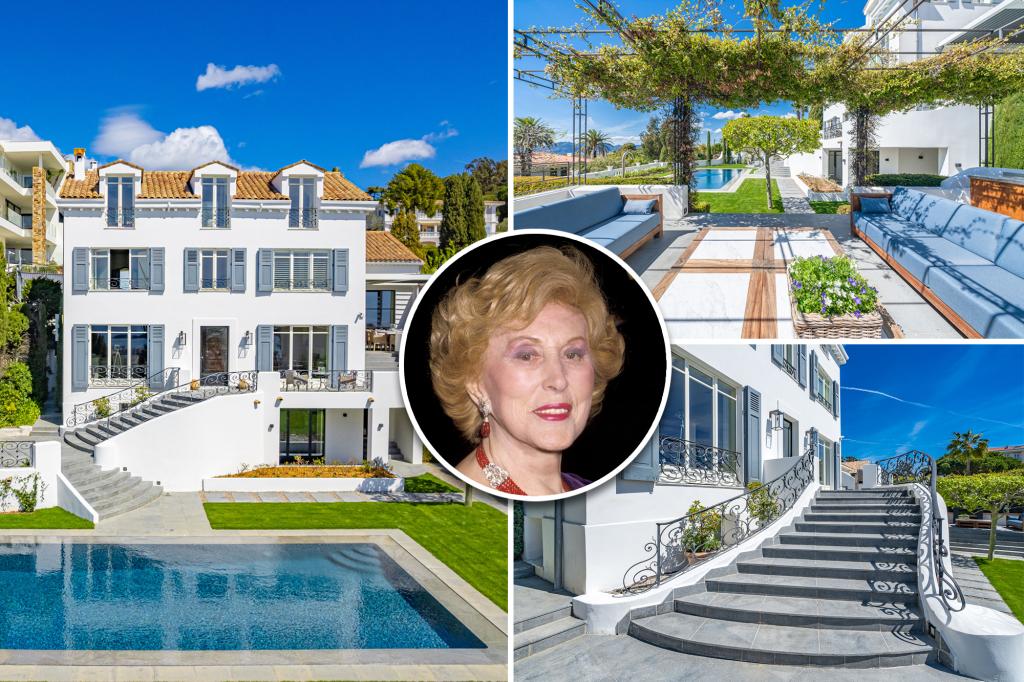 It’s the south of France villa where cosmetics entrepreneur Estée Lauder spent her summers, and now, it can be your vacation spot, too.

You can’t make this stuff up!

Lauder’s former home in the swanky seaside city of Cannes recently hit the market for approximately $9.25 million, when converted to US dollars. The Wall Street Journal first reported the listing.

The elegant Belle Epoque-style property was built in the 1920s, according to the listing agent Jack Harris, a partner with brokerage Knight Frank.

It has a façade with quintessentially French blue shutters and iron banisters at the entry.

Located in Cannes Californie, one of the most desirable neighborhoods in town, it’s a 15-minute walk or less from the beach, the famous beachfront Promenade de la Croisette and top restaurants and designer stores. 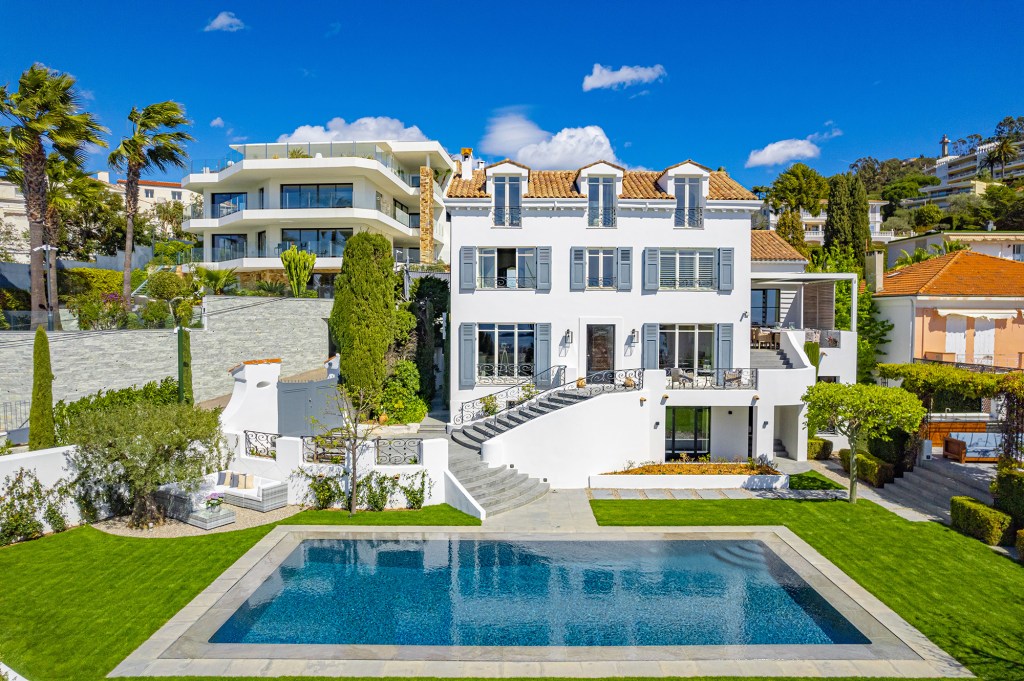 The 4,300-square-foot estate was built in the 1920s.Courtesy of Knight Frank 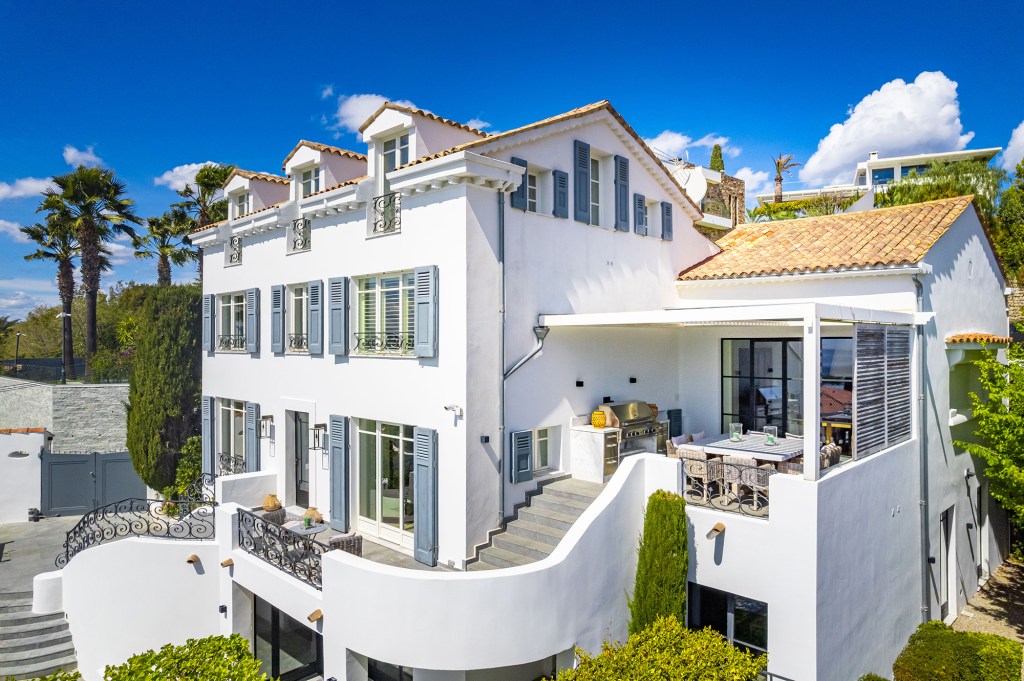 It has six bedrooms and six bathrooms.Courtesy of Knight Frank 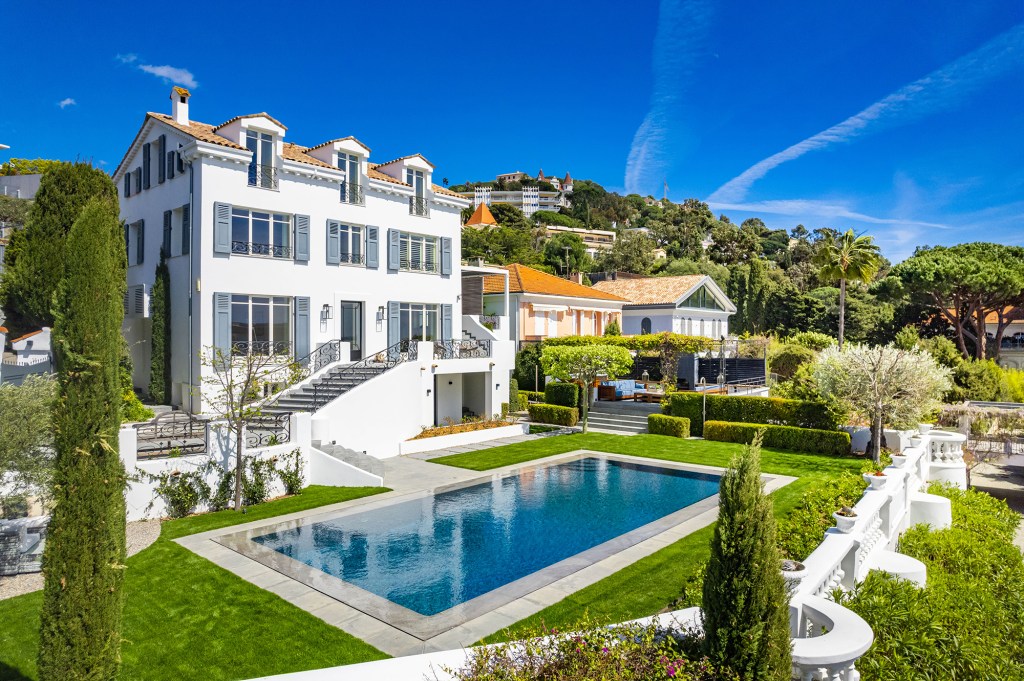 But the home is really all about outdoor entertaining. Courtesy of Knight Frank 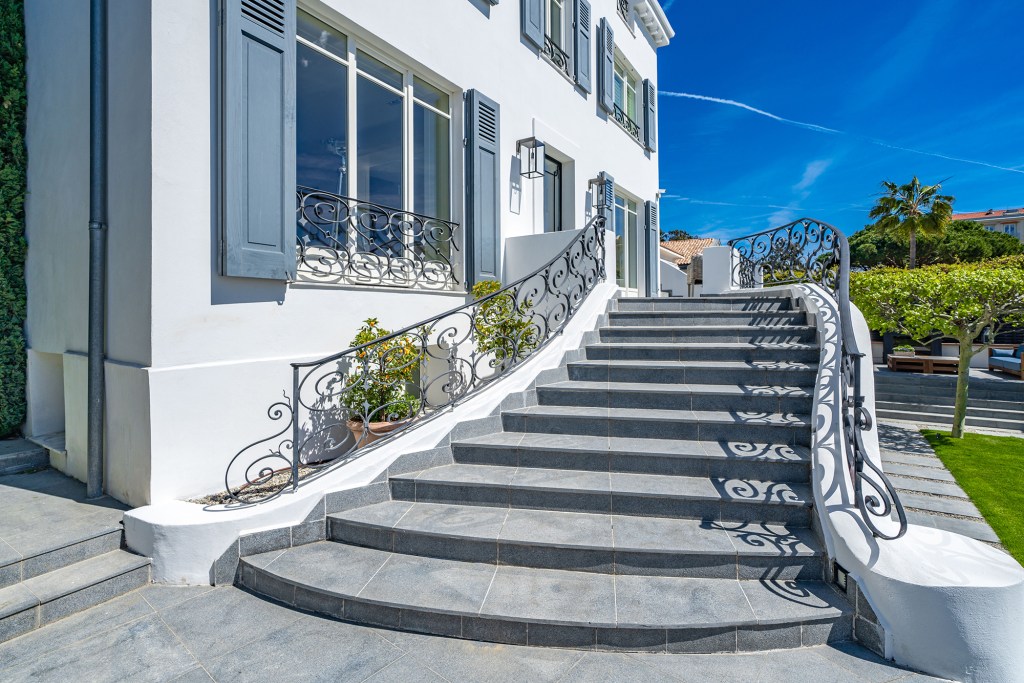 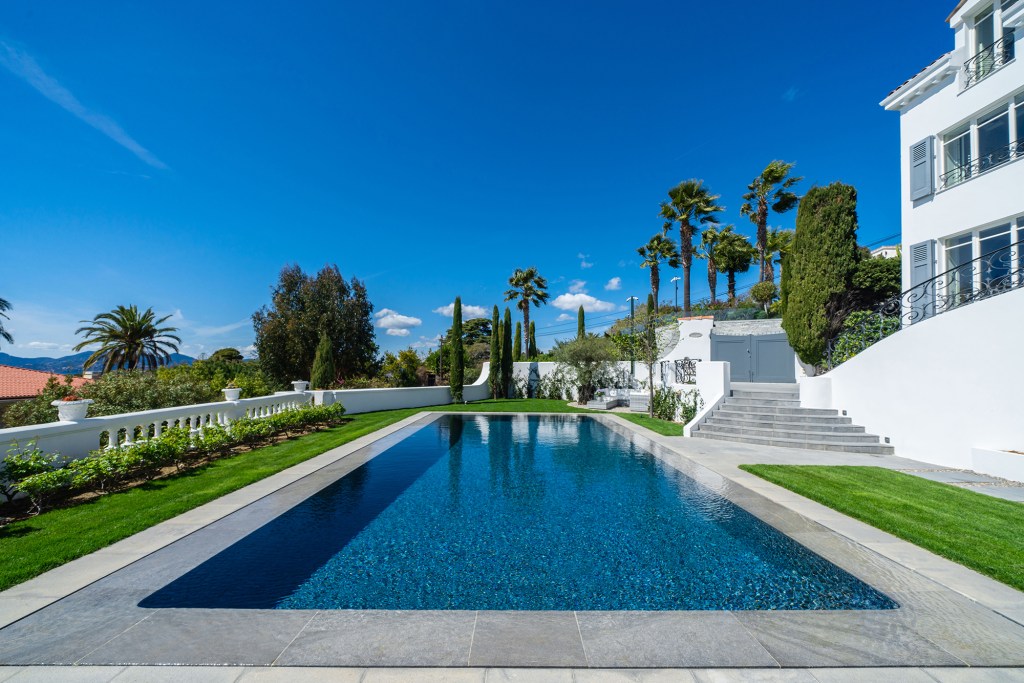 An estate like this is a great way to make a splash in the local social scene.Courtesy of Knight Frank 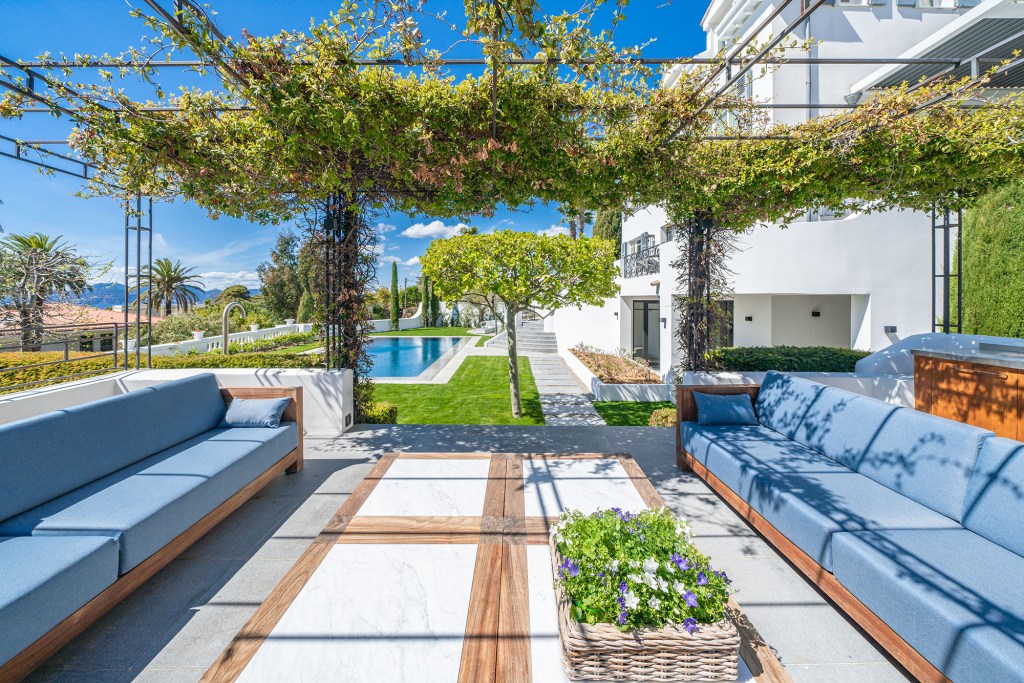 The estate’s broker says that the grounds are super low-maintenance. Courtesy of Knight Frank

In her biography, “Estée: A Success Story,” Lauder called the villa her favorite home. She bought the home when it was new, but it’s not clear how long she lived there.

Harris says that the current owner moved in sometime in 2014 or 2015 and fully renovated it with high-speed Wi-Fi and modern bathrooms and plumbing. They continued to invest heavily in the home’s upkeep over the years.

It’s not hard to see why the villa was so beloved to Lauder. Harris says that it offers attractive views of the Mediterranean Sea, Bay of Cannes and the Esterel Mountains. “The daytime panoramas are fantastic, but the sunsets over the mountains are a sight to be seen,” he says.

The more than 4,300 square feet of interiors also have an abundance of natural light, six bedrooms, sex bathrooms — all with marble floors — and three reception rooms for entertaining. His and hers bathrooms are a feature in the primary bedroom.

Outside, there’s a swimming pool, a large terrace as well as several smaller ones, a kitchen and a separate studio apartment with a kitchen.

Harris says that while the manse is imposing and impressive, it’s a home first and foremost and very comfortable.

“Yes, it’s grand, but it’s low maintenance, which is rare with properties of this nature,” he said. “There are no acres of grounds with mature trees or vast lawns that you constantly need to tend do. You can simply lock it up and leave for the season.”

Previous post Behind the sale of Bill Russell’s prized memorabilia