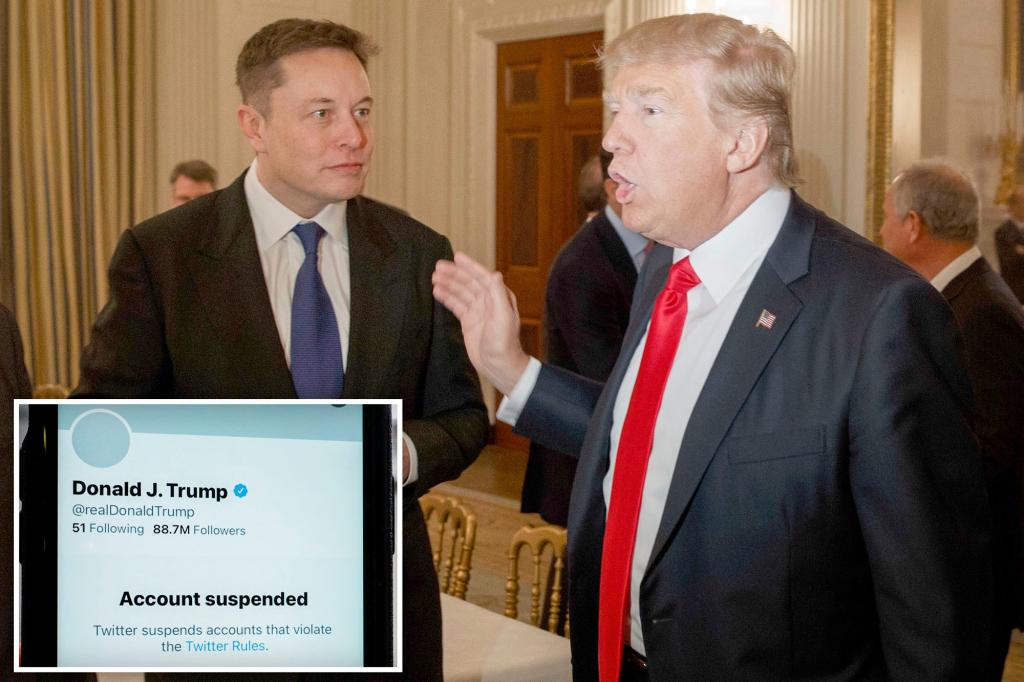 Elon Musk said he would reverse Twitter’s ban on former President Donald Trump once he officially takes over the social media platform.

The Tesla tycoon, whose $44 billion takeover bid was accepted by Twitter’s board of directors last month, made the comment Tuesday during an interview with Financial Times.

“Permanent bans should be extremely rare and really reserved for accounts that are bots, or scam, spam accounts … I do think it was not correct to ban Donald Trump,” Musk said.

“I think that was a mistake, because it alienated a large part of the country and did not ultimately result in Donald Trump not having a voice.”

Trump was removed from Twitter and other large social media platforms after the events at the US Capitol on Jan. 6, 2021. 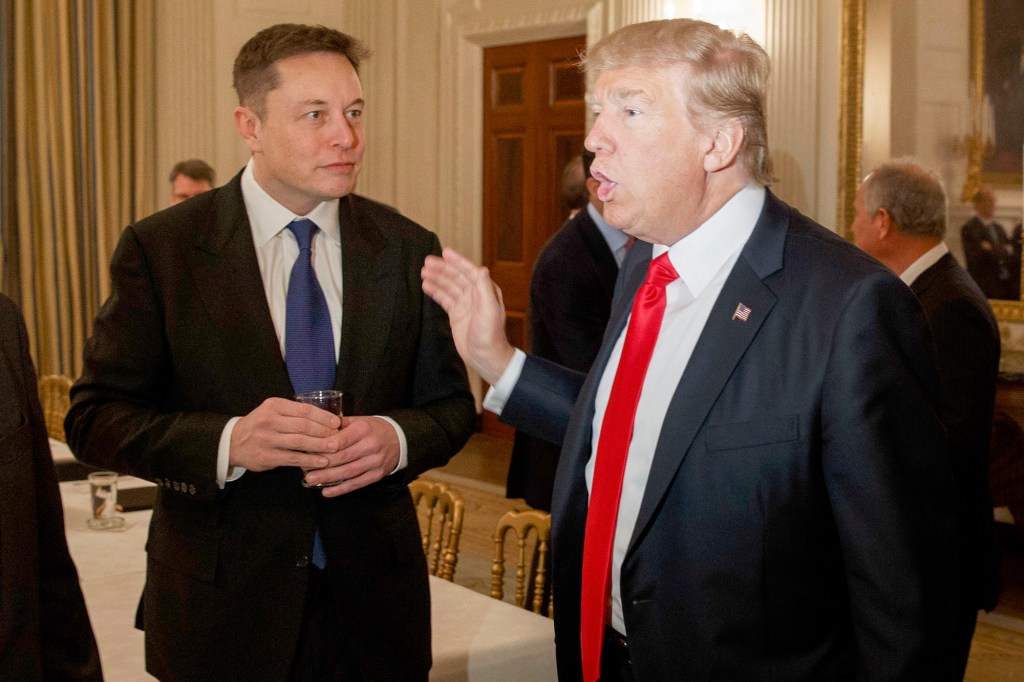 Trump talks with Musk during a meeting with business leaders in the State Dining Room of the White House in Feb. 2017.AP

The then-president was accused of inciting his supporters to riot at the Capitol while Congress was in session to officially certify President-elect Joe Biden’s Electoral College victory.

Musk’s statement on Tuesday is confirmation of earlier reports that he vehemently opposed Twitter’s decision to bar the 45th president from its platform.

Jared Birchall, Musk’s top assistant, who has been described as the “point man” for the Tesla CEO’s $44 billion takeover bid of Twitter, told an associate that the idea of banning a sitting president from Twitter was “insane,” according to the Wall Street Journal. 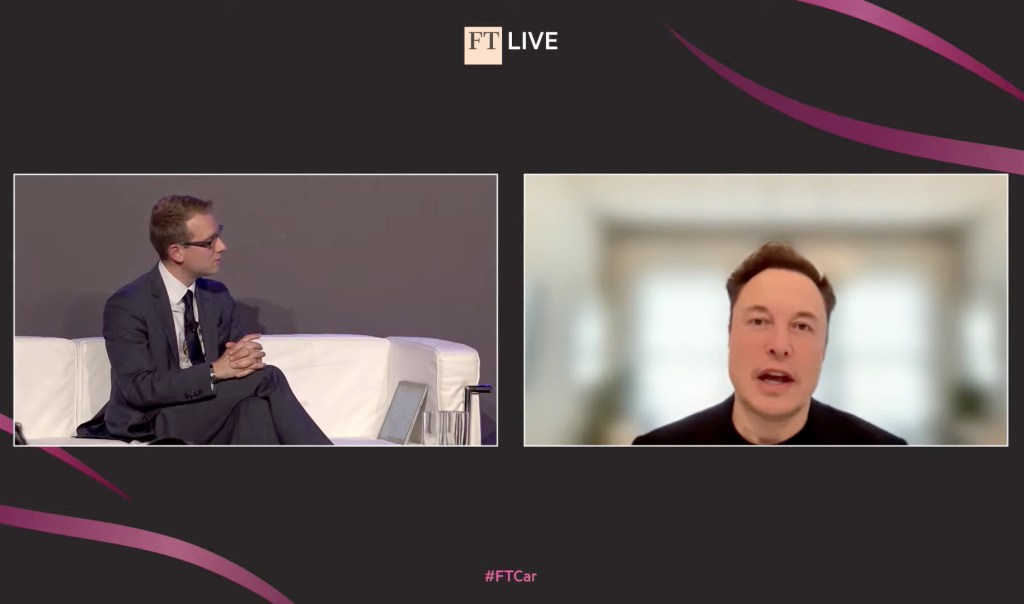 Musk made the comments during an interview with the Financial Times. FT.com 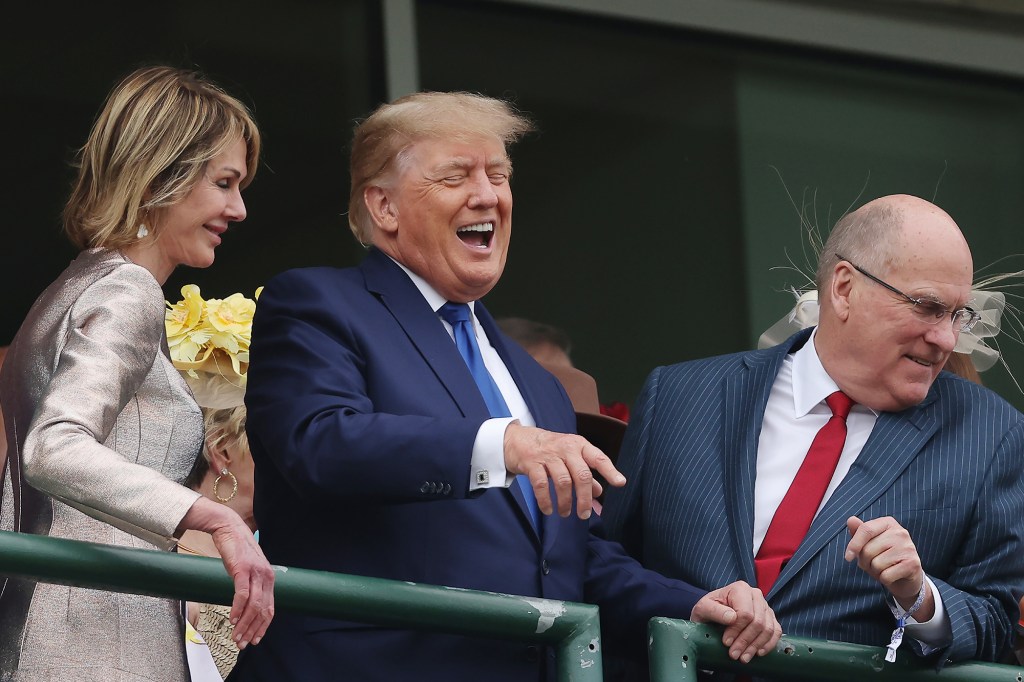 Trump was removed from Twitter and other social media platforms following the events at the US Capitol on Jan. 6, 2021.Getty Images

Musk reportedly “remains dismayed” that Trump is still not permitted to tweet, according to the paper, which cited unnamed sources close to the situation.

Trump, for his part, has vowed not to return to Twitter, instead touting his own social media platform, Truth Social. Musk, in a rare public reference to the situation last month, said Truth Social is due for a name change. 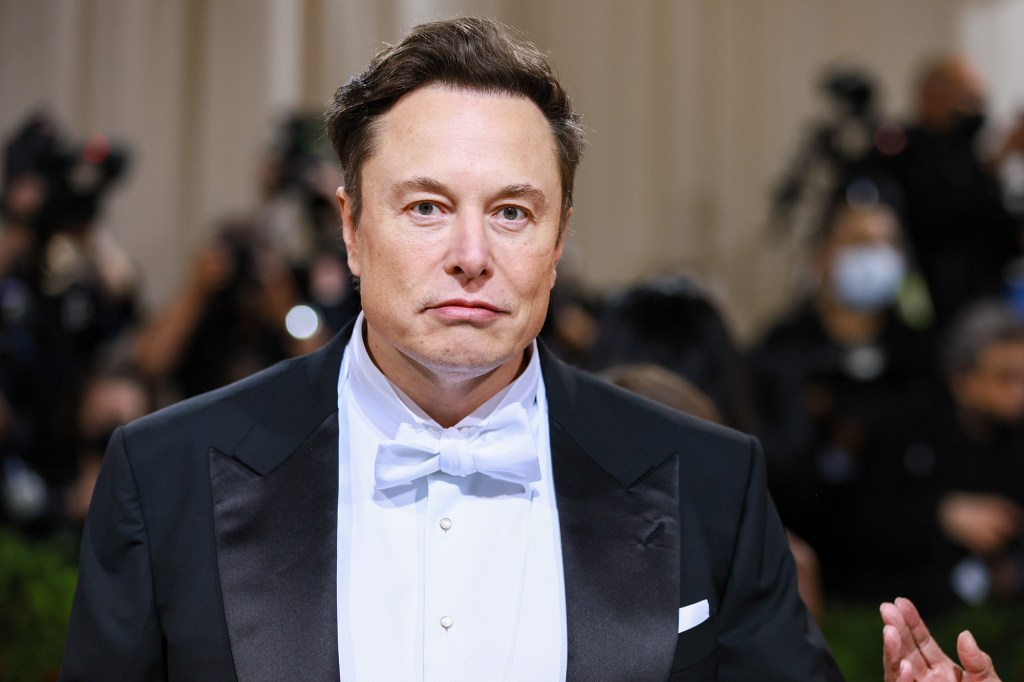 Elon Musk says he would reverse President Donald Trump’s Twitter ban once he takes over the social media platform.WireImage

Twitter’s decision to ban Trump was a key point of disagreement between Musk and then-CEO Jack Dorsey.

Dorsey was initially opposed to removing Trump from Twitter, but came around to the idea after reaching the conclusion that the former president violated the service’s terms of usage, according to the Journal. 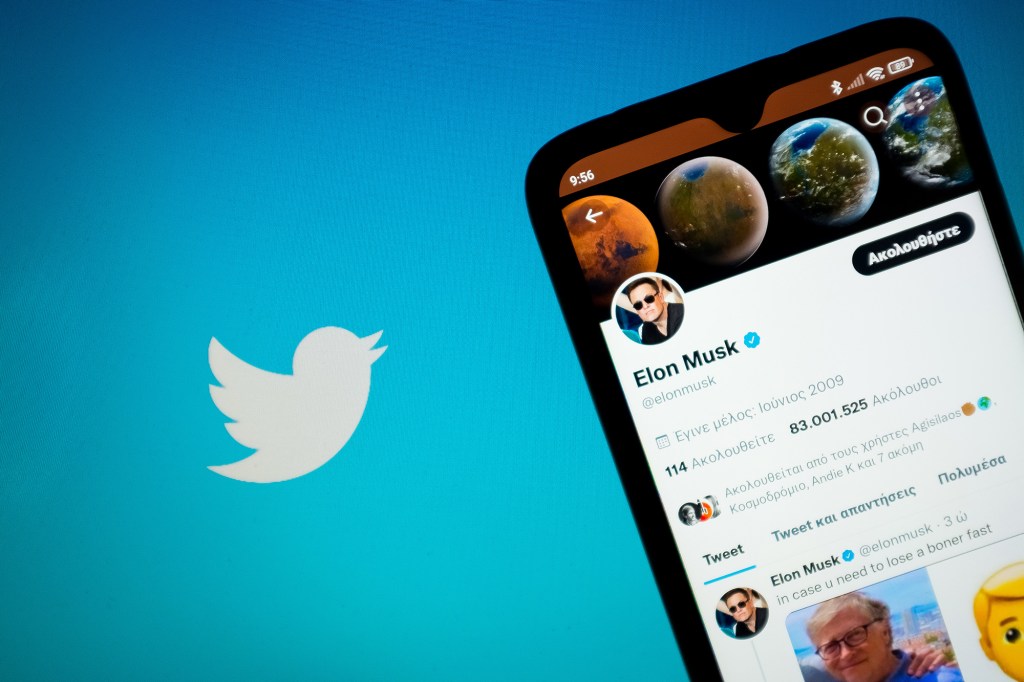 Musk’s $44 billion takeover bid was accepted by Twitter’s board of directors last month.NurPhoto via Getty Images

Nonetheless, Dorsey and Musk remained on friendly terms and maintained a dialogue, according to the paper.

Dorsey, the Twitter co-founder who stepped down as CEO last year, has endorsed Musk’s imminent purchase of the company, saying the world’s richest man is a “singular solution” for the San Francisco-based firm.

The Journal also reported that Musk mused about possibly buying Twitter earlier this year after speaking to the CEO of the Babylon Bee.

The Bee ran a satirical news story awarding Levine its honors as “man of the year,” prompting Twitter to impose the ban.

Dillon told the Journal that after he confirmed to him that the Bee was indeed removed from the site, Musk floated the possibility of buying Twitter.