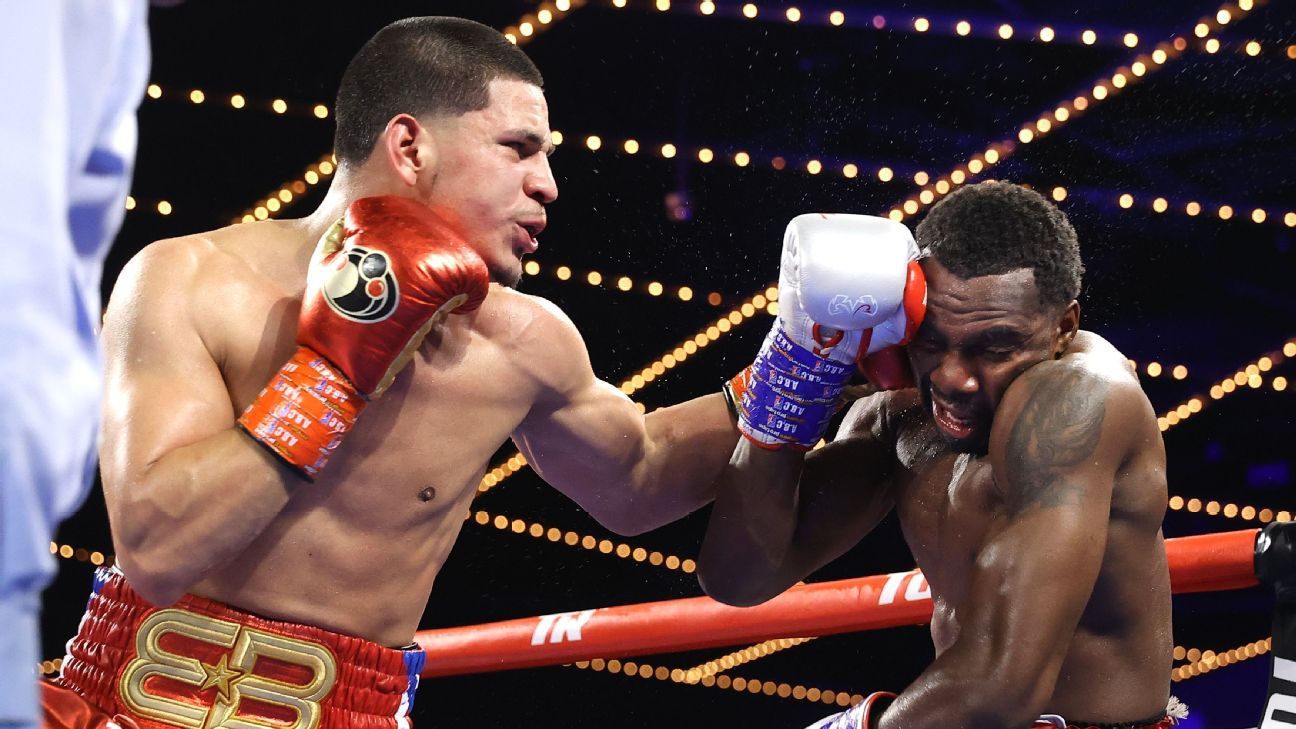 Boxers Edgar Berlanga and Xander Zayas both remained undefeated Saturday in New York, but their decision victories leave them on very different paths.

For Zayas, it’s another step in his development. At just 19, he appears to improve in each and every fight, and his performance against Quincy LaVallais was no different.

Berlanga, on the other hand, was attempting to shake off the disappointment of his October victory over Marcelo Esteban Coceres. Instead, there remains plenty of doubt about just how far Berlanga can go after his win over Steve Rolls.

Here’s what we learned from Saturday night’s fights:

After building a reputation as a knockout artist, Berlanga’s recent slide continued with a second consecutive lethargic effort. He earned another 10-round unanimous-decision victory at 168 pounds. Unlike his fight in October, Berlanga was never knocked down or in any trouble, but he still failed to impress — and this time, it happened on an even bigger stage as he headlined a Top Rank on ESPN card at the Hulu Theater at Madison Square Garden.

The issues were plentiful for Berlanga. Rolls used his legs to box from the outside, presenting a moving target, and Berlanga didn’t effectively cut off the ring. Instead, he plodded around a step too slow as he followed Rolls.

When Berlanga was in position to attack, he often did so without the same confidence that led him to 16 first-round KOs in his first 16 fights. That version of Berlanga winged haymakers with no regard for his own safety.

In his first bout following both the knockdown and a surgery to repair a torn biceps, Berlanga seemed to hesitate when throwing his patented power shots.

He never unleashed with reckless abandon and never threatened to put Rolls away. A fighter hyped up as a KO machine now seems anything but.

Berlanga is just 24 years old and remains raw. He has boxed just 44 rounds in the pros, and there’s still time to progress and refine his tools. But the issue is that he’s already an attraction, and fighting in the main event means better opposition.

Berlanga surely isn’t ready for anyone in the top 10 in the division, and even a gatekeeper might be too much. Berlanga will likely be looking at someone on the level of Coceres or Rolls again, but he’s going to need a knockout soon to build his confidence back and also the hype that once surrounded him.

Zayas shines, but he’s still a work in progress

Edgar Berlanga lands a nice shot as he begins to ramp up his offense in the ninth round against Steve Rolls.

Xander Zayas is clearly a talented prospect, and it isn’t just because of his immense physical tools. Zayas fights with patience and discipline that belie his age (19) and inexperience (13 pro bouts).

Zayas (13-0, 10 KOs), of San Juan, Puerto Rico, carefully picked and placed his shots during his shutout decision victory over Quincy LaVallais. When he hurt LaVallais in Round 2, Zayas attacked aggressively but not recklessly. He made sure to mix in a few body shots, and most importantly, showed more focus on head movement.

Zayas was scheduled for eight rounds for the first time in his career and proved he had the stamina to last the distance. What else did he prove? Not much really. Against such an overmatched opponent (LaVallais was coming off a decision loss to a prospect in Nicaragua), there wasn’t much opportunity for Zayas to show off his other skills.

It was a one-sided beating from the opening bell, and LaVallais was plenty happy to absorb the punishment and survive. He rarely let his hands go, instead choosing to lay on the ropes and attempt to pick off incoming shots.

Zayas remains a work in progress, but he’s still improving. The best way for Zayas to inch closer to realizing his potential is to vastly step up his competition in his next outing.

Next post No. 1 Ohio St., UMD to meet in Frozen Four