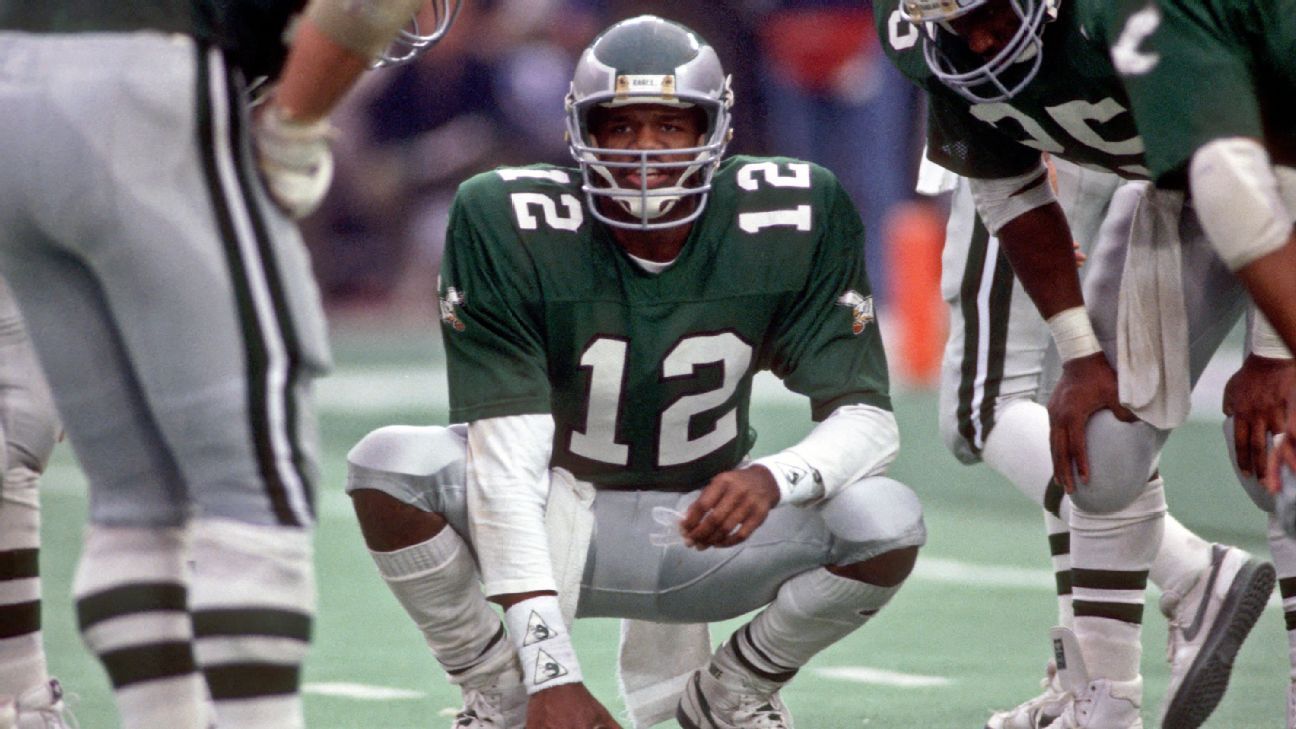 PALM BEACH, Fla. — The Philadelphia Eagles are throwing it all the way back to the days of Reggie White and Randall Cunningham, and their fans are over the moon.

Eagles owner Jeffrey Lurie announced at the league’s annual meeting Tuesday that they are bringing back the Kelly green uniforms as an alternate combination in 2023.

“It’s what we’ve wanted and we’re going to be able to introduce that for that season,” Lurie said. “It’s going to be, if you all remember the ’90s and ’80s with Randall and Reggie and Jerome [Brown] and Seth [Joyner] and Clyde [Simmons] and everybody, it’s going to be that uniform and it’s going to be as identical to what that existed as possible.”

Eagles fans on social media immediately reacted to the announcement. Fans have been clamoring for the team to reintroduce the iconic Kelly green unis, and the Eagles’ brass has been working on it behind the scenes for years. The holdup was getting helmets approved that would match up with the uniforms.

The Eagles will use an all-black alternate uniform for the 2022 season.

“… We’re going to match the black jersey with a black helmet, and that will be this coming season,” Lurie said. “Yeah, it’s true we may not be able to continue with that in ’23 once we introduce the classic Eagles green, Kelly green, but we’re going to try.”