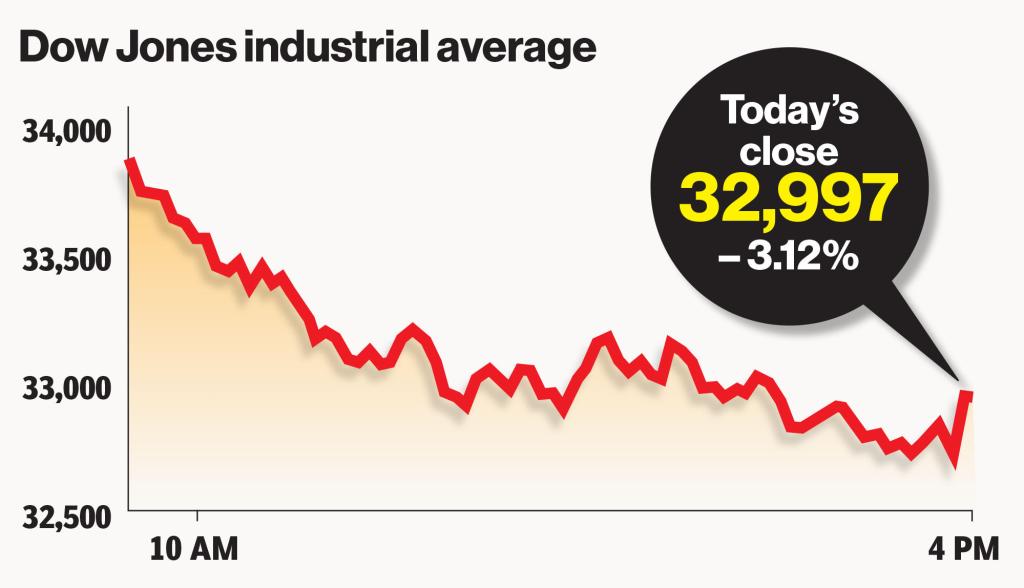 Stocks cratered in trading Thursday, logging their worst day since 2020 as Wall Street grew skittish over the Federal Reserve’s high-wire effort to combat inflation without derailing the US economy.

The brutal selloff occurred just one day after stocks had rallied, with the Dow finishing more than 900 points higher over the Federal Reserve’s move to hike interest rates by a half-percentage point, with Fed Chair Jerome Powell indicated the central bank was not considering an interest rate hike of 75 basis points, or 0.75%.

That relief, however, quickly abated on Thursday, with investors skeptical that the central bank can engineer a “soft landing” for the economy without hurting the labor market or prompting a recession.

“There’s been a lot of skepticism overall about whether or not [the Fed] can do that. Historically, the odds aren’t in their favor,” said Randy Frederick, managing director of trading and derivatives at the Schwab Center for Financial Research. 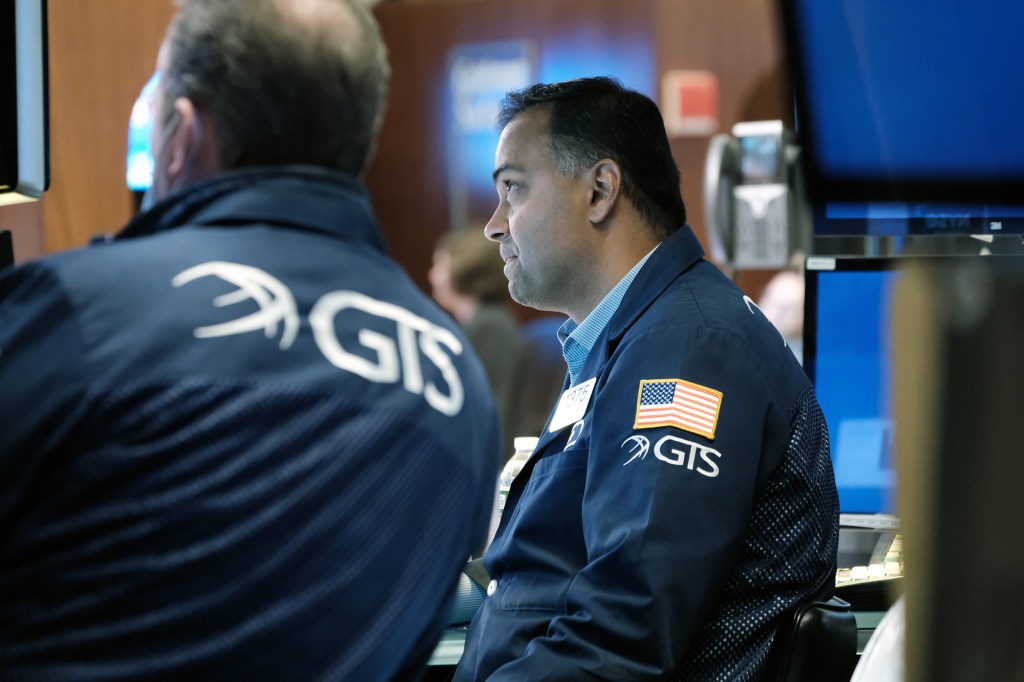 Concerns about the Fed’s difficult task added to existing overhangs on the market, such as renewed COVID-19 lockdowns in China that could further disrupt supply chains and the ongoing Russia-Ukraine war.

Several banks, including Bank of America and Goldman Sachs, have warned of a heightened risk of a recession in the coming months as the Fed moves to address inflation.

And some, including JPMorgan Chase chief Jamie Dimon, have argued the central bank waited too long to act. 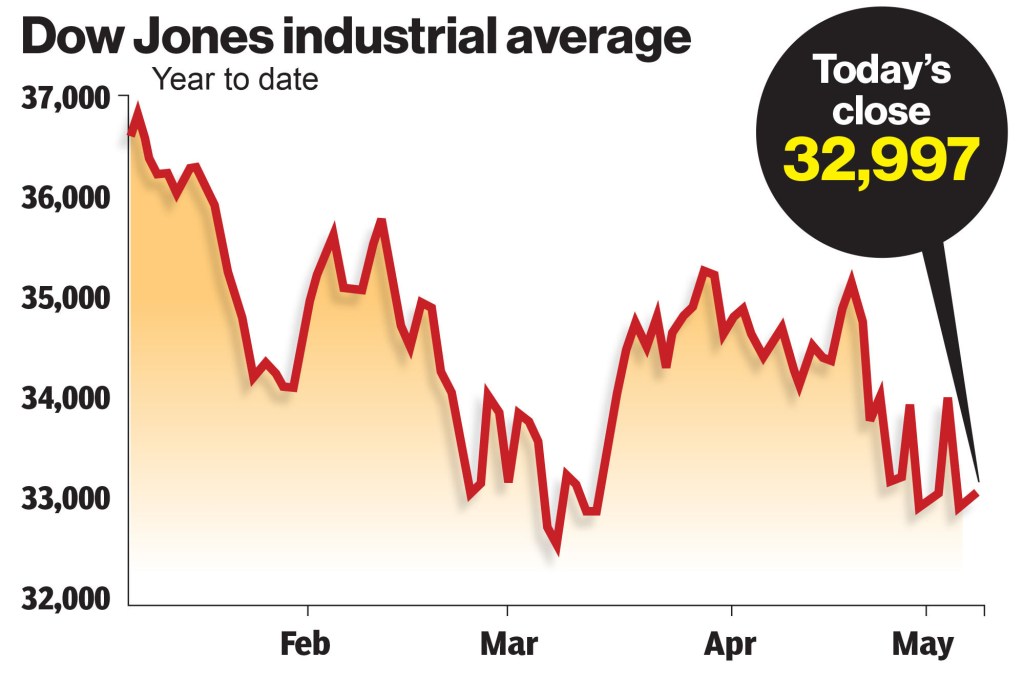 The Dow is down nearly 5,000 points since February.

While Powell’s remarks downplaying the likelihood of a larger interest rate hike triggered a “relief rally,” investors “woke up this morning and said, ‘We’re no better off than we were when we woke up yesterday,’” according to Jake Dollarhide, CEO of Longbow Asset Management.

“Interest rates are higher, there’s still a war going on in Europe, there’s still global supply chain disruptions — which is all affecting inflation. The question is, can the Fed bring inflation to a halt without destroying the economy? Right now, there’s a lot of people on the fence,” Dollarhide added.

The high-growth tech sector, seen as particularly vulnerable to rising rates after seeing blockbuster growth during the COVID-19 pandemic, was among the hardest hit, with the S&P 500’s tech sector slumping nearly 6%. 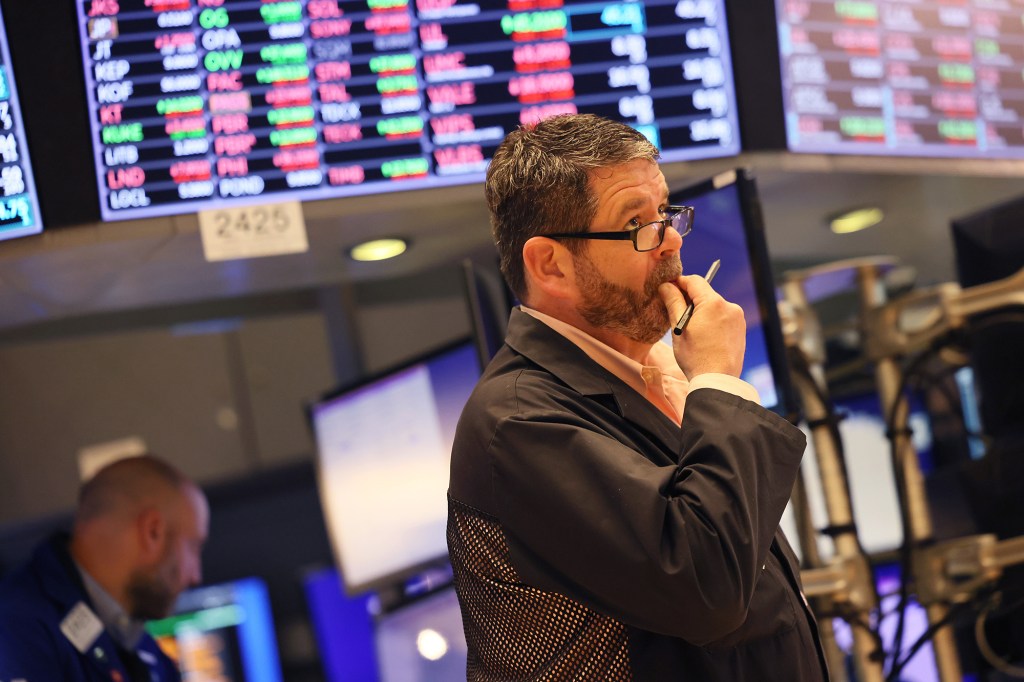 The tech sector was under intense pressure in trading Thursday.Getty Images

Frederick noted that “highly leveraged” growth stocks that flourished as investors poured in money during a period of lenient Fed policy are now faced with the prospect of their debt becoming more expensive in the months ahead.

“Higher interest rates are going to hurt them even further. The future isn’t promising for those that are indebted and have to roll over that debt at an even higher rate next time they have to refinance,” he added.

The Fed’s plan is to slow demand by making it more expensive to borrow money – a shift that comes after years of relaxed policy during the COVID-19 pandemic.

The “bond move is the bigger story” than volatility in stocks, according to Eric Freedman, chief investment officer at US Bank in Minneapolis.

“The bond market is normally a haven for investors who want to de-risk portfolios, but with an uncertain Fed, markets are not convinced they have priced in enough hikes,” Freedman said.

Shares of Twitter turned 2.7% higher after Elon Musk disclosed he has secured more than $7 billion in funding toward his takeover bid. But Tesla’s stock was trading lower following a report that Musk planned to serve as Twitter’s interim CEO when the deal closes.