We all know the famous movie quote: “Nobody puts Baby in a corner with a CGI replica of the late Patrick Swayze.”

OK, that’s not the exact phrase, but it is nonetheless a distinct — and mortifying — possibility for the forthcoming sequel to the 1987 classic “Dirty Dancing.”

Swayze, who played sexy Catskills dancer Johnny Castle and died of pancreatic cancer in 2009, could return for the sequel in a digitized form — completely unbeknownst to him, and potentially unbearable for us.

“We’re going to try to involve as many people from the original as is appropriate,” the director Jonathan Levine told Deadline from the Cannes Film Festival, adding that the production is in conversation with Swayze’s estate. “Johnny is a part of Baby’s journey in the story.”

One read of that and I can’t disguise — I’ve got ANGRY EYES!

While Levine’s exact intentions and artistic vision are unclear — he did respond to a request for comment — one can’t help but wonder if 62-year-old Jennifer Grey, who memorably played Baby in the original, will somehow preposterously be made to cha-cha with Swayze from beyond the grave. 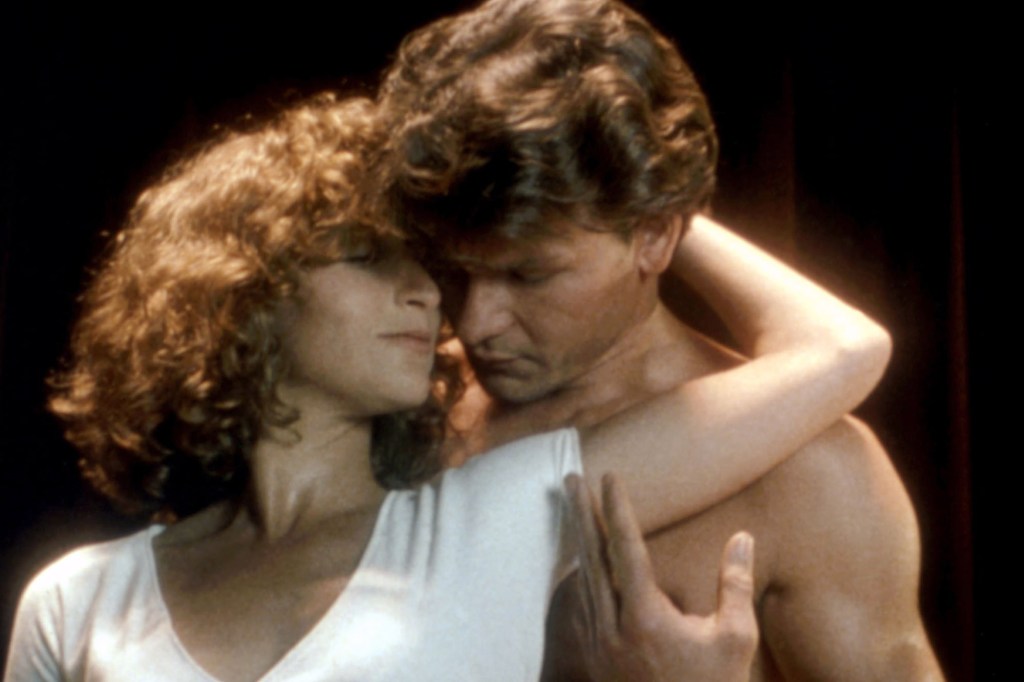 Swayze and Jennifer Grey sizzled as Baby and Johnny in 1987’s “Dirty Dancing.”©Vestron Pictures/Courtesy Ever

If the film’s plan was to simply flashback to old footage from the original — here we are balancing on a log! You’re tickling my arm! — sources say there would be little point in communicating with the estate about something so common.

“The film company owns the images,” said a producer about the archival footage.

Another entertainment big shot agrees that the way the news was delivered sounds sneaky.

“You have to wonder why, if they were going to make this kind of announcement, why they didn’t at least enlist a representative from the estate to make this statement in partnership,” said a film executive who has worked closely with Lionsgate and other studios. 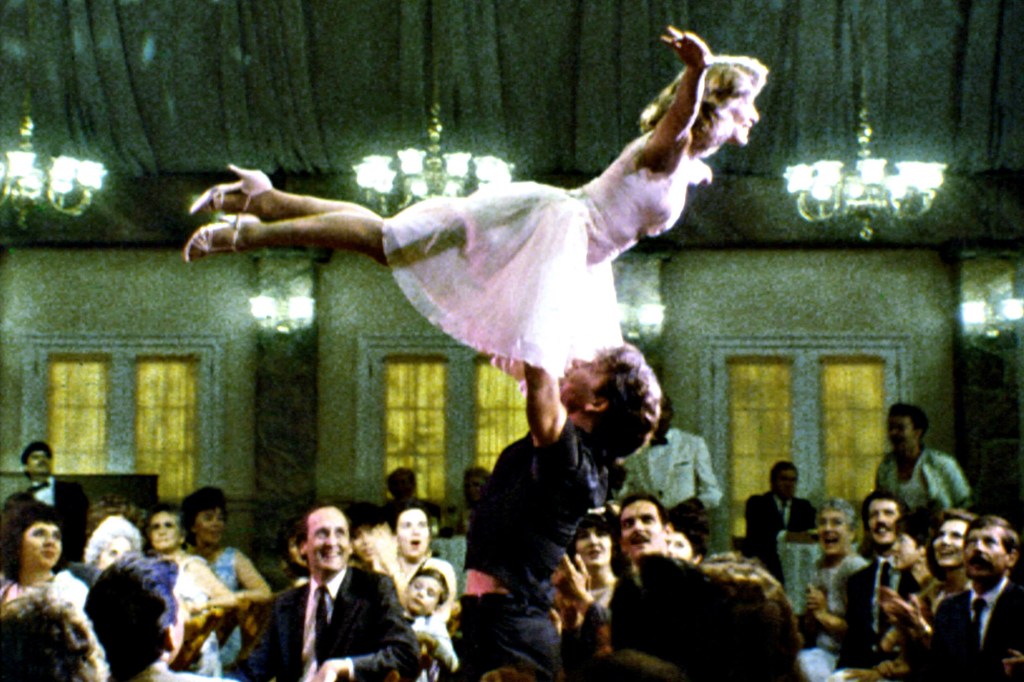 Lionsgate is in talks with the Swayze estate to incorporate the actor into a new sequel. Artisan Entertainment/ Courtesy: Everett Collection

The director’s vague niceties sound alarmingly familiar in this sad era of tech gone loco. When actor Peter Cushing was electronically exhumed to play Grand Moff Tarkin in “Rogue One: A Star Wars Story” — looking like a sullen Gumby — the visual effects supervisor told the Guardian, “this work was done with a great deal of affection and care.” What a crock.

A few years later when the “Star Wars Episode IX: The Rise of Skywalker” team awkwardly wedged in archival footage of the late Carrie Fisher in a totally new context, plopped in a forest, J.J. Abrams told The Post, “I think if she had lived, and you were to sort of squint your eyes, it would be the same movie.” No way, J.J.

We’re lectured over and over again by these dystopian funeral directors that, in turning deceased stars into 2003 screensavers, we’re in fact honoring their legacies. That the doofy doppelgängers are lasting monuments that the actors probably, maybe, kinda would have approved of. No, cynics, Hollywood isn’t making a quick buck off long-gone celebs’ names and likeness at all! 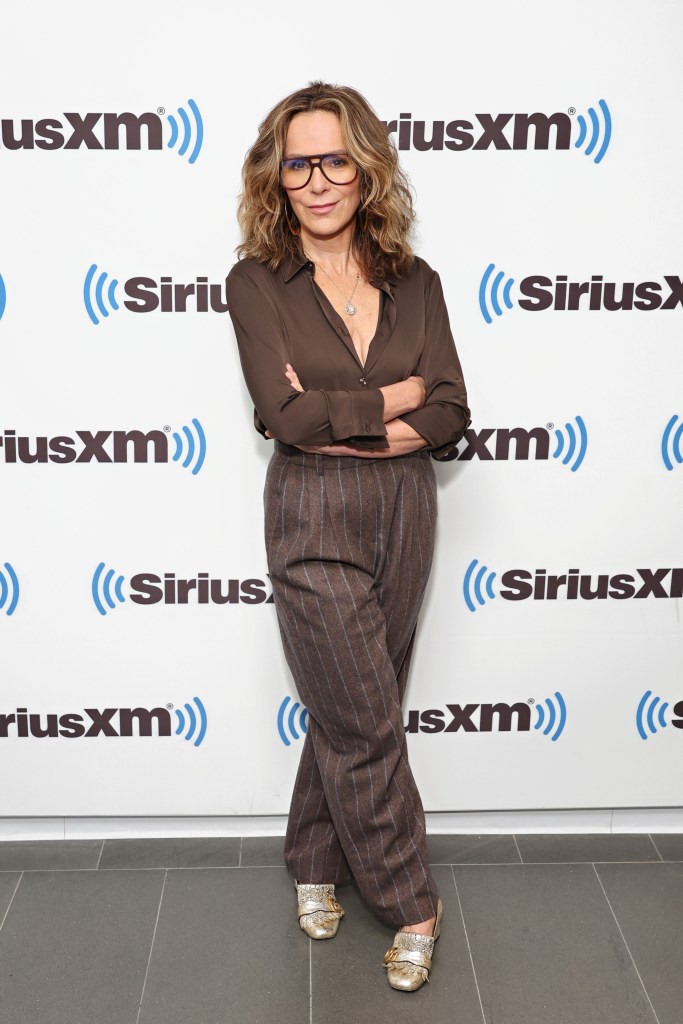 Grey, now 62, will return as Baby in the sequel to “Dirty Dancing.”Getty Images

One can only marvel at Tinseltown’s proud soullessness. Even James Dean, who died in 1955 at age 24, is said to be headed back to the big screen in the new movie “Finding Jack” thanks to sophisticated new animation techniques. (Dean replaces Elvis Presley, whose estate wisely said no to the stunt.) Just what Dean dreamed of as he was studying at the Actors Studio during a time when talking 3D holograms were practically witchcraft — being a bucket ‘o pixels and an algorithm.

It’s still early enough for Lionsgate (whose god-awful flops “Moonfall” and “Chaos Walking” inspire as much confidence as a century-old rope bridge over a canyon) to pick a route that doesn’t make viewers want to bury their heads in their popcorn: a couple of flashback scenes from the 1987 flick paired with a whole new young couple. (The best choice would be to make no sequel at all, but fat chance. It’s one of the studio’s most lucrative properties.) Grey said she’d love to get Harry Styles for the movie. Fine!

All I know is that if Hollywood turns the wonderful, gone-too-soon Swayze into the T-Rex from “Jurassic World,” I will not have the time of my life.