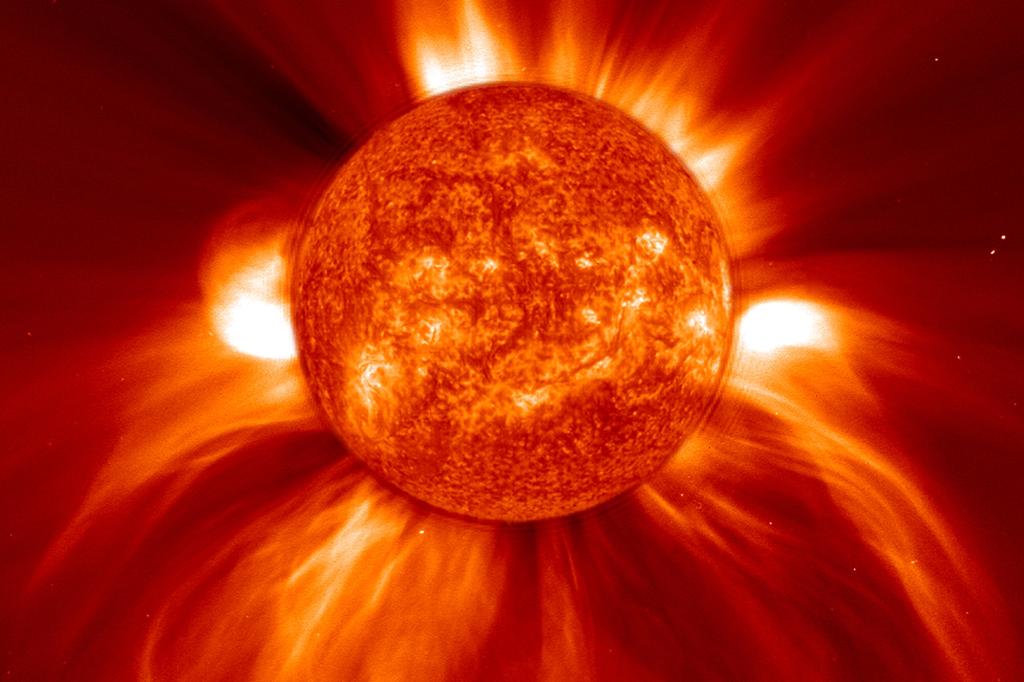 A mass of solar particles is heading our way after a ‘dead sunspot’ exploded on the solar surface.

The explosion on April 11 led to a coronal mass ejection (CME), which is a type of flare that can cause solar storms on Earth.

A dead sunspot explosion may sound intense but it’s unlikely to have a huge impact on Earth.

Sunspots are dark regions that pop up on the Sun due to magnetism inside the burning mass.

They can last between a few hours to a few months and are considered ‘dead’ when they start breaking apart.

A sunspot called AR2987 exploded recently and was considered ‘dead’ until it randomly ‘restarted’.

Physicist Philip Judge explained to LiveScience: “Occasionally, sunspots can ‘restart,’ with more magnetism appearing later (days, weeks) at the same region, as if a weakness was made in the convection zone, or as if there is an unstable region under the surface that is particularly good at generating magnetic fields beneath.”

The sunspot explosion on April 11 could impact Earth in a few days time.

According to the experts at SpaceWeather.com: “A CME is heading for Earth.

“NOAA forecasters say that G2-class geomagnetic storms are possible when it arrives on April 14th.

“During such storms, auroras can be seen as far south as, e.g., New York and Idaho (geomagnetic latitude 55 degrees).” 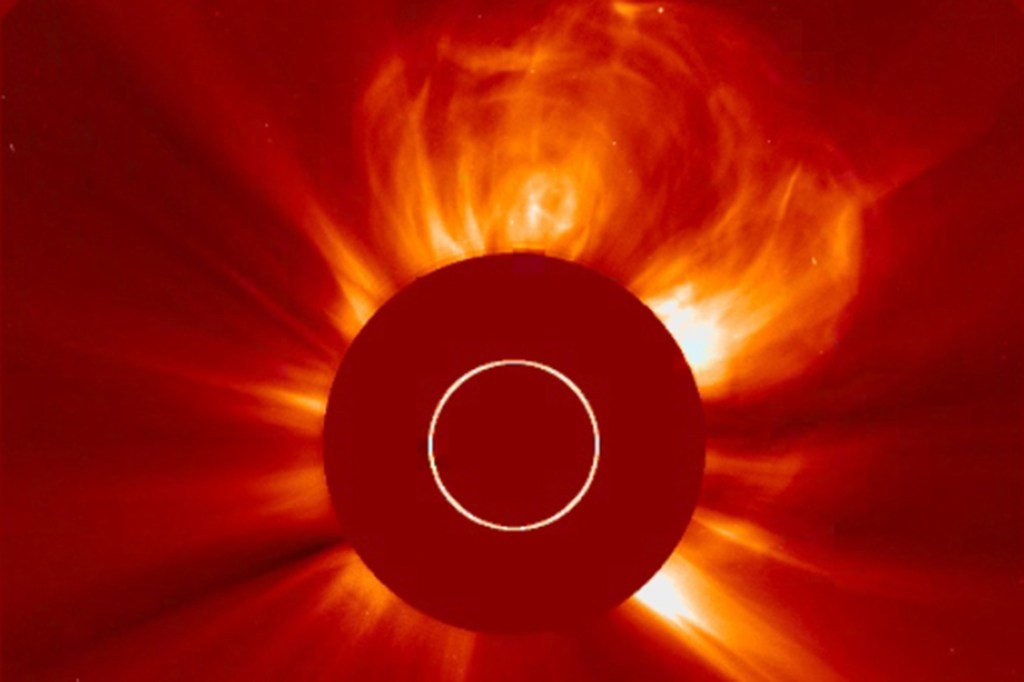 A CME is a huge expulsion of plasma from the sun’s outer layer, called the corona.

These expulsions shoot through space and can hit Earth.

Fortunately, the solar storm predicted for April 14, is only likely to be a “G2-class” storm.

This type of storm is considered to be moderate and can damage high-latitude power systems.

A G2-class solar storm can affect the power grid and also any spacecraft in orbit.

Ground control may have to keep an eye out to keep spacecraft out of harm’s way.

Solar storms can also confuse migrating animals that rely on the Earth’s magnetic field for a sense of direction.

One good thing about solar storms is that they can produce very pretty natural light displays like the northern lights.

Those natural light displays are called auroras and are examples of the Earth’s magnetosphere getting bombarded by solar wind, which creates pretty green and blue displays.

The Earth’s magnetic field helps to protect us from the more extreme consequences of solar flares. 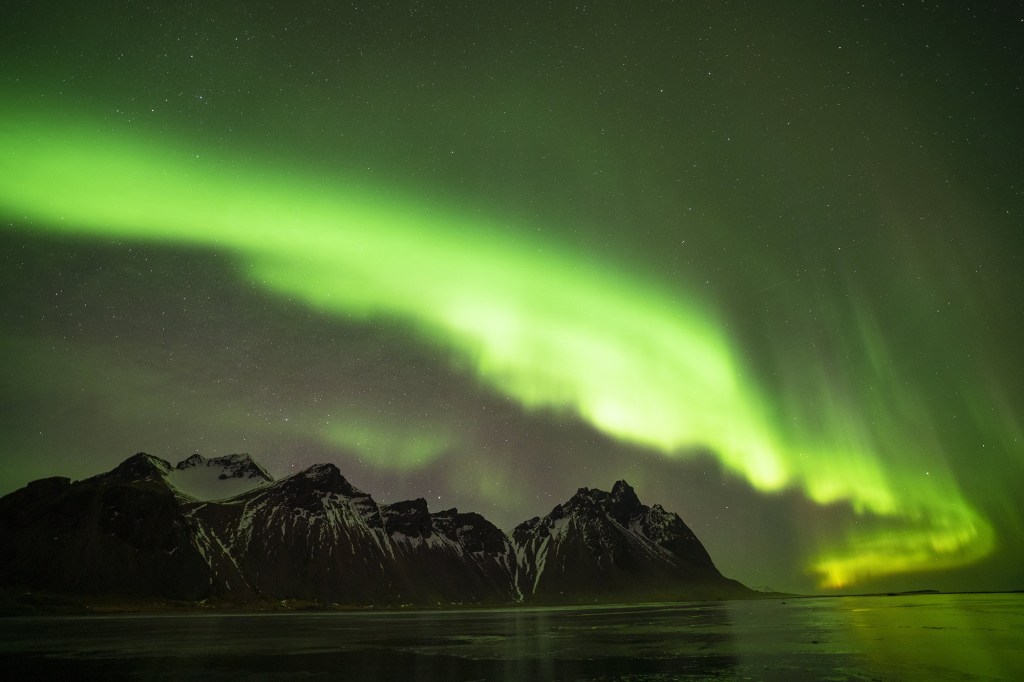 Solar storms often create wind that leads to the majestic colors of the northern lights in Iceland.Owen Humphreys/PA Wire via ZUMA Press

In 1989, a strong solar eruption shot so many electrically charged particles at Earth that the Canadian province of Quebec lost power for nine hours.

As well as causing issues for our tech on Earth, they can be deadly for an astronaut if they result in injury or interfere with mission control communications.

The sun is currently at the start of a new 11-year solar cycle, which usually sees eruptions and flares grow more intense and extreme.