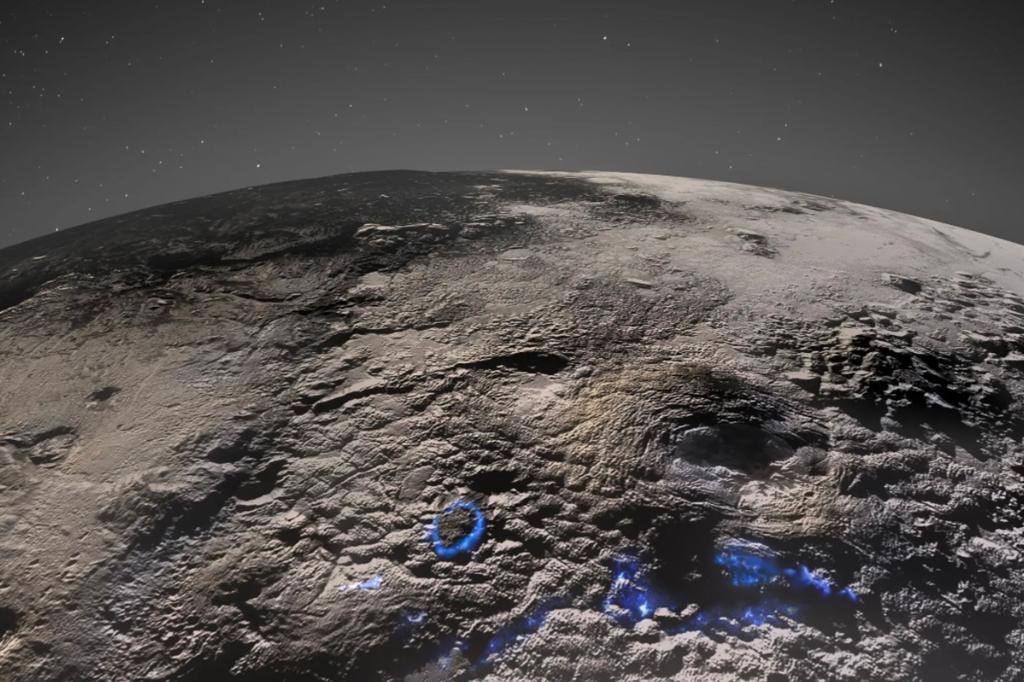 Images taken of Pluto reveal a region of strange terrain previously unobserved in our solar system, according to a new study published in the journal Nature Communications.

Snapped by Nasa’s New Horizons spacecraft in a 2015 flyby, the photos suggest that the bizarre, lumpy surfaces were caused by the dwarf planet’s ice volcanos, or “cryovolcanos”.

“Here we analyze the geomorphology and composition of the features and conclude the region was resurfaced by cryovolcanic processes, of a type and scale so far unique to Pluto,” the study noted.

Cyrovolanic material on Pluto consists of a “thicker, slushy icy-water mix or even possibly a solid flow like glaciers,” according to study-author and planetary scientist at Colorado’s Southwest Research Institute Kelsi Singer.

It’s unclear when Pluto’s cryovolcanos last erupted exactly, but the study’s authors propose that “a large volume of material has erupted from multiple sources, and likely in more than one episode over time.”

Singer also noted that the research showed no evidence of an impact crater in the area, meaning it may still be in the process of forming today.

Cryovolcanic ejections on Pluto hint that the planet may have retained its internal heat longer than scientists previously thought.

“[The findings] suggest that a small body like Pluto, which should have lost much of its internal heat long ago, was able to hold onto enough energy to facilitate widespread geological activity rather late in its history,” Lynnae Quick, a planetary scientist at NASA’s Goddard Space Flight Center specializing in ice volcanoes told AFP.

While there are several cryovolcanos in our solar system – most notably on Ceres and Saturn’s moon Titan – Pluto’s “look so different from anything else we ever have seen”, Singer said.

“The features on Pluto are the only vast field of very large icy volcanoes and they have a unique texture of undulating terrain.”

Pluto’s surface-altering volcanos include its largest, Wright Mons, which is about the size of Mauna Loa in Hawaii (or around 13,679 feet tall). 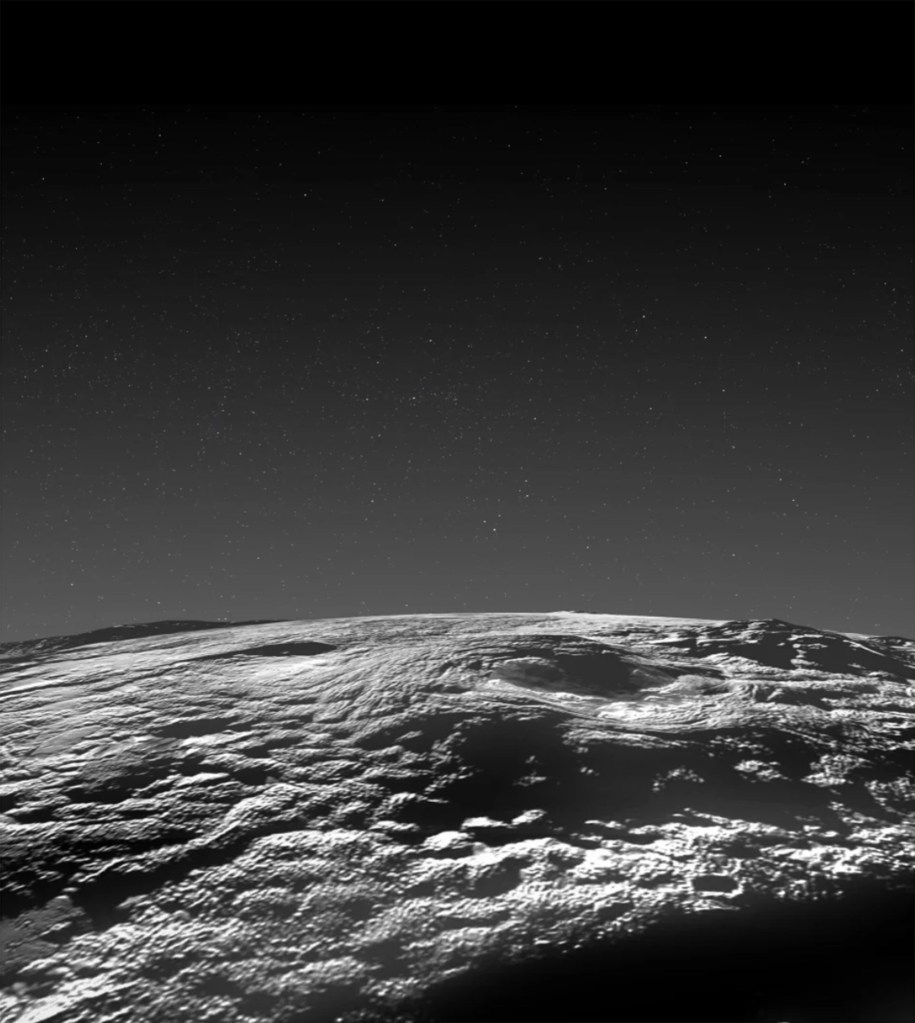 Singer said that it’s difficult to identify exactly when the ice volcanoes were formed “but we believe they could be as young as a few hundred million years or even younger”.

Experts have called the findings extremely significant and think they will further our understanding of Pluto, which the study describes as one of the most unique visited places in our solar system.

“These findings will cause us to re-evaluate the possibilities for the maintenance of liquid water on small, icy worlds that are far from the Sun,” Quick said.

“I love the idea that we have so much left to learn about the solar system,” Singer echoed.

“Every time we go somewhere new, we find new things that we didn’t predict—like giant, recently-formed ice volcanoes on Pluto.”