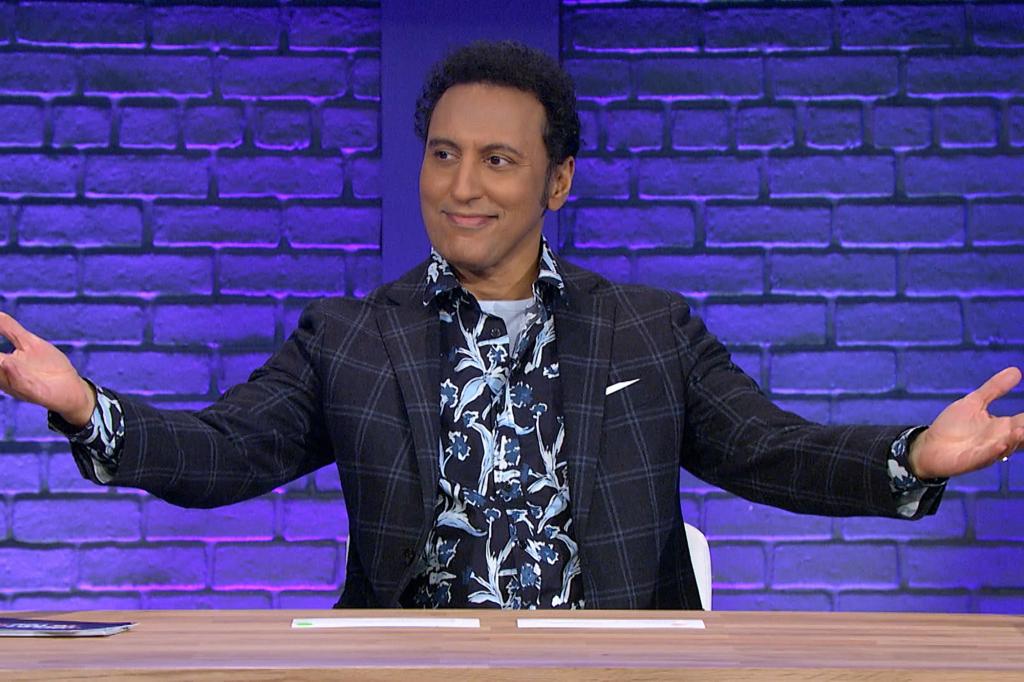 Comedian/actor Aasif Mandvi said that his new comedy panel show “Would I Lie To You?” exists because of a TV recommendation he gave to “The Good Wife” creators Robert and Michelle King.

“I watched the British show for a long time,” Mandvi, 56, told The Post, referring to the BBC comedy game show of the same name that’s aired since 2007.

“I was a huge fan, it’s been on for like 14 seasons. And as an Indian person, I was always looking to steal something from the British. So, I thought, ‘Why not this?’ I went to Robert and Michelle King, who I do ‘Evil’ with. I told them about the show. My wife and I had been watching it —  for us, it’s a respite for the insanity of the world. Robert and Michelle fell in love with it, and Robert said, ‘Why don’t we make the American version?’ ”

Airing Saturdays at 8:30 p.m. on The CW, the series is hosted and executive-produced by Mandvi (“The Daily Show With Jon Stewart,” “Evil,”) and produced by the Kings. 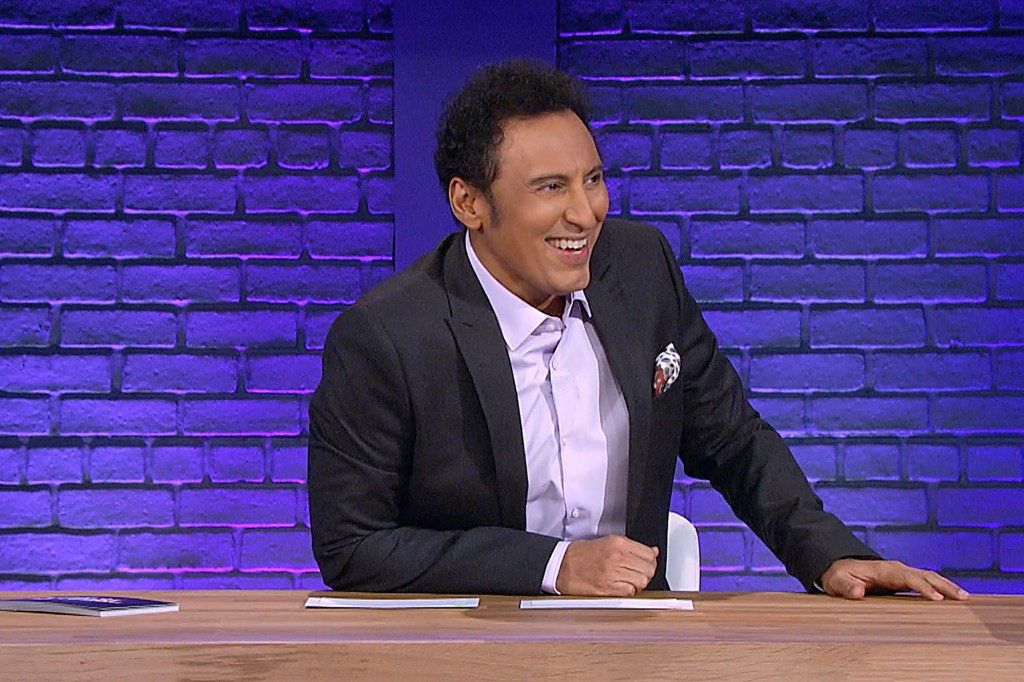 Aasif Mandvi hosting celebrity tall-tale show, “Would I Lie To You?” The CW

In each episode, celebrity guests such as Brooke Shields, Amber Ruffin, Laura Benanti, Michael Ian Black, Adam Pally and Richard Kind are split into two “teams” led by Matt Walsh (“Veep”) and Sabrina Jalees (“Search Party”). Each celebrity takes turns reading out a scenario on a note card, and the other team must guess if they are telling the truth about something they once experienced, or telling a fib. 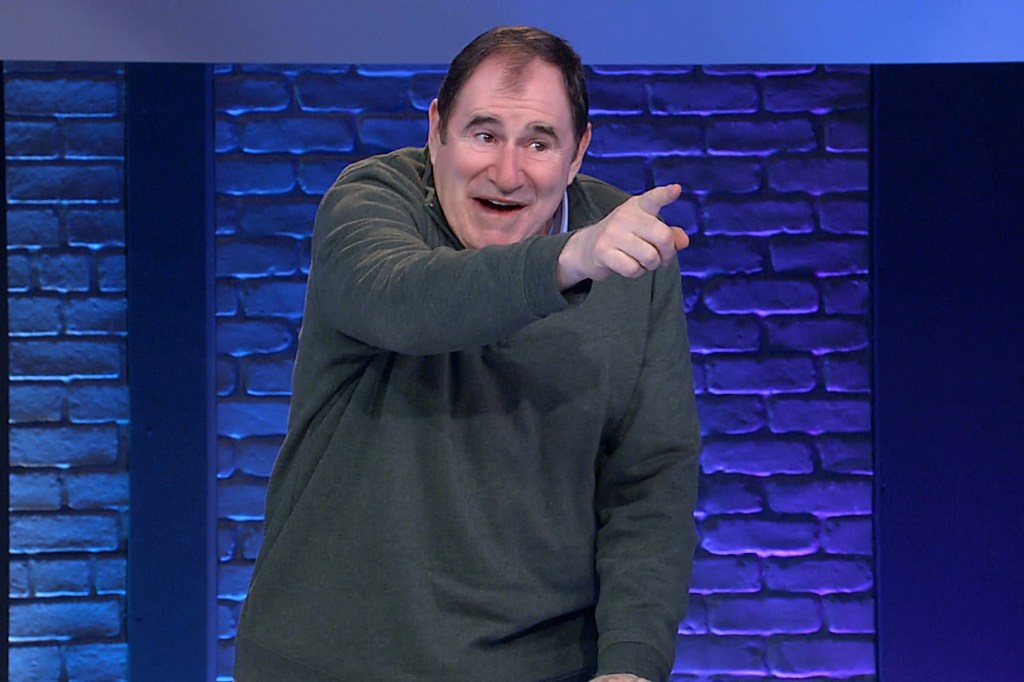 Richard Kind is one of the celeb guests who tells an outlandish story on “Would I Lie To You?” The CW 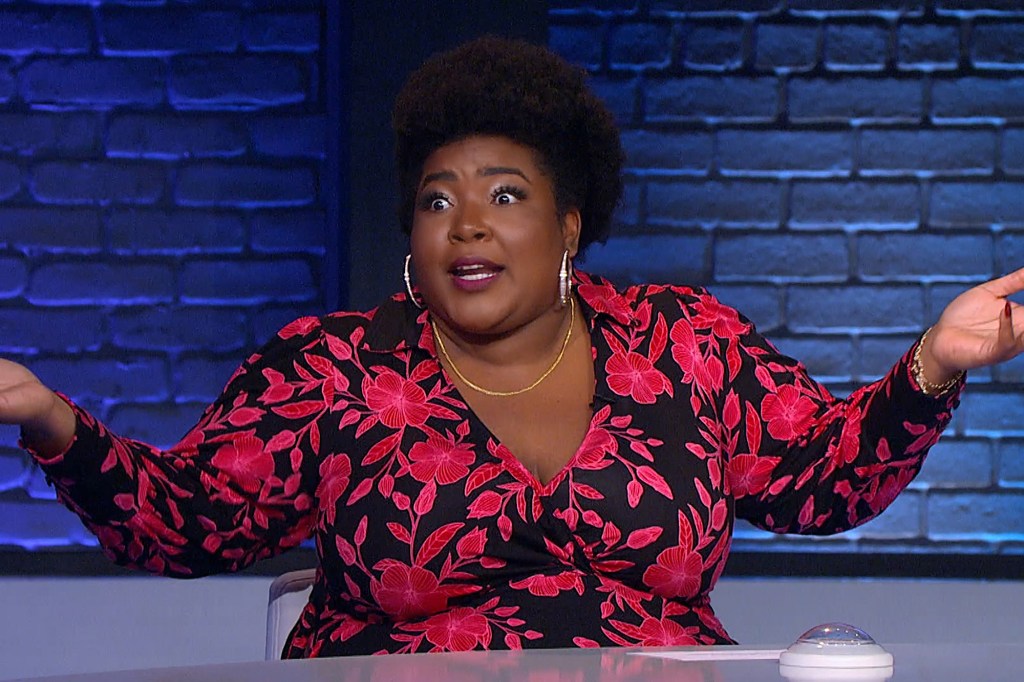 Dulcé Sloan is one of the celeb guests on “Would I Lie To You?” The CW

“All the stories are amazing,” said Mandvi. “There’s a pre-interview, but they’ve never seen the actual story until they read it on air, and they don’t know what they’re about to read. When you have someone like Richard Kind telling a story about giving Paul Newman a piggy back ride, that sounds insane and crazy. I’m always hesitant to call this a game show, because at the end of the day, the points don’t matter. It’s really a fun panel show. The whole thing is an excuse for people to tell hilarious shaggy dog tales.”

Mandvi is also known for HBO’s “The Brink,” “Younger,” “A Series of Unfortunate Events,” and “Blue Bloods,” among others.

“I’ve been very fortunate in that I’ve gotten to do a wide variety of things in my career, I’ve gotten to toggle back and forth between the dramatic stuff and comedic stuff,” he said. “I’m shooting ‘Evil’ now, and this [show] is a complete departure. It’s a whole other side of me as a performer, as an artist. It allows me to stretch and flex both sides of my acting, comedic and dramatic.” 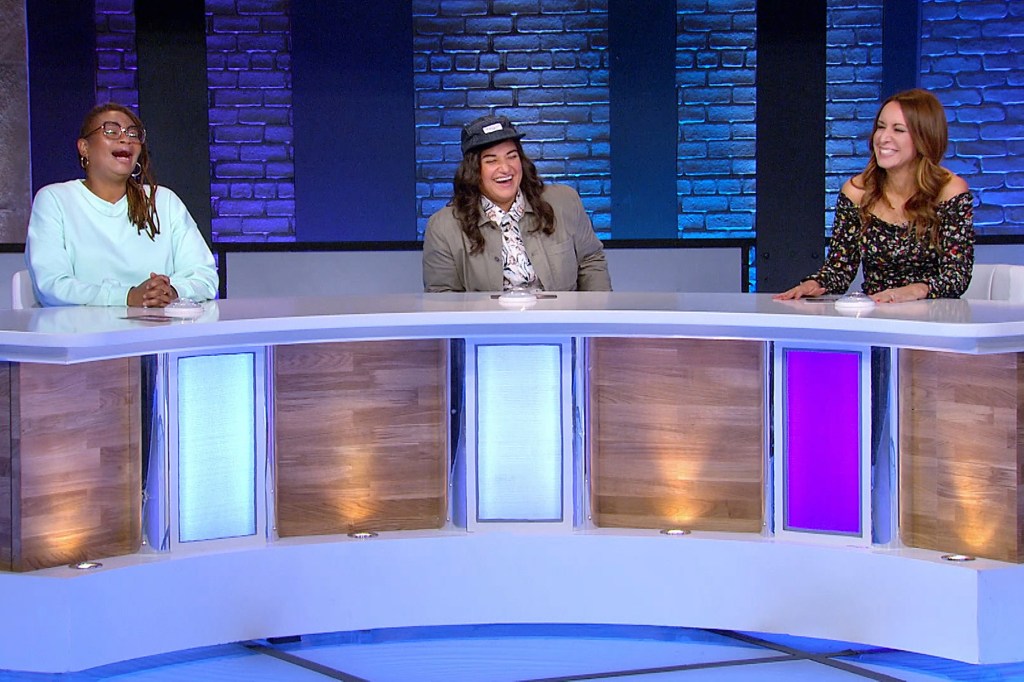 Shalewa Sharpe, Sabrina Jalees, and Rachel Feinstein are a celeb team on one episode. The CW 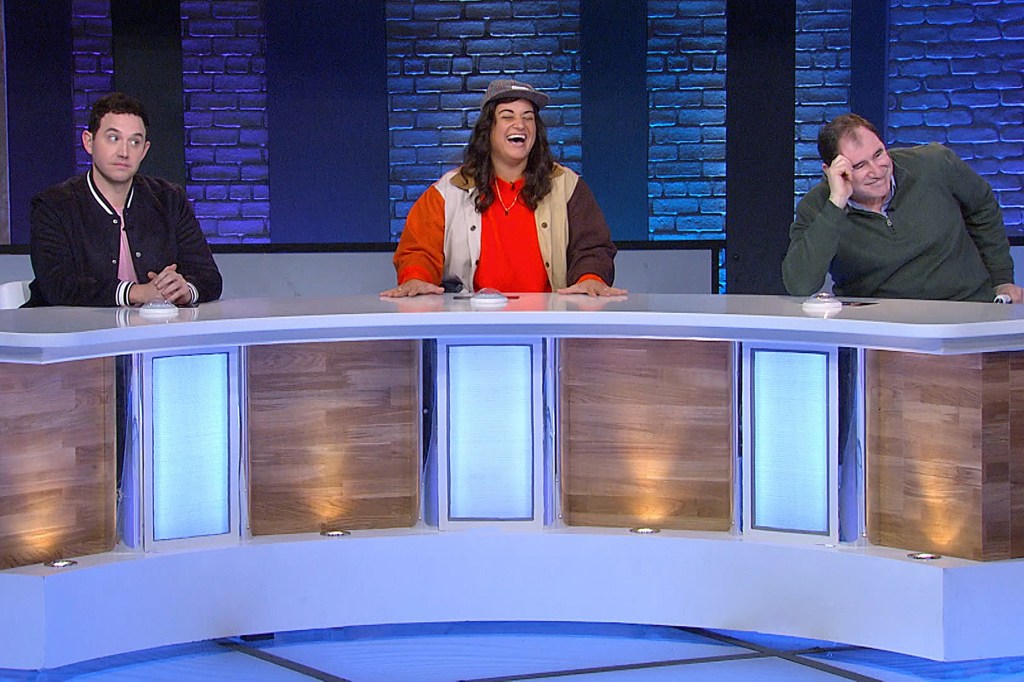 Santino Fontana, Sabrina Jalees, and Richard Kind are a celeb team on one episode of “Would I Lie To You?” The CW 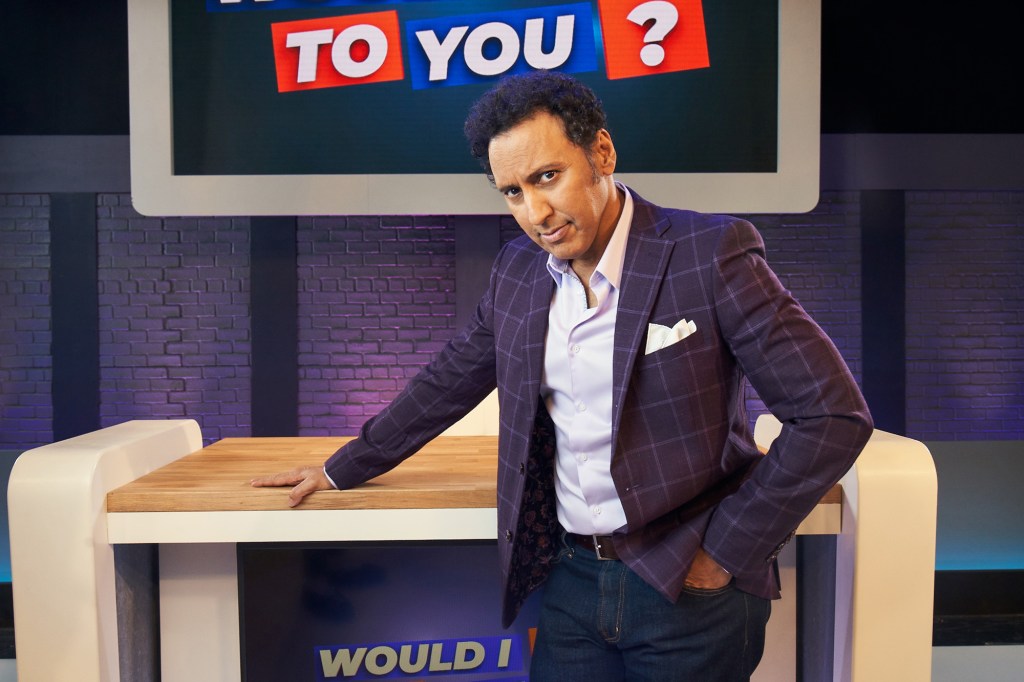 Aasif Mandvi hosting “Would I Lie To You?” Sally Montana/The CW

Mandvi said that he was surprised by how many celebs agreed to come on “Would I Lie to You?”

“Most people that we approached were game. I think in this world right now, the news feels so depressing that I think people are looking for a place to go and laugh and be joyful.”