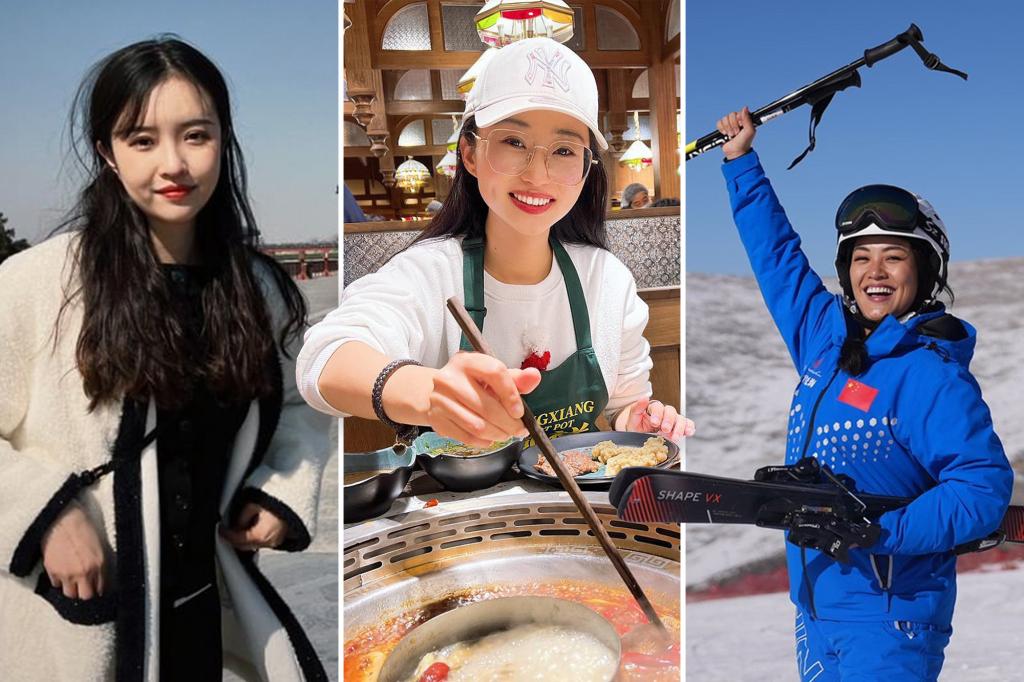 To her 1.4 million followers across TikTok, YouTube, Instagram and Facebook, Vica Li says she is a “life blogger” and “food lover” who wants to teach her fans about China so they can travel the country with ease.

“Through my lens, I will take you around China, take you into Vica’s life!” she says in a video posted in January to her YouTube and Facebook accounts, where she also teaches Chinese classes over Zoom.

But that lens may be controlled by CGTN, the Chinese-state run TV network where she has regularly appeared in broadcasts and is listed as a digital reporter on the company’s website. And while Vica Li tells her followers that she “created all of these channels on her own,” her Facebook account shows that at least nine people manage her page.

That portfolio of accounts is just one tentacle of China’s rapidly growing influence on US-owned social media platforms, an Associated Press examination has found.

As China continues to assert its economic might, it is using the global social media ecosystem to expand its already formidable influence. The country has quietly built a network of social media personalities who parrot the government’s perspective in posts seen by hundreds of thousands of people, operating in virtual lockstep as they promote China’s virtues, deflect international criticism of its human rights abuses and advance Beijing’s talking points on world affairs like Russia’s war against Ukraine. 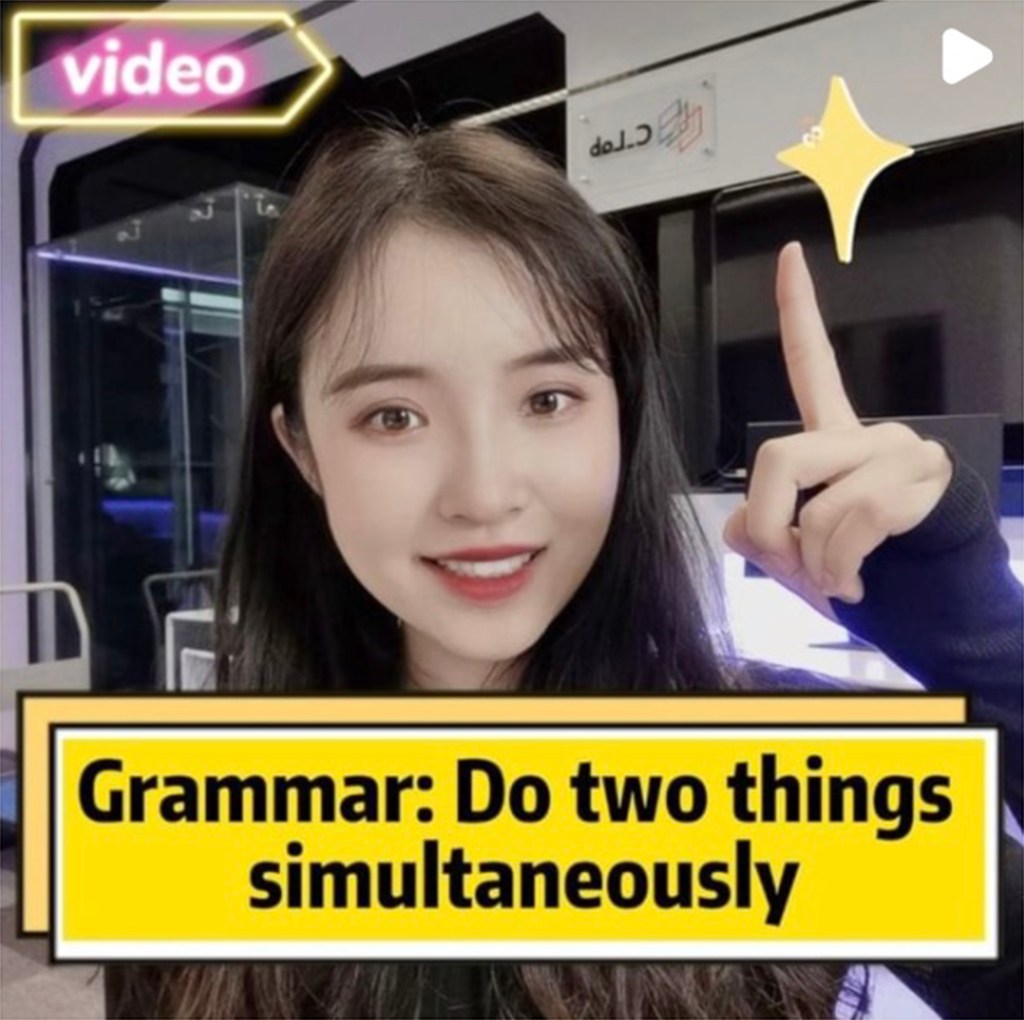 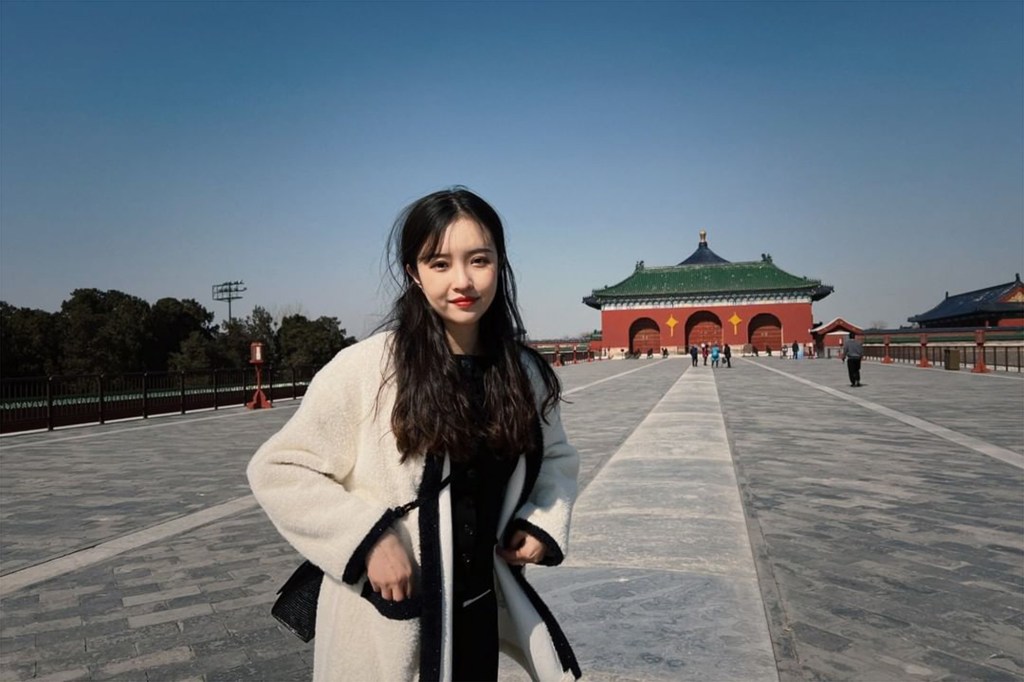 Vica Li describes herself as just a “life blogger” and “food lover.”Instagram/Vica Li

Some of China’s state-affiliated reporters have posited themselves as trendy Instagram influencers or bloggers. The country has also hired firms to recruit influencers to deliver carefully crafted messages that boost its image to social media users.

And it is benefitting from a cadre of Westerners who have devoted YouTube channels and Twitter feeds to echoing pro-China narratives on everything from Beijing’s treatment of Uyghur Muslims to Olympian Eileen Gu, an American who competed for China in the most recent Winter Games.

The influencer network allows Beijing to easily proffer propaganda to unsuspecting Instagram, Facebook, TikTok and YouTube users around the globe. At least 200 influencers with connections to the Chinese government or its state media are operating in 38 different languages, according to research from Miburo, a firm that tracks foreign disinformation operations.

“You can see how they’re trying to infiltrate every one of these countries,” said Miburo President Clint Watts, a former FBI agent. “It is just about volume, ultimately. If you just bombard an audience for long enough with the same narratives people will tend to believe them over time.”

While Russia’s war on Ukraine was being broadly condemned as a brazen assault on democracy, self-described “traveler,” “story-teller” and “journalist” Li Jingjing took to YouTube to offer a different narrative. 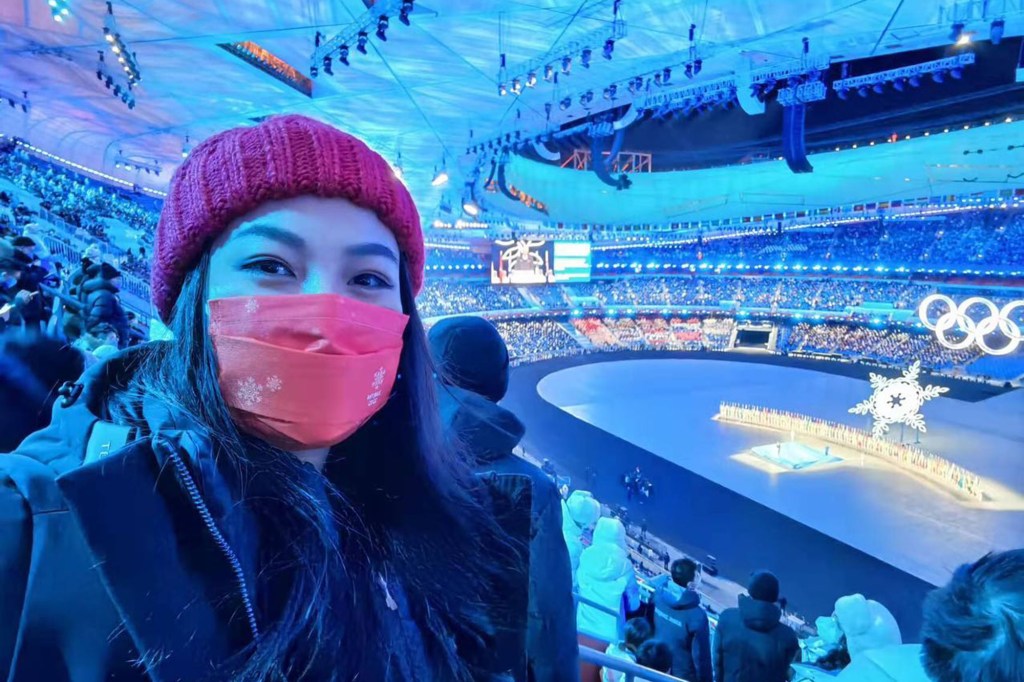 Li Jingjing is a reporter for CGTN.Instagram/Li Jingjing 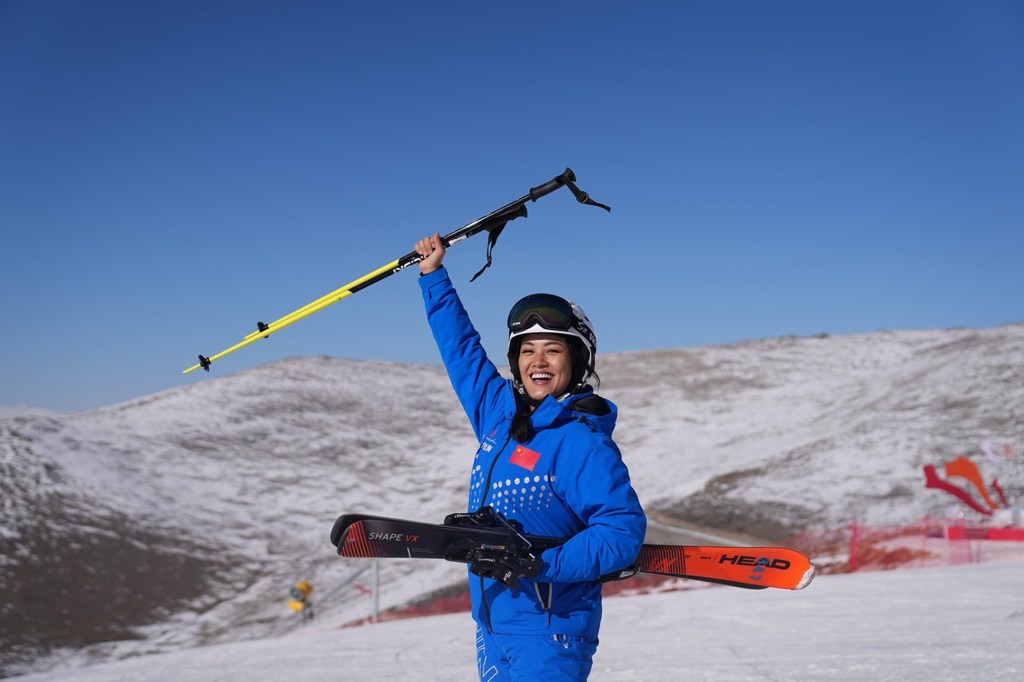 Li Jingjing says she wants to show subscribers “the world through my lens.”Instagram/Li Jingjing

She posted a video to her account called “Ukraine crisis: The West ignores wars & destructions it brings to Middle East,” in which she mocked US journalists covering the war. She’s also dedicated other videos to amplifying Russian propaganda about the conflict, including claims of Ukrainian genocide or that the US and NATO provoked Russia’s invasion.

Li Jingjing says in her YouTube profile that she is eager to show her roughly 21,000 subscribers “the world through my lens.” But what she does not say in her segments on Ukraine, which have tens of thousands of views, is that she is a reporter for CGTN, articulating views that are not just her own but also familiar Chinese government talking points.

Most of China’s influencers use pitches similar to Li Jingjing’s in hopes of attracting audiences around the world, including the US, Egypt and Kenya. The personalities, many of them women, call themselves “travelers,” sharing photos and videos that promote China as an idyllic destination. 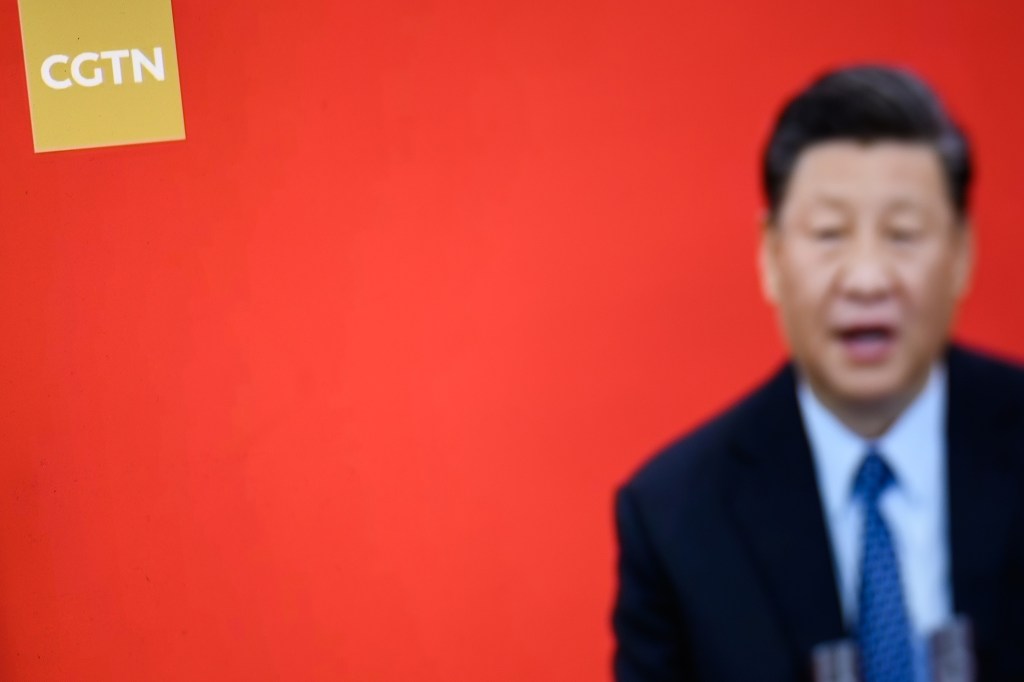 The personalities do not proactively disclose their ties to China’s government and have largely phased out references in their posts to their employers, which include CGTN, China Radio International and Xinhua News Agency.Getty Images

“They clearly have identified the ‘Chinese lady influencer’ is the way to go,” Watts said of China.

The AP identified dozens of these accounts, which collectively have amassed more than 10 million followers and subscribers. Many of the profiles belong to Chinese state media reporters who have in recent months transformed their Facebook, Instagram, Twitter and YouTube accounts — platforms that are largely blocked in China — and begun identifying as “bloggers,” “influencers” or non-descript “journalists.” Nearly all of them were running Facebook ads, targeted to users outside of China, that encourage people to follow their pages.

The personalities do not proactively disclose their ties to China’s government and have largely phased out references in their posts to their employers, which include CGTN, China Radio International and Xinhua News Agency.

Foreign governments have long tried to exploit social media, as well as its ad system, to influence users. During the 2016 US election, for example, a Russian internet agency paid in rubles to run more than 3,000 divisive political ads targeting Americans.

But the AP found in its review that most of the Chinese influencer social media accounts are inconsistently labeled as state-funded media. The accounts — like those belonging to Li Jingjing and Vica Li — are often labeled on Facebook or Instagram, but are not flagged on YouTube or TikTok. Vica Li’s account is not labeled on Twitter. Last month, Twitter began identifying Li Jingjing’s account as Chinese state-media.

Often, followers who are lured in by accounts featuring scenic images of China’s landscape might not be aware that they’ll also encounter state-endorsed propaganda. 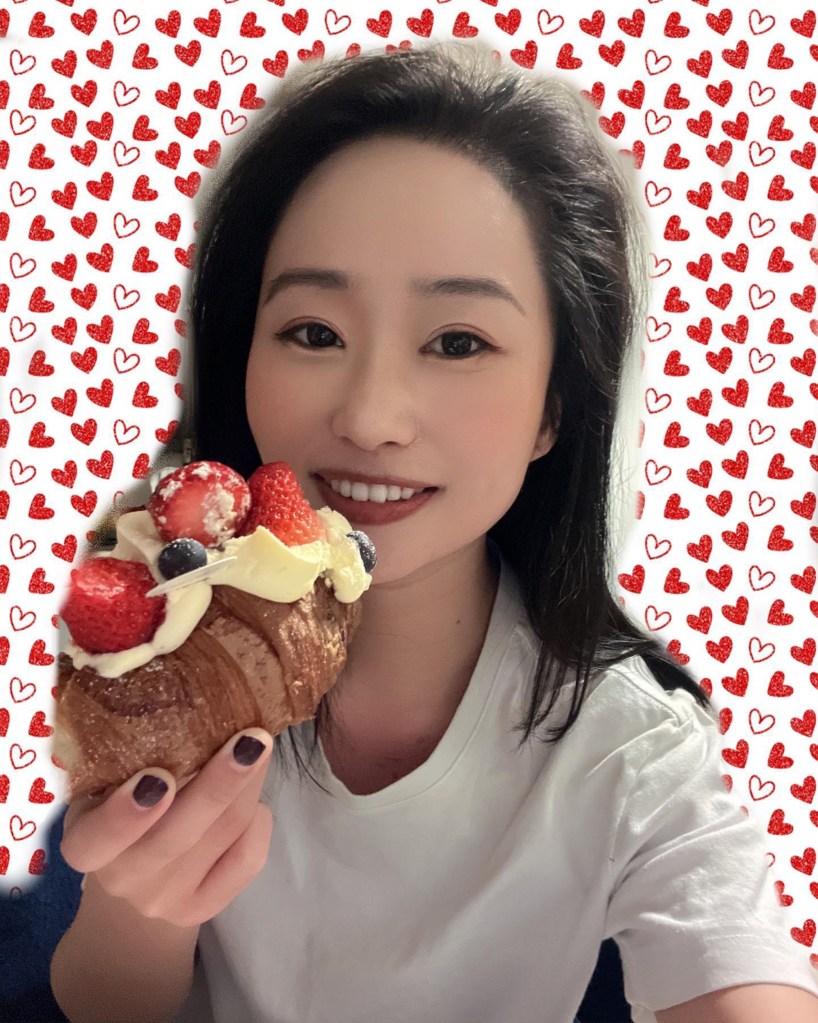 Jessica Zang’s picturesque Instagram photos show her smiling beneath a beaming sun, kicking fresh powdered snow atop a ski resort on the Altai Mountains in China’s Xinjiang region during the Beijing Olympics. She describes herself as a video creator and blogger who hopes to present her followers with “beautiful pics and videos about life in China.”

“I think it’s likely by choice that she doesn’t put any state affiliations, because you put that label on your account, people start asking certain types of questions,” Rui Zhong, who researches technology and the China-US relationship for the Washington-based Wilson Center, said of Zang.

Peppered between tourism photos are posts with more obvious propaganda. One video titled “What foreigners in BEIJING think of the CPC and their life in China?” features Zang interviewing foreigners in China who gush about the Chinese Communist Party and insist they’re not surveilled by the government the way outsiders might think.

“We really want to let more people … know what China is really like,” Zang tells viewers.

That’s an important goal in China, which has launched coordinated efforts to shape its image abroad and whose president, Xi Jinping, has spoken openly of his desire to have China perceived favorably on the global stage.

“They want to promote a positive vision of China to drown out their human rights records,” Brandt said. 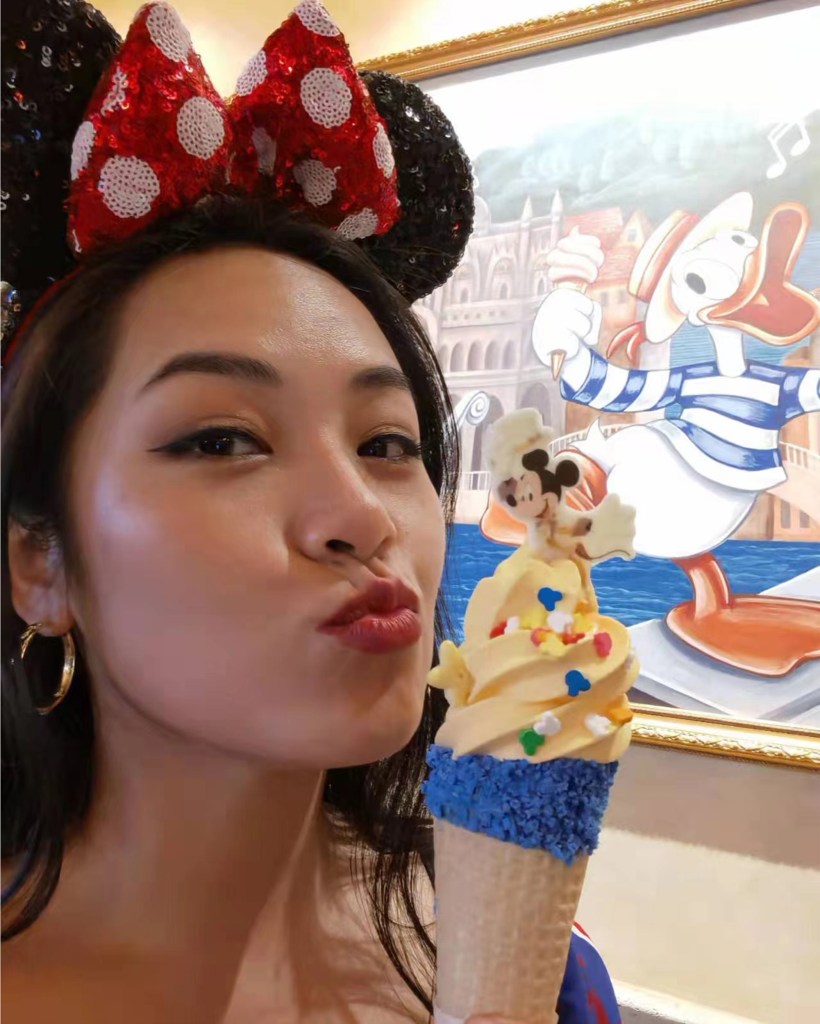 Li Jingjing dedicated other videos to amplifying Russian propaganda about the conflict.Instagram/Li Jingjing

Li Jingjing and Zang did not return messages from the AP seeking comment. CGTN did not respond to repeated interview requests. CGTN America, which is registered as a foreign agent with the Justice Department and has disclosed having commercial arrangements with several international news organizations, including the AP, CNN and Reuters, did not return messages. A lawyer who has represented CGTN America did not respond either.

A spokesman for the Chinese Embassy in Washington, Liu Pengyu, said in a statement, “Chinese media and journalists carry out normal activities independently, and should not be assumed to be led or interfered by the Chinese government.”

China’s interest in the influencer realm became more evident in December after it was revealed that the Chinese Consulate in New York had paid $300,000 for New Jersey firm Vippi Media to recruit influencers to post messages to Instagram and TikTok followers during the Beijing Olympics, including content that would highlight China’s work on climate change.

It’s unclear what the public saw from that campaign, and if the social media posts were properly labeled as paid advertisements by the Chinese Consulate, as Instagram and TikTok require. Vippi Media has not provided the Justice Department, which regulates foreign influence campaigns through a 1938 statute known as the Foreign Agents Registration Act, a copy of the posts it paid influencers to disseminate, even though federal law requires the company to do so.

Vipp Jaswal, Vippi Media’s CEO, declined to share details about the posts with the AP.

In other cases, the money and motives behind these Facebook posts, YouTube videos and podcasts are so murky that even those who create them say they weren’t aware the Chinese government was financing the project.

Chicago radio host John St. Augustine told the AP that a friend who owns New World Radio in Falls Church, Virginia, invited him to host a podcast called “The Bridge” with a team in Beijing. The hosts discussed daily life and music in the US and China, inviting music industry workers as guests. 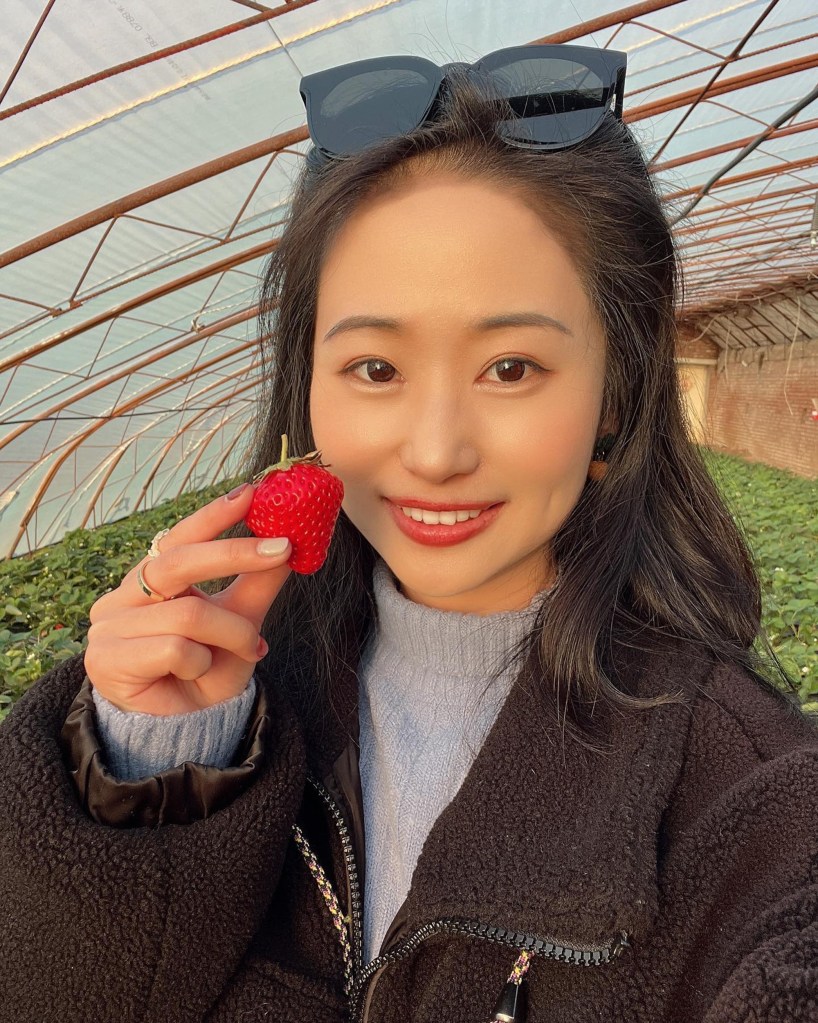 Jessica Zang describes herself as a video creator and blogger who hopes to present her followers with “beautiful pics and videos about life in China.”Instagram/ Jessica Zang

He says he didn’t know CGTN had paid New World Radio $389,000 to produce the podcast. The station was also paid millions of dollars to broadcast CGTN content 12 hours daily, according to documents filed with the Justice Department on behalf of the radio company.

“How they did all that, I had no clue,” St. Augustine said. “I was paid by a company here in the United States.”

The Justice Department recently requested public input on how it should update the FARA statute to account for the ephemeral world of social media and its transparency challenges.

Next post Health risk due to micro- and nanoplastics in food