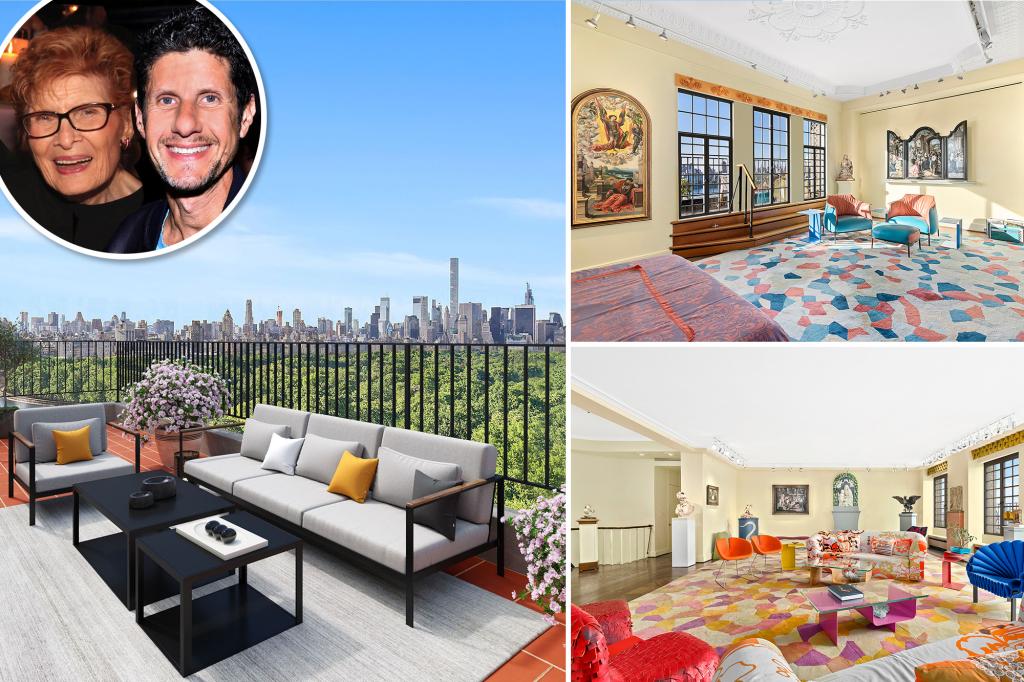 Sadly, that’s a rap on the Upper West Side home where one of the Beastie Boys spent his earliest years.

A sprawling duplex at the famed Eldorado co-op at 300 Central Park West that belonged to the late art collector Hester Diamond — the mother of rapper Michael Diamond, otherwise known as Beastie Boys co-founder Mike D — has listed for $19.5 million, according to a StreetEasy listing update and a report in the New York Times.

The late Diamond, who died in 2020 at age 91, lived there for more than 50 years. Diamond and her first husband, Harold Diamond — who died in 1982 at age 56 — moved into the Eldorado in the mid-1960s as renters. When the two-towered complex became a co-op in 1982, the couple purchased the duplex and an adjoining 19th-floor apartment. David Diamond, the eldest son of Hester, told the Times his parents purchased both apartments for some $1.2 million — roughly $3.65 million in today’s figures. However, in November that year while renovations were ongoing, Harold passed away. 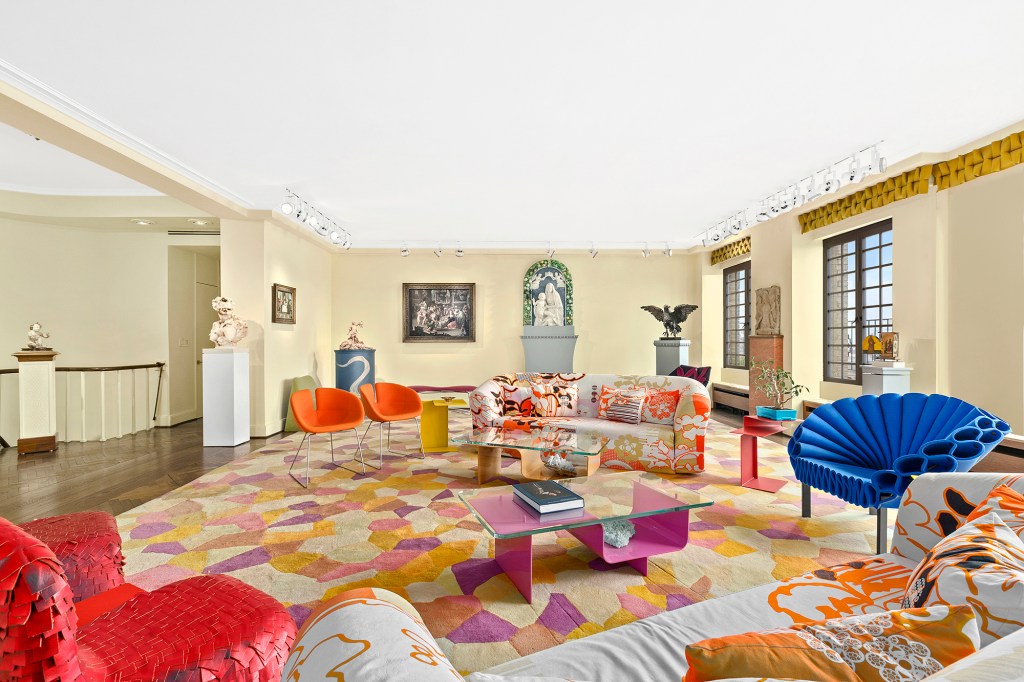 Hester Diamond, a known art world titan, filled the duplex with flair.Courtesy of The Corcoran Group 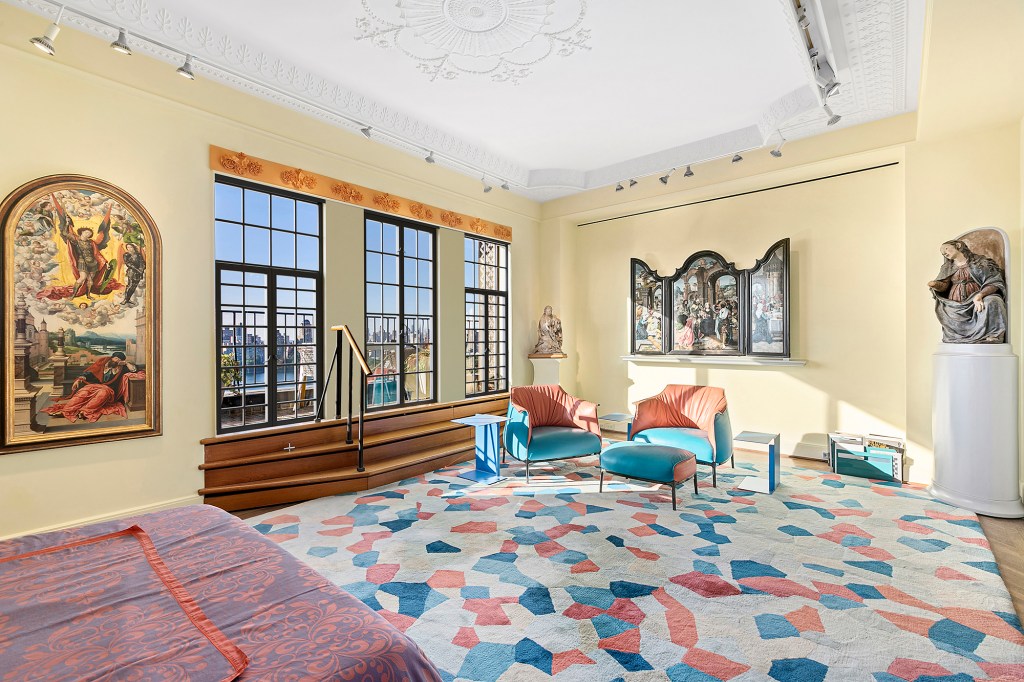 Located in the famed Eldorado co-op, features include plaster moldings and oversize windows.Courtesy of The Corcoran Group 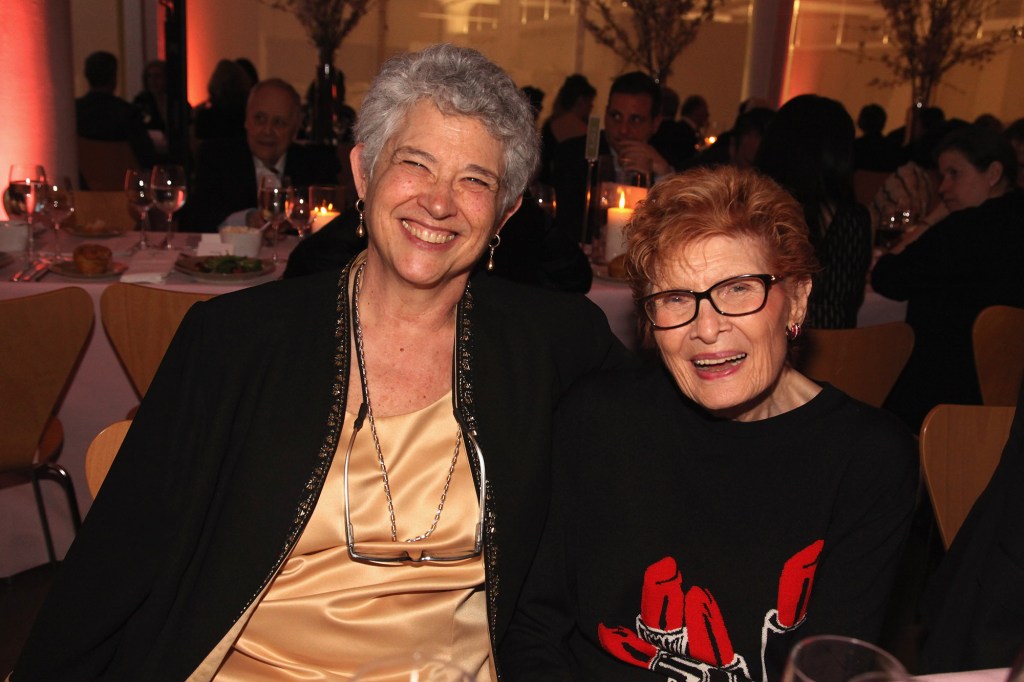 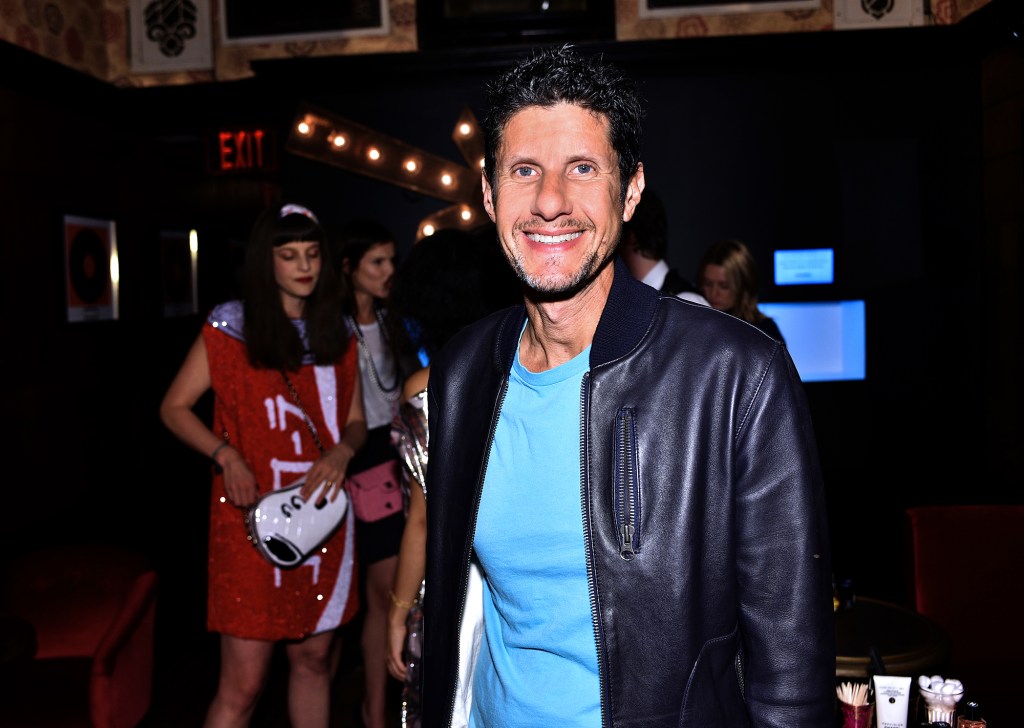 Mike D, now 56, spent his early years in the unit.WireImage

“The renovation was completed in the summer of 1983, and the apartment was fully put back together in the fall,” David — a 63-year-old marketing and strategic planning consultant — told the Times. “But by then, it was clear that the renovated apartment was really my mom’s apartment. It was, in a real sense, the start of her new life.”

In 2009, meanwhile, the footprint grew larger after Hester Diamond purchased an adjacent two-bedroom unit on the 18th floor. The listing shows the home is being marketed as a six-bedroom dwelling with seven full bathrooms and a powder room.

“Pretty much every room in the house changed its function at least once during the 50 years my mom lived there,” Michael Diamond, 56, told the paper. 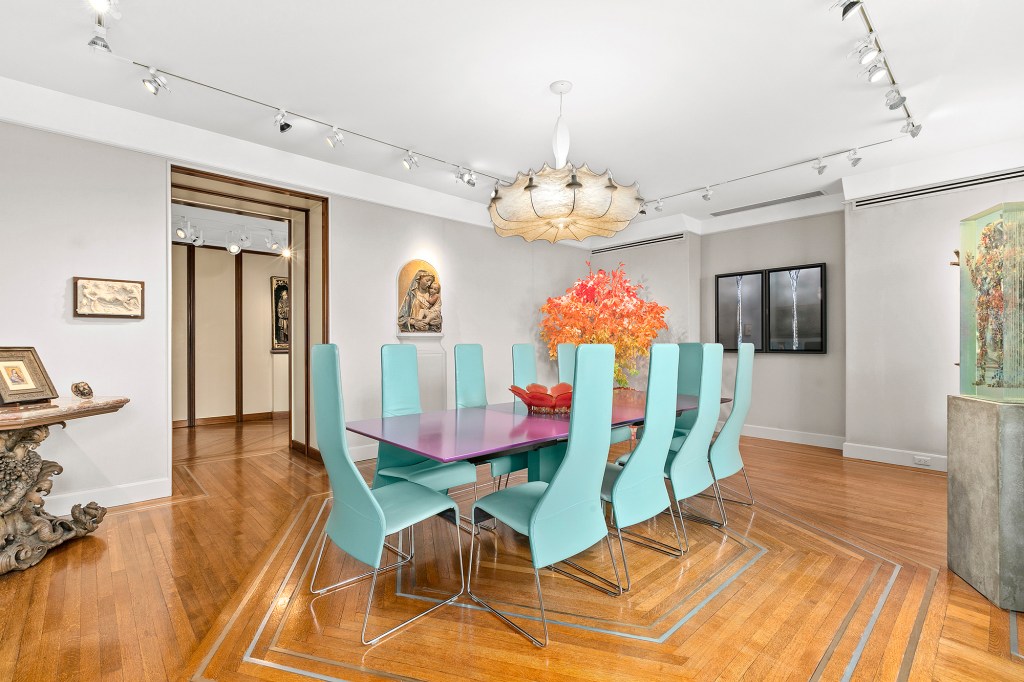 The listing’s many perks include a large dining area.Courtesy of The Corcoran Group 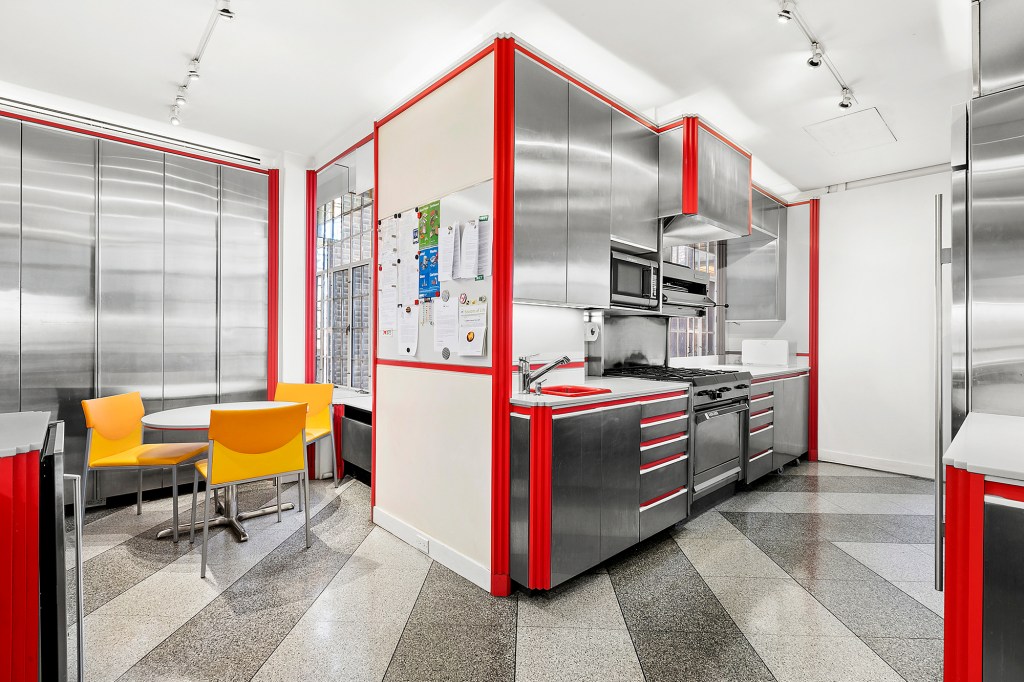 The eat-in kitchen, which is also roomy, has an eat-in nook.Courtesy of The Corcoran Group

During their time shared in the building, the couple began collecting art. Hester worked as a social worker, while Harold was a teacher — and they eventually settled on careers in the art world, setting up their own business. In addition to dealing art, Hester was also an interior designer — and her collection of paintings and sculptures was spread throughout the home. It included works by Picasso, and she was known for pairing antiques with bold modernist art, then doing a 180 and mixing modern furnishings with art by the old masters.

“I loved her fearlessness and her vision that she had, to switch so dramatically and radically,” Michael told the Times. David added, “When I was a kid, my friends would say I lived in a museum.” 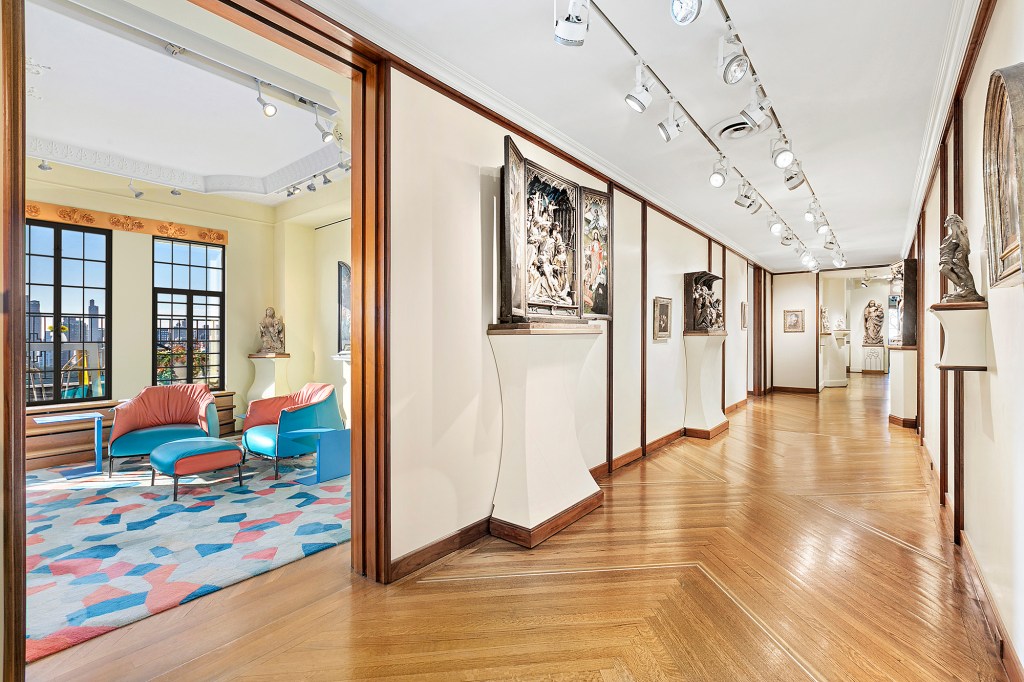 Touches also include herringbone oak floors.Courtesy of The Corcoran Group 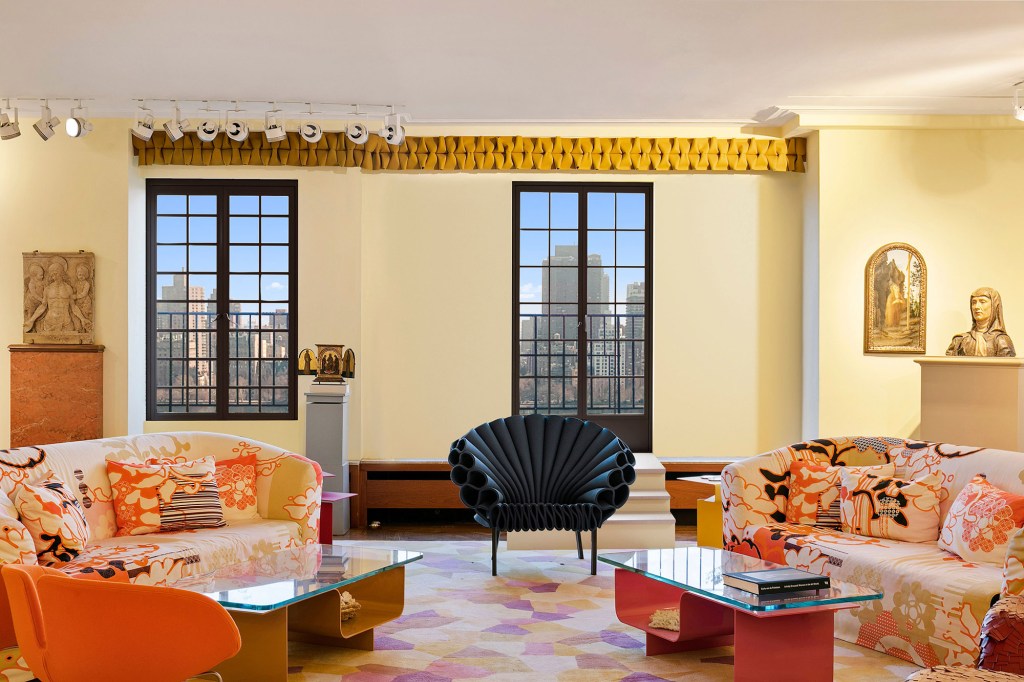 A detail shot of the grand living room.Courtesy of The Corcoran Group 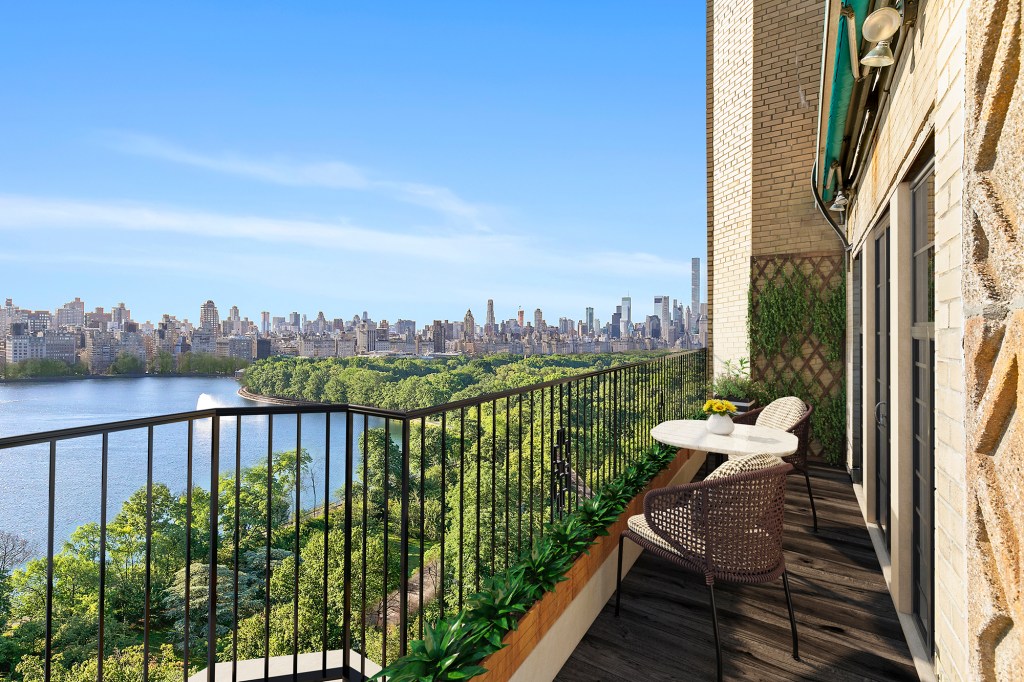 The duplex doesn’t shy on terrace space.Courtesy of The Corcoran Group 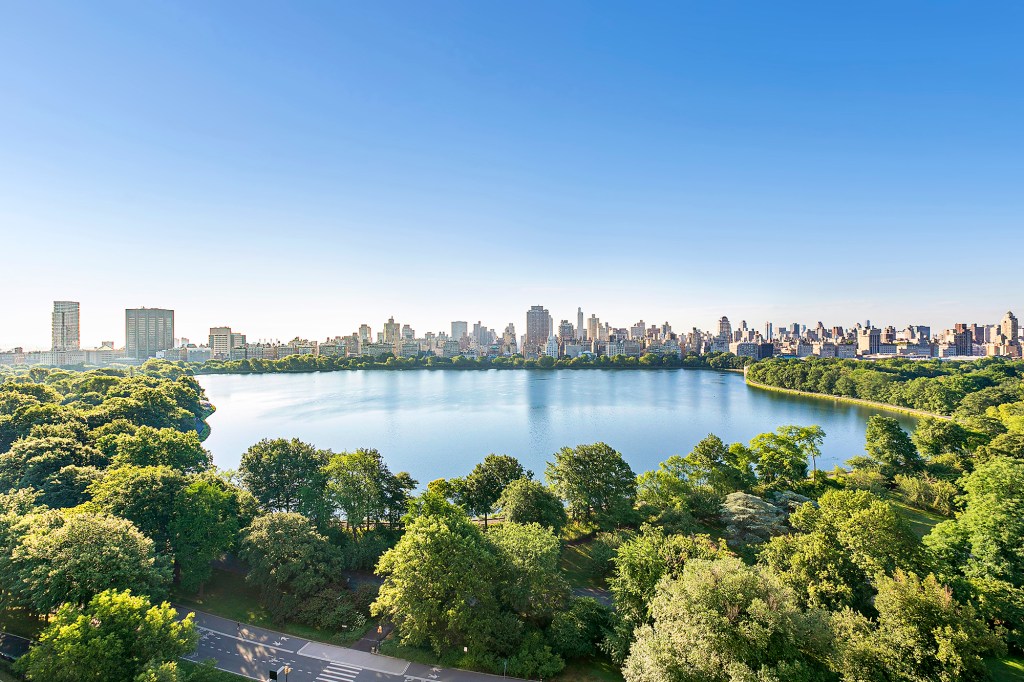 Views include the Central Park Reservoir.Courtesy of The Corcoran Group 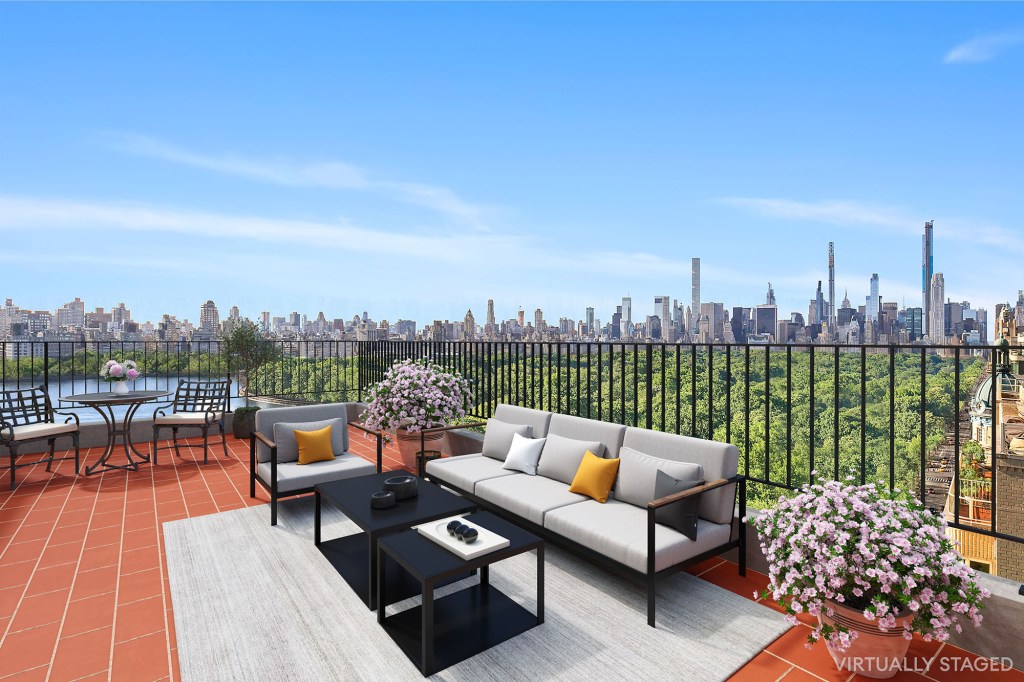 Even more terrace space.Courtesy of The Corcoran Group

As it stands, however, the duplex is empty. In early 2021, Sotheby’s auctioned off $26.7 million worth of Hester’s keep — including the carved “Autumn” sculpture by Pietro and Gian Lorenzo Bernini and Pieter Coecke Van Aelst’s “A Triptych: The Nativity.” Other belongings were donated or split between surviving family members. Michael added that Hester’s corner office was lined with Beastie Boys gold records.

The apartment’s main entrance is on the 19th floor. The foyer, in part, leads to a 29-foot-long living room, where Hester enjoyed entertaining guests and relaxing. There’s a big eat-in kitchen with chef-grade appliances, a master bedroom with a terrace and, on the level below, the rest of the bedrooms — two of which lead to more terrace space.

Among the other perks: herringbone oak flooring and plaster moldings that complement more recent additions, including central air conditioning. The listing images also show good views of Central Park and the Billionaires’ Row towers along the midtown skyline.

Amy Katcher, of Corcoran, holds the listing with Michael J. Franco, of Compass.