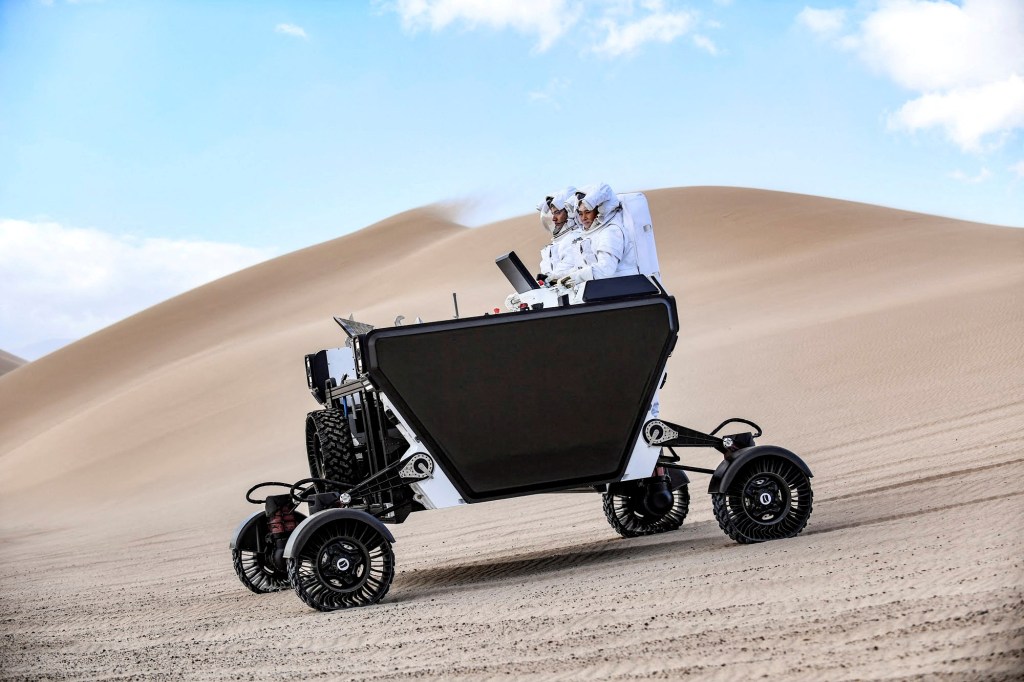 LOS ANGELES — A Los Angeles-area startup founded by a veteran spaceflight robotics engineer unveiled on Thursday its full-scale, working prototype for a next-generation lunar rover that is just as fast as NASA’s old “moon buggy” but is designed to do much more.

Astrolab executives say the four-wheeled, car-sized FLEX rover is designed for use in NASA’s Artemis program, aimed at returning humans to the moon as early as 2025 and establishing a long-term lunar colony as a precursor to sending astronauts to Mars.

Astrolab says the four-wheeled, car-sized FLEX rover aims to return humans to the moon as early as 2025 and establish a long-term lunar colony as a precursor to sending astronauts to Mars.ASTROLAB

Unlike the Apollo-era moon buggies of the 1970s or the current generation of robotic Mars rovers tailored for specialized tasks and experiments, FLEX is designed as an all-purpose vehicle that can be driven by astronauts or operated by remote control.

Built around a modular payload system inspired by conventional containerized shipping, FLEX is versatile enough to be used for exploration, cargo delivery, site construction and other logistical work on the moon, the company says.

“For humanity to truly live and operate in a sustained way off Earth, there needs to exist an efficient and economical network all the way from the launch pad to the ultimate outpost,” Astrolab founder and CEO Jaret Matthews said in a statement announcing the rover’s development.

If NASA adopts FLEX and its modular payload platform for Artemis, it would become the first passenger-capable rover to ply the lunar surface since Apollo 17, the last of six original U.S. manned missions to the moon, in December 1972.

Apollo’s astronauts found “they spent just as much time off the ground as on it at that speed, so it’s kind of a practical limit for the moon,” where gravity is one-sixth that of Earth, Matthews, a former rover engineer for NASA’s Jet Propulsion Laboratory, told Reuters in an interview on Wednesday.

While Apollo LRVs carried up to two astronauts seated at its controls like a car, FLEX passengers – as many as two at a time – ride standing in the back, driving the vehicle with a joystick either astronaut can maneuver.

The rover itself, with the approximate wheelbase of a Jeep, weighs just over 1,100 pounds but has a cargo capacity of 3,300 pounds, about the same as a light-duty pickup truck. 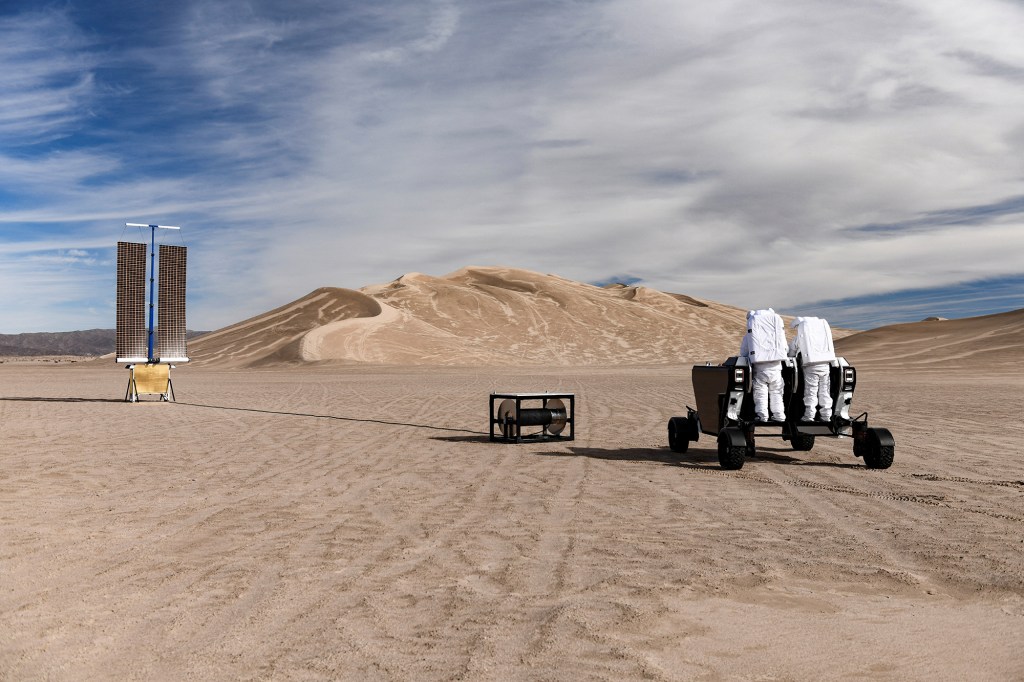 A prototype of Astrolab ‘s Flex lunar rover that will be able to be operated directly by astronauts on the moon or remotely by NASA’s engineers on Earth is tested in Death Valley National Park.ASTROLAB

With its solar-powered battery fully charged, the vehicle can run for eight hours with astronauts aboard and has sufficient energy capacity to survive the extreme cold of a lunar night, up to 300 hours in total darkness, at the moon’s south pole, Matthews said.

During the FLEX field test at the Dumont Dunes Off-Highway Recreation Area north of Baker, California, adjacent to Death Valley, the rover was piloted by retired Canadian astronaut Chris Hadfield, who is an Astrolab advisory board member, and MIT aerospace graduate student Michelle Lin.

Video showed the pair dressed in mock spacesuits riding on the vehicle over a sand dune and using it to transport and set up a large, vertical solar array.

“It was huge fun to drive the FLEX,” Hadfield said in the video.

Next post How to make the TB vaccine more effective