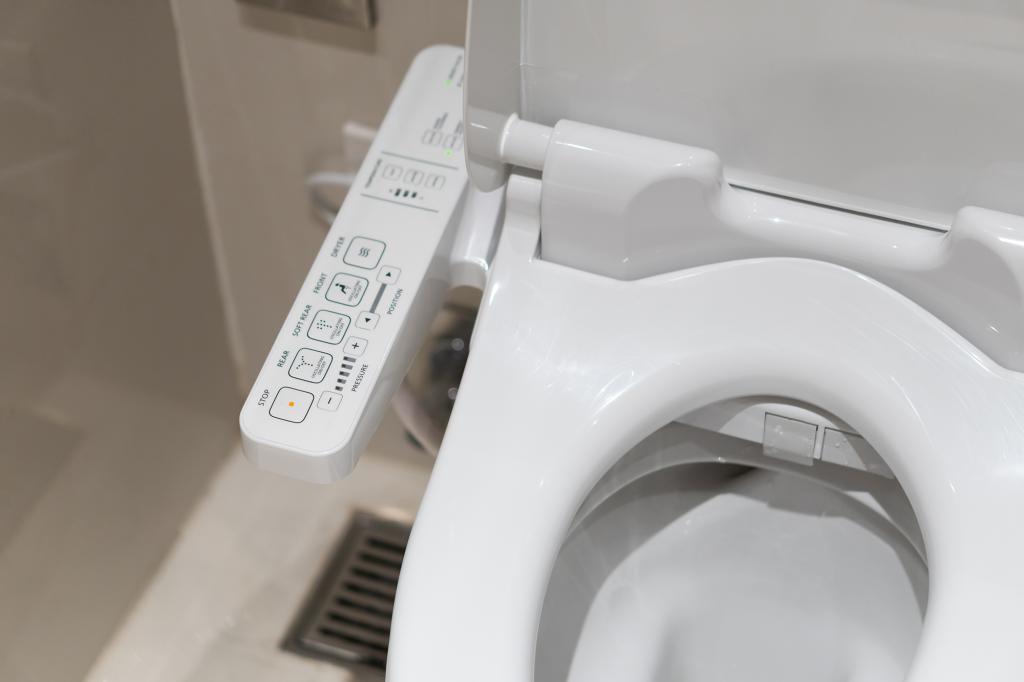 Google employees upset over the company’s decision to remove heated bidets from its offices may get some relief, after all.

Tushy, a New York-based bidet maker, has offered to step in after Bay-area Google employees, who are scheduled to return to the office beginning on April 4 — reportedly raised a stink over the company’s plans to remove heated bidet toilets from the office premises.

The tech giant started removing the Toto-branded toilet seats because they were in violation of California’s code for commercial buildings, according to Protocol, which reportedly saw a maintenance ticket ordering the removals.

Company staffers took to the internal meme generator to complain about the new policy, with one worker noting: “The removal of bidets in the office is my #2 issue with RTO,” referring to returning to the office.

“Many of our buildings are migrating to recycled water systems which cannot support bidets,” he wrote. 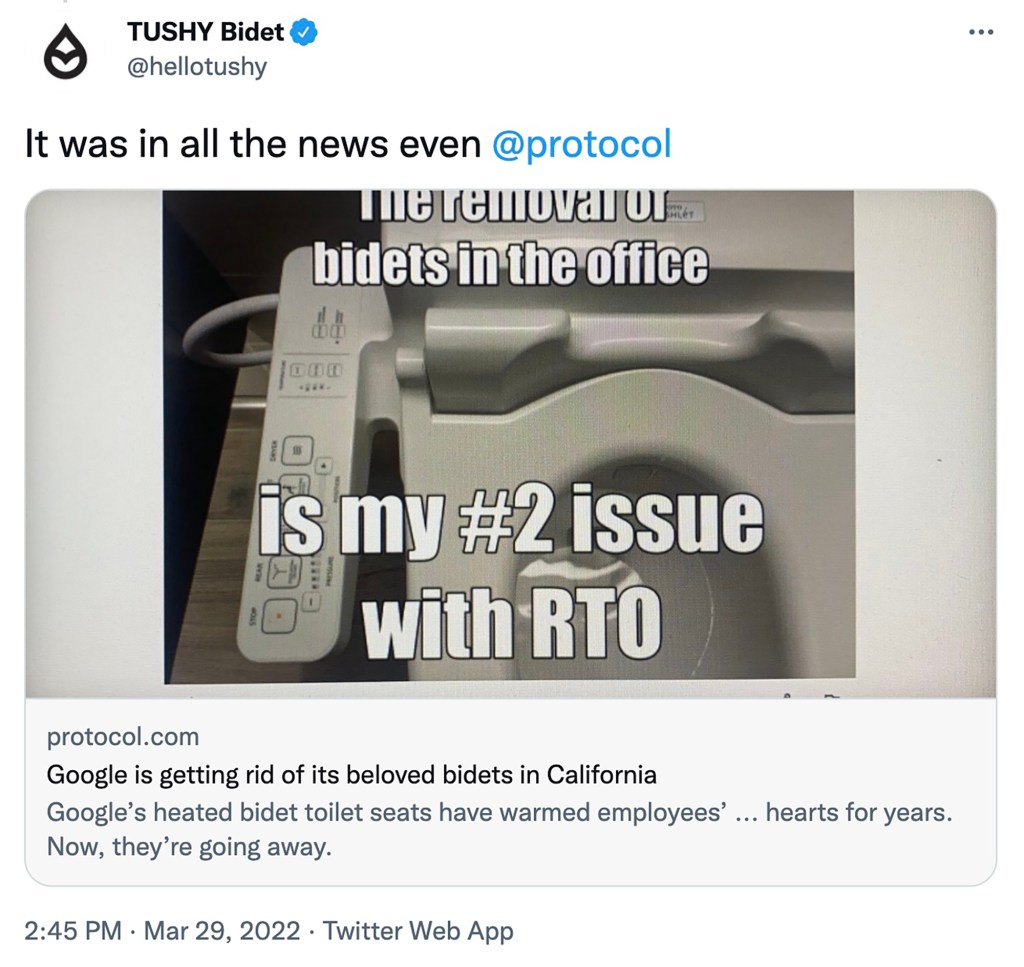 Googlers took to the internal meme generator to voice their displeasure over the company’s decision to remove heated bidets.Twitter

“It’s impossible to be a hands-on Googler if one hand is tied up itching a dirty butt,” company founder Agrawal wrote.

The Post has reached out to Google to inquire as to whether the Alphabet, Inc.-owned outfit will take up Tushy on its offer. 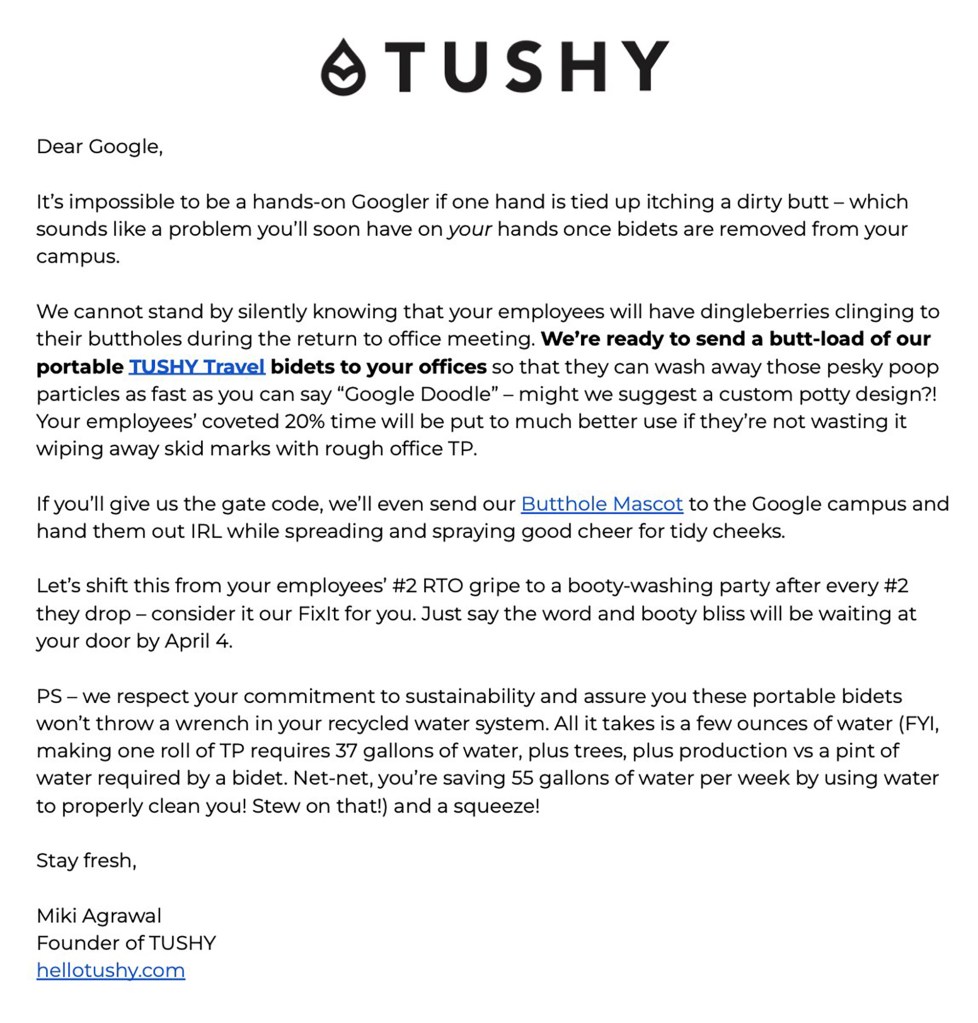 TUSHY is offering to send portable bidets to Google offices after the company ordered the heated bidets removed.Twitter

Bidet toilets are specially outfitted so that those who need to go to the bathroom can have a stream of water strategically aimed at the relevant areas.

In the old days, especially in Europe, bidets were placed alongside traditional toilets as an option to maintain hygiene.

The word “bidet” is French for “pony” or “small horse” — which is appropriate since the use of a bidet requires one to straddle it as if riding a four-legged animal. 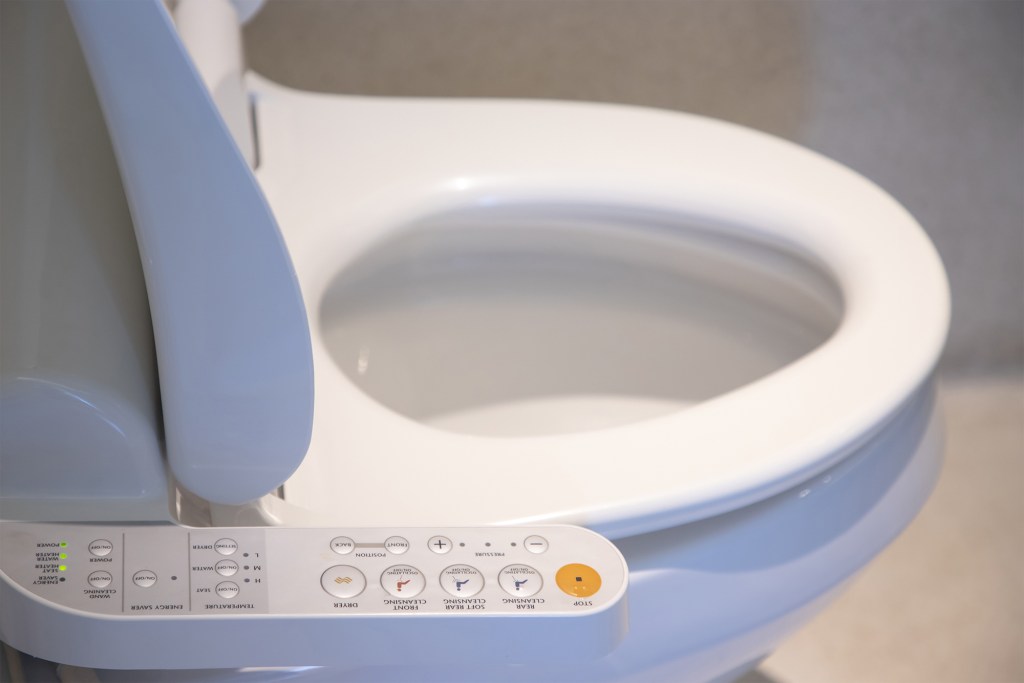 Proponents of bidets say that it is an environmentally-friendly alternative to toilet paper.Getty Images/iStockphoto

Bidets remain widely used in western Europe, South America, the Middle East, and Asia, but they have not caught on as much in the United States, where toilet paper is typically the sole method of cleaning one’s backside.

Proponents of bidets argue that it would be beneficial for the environment since it would save trees that are needed to be cut down in order to produce toilet paper.

In the early days of the coronavirus pandemic, sales of bidets skyrocketed as shoppers started panic-buying toilet paper.

Google employees will be required to return to the company’s offices for at least three days of in-person work per week starting on April 4, the company said earlier this month.

Next post No increase in pregnancy complications after COVID-19 vaccination, study finds