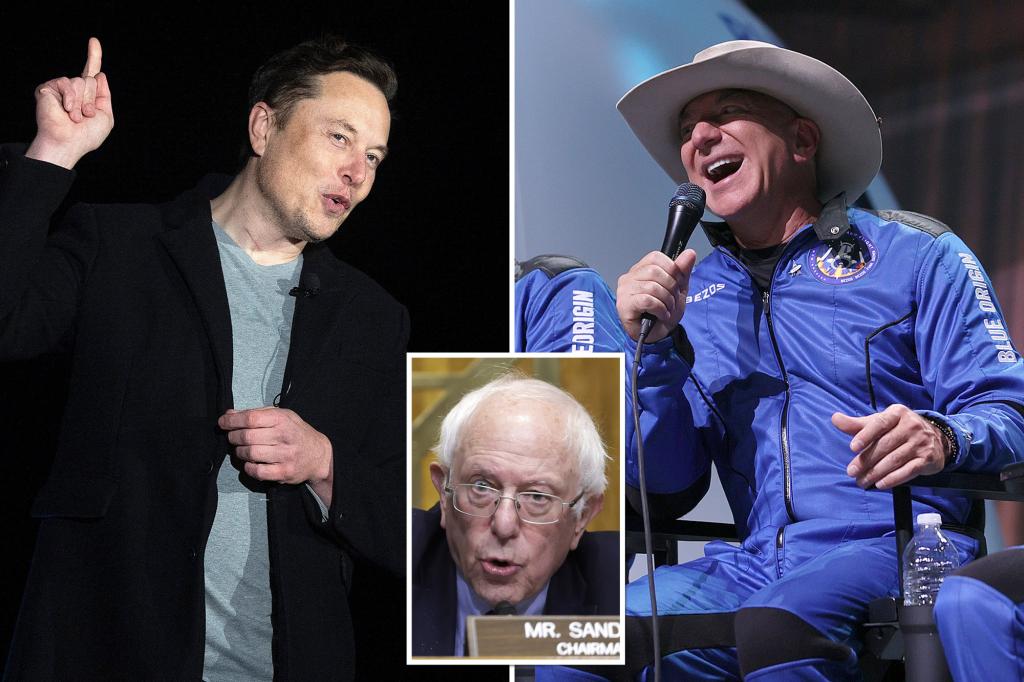 Sen. Bernie Sanders lashed out at Elon Musk and Jeff Bezos over their space ambitions on Friday – claiming in a scathing op-ed that the two billionaires are taking advantage of federal support to pursue even greater wealth among the stars.

Sanders (I-Vt.) warned that the burgeoning space race between Musk’s SpaceX and Bezos’ Blue Origin threatens to become a “vast boondoggle” that will “open up outer space to corporate greed and exploitation” rather than benefit the country.

“I am concerned that NASA has become little more than an ATM machine to fuel a space race not between the US and other countries, but between the two wealthiest men in America – Elon Musk and Jeff Bezos, who are worth more than $450 billion combined,” Sanders wrote in an op-ed for The Guardian.

Musk, who has said he paid the steepest tax bill in history in 2021, has sparred with Sanders on several occasions. Musk infamously slammed the self-avowed socialist last November after the senator called for the implementation of a new tax on billionaires.

“I keep forgetting that you’re still alive,” Musk said at the time. 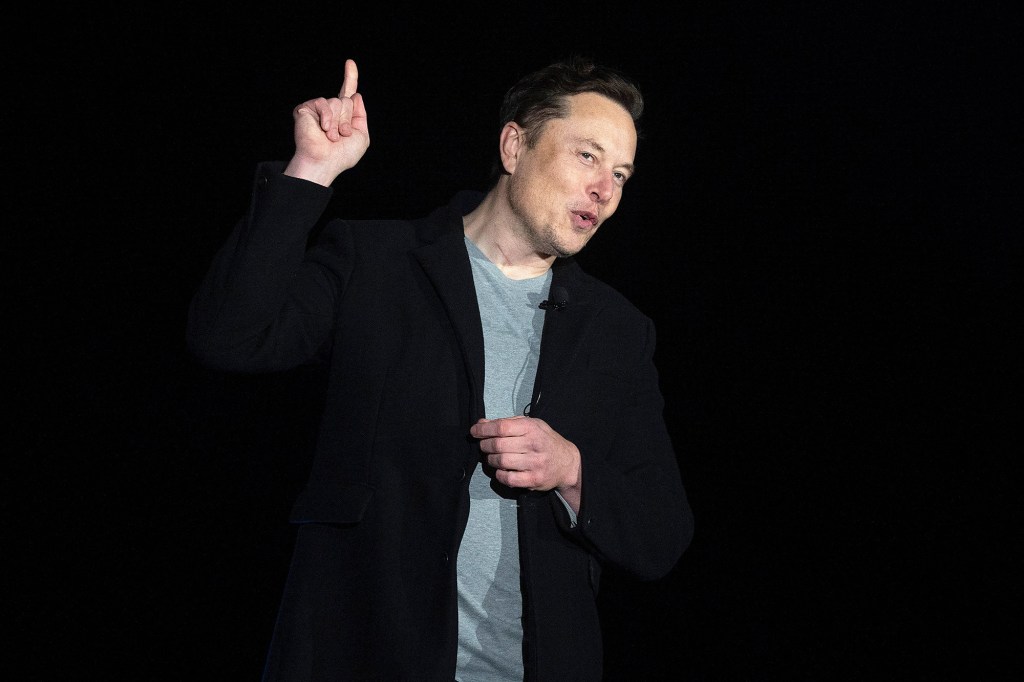 NASA has engaged with SpaceX and other privately held firms in recent years as it looks to achieve a goal of completing another mission to the Moon by 2025. The federal space agency awarded a lunar lander contract to SpaceX and recently indicated it would open bidding on a second contract to other firms – with Blue Origin expected to compete for the gig. 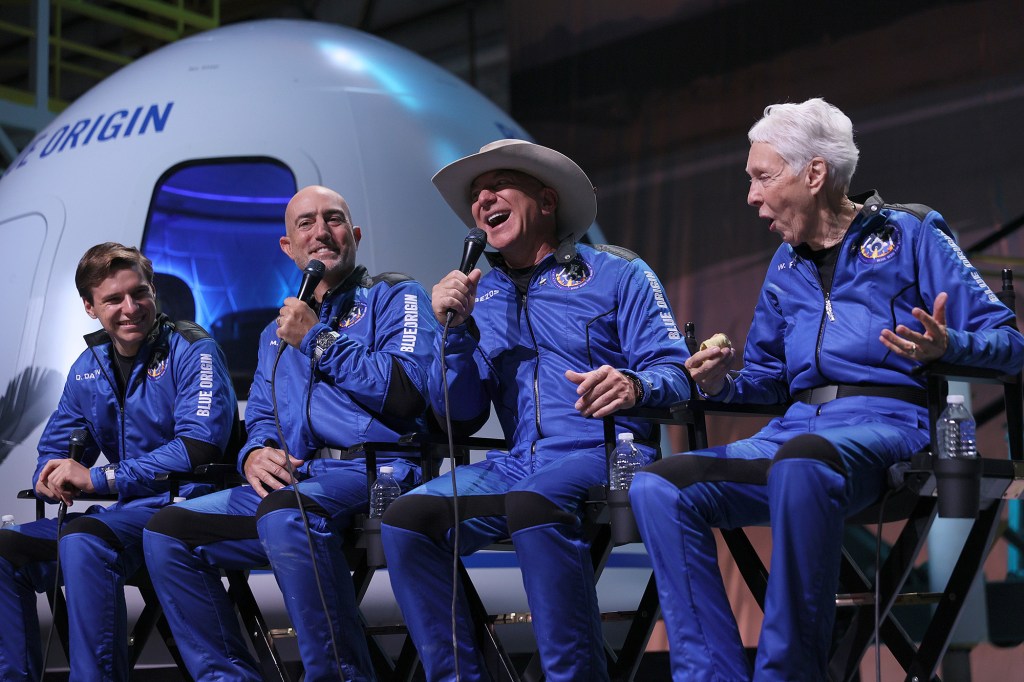 Sanders has vocally opposed a provision in Congress that would $10 billion in additional federal funding toward the development of lunar landers, Politico reported last month.

“At a time when over half of the people in this country live paycheck to paycheck, when more than 70 million are uninsured or underinsured and when some 600,000 Americans are homeless, should we really be providing a multibillion-dollar taxpayer bailout for Bezos to fuel his space hobby? I don’t think so,” Sanders said.

SpaceX and Blue Origin did not immediately return requests for comment. 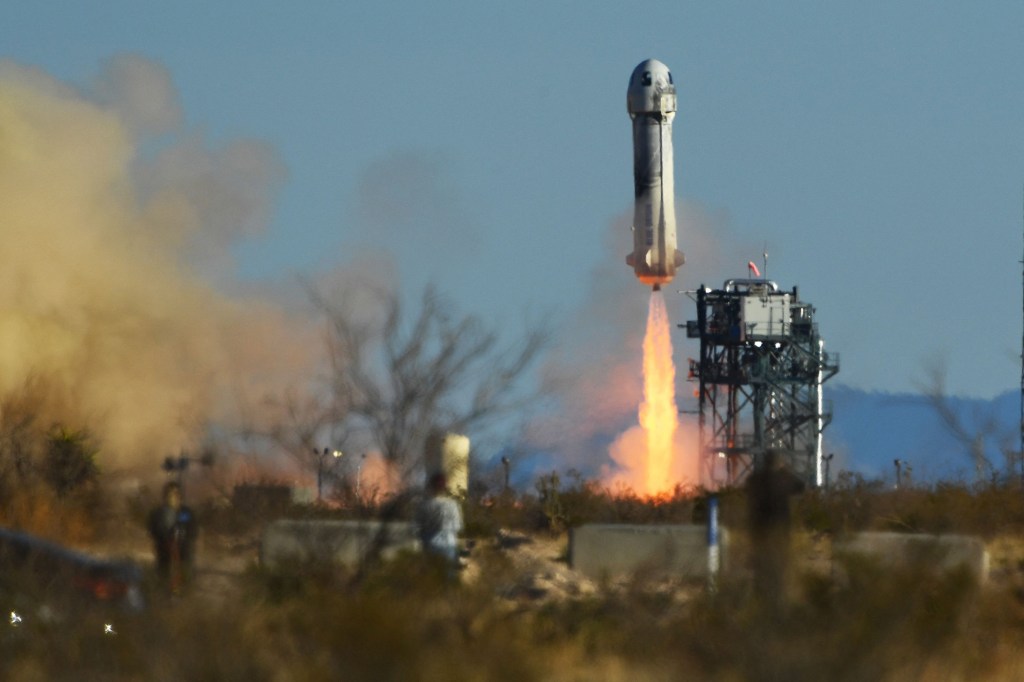 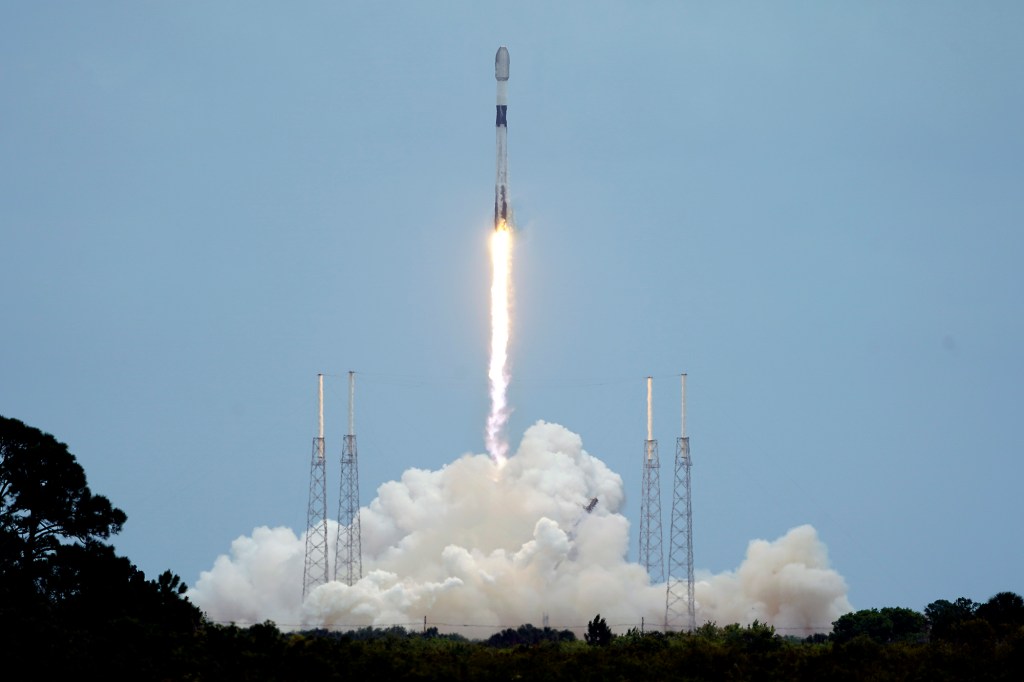 SpaceX was awarded a NASA contract to build a lunar lander.APJohn Raoux

Bezos and Musk are heated rivals in an increasingly competitive private space exploration sector. Both SpaceX and Blue Origin have conducted flights with civilian passengers as part of their space tourism efforts.

Earlier this month, Blue Origin unveiled a plan to conduct as many as 83 satellite launches over a five-year period as part of its secretive “Project Kuiper” broadband internet project – a service that will directly complete with SpaceX’s Starlink.

And before NASA opened up bidding for a second lunar lander contract, Blue Origin filed and lost a federal lawsuit accusing the agency of improperly awarding the first deal to SpaceX.

“The time is now to have a serious debate in Congress and throughout our country as to how to develop a rational space policy that does not simply socialize all of the risks and privatize all of the profits,” Sanders added.